OR SHOULD THAT BE SATURDAY………. 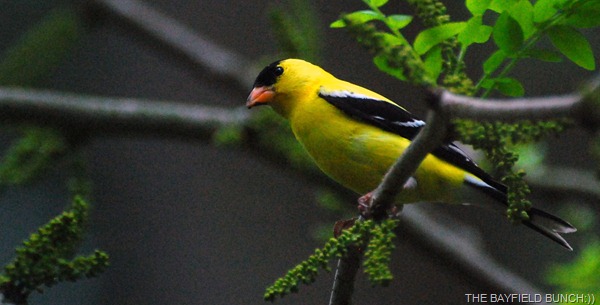 I think for most of the day I thought it was Sunday. I wonder why some days just feel different than other days & what would be the criteria for that. Today just felt like a Sunday. I don't know if I know what a Sunday really even feels like but if I did, today would have been one of those Sunday feeling days. Had to work on getting my feelings mode switched over to Saturday. I wonder what a Saturday feels like.......... 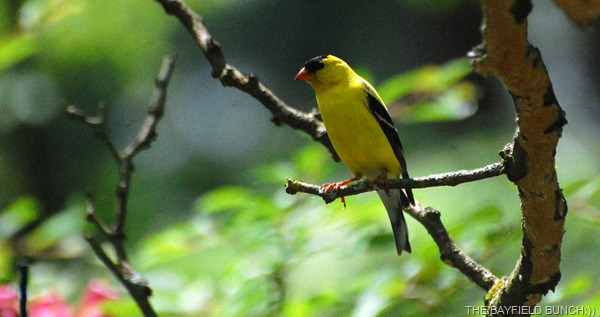 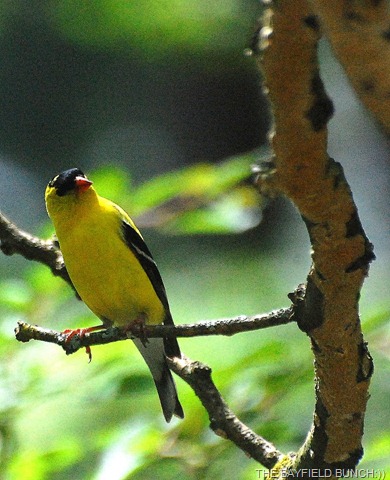 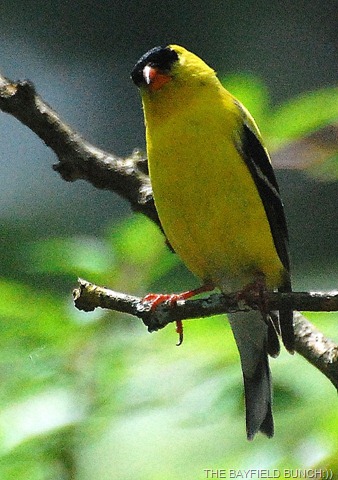 After nearly a week I was glad to finally see a couple Baltimore Orioles on the new feeder I had hung in a tree outside the sunroom window. Batteries from 3 of my 4 cameras were being charged in the kitchen at the time & my 4th camera was even farther away so no colorful orange & black Oriole photos today. A few years ago we had a couple male Orioles having quite a squabble in our driveway & I did manage to get a few hurried & blurry photos of that of that little spat. 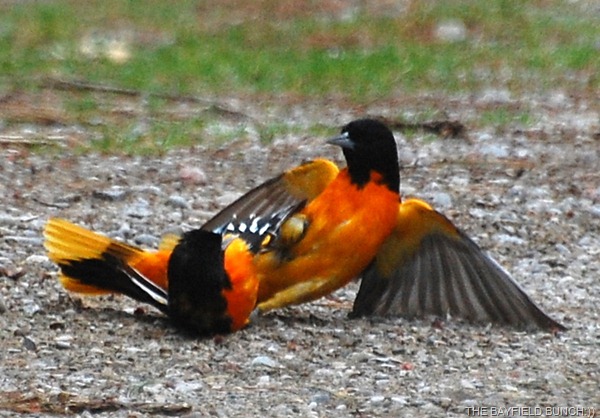 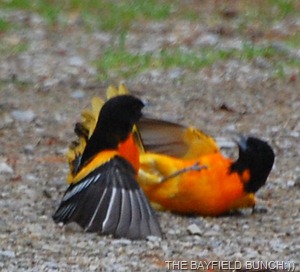 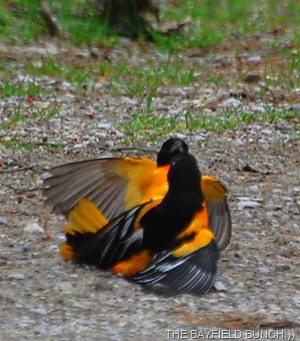 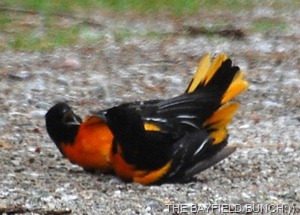 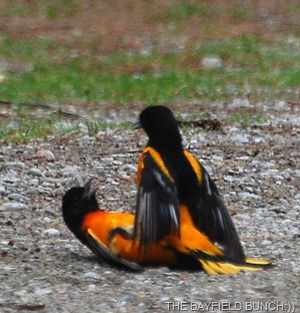 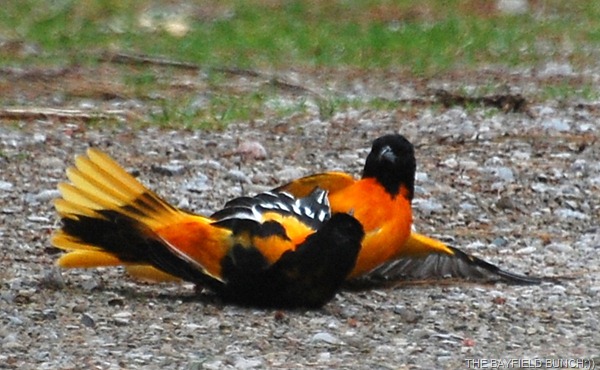 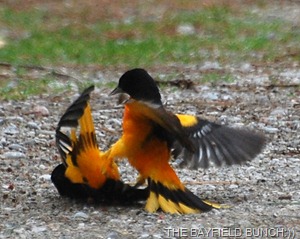 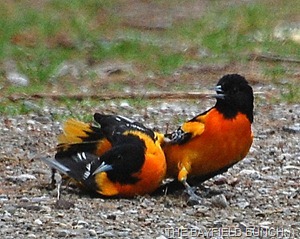 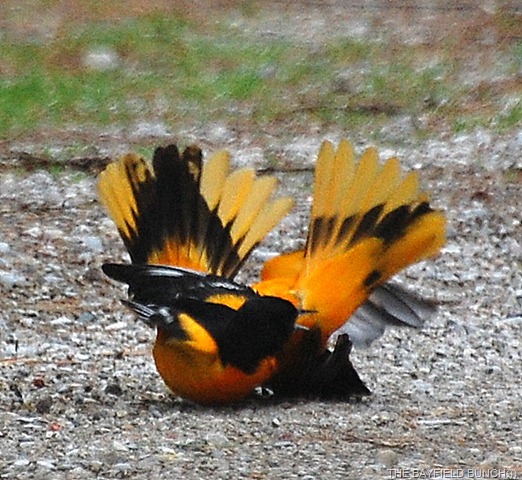 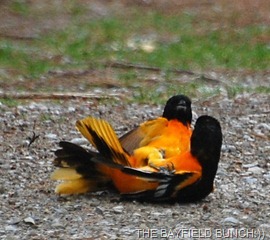 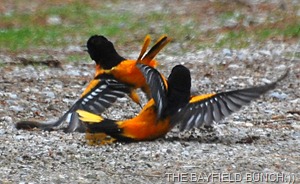 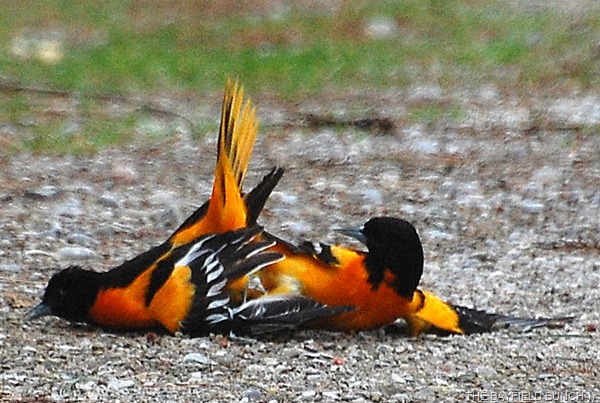 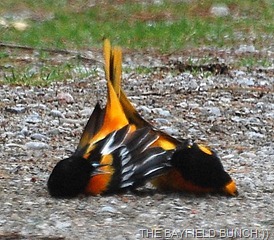 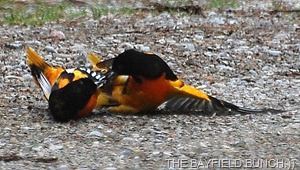 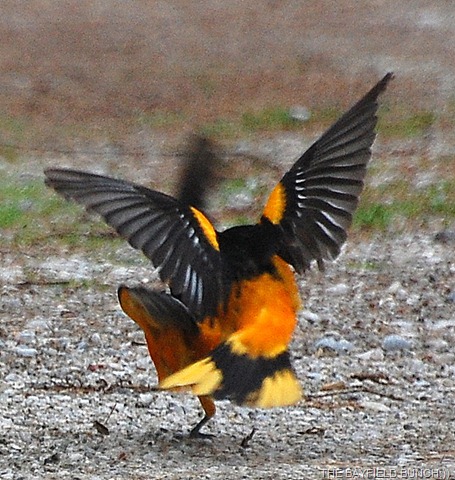 <<< BOTH THESE YOUNG FELLOWS FLEW AWAY UNSCATHED AFTER THEIR BRIEF ENCOUNTER IN OUR DRIVEWAY
I've noticed lately the older one gets the more thinking one does about the older one gets. Never seemed to have much time or interest in thinking about that years ago but somehow it now seems to be taking some large chunks out of my thinking time. Aging for many of us is not something we can deny forever. Everyone at some point reaches the honest realization that a either a rapid or subtle change is going in within themselves. I find it a slow somewhat confusing change as I struggle with it’s lack of awareness at times mixed with it’s subtle confusion at other times. Where is old anyway? Is it a number? Is it a condition? Or is it a state of mind. Technically I am 68 years old but know parts of me are much younger while other parts of course feel older. And when I am talking parts I am talking both mentally & physically. Somebody 20 years younger than me would consider me to be old & yet somebody 20 years older than me would consider me to be a youngster. Where does the line blur?  Who & what do I consider myself to be, & does it really matter how old I am anyway? See what I mean by the confusement of aging. Can you tell I'm having a slow Sunday. Or should that be Saturday???? 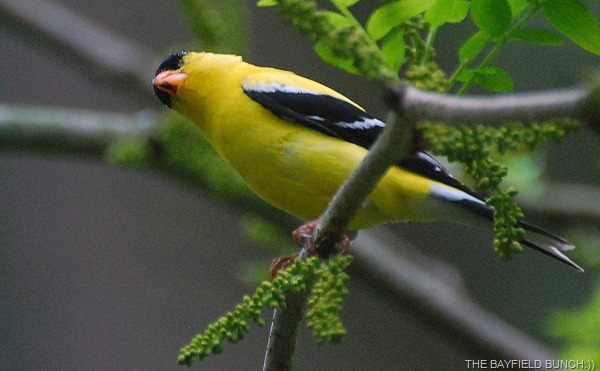 HEY, YOU LOOKIN AT ME KID

And some of you may have seen this before but for those of you who haven’t………..enjoy. (speakers on)  BIRDS OF PARADISE 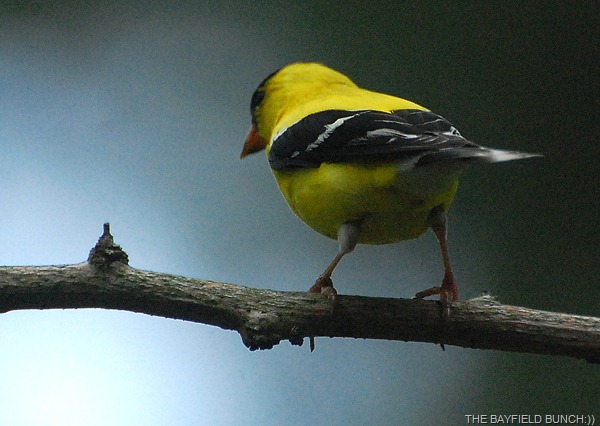 GROANER'S CORNER:(( A teacher at a kindergarten school is doing a science lesson and asks all the children to perform an experiment of their own choosing. After the children have been busy for a few minutes, she gets to the desk of little Johnny. Johnny has a Spider on his desk and she asks what he was doing.

The experiment continues in the same vein until Herbert, the Spider, has one leg left (the teacher at this point is totally mortified). Johnny then bends down to the Spider and again removes the last leg so that Herbert is now just a blob and again he whispers "Run, Herbert, Run" but Herbert doesn't move. He repeats the command again but a little bit louder. After several attempts, Johnny is now shouting at the spider "Run, Herbert, Run" but still no movement. Johnny then looks at the teacher and she asks "Well, Johnny, an interesting experiment, but what are you trying to prove with it?" Johnny replies, "Well, Miss, the experiment proves Spiders with no legs are deaf".  (we all knew that, right)