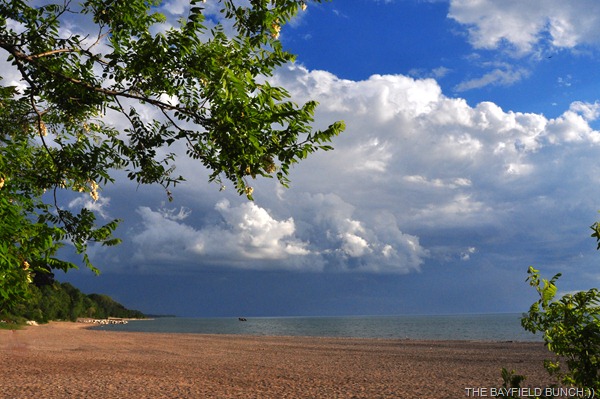 Started our day off with heavy fog & rain.  No morning trail walk.  Not a good way for AL to start the day.  And the weather map showed rain lasting for most of the morning.  Kelly slipped over to DEER PARK LODGE.  Again, sitting around the house was not an option for me.  Despite the heavy rain, Wiggly Buns & I took off in the Jeep.  Had a Tim Hortons coffee shop card in my pocket so that was our first stop.  Our neighbor has some nice solar lights in her garden that we liked so my main mission this morning was to head into Walmart & have a look at those garden lights.  Two jugs of Cranberry juice, some yogurt, a small bag of birdseed, & I was back out of the store in less than 10 minutes.  Had a nagging feeling I had forgot something. A RAINY MORNING’S DRIVE TO GODERICH 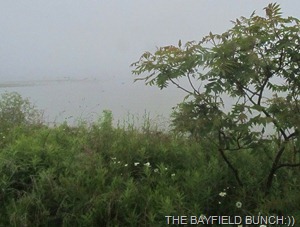 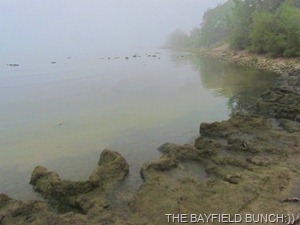 A FOG SHROUDED LAKE HURON ALONGSIDE THE DOG WALKING AREA

Rain was beginning to let up so Pheebs & I took a cruise down along the beach.  Noticed there were no cars at the dog walking area so we stopped for a quiet uninterrupted walk along the shoreline.  Bonus.  Because of the gloomy weather I had not brought my Nikons along but did have my Canon Powershot point & shoot on my belt.  Tonight’s foggy beach pics were taken with the Canon.  Knew the country roads would be a muddy mess & with the clouds sitting on the ground we just slipped on through the fog & headed back home.  And that nagging feeling I had forgot something……………yep, totally forgot to look at the solar garden lights!!  And speaking of neighbors, a big thanks to whoever went out of their way to take their riding lawn mower along the narrow path we had through the tall wet grass alongside the Goose pond.  Makes for much easier walking now.  We much appreciate that & our shoes & pants will stay much dryer now. 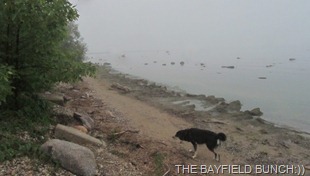 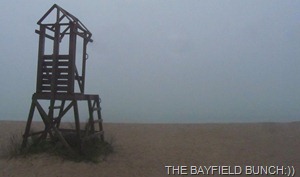 SOLITARY LIFEGUARD TOWER AT THE BEACH 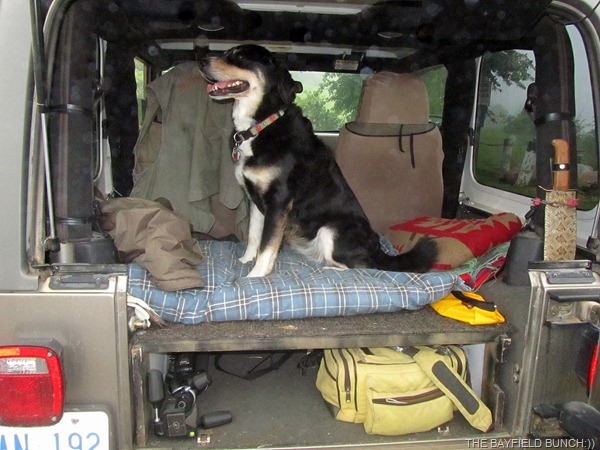 Fog lifted around noon & by 2 we were under welcome sunny skies.  Kelly was home by 3 but had to lie down for awhile.  Energy levels are better than a week ago & the hacking cough she had for so long is finally gone but she is still bothered by pains in her chest & shortness of breath.  We are hoping her latest echocardiogram is going to pin point something which will enable her to start on a recovery program of some kind. 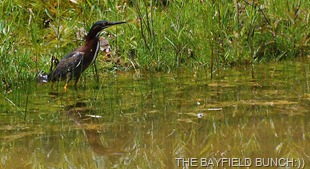 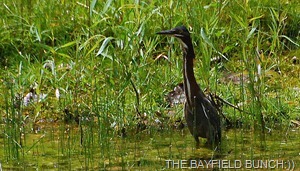 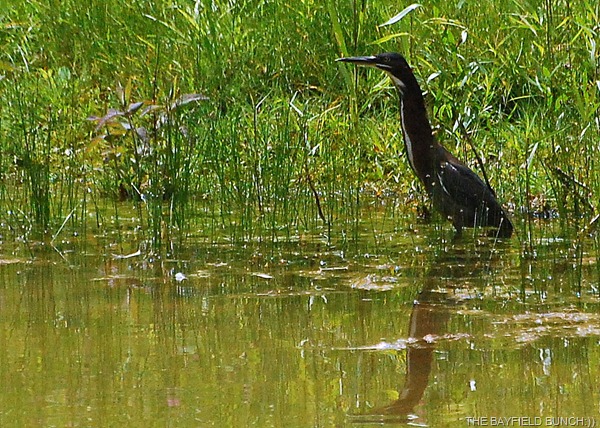 I don’t know why my left foot is bigger than my right foot but it is.  Last two pairs of shoes I had seemed to have a smaller left shoe.  Or more likely, I have a bigger left foot.  It’s a recent development & never had that problem before.  Don’t think it’s connected with my leg/hip problem because that is my right leg.  Wondered if anyone else has encountered this. 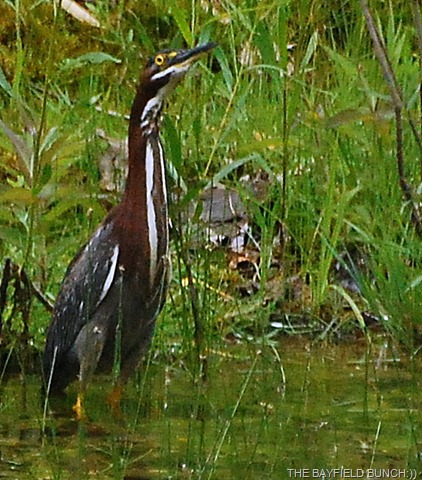 Father’s Day is always kind of a lost day for me.  My Mother & Dad were divorced when I was a small child but I still very well remember the difficult & turbulent times.  I would see my Dad from time to time over the years & I always liked him.  He was a humorous guy & always willing to help me with anything he could whenever he could.  Probably saw more of my Dad in the last 9 months of his life than all the times I had seen him in the preceding 48 years.  My first ever memory of my Dad was a motorcycle coming down the road in the small village of Tavistock Ontario.  It slowed & pulled over to where I was standing.  It was my Dad & it was the late 40’s.  I too am a Father, yet I never experienced being a Father.  It is an important part of my life that I missed.  Saw my Son the day he was born & once after that about a week later.  Never saw him again for about 18 years.  Came home one day back in 92 to a voice mail on my answering machine which said, “Hi, my name is Sean & I think you might be my Dad”.  I was.  It’s a long story & a story with no end.  Father’s Day has always been a confusion of lost feelings for me…………………………..

GROANER’S CORNER:((  Two guys, one old, one young, are pushing their carts around Wal-Mart when they collide.  The old guy says to the young guy, "Sorry about that. I'm looking for my wife, and I guess I wasn't paying attention to where I was going." The young guy says, "That's OK, it's a coincidence. I'm looking for my wife, too...I can't find her and I'm getting a little desperate."  The old guy says, "Well, maybe I can help you find her...what does she look like?"  The young guy says, "Well, she is 27 yrs. old, tall, with red hair, blue eyes, is buxom...wearing no bra, long legs, and is wearing short shorts.  What does your wife look like?' To which the old guy says, "Doesn't matter, --- let's go look for yours."