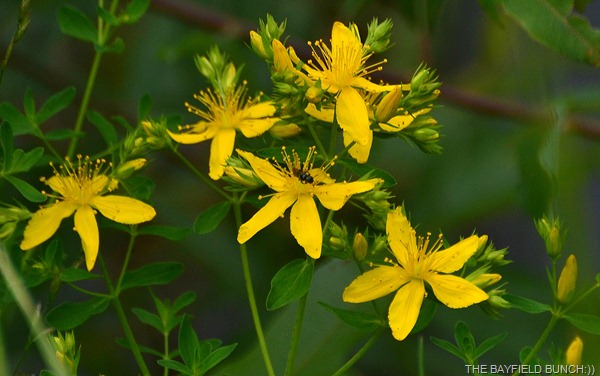 Winnie the Bago beckoned to me this morning from her sheltered spot in the shaded Pines just off the end of our driveway. "Come on" she said. "Let's go for a spin". Kelly had already headed off in the Jeep for the Goderich hospital to drop off some medical stuff so Pheebs & I didn't need any coaxing to climb aboard the Winnie Wagon. Cranked up the A/C & under cloudy skies we headed on down the road for a big country cruise around the block. Winnie was just as happy as we were to be out & about on the road going somewhere. 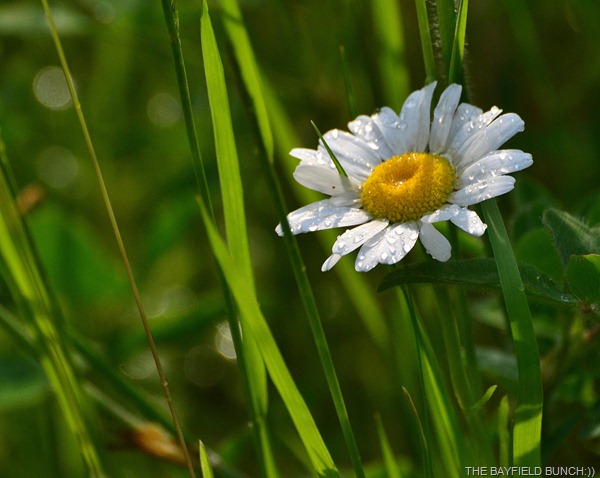 Rolling into the south end of Bayfield on the way back we stopped to see our friends Di & Harry at STORMRUNNER RV SALES & SERVICE. Pheebs wanted to stop in & touch noses with George & Sport. They are the 4 legged half of the Stormrunner bunch. Harry & Di usually RV in one of the newer model RV's they have on the lot but 2 winters ago they rolled through the South-West in their truck camper. We met them in Bisbee Arizona for breakfast. Nice folks & if your in the area & looking for a new or used 5th wheel just stop on by & have a chat with Di & Harry. 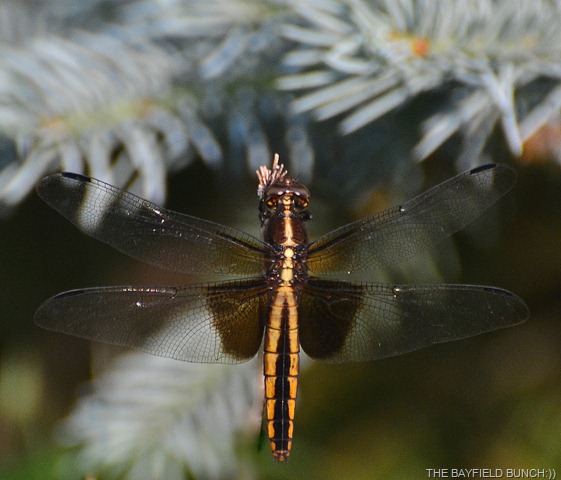 The confusion over Kelly's Valley Fever test results continue. Dr. Heffner's office in Stratford phoned late this morning scheduling another Stratford appointment for Aug 1rst. Another round of blood tests two weeks before that appointment as well. Kelly had phoned them 2 days ago saying she was told her Valley Fever test was back at the lab in the Goderich Hospital. Dr. Heffner's office phoned the Goderich lab & were told 'no' the test results were 'not back'. So Kelly then phoned the Goderich Hospital saying she was there 2 days ago & had been told the results 'were back'. Today she was told the results were 'not back' & in fact were still at the Public Health Department in London Ontario. Kelly continues to improve but the Valley Fever folly continues. 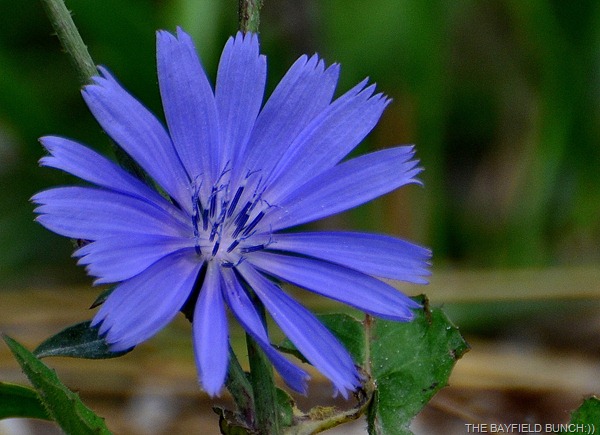 Note to commenter Martha on Wednesday night’s post from commenter Donna regarding switching from Hotmail to Outlook…….“In order to print email: When you have an email open across the top toolbar it will say: New Reply Delete Archive Junk Sweep Move to Categories then there are three dots. Click on the dots and more tools will show up, one of them is Print”. 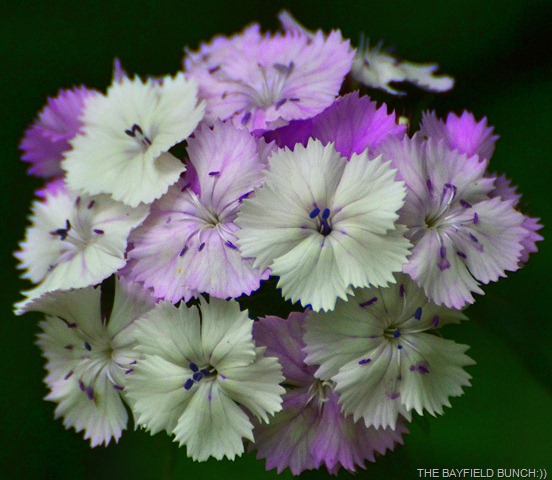 Contessa over at 5C'S QUE PASA went into surgery this morning for a hip replacement. Anyone having any hip problems or facing hip surgery might be interested in how she made out & how she feels about it all when she gets home.  At the moment Contessa’s Mother is not well so she if facing some difficult times in the days ahead. Contessa is one who writes from the heart. 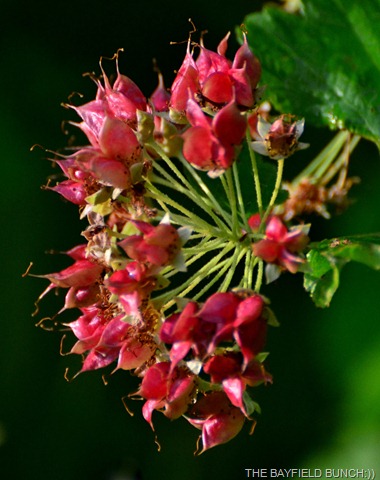 Had a comment question about one of my flower photos in Wednesday night's post & how did I get the black background. Photo was taken in full daylight but a few factors contributed to that purple flower shot. First & foremost, if your going to do any kind of creative photography it is best you have a DSLR (Digital Single Lens Reflex) camera. This gives you the option of changing lenses & it gives you a necessary view finder. When it comes to bugs, birds, frogs, flowers, etc I use a 75-300mm lens. Almost a hundred per cent of my close-up photos are done at a full 300mm. This enables me to accurately see & fill the view finder with the subject & that is important. It is the subject matter (flower) filling the viewfinder which the camera's exposure meter reads. If the subject matter is light colored or has sunlight on it the exposure meter will try to compensate for the brightness by darkening the overall photo & that is one of several factors that will darken the background in the process. There are other factors at play as well. I have my camera tweaked to underexpose my photos by one full stop making it again darker. A telephoto lens can also allow a subject to be distanced from it's background in some cases. Distance between that purple flower & the background was about 8 feet & the background was in shade. And composition is an important factor. Try to position your lighter subject against a dark shaded background.  I sometimes try to position myself between the lighter subject & a darker tree trunk maybe 3 or 4 feet in the background.  Always remember to check & see what is behind your subject. 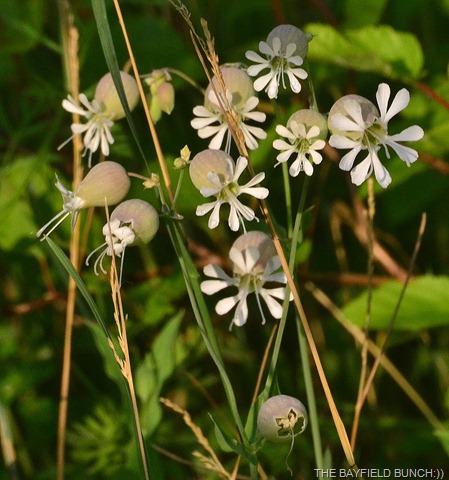 There are far more places in the South-West we have not seen than there are places we have seen. But the places we have seen will remain with us forever. While spending time in South-Eastern Arizona ranch sitting for 4 years we were very fortunate to have spent time exploring around that whole area. (each colored link below represents one day in the life of the Bayfield Bunch) We have WALKED THE VERY TRAILS OF COCHISE & GERONIMO in the Chiricahua & Dragoon Mountains. STROLLED THE STREETS OF TOMBSTONE ARIZONA & picked our way through the remains of half a dozen long forgotten ghost towns such as CHARLESTON & MILLVILLE, GLEESON, COURTLAND, FAIRBANK, & PEARCE.  Old western historic sites like the TEXAS JOHN SLAUGHTER RANCH, BISBEE, & the border towns of NACO & DOUGLAS. We found JOHNNY RINGO'S GRAVE as well as ONE OF TOMBSTONE'S EARP BROTHERS. Hiked into FORT BOWIE & saw the ruts of old stagecoach trails. Stopped at a Spring where Cochise & his Apache band gathered water. Walked on grounds where Indians & American Cavalry battled. Saw the graves of SEVEN CONFEDERATE SOLDIERS who lost their lives to a band of roving Apaches. Walked, driven, & hiked the Huachuca Mountains & STOOD ATOP CORONADO PEAK gazing for miles into the lands of Mexico. We have stayed in Columbus New Mexico where Pancho Villa invaded the United States way back in 1916. Walked the huge underground passageways of the Carlsbad Caverns & stood on both the NORTH & SOUTH rims of the Grand Canyon. Our list goes on & on & yet we have barely scratched the surface of what the South-Wests historic past has to offer. My only regret is that like many other RV travelers we were not able to begin our RV travels long before we did. My advice to folks with dreams of traveling some day is to make those dreams happen just as soon as you can. The earlier you begin your traveling lifestyle with good health the happier you are going to be.  You are going to be able to walk & hike to many places a younger body can take you.  Do it while you can.  If at all possible do not wait until your aging body cannot take your restless mind to where it want’s to go.  Trust me on that one.  Don’t know how many times while traveling over the past 7 years the thought has rattled through my head, ‘wished we could have somehow started this great RV lifestyle a whole lot sooner than we did’. 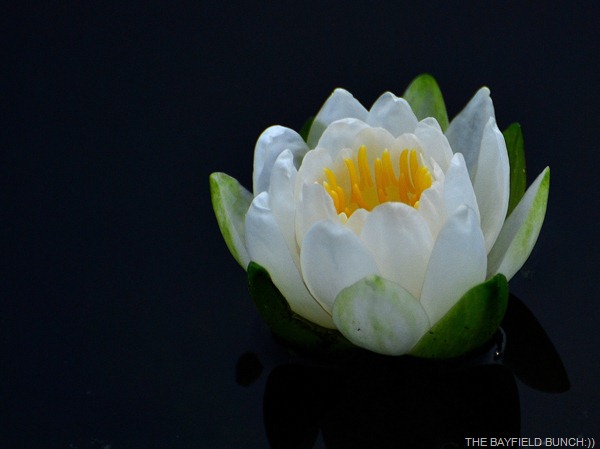 GROANER'S CORNER:(( The phone rings and the lady of the house answers, 'Hello.' 'Mrs. Sanders, please' 'Speaking.' 'Mrs. Sanders, this is Doctor Jones at Saint Agnes Laboratory.  When your husband's doctor sent his biopsy to the lab last week, a biopsy from another Mr. Sanders arrived as well. We are now uncertain which one belongs to your husband. Frankly, either way the results are not too good.'  'What do you mean?' Mrs. Sanders asks nervously. 'Well, one of the specimens tested positive for Alzheimer's, and the other one tested positive for HIV(aids). We can't tell which is which.'  'That's dreadful! Can you do the test again?' questioned Mrs. Sanders. 'Normally we can, but Medicare will only pay for these expensive tests one time.'  'Well, what am I supposed to do now?'  'The folks at Medicare recommend that you drop your husband off somewhere in the middle of town. If he finds his way home, don't sleep with him……………..