AND THAT WAS THE END OF ANOTHER SHORT LIVED DREAM 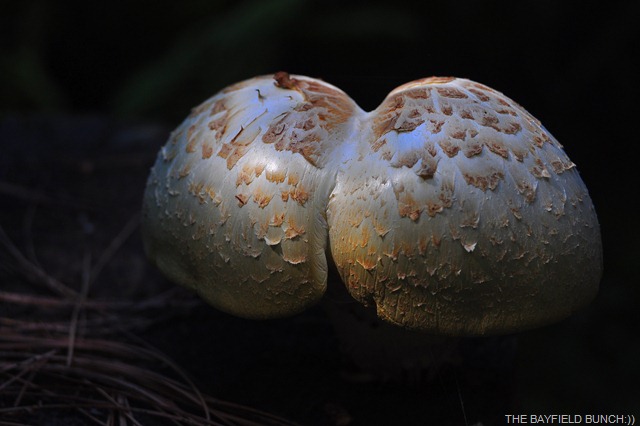 Rains came in the night & lasted till noon.  Kelly slipped over to Deer Park Lodge around 10 for about 4 hours.  With the Sun’s appearance shortly after 12 o’clock Bumble Buns & I cranked up the Jeep & went for a short hour’s cruise through the countryside.  No A/C in the Jeep so we were home again by 1.  Remained trapped in the house for the remainder of the day due to the heat & heavy humidity levels outside. 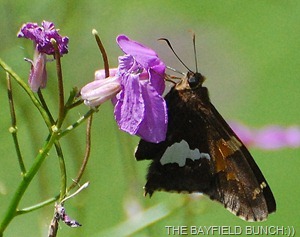 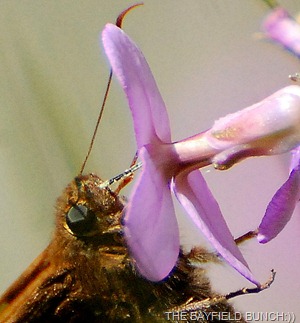 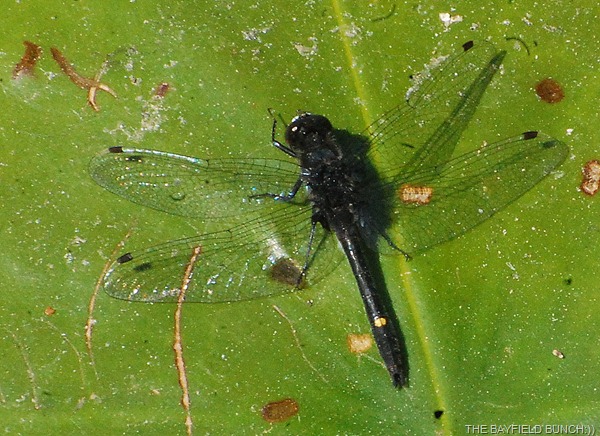 Yaaaay, my blog’s ‘Search’ bar is working again & I am able to access previous posts when needed.  No idea what was wrong or how long it hadn’t worked but no matter, all is good now & I am back on an even keel.  Doesn’t take much computer nonsense anymore to just simply tip me over the cliff.  Remember the big ker-fuffle I was in last summer when our Sitemeter counter wasn’t working properly for a week or two.  Scary!! 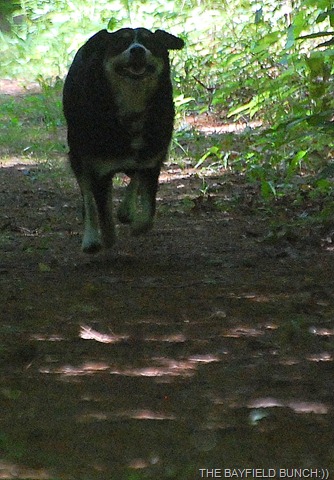 Thursday evening driving home from Goderich Pheebs & I came across a Real Estate ‘For Sale’ sign at a country crossroad.  Had an arrow pointing right so we took a drive down the road to have us a look.  Like I always say, you just never know & if you don’t look you are probably not going to find.  I’ve taken a number of drives out into the countryside these past few summers looking at properties for sale.  Most of course are way to expensive for us & the rest are usually an assortment of tumble down old places requiring a lot of work.  Sometimes the area itself is just simply unappealing.  When I drove by this place the other night it’s location, grounds, & house, just knocked my socks off.  My kind of place to a T.  Solid brick renovated school house which backs on to a forest, no visible neighbors, big shade trees yet visible skies just a short walk away.  One of those places I would just have driven in, walked up, knocked on the door & made them an offer had we been in the financial position to do so.  And that was just because of the glimpse I had from the road.  Just the ideal setting for us right here in our own area.  I already suspected it would be way out of our price range & I was right.  Soon as I got home about 10 minutes later Kelly looked it up on the Internet……….$379,000:((  Yeouch!!  And that was the quick end of yet another short lived dream.  But for anyone with a few extra dollars in their pocket looking to invest in a nice cozy house & one acre property near the lake in South Western Ontario I would sure recommend this place.  And if you needed a kindly ‘slightly Senior’ couple to move in & look after the house & property for you………I know just the folks.  And they have a really sweet little dog too:)))))  HOUSE & PROPERTY FOR SALE 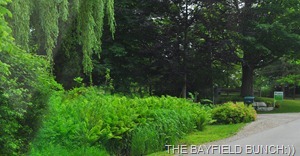 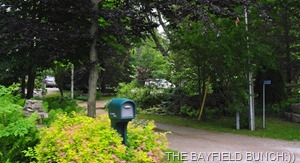 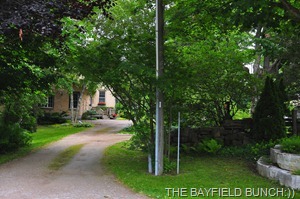 MY IDEA OF QUIET COUNTRY LIVING 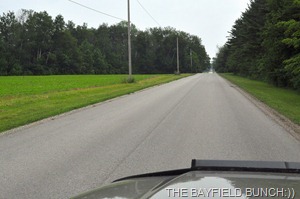 I seem to recall someone asking a question a few posts ago about the nicknames I have for  Pheebe.  That of course reminded me of a post I wrote back in 2010 when we still had Max, Checkers, & Cora.  My ‘nickname’ paragraphs start about half way though that post entitled, SIR FROG-A-LOG, LADY FLOP-A-LOT, & LITTLE WEINERLY BEANS.

Had intended to write some stuff about my new watch but haven’t been able to decipher the miniscule printed instruction paper that came with it.  Couple things I do know though.  It’s a ‘sports watch’ & has a stop watch feature which of course holds no real interest for me unless of course I could set that stop watch to see how many seconds it would take me to totally lose patience with trying to figure out all the watch techno stuff.  Something about chiming every hour & setting alarms etc too.  Only alarm so far is my own alarm at having a watch with a bunch of techno wizardry I don’t need.  It was one of the only watches in the case that actually had hour & minute hands large enough for me to see.  Awwww quit yer griping AL, the watch is just fine.  Hey, wonder if I tossed it out the window I could sit back in my recliner & watch time fly………….:))

Welcome to VAL ROBERTS as our 580th Blog Follower.  It’s a slow growing list compared to a few years ago but it does continue to grow now & again.  Thanks for dropping by & keeping our Blog Followers list alive:)) 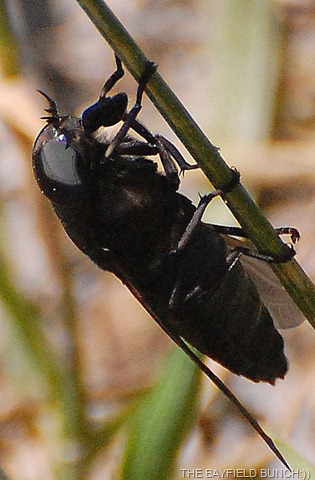 I DON’T KNOW WHAT THAT BLACK BUG IS EITHER >>>

And here’s a little something of interest sent in a few days ago as a comment by Mr. Ed from the FLIP FLOP RESORT INN at that Port St. John Florida place………………."Supermoon" peaks on Sunday, June 23, 2013.
A supermoon occurs when a full moon coincides with the moon being closest to Earth in its orbit, also known as perigee. The near perfect timing of these two celestial events makes the moon appear larger and brighter in the night sky.
The moon will be closest to Earth at 7:32 a.m EDT on June 23, but you will be able to see the supermoon shining bright on Saturday, June 22 as well.
Sunday's supermoon will appear 14 percent larger and 30 percent brighter than a regular full moon does, NASA scientist Michelle Thaller tells ABC News.
The June supermoon with be the largest in 2013 — the moon won't come this close to Earth again until August 2014 — but you can expect another supermoon on July 22. The last supermoon was on May 25.
While a supermoon does bring extra-high tides, the extra gravitational force is not big enough to produce any significant changes in seismic activity for those who are concerned that the moon's close proximity to Earth will trigger earthquakes and volcanic eruptions. 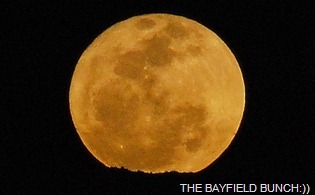 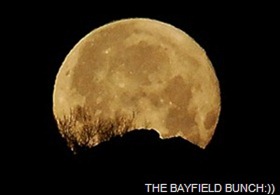 GROANER’S CORNER:((  A man goes to a psychiatrist and says, "Doc, my brother's crazy, he thinks he's a chicken." The doctor says, "Why don't you turn him in?" The guy says, "We would, but we need the eggs."