GLAD IT’S NOT LAST YEAR AT THIS TIME 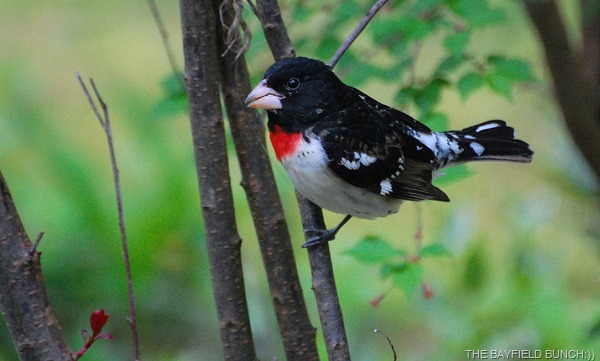 It’s not very often I make it through a whole day without taking about a dozen photos of something or another.  Today was almost one of those rare days until a pair of Rose Breasted Grosbeaks flew into the front yard after supper.  I had just sat down at the computer to start on tonight’s post.  Thanks for the photo op guys:)) 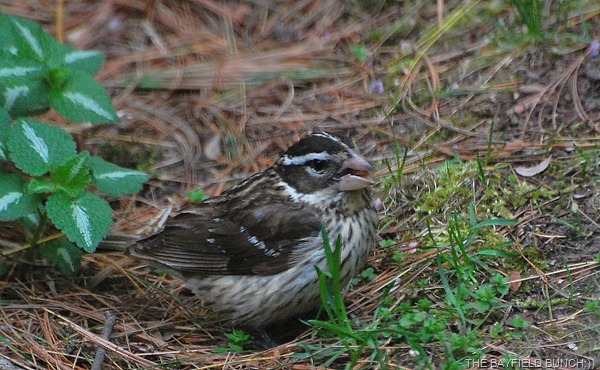 While re-arranging the sun room a bit today I came across a scrap piece of paper with a bunch of dates written on it.  I quickly realized the dates were from May last year.  There were 7 of them & they were all medical appointments regarding a large kidney stone I had.  That stone was finally eliminated in a laser procedure on May 28th.  Glad it’s not last year at this time. 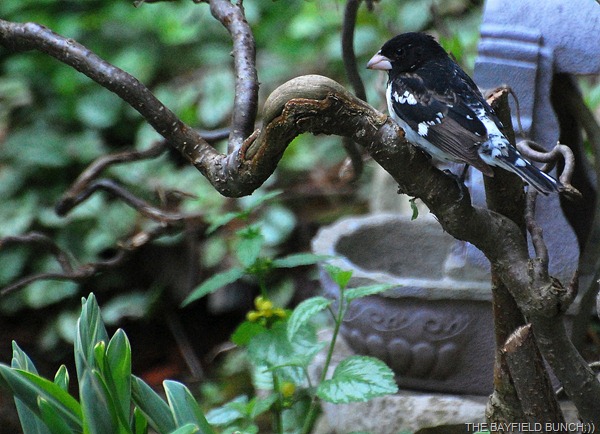 We are still patiently waiting for results from a few medical tests Kelly had last week.  She has not been feeling well & her Doctor confirmed a low grade fever today & said she is sending Kelly to an Internist in Stratford. 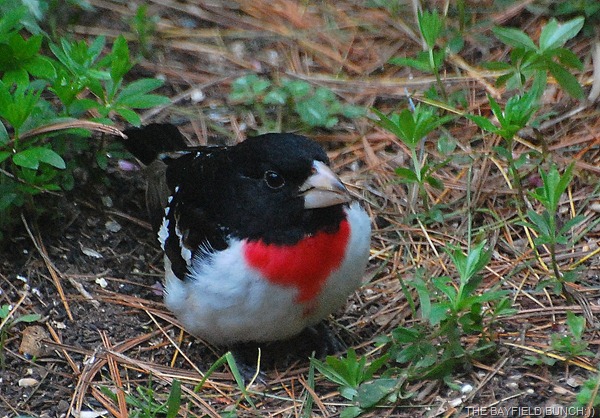