DIDN’T MAKE MUCH SENSE BUT WE DID IT ANYWAY 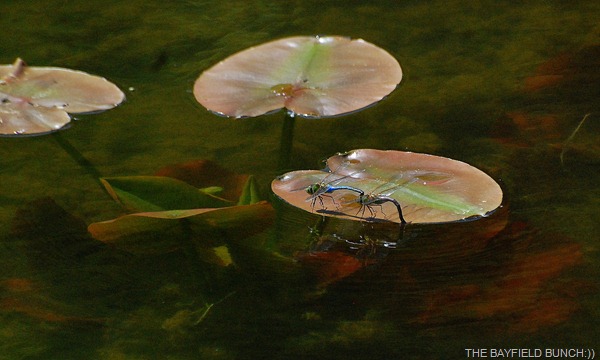 Despite having a nice morning going for us we only did about a third of the trail.  Kelly was tired & I was a hurtin.  That last line sounds like a country & western song title.  Maybe I oughta whup up a few words to go along with that. 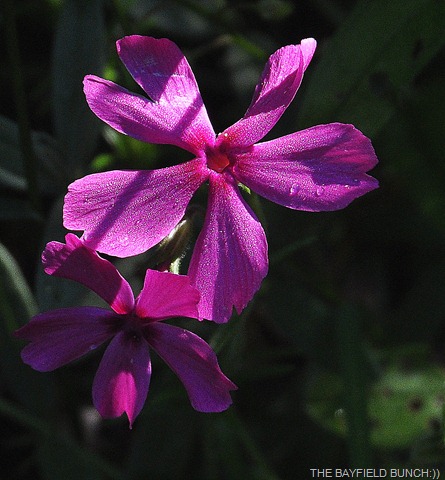 Feeling a little pooky about ourselves this morning I figured it was time to fire up the RV & at least get us out of the house for an RV fix.  I was needing a new Niger seed birdfeeder anyway so that gave us a purpose.  I know it doesn’t make much sense to drive a 10 cylinder RV 10 miles just to buy a birdfeeder when you have a perfectly good economical 4 cylinder car standing by.  In fact it didn’t make much sense at all but we did it anyway.  Some times, simply for pure psychological reasons it’s just best to do what you know you need to do regardless of cost.  And this morning just happened to be one of those doing it days. 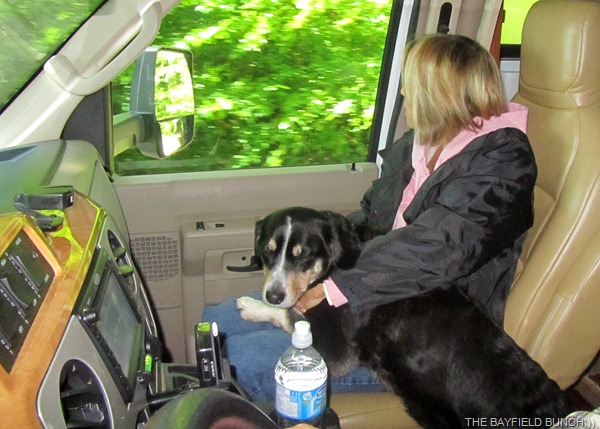 Kelly had a 50% off coupon for a couple of McDonalds’ large crispy chicken McWraps so figured that would justify our gas expense.  We needed some bananas anyway.  Even if we hadn’t had a destination this morning it was still a morale booster for us just to get out & do something different.   Nice to log a few RV miles watching our green Southwestern Ontario countryside roll by.  And, for Pheebs, it doesn’t matter what we are driving she’s just happy to be out for a ride in something going anywhere. 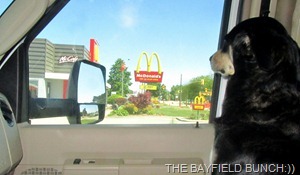 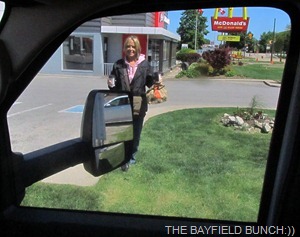 PHEEBS WAITS PATIENTLY FOR KELLY TO RETURN WITH SOME YUMMY McWRAPS

I have always been in awe of gifted individuals who are able to play any kind of musical instrument as well as the 14 year old girl plays guitar in this following video.  Maybe not everyone’s kind of music but it is the girls seemingly effortless relaxed & almost bored way in which she rocks this guitar that caught my attention.  Whether it be pianos, drums, horns, guitars, stringed instruments or whatever, I am always awe struck at how these people can do things like this.  I tried to learn Bass guitar one time back in the late 60’s.  Even took a couple lessons but aside from a few thumps, sproings, & thuds, all’s I was ever able to accomplish was a very annoying noise.   GUITAR SOLO (remember to skip the opening ad) 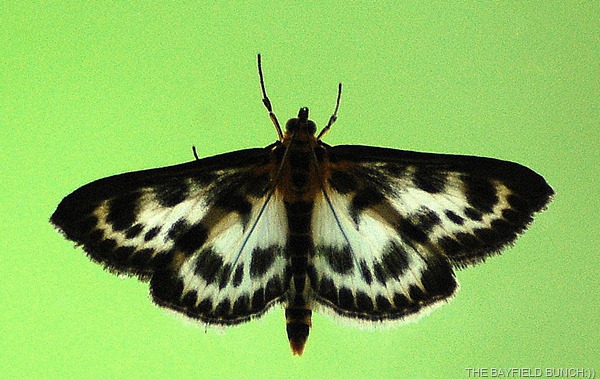 Despite some dizziness this morning Kelly is holding her own.  Energy levels are still on the low side but not nearly as much coughing today.  And the pain in her chest is not as bad as a few days ago.  She did have a few lay down naps so Pheebs & I had to keep our play times down to a dull roar.  No throwing doggy toys up & down the hall.  Kelly has not resumed her prescribed meds & in her own words tonight she said, “not a bad day.”  We’ll see how things go with the Specialist at the Stratford Hospital Monday. 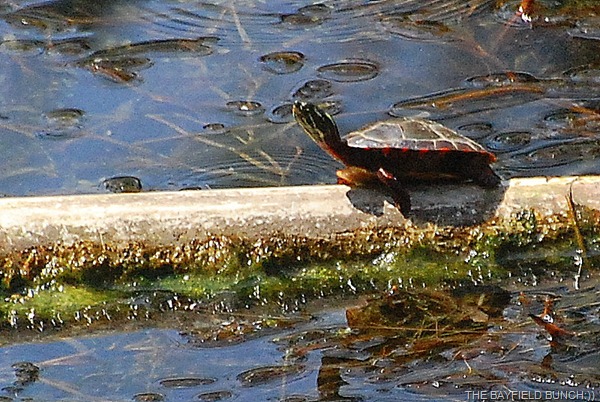 Hello to MARY TIPTON over there in our our Blog Followers box.  Thanks for stopping by Mary & welcome to the Bayfield Bunch.  Although a little under the weather at the moment I’m hoping we’ll be bouncing back soon & striking out on some new adventures this Fall.  Nice to have you riding along:)) 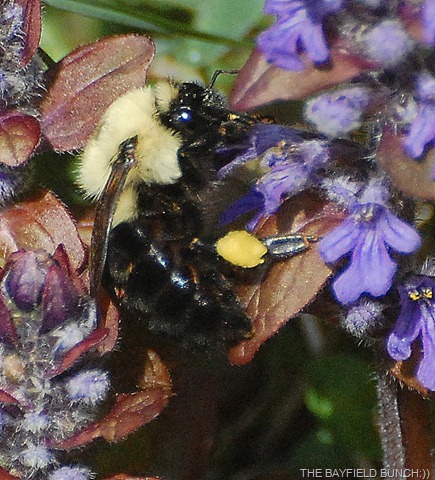 Always seems to be a bit of a confusing quagmire when it comes to lengths of stays we Canadians are allowed in the U.S.  Varies from Province to Province as well.  Rules & regulations seem to ebb & flow.  Noticed the folks over at 5C'S QUE PASA had a post Saturday addressing some of those issues.  Are you eligible to winter in the USA?

Feeling a little dis-kaboobered & stressed out?  Turn your speakers up a bit & relax a few minutes with the following video.  THERAPEUTIC 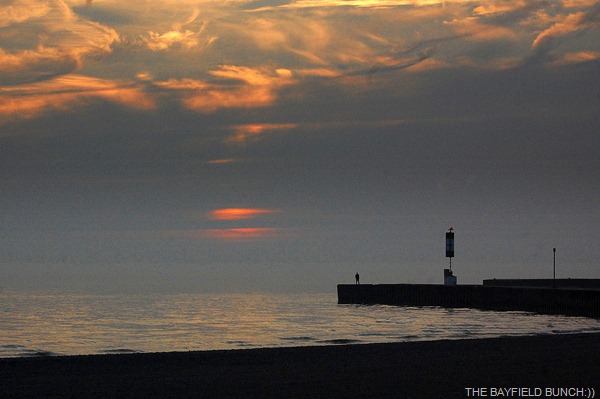 GROANER’S CORNER:((  The doctor's office was crowded as usual, but the Doctor was moving at a snail's pace. After waiting two hours, an old man slowly stood up and started walking toward the door.  "Where are you going?" the receptionist called out.
"Well," he said, "I figured I'd go home and die a natural death."