ANOTHER DAY - ANOTHER HOSPITAL WAITING ROOM:(( 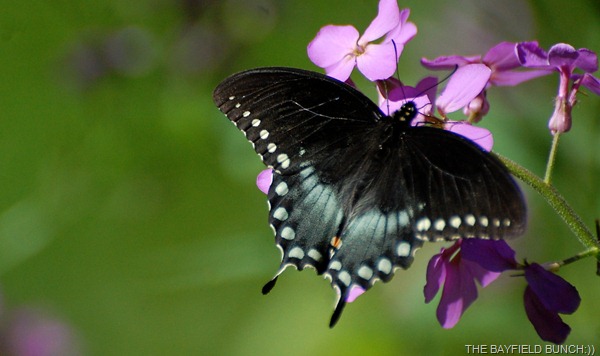 I didn’t make it out for our morning walk but Pheebs & Kelly made it all the way around the trail.  Kelly was again worn out by the time they got back.  A short rest & she was on the go again.  One little thing I would like to clear up over there in the Shout Box.  Kelly did not throw her meds away.  She became sooooo sick to her stomach Friday night she just couldn’t handle taking any more of the Ibuprofen & Colchicine.  She still has the meds but has not been able to stomach the prescribed doses.  Despite not taking them she has slowly been making progress.  While washing our sunroom windows this morning I was very heartened to see Kelly inside regaining some energy.  She had her cleaning hat on straightening things up under the kitchen sink.

CAUGHT THIS LITTLE HUMMER PERCHED OUTSIDE OUR SUNROOM WINDOW THIS MORNING >>> 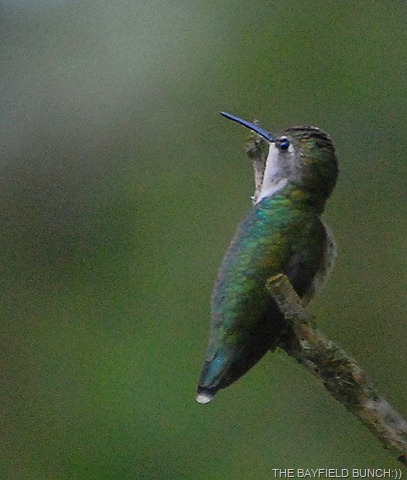 It was high noon when we rolled out of Bayfield heading for the Stratford Hospital.  It is a nice quiet peaceful drive to the hospital with 97% of the journey being through rural farmlands.  We were early & it wasn’t long before Doctor Haffner’s assistant in training, Dr. Saffie was going over Kelly’s case.  A preliminary examination & he slipped out to confer with Dr.  Haffner.  They were both soon back in the room.  Possibilities were talked about, medical words discussed between the 2 Doctors, questions asked & answers given.  Heard the words ‘auto immune system’ mentioned.  At one point Dr. Haffner turned to Kelly & said, “ you definitely have something cooking in there.” (meaning her chest cavity)  Also suspects the intestines may be involved in the problem as well.  He also said the two previous diagnostic results of Pericarditis & Pleural Effusion were correct but there is still something else going on somewhere & they have to get to the bottom of what it is. 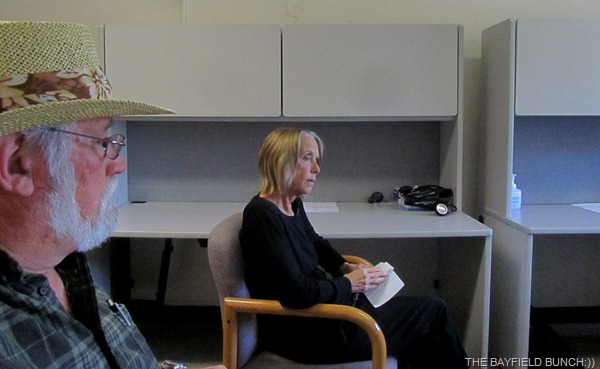 We have to be back at the Stratford Hospital Thursday morning whereupon fluid from around Kelly’s lungs will be drawn & analyzed.  This procedure is called a THORANCENTESIS.   Kelly also left behind 5 vials of blood at the hospital today for specialized testing.  And ‘Valley Fever’ is not off the table yet.  We are still awaiting test results for that from the Goderich Hospital.  We brought it up again today & Doctor Haffner had a much longer medical term for it.  The Valley Fever test results will be another week or so.  We were home by 5 o’clock this afternoon & I could tell Kelly was feeling better.  Neither of today’s Doctors said she had to go back onto her Ibuprofen/Colchicine meds & Kelly was very, very, happy about that.

It was one year ago tomorrow (Tuesday) that I had my kidney stone procedure & coincidentally it was a the same Stratford Hospital we were at today.  No word on my hip problem yet so Kelly called my Nurse Practitioner this morning & I have an appointment Tuesday afternoon to see if there is any way we can speed this whole thing up.  The pain is more frequent now & lasting longer preventing me from getting the daily exercise I so desperately need.  If my appetite would drop with my disability that would be a good thing, but no such luck.  Guess if it wasn’t for all this medical stuff going on all of a sudden I would be hard pressed for things to write about.  Just hope readers can hang in until we get ourselves beyond these med problems & back into some semblance of daily interests.  We had talked about getting away with the RV for a few days awhile back but that was before all these med problems cropped up for both of us.  We have had to shift those plans to a back burner for now until we can get all this straightened out. 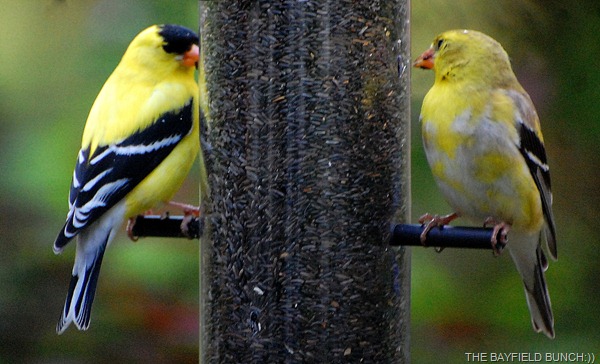 I’ll be the first one to admit I do not know much when it comes to cell phones. That whirling technology left me in the dust a long time ago & I have never gathered together enough interest in it to try & catch up. But for you folks on the move & on the look-out for cheaper cell phone service I think Nina over at WHEELING IT just might have something for you.  I remember writing this paragraph a week ago but I think I may have forgot to post it.

Ever notice how the world keeps growing younger all around us.  Saw ourselves another good of example of that today.  Both male Doctors this afternoon looked just like a couple of high school guys who for a lark jumped class, threw some stethoscopes around their necks & headed off to the local hospital to play Doctor.   Kelly said her own Doctor in Bayfield looks like she just graduated from high school as well.  I am amazed at  how young some of these medical people are & doubly amazed at how much they have accomplished with their lives in such a short period of time.   For a Doctor to become a Specialist one has to first become a Doctor.  I’m sure the schooling alone takes years & the only logical conclusion I can come to is that many of these professional people had to have started their medical journeys about the age of 3.  How in the heck can someone get sooooo smart sooooo fast??  Boggles my mind……..& I do still have enough of a mind left to boggle!! 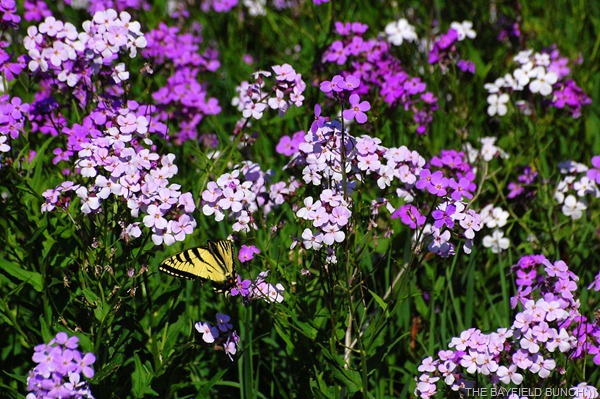 GROANER’S CORNER:((  (think I might have posted this joke once before but not sure) A 6-year-old and a 4-year-old are upstairs in their bedroom. "You know what?" says the 6-year-old. "I think it's about time we start cussing." The 4-year-old nods his head in approval. The 6-year-old continues. "When we go downstairs for breakfast I'm going to say hell and you say ass."

Their mother walks into the kitchen and asks the 6-year-old what he wants for breakfast. "Aw hell, Mom, I guess I'll have some Cheerios."

WHACK! He flies out of his chair, tumbles across the kitchen floor, gets up, and runs upstairs crying his eyes out, with his mother in hot pursuit, slapping his rear every step. The mom locks him in his room and shouts "You can just stay there till I let you out!"

She then comes back downstairs, looks at the 4-year-old, and asks with a stern voice, "And what do YOU want for breakfast young man?

"I don't know," he blubbers, "But you can bet your ass it won't be Cheerios!"