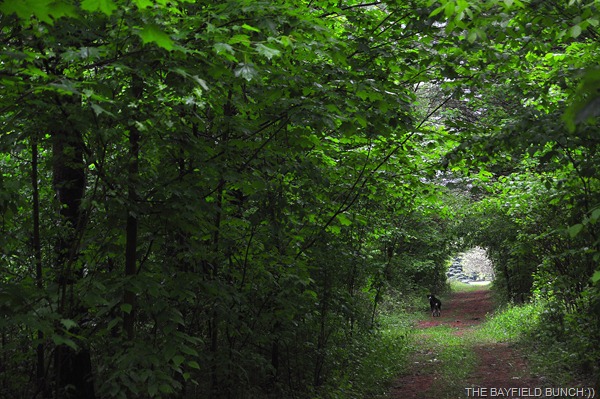 PHEEBS ON THE PINE TREE TRAIL THIS MORNING

First & foremost, Kelly had a good night & even better day right up to early evening tonight.  She felt good when she woke up this morning & I was on my second day of a pain free hip.  We both made it around the morning trail just fine.  With Pheebs in tow we later took ourselves for a drive to Goderich, picked up some dish soap, did a little banking & had us quick stop at the beach. Back to Bayfield where Pheebs & I split a 'Cold Cut Combo sub. Kelly & I also had ourselves a couple ice cream cones before stopping at Bayfield’s new Library on the way home. In a series of not so good days we chalked this one up to Okay:)) 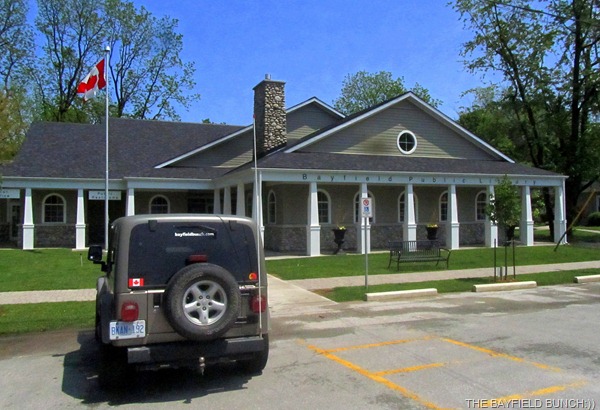 PUBLIC WASHROOMS & POSTAL BOXES IN THIS NEW BUILDING AS WELL 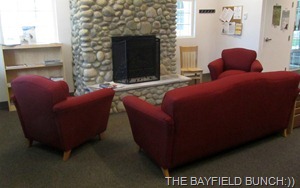 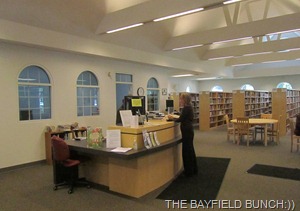 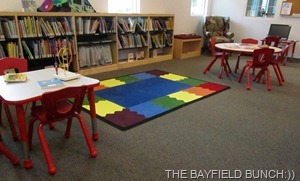 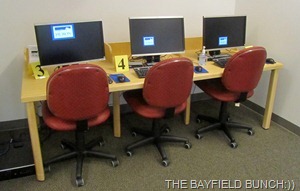 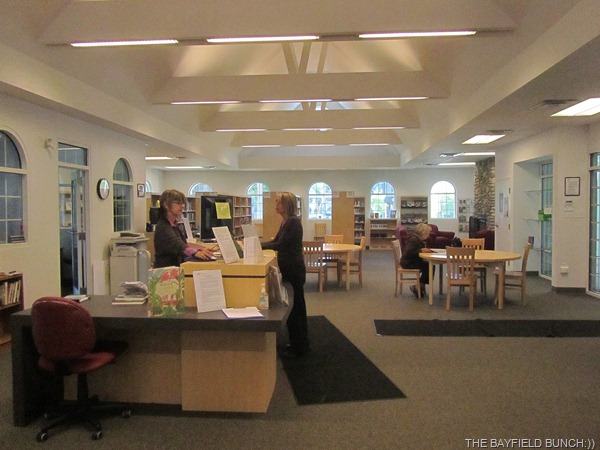 At 3:54 this afternoon our phone rang. It was Mary from the MAITLAND VALLEY MEDICAL CENTER calling.  She had an appointment for me to see Orthopedic Surgeon DR. POTOTSCHNIK about my hip.  I could hardly believe my ears.  It was only just yesterday I had talked to Sue Leddy my Nurse Practitioner about submitting my X-rays to Dr. Pototschnik in Stratford Ontario.  Don’t know if she included any additional info with those X-rays but she sure got the ball rolling.  She is also the one who just over a year ago lined up all the appointments for me after receiving my kidney stone X-rays from a Tucson Arizona Hospital.   Within 8 weeks of arriving home from the South-West last year MY KIDNEY STONE PROCEDURE was thankfully over & done with. 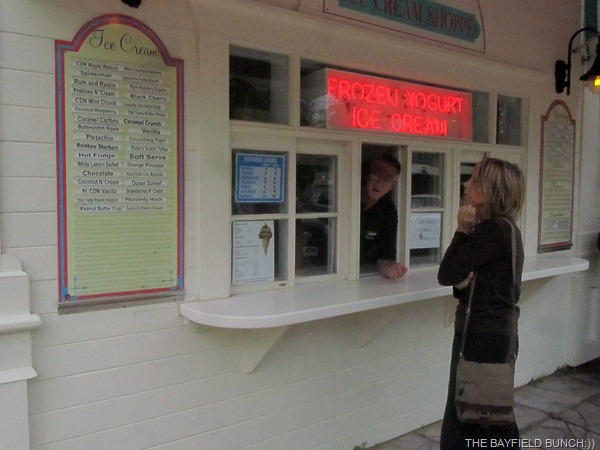 Getting back to my hip………….Dr. Pototschnik had, in 2 separate operations removed painful & crippling bone spurs from both my feet about 15 years ago.  Having just been told about 24 hours earlier yesterday that an average wait time for a hip consultation would be about 9 months I was shocked to hear I had an appointment for Monday June 10th at the Clinton Hospital which is only a week & a half away & a short 10 minute drive from Bayfield.  For the life of me I do not understand how I got an appointment so fast. 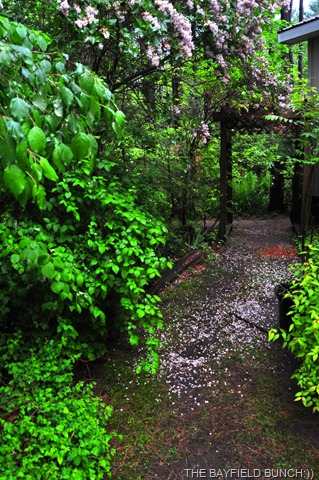 <<< LILAC PETALS COVER A WALKWAY PATH IN OUR FRONT YARD

A few questions to answer in our Shout Box & Comment section in Tuesday's Post. I don't think RV SUE has moved all her files to her new site yet but I think she may right now be in the process of doing that. I'm sure she will be back on line just as soon as she get's everything sorted out. And it looks like legendary RV Blogger TIOGA GEORGE has written his final post. JUDY had a question & yes, my hip X-rays showed bone spurs & I think I recall my NP initially said they do not attempt to repair or remove bone spurs, they simply replace the hip joint. My hip is also Arthritic. I don't remember the word cartilage being used although it might have been. I suspect it is the bone spurs that may have something to do with the erratic pain being unpredictable & why it comes & goes. We did discuss the secondary problems that can result when one's mobility is impaired. Lack of exercise, weight gain, weakening of muscles, stress put on other limbs to compensate for the problem etc. And the importance of remaining active despite the pain by using Tylenol. Physical therapy to keep other muscles strong is another option. 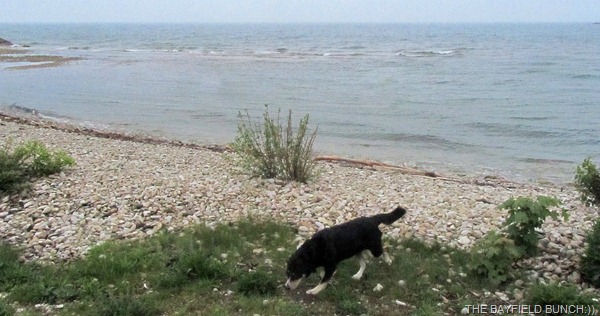 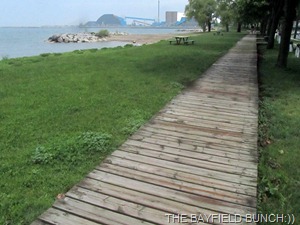 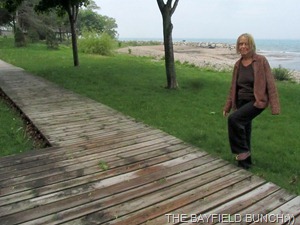 Also a question about our bird feeder station & what keeps the Squirrels off it. Below is a picture of the bird station & the stove pipe I wrapped around the post holding it up. This smooth metal stovepipe has not only stopped the Squirrels from reaching the platform but has stopped the Raccoons as well. And the bird station is high enough to stop Squirrels from jumping up from the ground. 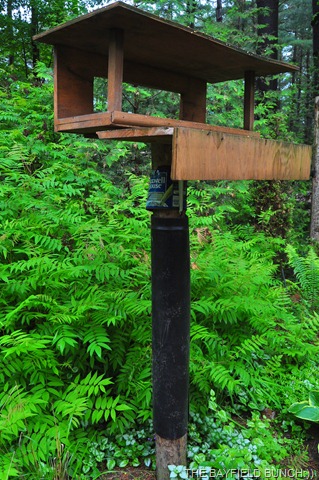 Our morning's deluge of rain gave way to sunny warm blue skies this afternoon. Managed a couple short walks with Pheebs, Kelly rested up & we both ended the day on the plus side. First thing Thursday morning we head for the Stratford General Hospital’s Emergency Department for Kelly's THORACENTESIS procedure.  We’re hoping the Doctor might have a few answers for us regarding the results of some blood tests taken a few days ago as well.  Kelly’s not too worried about having a needle shoved in her back tomorrow but if it was me I would probably be miles away by now hiding under a shrub in a deep dark forest somewhere……………. 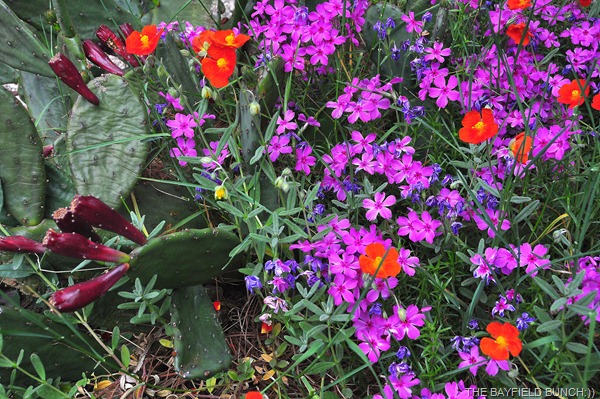 GROANER'S CORNER:(( One day some fisherman caught tons of fish called Tench. The fisherman couldn't eat them all so they gave them to the Mayor of the town. The Mayor wasn't sure what to do with them. Then he had an idea; he would have a fish-eating competition.

When they had the competition, there were two finalists: a man from a place called Fife, whose name was Mr. Hicks; and a man that was from Sweden, whose name is Sven.

So they had the final eat off; the Mayor fired the starting pistol and both men started eating the Tench. No sooner had Mr. Hicks bitten into the fish than one of his teeth fell out. He couldn't eat because of this so he stopped, but the Mayor refused to halt the competition. So Sven kept on eating and ended up eating nine of these Tench fish.
The next day the headlines read: ONE TOOTH FREE FOR FIFE HICKS, SVEN ATE NINE TENCH!
-------------------------------------------------------------
- Tourists see the world, travelers experience it.
- Home is where your pet is:))
- "If having a soul means being able to feel
love and loyalty and gratitude, then animals
are better off than a lot of humans."
(James Herriot)
- The pessimist complains about the wind; the optimist expects it to change; the realist adjusts the sails -William Arthur Ward
- The only thing better than right now will someday be the memories of right now...AL.
- It is not so much having nothing to do as it is not having the interest to do something....AL.