UNCLE HARRY PASSED AWAY THIS AFTERNOON ABOUT 3:10 ONTARIO TIME…WE ARE LEAVING FOR HOME IN THE MORNING………… 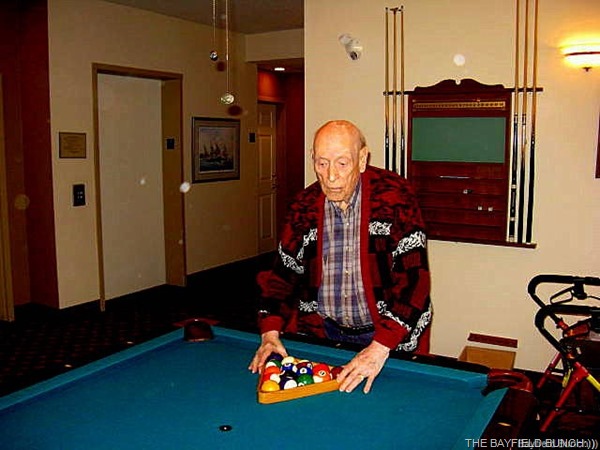 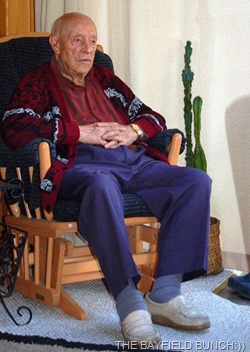 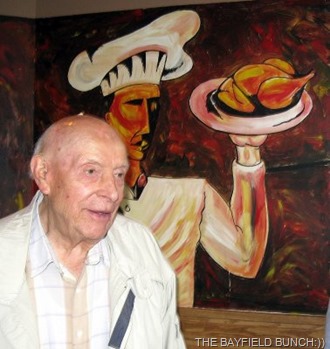 AND HE LOVED HIS SWISS CHALET RESTAURANTS 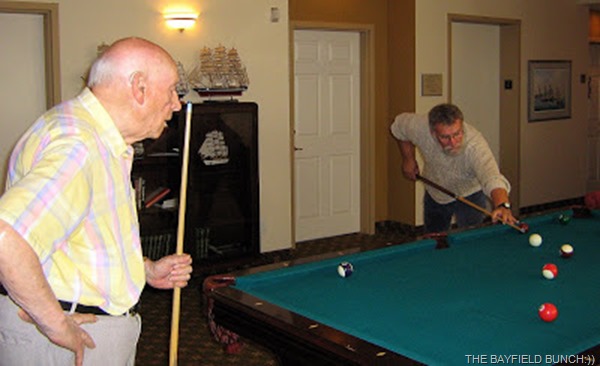 UNCLE HARRY ALWAYS BEAT ME 5 OUT OF 7 GAMES…..ALWAYS
We found out about Uncle Harry’s death this afternoon when Kelly accidentally dialed Harry’s phone number.  She had meant to phone the Nurses Station.  His long time & good friend Grace was in his room & answered.  Uncle Harry had just passed away 20 minutes before Kelly’s call.  We are very saddened to have not been there for Harry at the end.  I will have memories to share about my great Uncle in the coming weeks……………………. 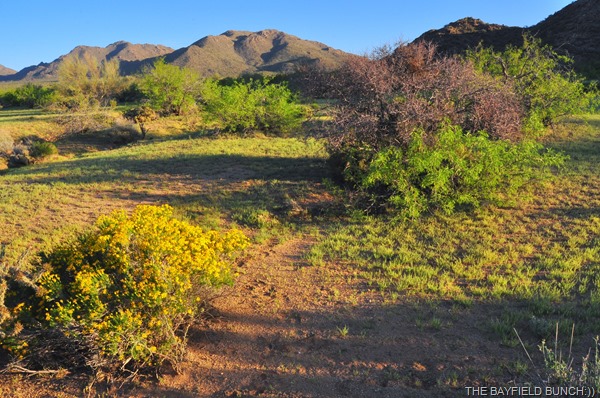 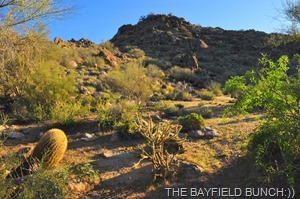 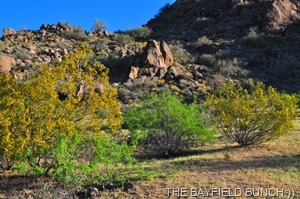 EARLY MORNINGS GOLDEN HUES
We were up extra early in the cooler morning air.   Wanted to get one last walk in on our dusty desert  road.  Too cool for crawly things but we made sure to keep Pheebs close by anyway.  Many, many, pleasant memories over the winter in that little stretch of desert.  Said good-bye to the mountains until next Fall & headed back home with Pheebs saying her own goodbyes along the way to her many Arizona doggy Pals. 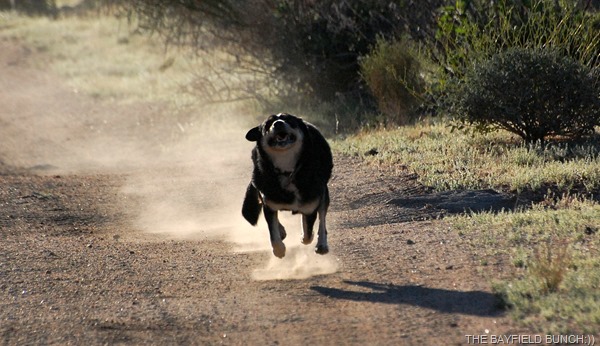 HERE COMES THE PHEEBERTOWN EXPRESS
Made the decision to roll out of here a day earlier than planned so this turned out to be our last day.  Pulled a few rabbits out of the hat & scurried about like a couple manic Monkeys getting everything squared away for an early morning departure.  No idea where the blog may come to you from Thursday night but I’m hoping to make it to the Albuquerque New Mexico area.  There’s a big Casino just west of there with lots of quiet parking.  Have stayed there a couple times before on homeward treks.  This will be our second sad homeward journey in 2 years.  Last year our little Motormouse passed away the morning we left. 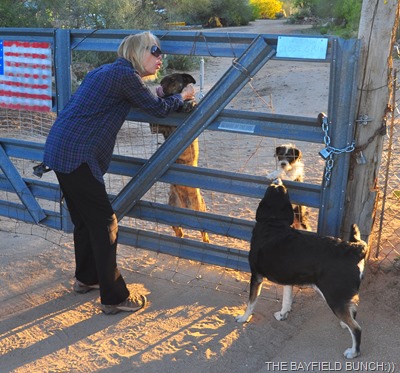 <<< SAYING GOODBYE TO THE NEIGHBORS
We may not have a lot of blooms in our part of the northern Sonoran desert yet but Nina & Paul from WHEELING IT presently in LOST DUTCHMAN STATE PARK near Apache Junction in Superstition Mountain’s shadow are presently surrounded by fields & hillsides of yellow blooms.  And as usual they have themselves some nice photos over there.  Kelly & I along with Max, Checkers, & the Motormouse stayed at that same Park about 3 years ago just before heading back to Ontario in the Spring.  Here is one of our days there….HIKING UP SUPERSTITION MOUNTAIN. 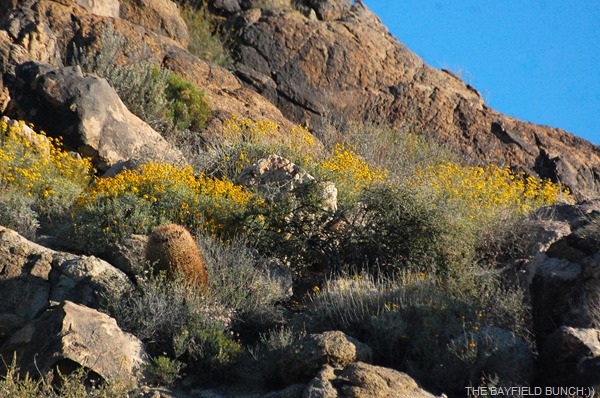 A FEW FLOWERS ALONG THE WAY ON THIS MORNING’S WALK
We have been to many favorite places in the South-West these past years & Moab Utah with it’s ARCHES NATIONAL PARK is one of them.  Been there a couple times.  The folks at OH, THE PLACES THEY GO are at the Arches now with again great photos of their rock scrambling hikes.  It is just one of those places you want to loose yourself forever in the majestic landscapes of echoing canyons & towering silent rock monoliths.  And then there are the Arches themselves.  You can sense our exuberance in this older November 2007 post of mine….. A WALK IN THE DEVIL'S GARDEN.  Better put Moab & The Arches on your Bucket List for sure.   We did:))

WE WILL MISS OUR DESERT BACK YARD
Apparently more changes at the Canada/U.S. border points as PETER & BEA found out when they crossed to their home on Campobello Island a few days ago.  Might want to have a look at some new procedures that will affect all travelers.  Especially RV folks with their lengthier stays in the U.S.  This whole border thing has always been a Dinosaur & that Dinosaur is now growing bigger & meaner.  Why is that???? 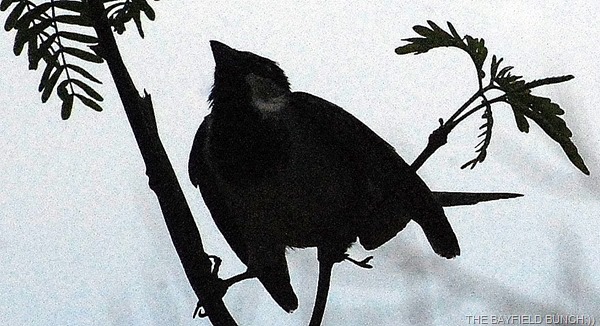 As much as it saddens me to leave places it also excites me once again be on the road heading somewhere.  I will be all sad & blue as we leave in the morning but as soon as we get the wheels rolling & Congress fades into the night air behind us my mind will re-focus on the journey ahead & another great South-West winter will again become but another favorite memory. 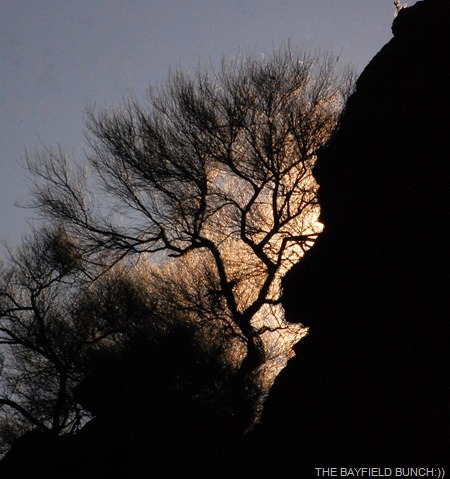