ST. LOUIS MISSOURI TO COLDWATER MICHIGAN…MONDAY WE DO THE BORDER!! 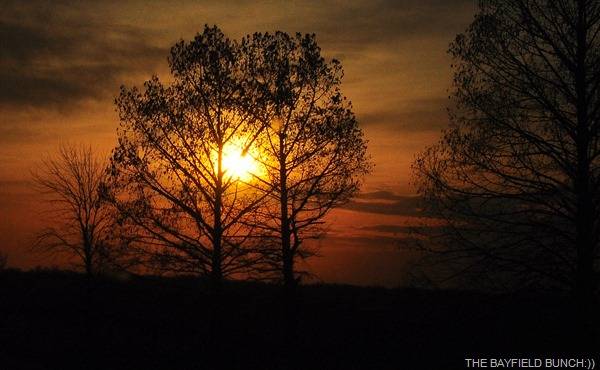 With a partially cloud shrouded crescent Moon low on the eastern horizon we made our way through yet another sleeping city.  St. Louis Missouri’s Gateway Arch stood tall on our left as we crossed an unseen Mississippi River.  We’ve tangled with St. Louie a few times before so we wisely knew enough to do it this time in the wee quiet hours of a Sunday morning.

Rolled out of Cracker Barrel shortly after 5 a.m. & yaaaay, no wind.  Well, not yet.  Nice morning & smooth sailing all the way to Indianapolis.  Indianapolis has always had a habit of beating us up & spitting us out.  Today was no exception.  Interchanges had changed out around the airport since last there & we missed a new 465 route change.  I-70 dragged us right down through Indianapolis itself & unceremoniously tossed us out the other side.  We’ve been tossed out there before so knew how to pick ourselves up, dust ourselves off, & grapple our way back northward to pick up our route again on I-69 north.

Winds had picked up & it wasn’t long before I saw a truck & fifth wheel on the other side of I-69 pulled off on a southbound shoulder.  Noticed a man about 300 feet behind the rig approaching a tangled mess in the ditch.  It was his awning…….metal arms & all.  The buffeting east bound cross winds had hit him on his awning side.  We had a similar thing happen back in 07.  BIG KANSAS WINDS.

Had been hoping to make it up to Lansing Michigan but Kelly spotted a Walmart going through a place called Coldwater Michigan & that was it.  We needed a new vacuum cleaner anyway & this was likely going to be our last U.S. Walmart stop before hitting the early morning U.S./Canada border.  So it is a new vacuum cleaner we now have.  The old one is in Congress & we are in a Home Depot parking lot for the night.  Walmart’s parking lot did not look too appealing.

Monday morning we will do the border thing.  Offices for importing vehicles etc do not open until 8 a.m. so I imagine we’ll be at their door by 8 or shortly after.  We have all our proper papers in order & everything is above board but it’s a border thing so it all depends on what mood the person on the other side of the counter is in.  Remember, it’s Monday morning:(( 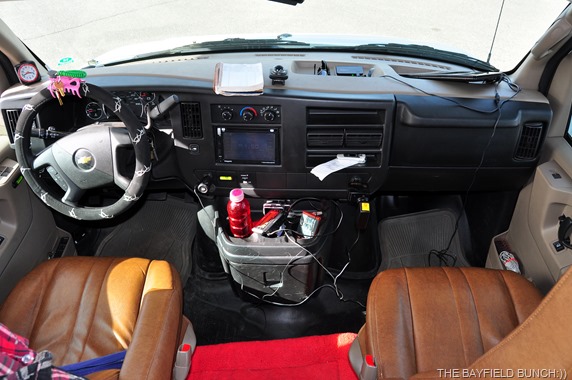 SOME TRAVEL DAYS GET A TAD MORE CLUTTERED THAN OTHERS

GROANER’S CORNER:((  My kids love going to the Web, and they keep track of their passwords by writing them on Post-it notes.
I noticed their Disney password was "MickeyMinnieGoofyPluto," and so I asked why it was so long.  "Because," my son explained, "they say it has to have at least four characters."