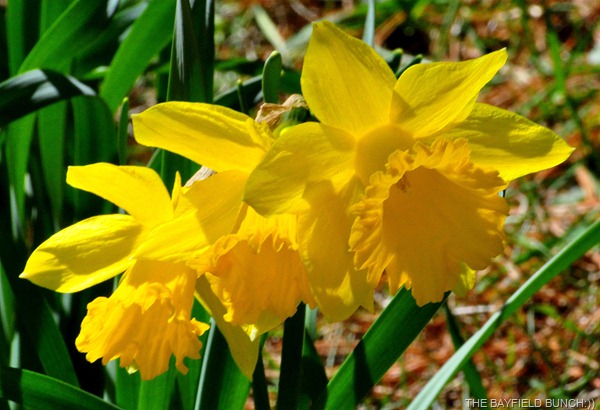 Well, not a whole lot going on today. Kelly, Aunt Jean, & I headed for our Scotia bank in Goderich to settle some things regarding Uncle Harry's estate. Kelly & Aunt Jean did all the talking & business stuff while I sat quietly in a corner occupying a chair & signing papers whenever passed my way. Not much for me to contribute when I don't understand half of all that banking talk stuff anyway. Just never was my cup of tea all those numbers & paper signing. My 45 minute dilemma while there was to keep awake & not injure myself if I toppled out of my chair. 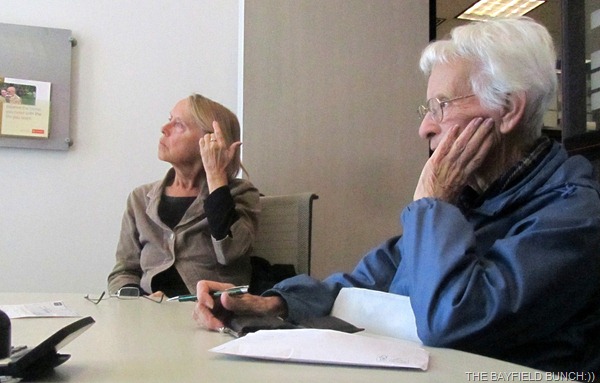 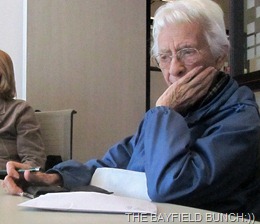 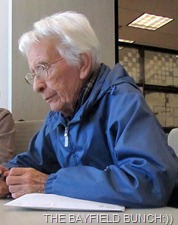 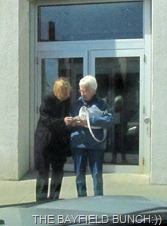 Hip was bothering me bad today so Aunt Jean & Kelly did some grocery shopping while I kept the car anchored down in the parking lot. Pheebs also took them around the Pine bush trail when we got home this afternoon but I had to pass on the walk. 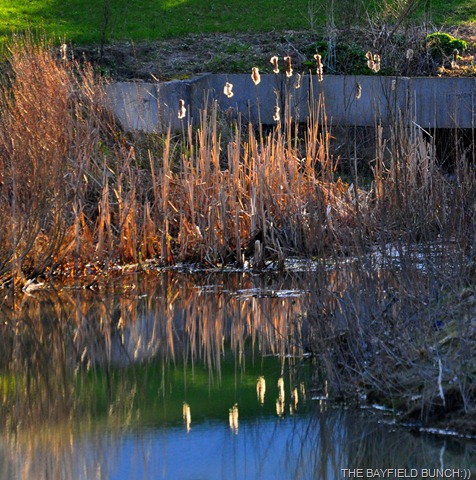 And here is something that will no doubt be of interest to fellow Snow Birding RV'ers. Received an email from Ron & Sharon Buchner today which states......

The Canadian Snowbird Association applauds the inclusion of the JOLT (Jobs Originated through Launching Travel) Act in the comprehensive immigration reform legislation filed April 17th in the United States Senate. The JOLT Act is a bipartisan bill which seeks to expand international travel to the United States in order to increase economic growth. One of the provisions found in the JOLT Act, known as the 'Canadian Retiree Visa,' would allow Canadian retirees, who meet certain requirements, to spend up to eight months in the U.S., two months longer than current policy allows.
The CSA has been working closely with New York Senator Charles Schumer's office for the past 18 months regarding the two month extension for Canadian retirees.
Canada is the largest international tourism market for the United States. In 2011, Canadians made an estimated 21 million trips to the U.S. and spent approximately $24 billion.
To be eligible for the Canadian Retiree Visa, one would have to satisfy the following criteria:

The Visa will also allow the retiree's spouse to be admitted for the same duration. Further, time spent outside of the United States, during the eight month period, will not be counted against the Visa holder or their spouse. Real estate investment will not be required to obtain a Visa.
While the CSA remains optimistic, we would like to emphasize that the bill has only just been introduced. The bill must go through committees before it is brought to the floor for a vote. We will keep members updated on the status of the legislation as it progresses.
If you have questions or would like further detail related to the Canadian Retiree Visa, please email us at csastaff@snowbirds.org or call us toll-free at 1-800-265-3200.

RETIRED ROD had an interesting comment question this morning. Rod's question was, ‘Have you ever told us how Aunt Jean came to live full time in Florida’?  My short answer to that question is, 'no I haven't'. But, here comes my longer answer. You know I always have a longer answer:)) 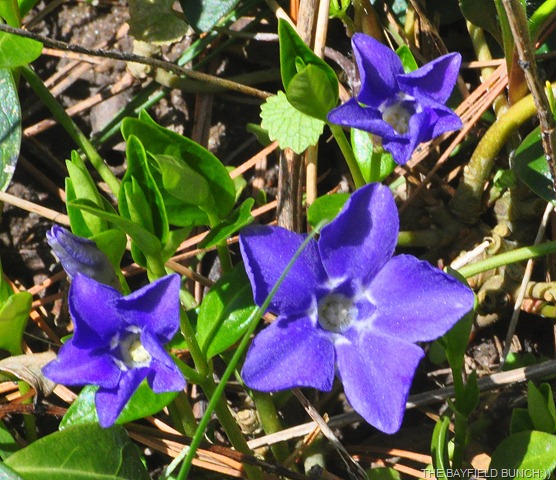 There are many reasons people re-locate whether it be town to town, State to State, Province to Province or Country to Country. I find one of the most popular reasons is simply because someone has gone to a town, State, Province, or Country before them bringing back news of what they have seen & experienced. And so it began for Jean. It was sometime in the 50's when Jean's Uncle Mike took a trip to Florida taking along his Brother Joe & wife Liddy. Like so many of us folks Mike was smitten with the warm weather in the South. Upon his return it wasn't too many years later Mike finally convinced his wife Nora, Florida was the place to live. Mike sold his gas station business in the tiny Village of Tavistock, loaded up the family in their old Dodge Desoto & off they headed for the sunny South.  Think it was roundabout the late fifties sometime.  No Interstates in those days & Aunt Jean thinks they followed highway 41 all the way. I can still remember the morning they left because I was sad my cousins Jeannie & David were moving so far, far, away. They went to an Amish/Mennonite trailer park called Pinecraft in Sarasota. Jean said it's still there. Mike had some distant cousins living at that Park. (Gasho) They resided at Pinecraft until Mike & Nora built a new house in Sarasota. 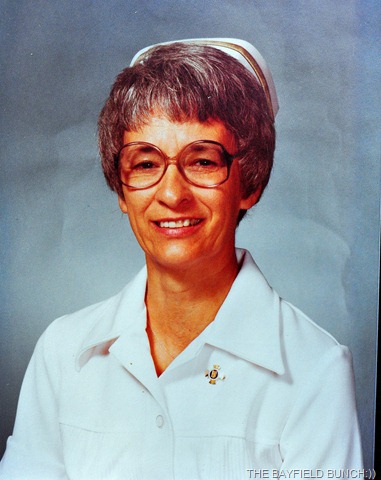 Now fast forward to the early 60's. Aunt Jean, her husband & a friend made a first time car trip to Florida & dropped in to visit Mike & Nora. Jean was immediately hooked on Florida's warm weather.....but her husband wasn't. A few years passed, decisions were made, Jean left her bank job & hopped aboard a train heading for South Bend Indiana where she bought a car. (a white standard shift 6 cylinder Valiant) From there she drove herself to Mike & Nora's place in Sarasota Florida & that was it. She never returned to live in Canada again. Never ever had to experience another cold Canadian winter. She stayed at Mike & Nora's until she got on her own feet & got her own place. She took night classes for a year to get her academics up to par & then enrolled in Nursing College. Rising through the ranks Aunt Jean finally became a Registered Nurse writing her final State Board exam at 51 years of age. Jean worked on an IV team at Manatee Memorial Hospital in Bradenton Florida before being offered a managerial position heading up an IV team at Doctor's Hospital in Sarasota for 3 years. Jean finally retired from Nursing due to back problems in 1993. She became a full fledged American Citizen in 2007. 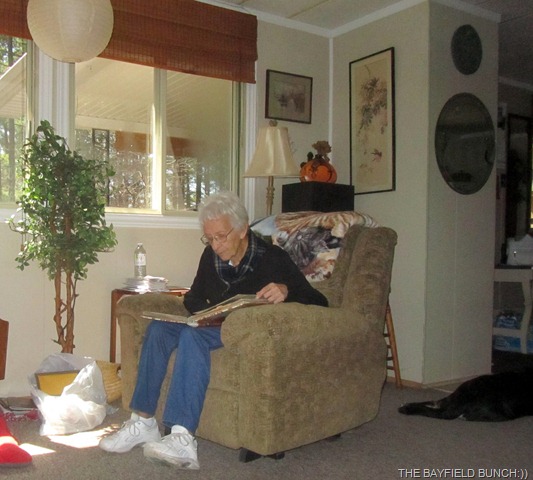 And thanks to Retired Rod for asking the question. Had he not asked, I wouldn't have gotten to know my Aunt Jean just a little bit better:)))))))) 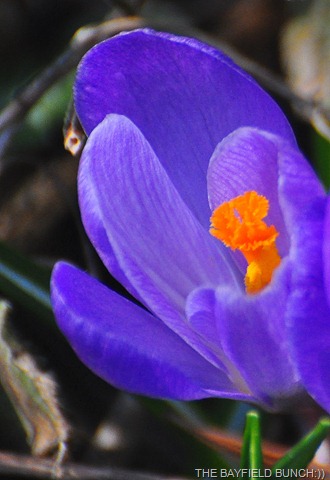 GROANER'S CORNER:(( At the end of the great flood, Noah opens up the ark and lets all the animals out. "Go forth and multiply," he says, as the animals scurry down the gangplank.  But as Noah is closing the great doors of the ark, he notices two snakes sitting in a dark corner. "Didn't you hear me?" he says to them. "You can leave now. Go forth and multiply."  "We can't," say the snakes. "We're adders…………….