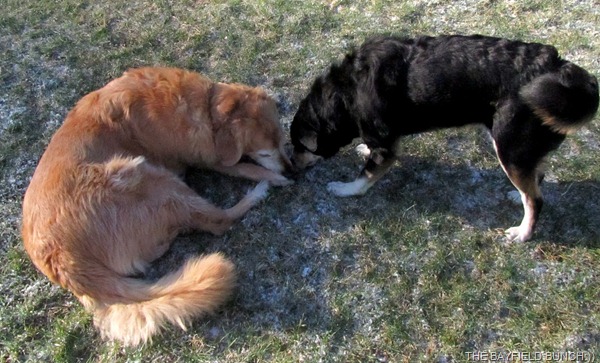 My day started with an 8 a.m. appointment to see Dr. Bukala who some may remember was the surgeon who did my kidney stone procedure at the Stratford Hospital last summer. My PSA numbers had been slightly elevated last Fall so he wanted to test those numbers again soon as we returned from Arizona this Spring. Numbers were the same & he said nothing to worry about. He will see me again after another PSA test at the end of August. 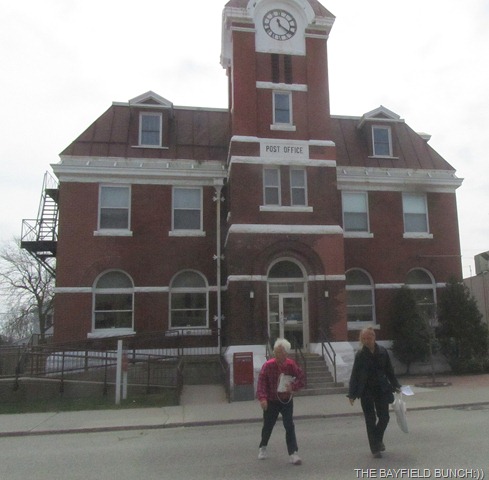 It was more Estate business this morning as Aunt Jean, Kelly, & I headed off to 3 more small Ontario towns. A lawyers office in Clinton, a Credit Union & Post Office in Seaforth, & Uncle Harry's care facility in Mitchell. Thankfully my presence wasn't needed inside any of those places so my role this morning was mainly that of Chauffeur. A roll that fits me well & one I am comfortable with. Any time I can avoid sitting in somebody's office talking money matters or having to sign papers is a good day.  That kinda stuff is all Greek Speak to me.  Besides, between Kelly & Aunt Jean they got the most good brains for all that stuff anyway. 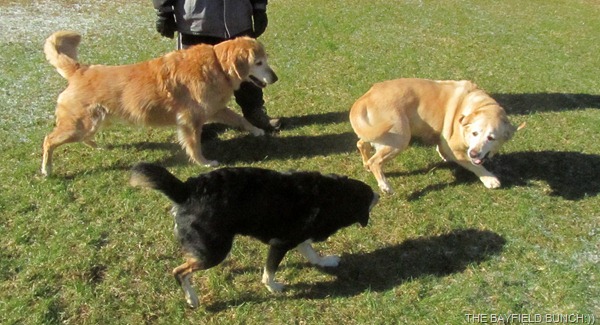 Had an unidentified bird photo in Sunday's post & just remembered someone asking what kind of bird it was. I am guessing at a Chipping Sparrow. I also recall someone asking about the blue water color in one of my Geese on the pond photos. Can't technically explain that except to say photos taken in poor light or shadow areas have a tendency to default to a blue caste in the photo. Think there has been a few other questions as well but they have slipped by me now.

Decided awhile back to not go with any advertising on the Blog. Not that we couldn't use a few extra dollars but I just decided to not pursue the idea any further. Just one less thing for me to worry about or keep track of.  And these days that is a good thing…………. 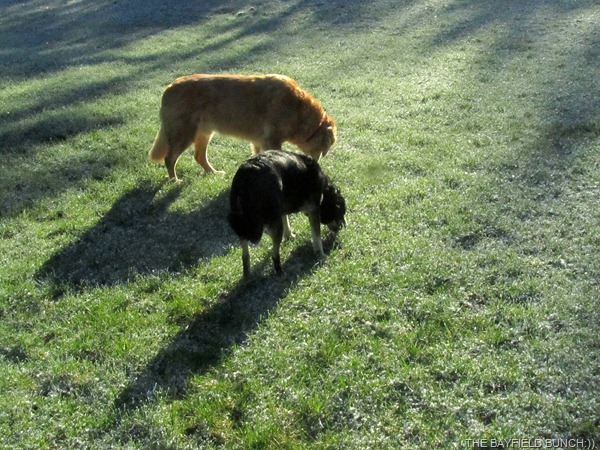 A COUPLE PALS GRAZING IN THE EARLY MORNING GRASS

We have us some cold rainy weather rolling in overnight so I’m really going to have to put on my thinking cap for a post tomorrow.  But that’s the part I enjoy about blogging.  Some folks exercise their minds with crossword puzzles, some with playing cards, tweetering, chess, computer games, etc.  Me, I just like the challenge to creatively think of something different to photograph & write about.  Guess that’s why I do it every day.  Keeps the cobwebs from building up in my brain cells……well sorta. 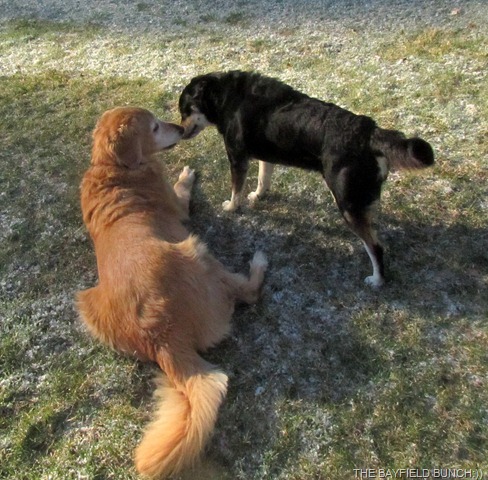 GROANER’S CORNER:((  Hearing about a dinosaur alive in the rain forests of South America, a professor launches a scientific expedition. After several weeks he stumbles upon a little man wearing a loincloth, standing near a 300-foot-long dead dinosaur. The scientist can't believe his eyes. "Did you kill this dinosaur?" he asks. "Yep," replies the rain-forest native. "But it's so big and you're so small! How did you kill it?" "With my club," the primitive fellow answered. "How big is your club?" "Well, there are about 100 of us."