OUR ARIZONA DAYS ARE COUNTING DOWN………:(( 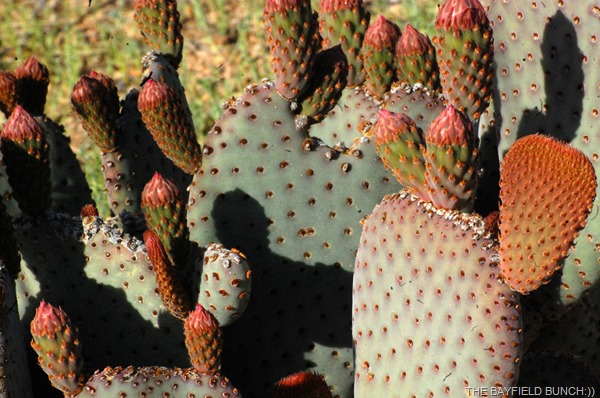 WILL THE BLOOMS BE OUT BEFORE WE LEAVE IN 3 DAYS??

I like it when a warm wind blows the stars around.  Stayed out extra longer Sunday night with Pheebs because I know we will soon be leaving this big expanse of Arizona night sky far behind.  The stars will still be up there when we get home but it’s just not quite the same as a lonesome desert night.

This week will go fast for us with each day counting down quickly to the following day.  As any RVing Snow Bird traveler knows, it’s those last few days before departure when things really get crunched.  It’s all part of that anxious excitement that comes with getting the big wheels rolling.  Guess I’ll have to come up with a different phrase for that now since we don’t have the big Motorhome wheels anymore.  Ok, ‘get the little wheels rolling.’  Nawww, just not the same……………. 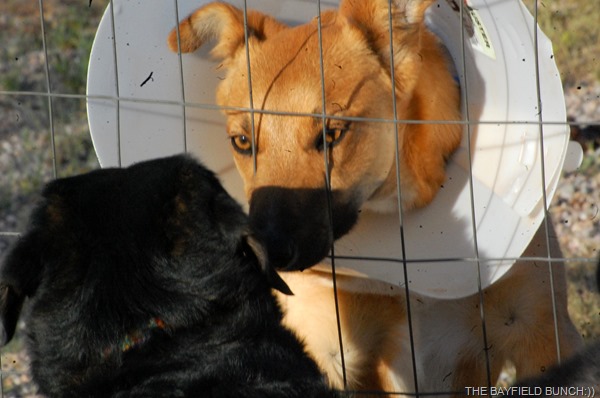 Our friend Paula from Bisbee stopped in this morning on her way from Bisbee Arizona to the Portland Oregon area.  Paula, an eastern Gal likes to spend her winters in Bisbee.  We met Paula a few winters ago when we were Ranch sitting near McNeal & Elfrida Arizona.  I was able to lead Paula & the Bisbee Mule Team Hiking club up into Rucker Canyon one day to Fort Rucker & the Mary Kidder Rak homestead.  You can read my post for that day here……ANOTHER FINE DAY IN THE CHIRICAHUA'S RUCKER CANYON. 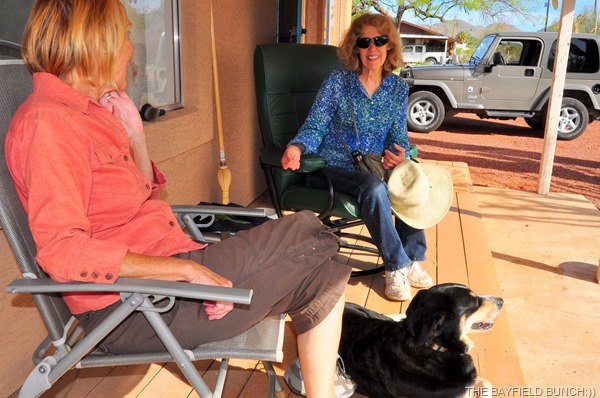 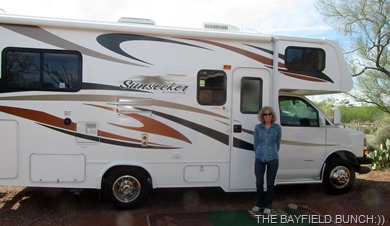 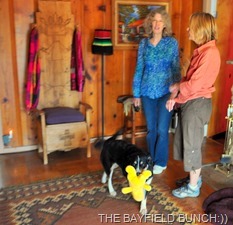 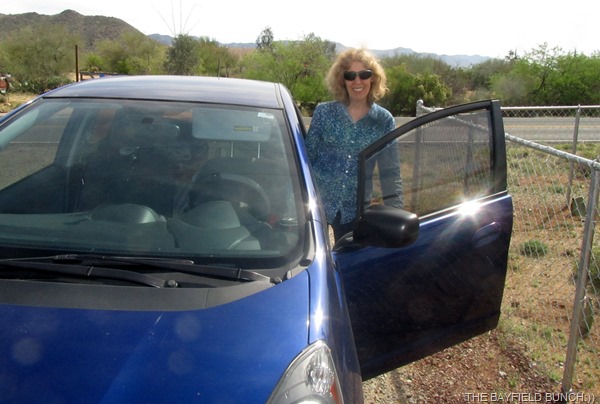 SAFE TRAVELS PAULA & ALL THE BEST TO YOU & TIGGER

And a question from SallyB the other day wondering how Aunt Jean is doing.  Jean is doing good basking in all that hot & humid Florida sunshine.  She was out golfing last week & routinely does her early morning daily neighborhood walk.  And she just scrubbed all her floors too:)) 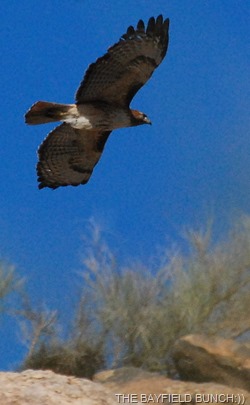 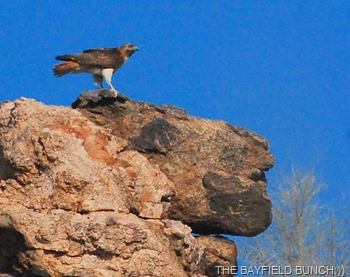 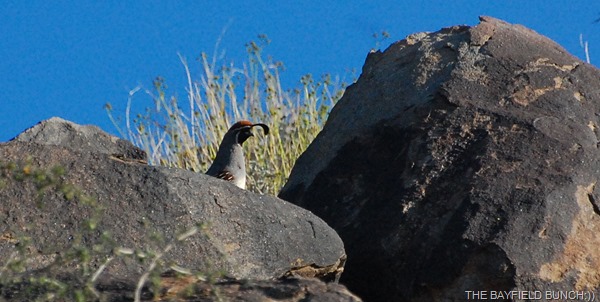 Kelly’s feeling better so we’ll stick to our original departure date this Friday morning.  Another reason for heading home is the temporary Arizona license sticker we have in the back window of the Sunseeker.  That expires later this month.  In less than a month from now we should be cruising around with regular Ontario license plates & up to date stickers.  That will mark the end of this long ordeal of purchasing a vehicle in the States & importing it to Canada.  Not too likely we’ll do that again any time soon. 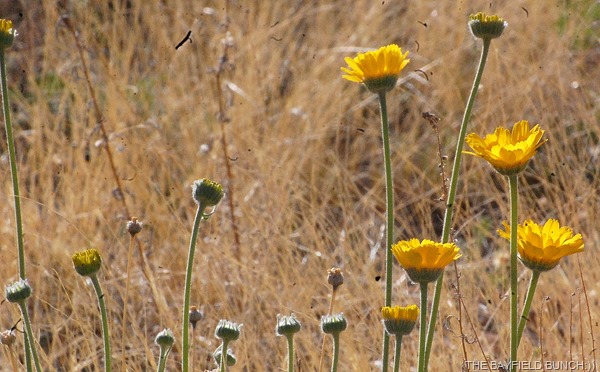 RETIRED ROD & Loyce fired up the rig & flew their Mesa Arizona coup.  They are presently making their way back to Kansas.  JOHN & BRENDA southwest of Phoenix will be leaving their Dog Pound South digs for their Dog Pound North digs in a couple days heading for Alberta up their in that big Canada place.  PETER & BEA are already home on the east coasts Campobello Island but not all was well when they got there:((  GEORGE & SUZIE slogged themselves through some Tennessee rain to stop at country singer Loretta Lynn’s place on their trek north to Canada as well.  And oh Dear,  RV SUE has got herself into a spot of trouble, or should that read…….troubles:(( 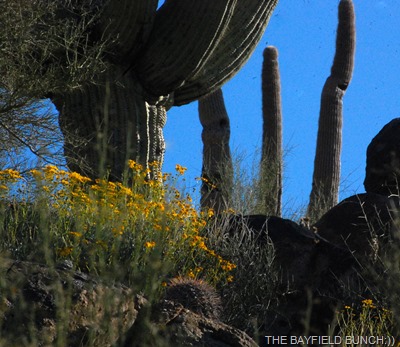 Yep, the southwest is clearing out fast & it looks like we’ll be a couple of the last one’s to leave.  Next year we would like to try & stay for the whole month of April & see the desert come into bloom.  Delays our Fall departure time though.  No problem for Ontarians being in the States for 7 months but the States does not want us here for any longer than 6 months.  Too bad about all this fuss between our two great countries………………… 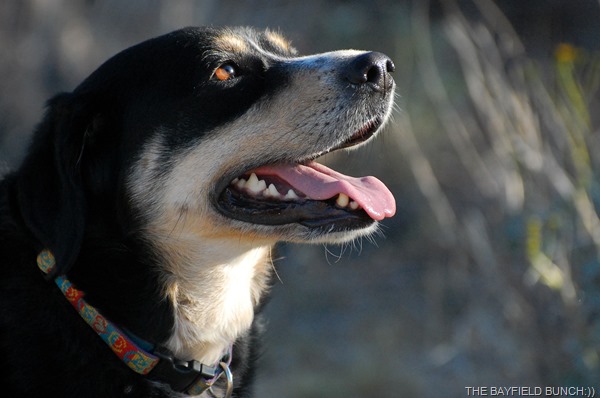 GROANER’S CORNER:(( Late one night in Washington,D.C., a mugger jumped into the path of a well-dressed man and stuck a gun in his ribs.
"Give me your money," he demanded.
Indignant, the affluent man replied, "You can't do this - I'm a U.S. Congressman!"
"In that case," replied the robber, "give me MY money!"