FLORIDA JEAN ARRIVED THIS MORNING AFTER OUR COLDEST NIGHT SO FAR 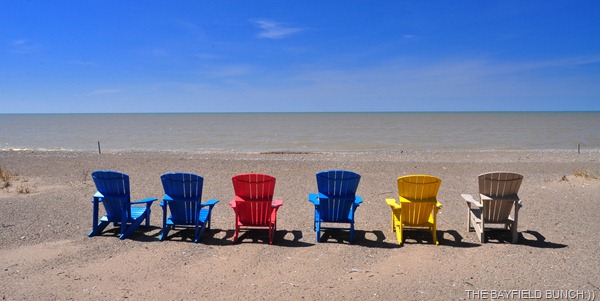 Despite the cold & a smattering of corn snow on the heavy frost laden ground this morning I managed to putter myself around outside wheel barrowing summer lawn ornaments here & there. Second day in a row I had my long underwear on & first time in maybe 4 or 5 years I had to do that.

Thermometer said we dropped to 27F last night but at least it turned out to be a sunny day. Aunt Jean pulled into our driveway about 10 this morning but she didn't let the icy cold weather bother her. When I opened her rented Subaru's car door she had it up to about 350 degrees inside. Been a couple years since she had been to our place but despite a couple wrong turns she managed to navigate herself for the hour & a half drive all the way from Shakespeare Ontario right to our place in a not so easy to find Pine forest. 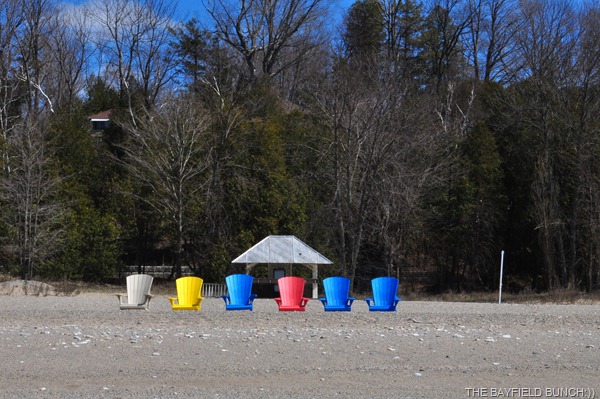 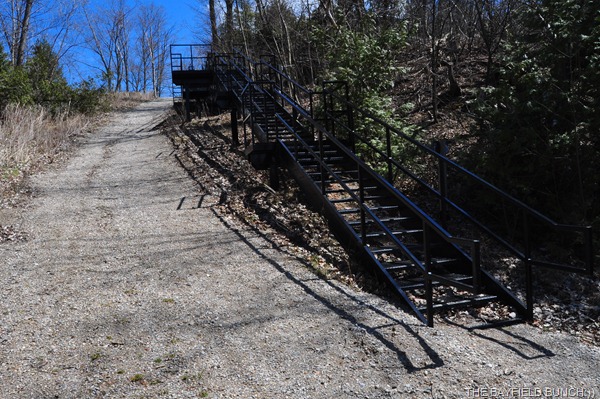 Jean will be staying only a few minutes drive from our place at Deer Park Lodge. That is the place Kelly has worked for nearly 10 years now. Early last Fall Kelly decided it was time to retire. Over the winter she reconsidered a bit & has now decided to stay on part time to help through the busy tourist season working just a few days a week. We all drove over to Deer Park this afternoon & helped Jean get set up. Pheebs & I managed to slip down to the beach for a walk. May look warm in the beach photos but it was a freezing cold wind coming in off those freezing cold lake waters. 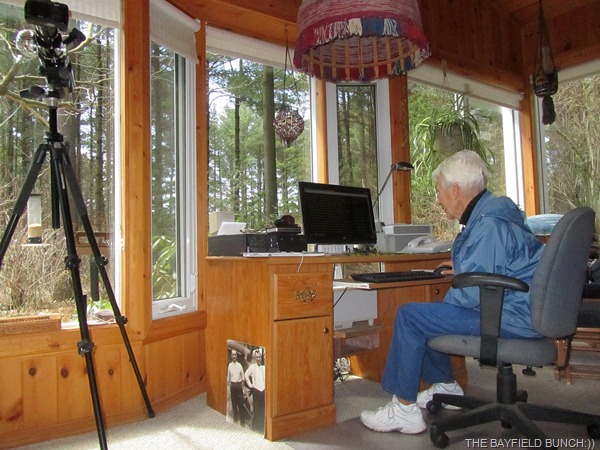 AUNT JEAN CATCHES UP ON MY BLOG POSTS 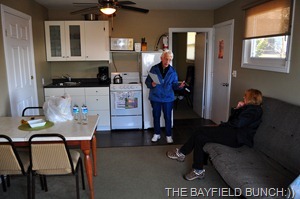 Uncle Harry's funeral was in my hometown of Tavistock this past Monday. Before arriving at the funeral home Kelly & I took a short drive around the Village. In Tavistock's east end is a section of town we years ago referred to as Rudyville. Reason being the number of folks living there belonging to the Rudy clan. Kelly suggested we drive down that way to see if we could see 'the rock'. In my post 'THE ROCK' a few months ago, I told the true story of my encounters with a certain rock spanning a number of decades. If you read my Rock post the photo below will have some meaning. I didn't really expect to see it Monday as we drove down the street where Bob Rudy lives. But sure enough, Kelly spotted a rock behind a house. I turned around & drove slowly back up the street & as soon as I spotted that rock in Bob Rudy's back yard I instantly recognized it as the square unassuming gray slightly concave rock that had played such a role in my life. I'm guessing it's been close to 30 years since I last laid eyes on that rock & how nice Monday to once again catch a short glimpse of my old childhood friend:)) 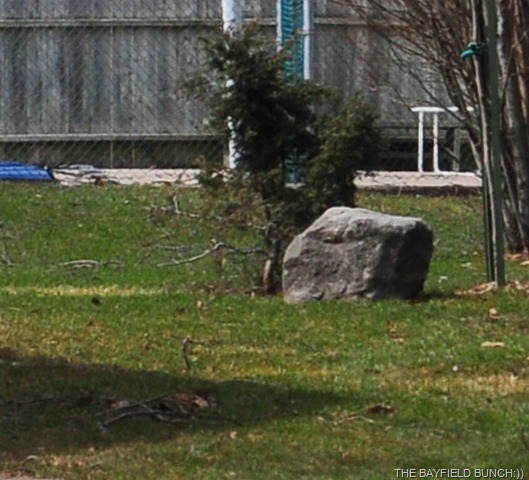 GROANER'S CORNER:(( "May I take your order?" the waiter asked. "Yes, how do you prepare your chickens?" "Nothing special, sir," he replied. "We just tell them straight out that they're going to die."