We were on the road by 4:30 a.m. Arizona time & totally enjoyed Albuquerque’s sea of lights as we descended into the Rio Grande Valley & through the golden night time city of embers.  Traffic heading east in the San Pedro Mountains was light & we were out onto the flatter eastern plains before the sun was up.  Just as I had hoped:))

Overcast skies kicked up a tough gusting Texas crosswind coming at us from the south all day.   Saw a travel trailer on I-40 with it’s awning torn out & in tatters.  Our gas mileage really suffered as we fought our way across the Texas  panhandle.  Computer said we were averaging about 8.2 mpg.  The hectic winds chased us all the way right up into Oklahoma.  As I type this from the front passenger seat of the Sunseeker tonight the wind continues it’s relentless harassment.  Forecast is for winds again tomorrow but we can do er. 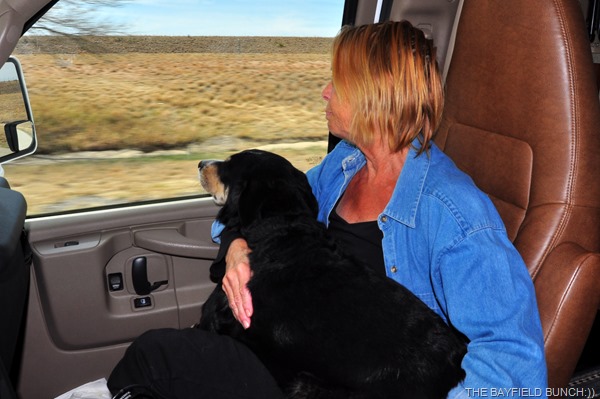 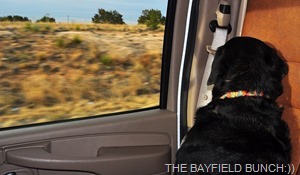 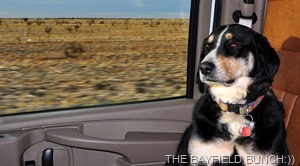 This is our third stay at Weatherford’s Walmart alongside Interstate 40.  Stopped here on our way home last year & again on our way to Congress in the Fall.  We were needing a few groceries & we find this Walmart an easy stop.  Gas station on the way in as well.  After a long day’s drive I don’t mind just wandering around aimlessly in a Walmart store loosing myself somewhere between Housewares & Men’s Underwear……………….

JUST A FEW VIEWS FROM THE DRIVER’S SEAT TODAY

Looks like the weather is going to hold for us so we’ll do the toll route in the morning around the north end of Oklahoma City up through Tulsa on I-44.  Don’t mind paying those tolls to avoid the chaos of city traffic congestion.  We are basically on the same time & route schedule as last year.  And as last year, we once again have an urgency in our step. SNAGGED ME A COUPLE WINDMILLS FOR YA MIKE:))

Kelly & I are Executors Of The Estate for my Uncle Harry’s estate & we will have to hit the ground running as soon as we get home.  Uncle Harry’s funeral plans are already in place but a date is yet to be set, depending on our arrival date.  Harry’s room has to be quickly emptied at the care facility.  Many, many, tasks ahead of us.  Aunt Jean flies in from Florida next week as well.  Kelly has been busy on the phone these past couple travel days cancelling Uncle Harry’s phone, cable TV, etc.   Numerous things to deal with but as I sit here tonight with my headphones on listening to sounds of the Big Band era I know I am enjoying the same music Uncle Harry enjoyed so much as well all those oh so many young years ago. 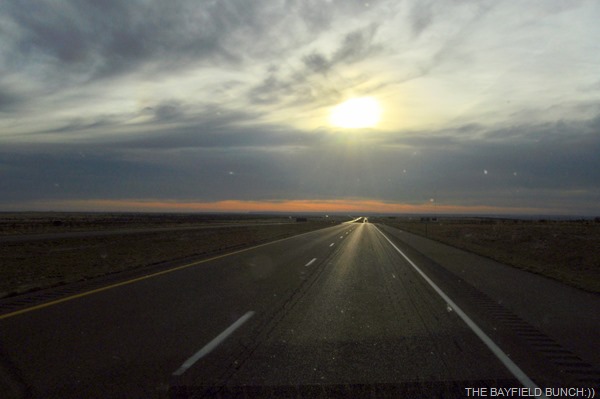 GROANER’S CORNER:((    I was browsing in a souvenir shop when the man next to me struck up a conversation. Just as he was telling me that his wife was getting carried away with her shopping, a brief power shortage caused the lights to flicker overhead.
"Ah," he sighed, "that must be her checking out now."