WE STARTED OUT AS 2 AIMLESSLY WANDERING NAIVE NEWBIE KNUCKLEHEADS

Sunday afternoon’s gusting warm winds ushered in cooler temperatures overnight so I was back into my long sleeve shirt first thing this morning.  But that didn’t last long & it was right back into my short sleeve shirt again.  Not colder weather, just slightly cooler than the last few days.  A very pleasurable 72F today.  Now that’s my kinda stuff:)) 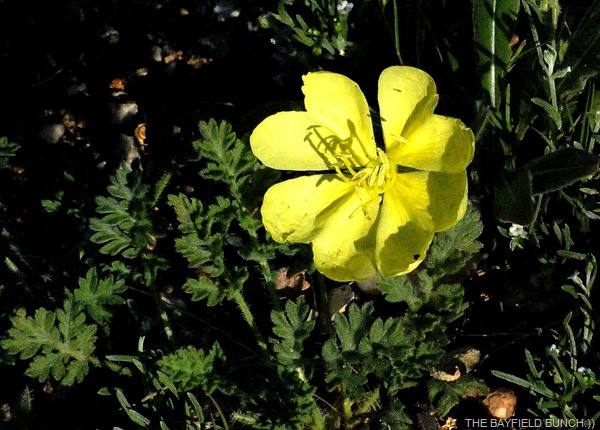 WE FINALLY SEE A DESERT FLOWER

Orders from headquarters came down pretty quick this morning regarding my Sunday night post in which I said we would be heading out this Fall in September.  Apparently that is not necessarily the case.  I could put a whole bunch of swearing symbols in here but……  It has also been made clear Mr. Blabberfingers is not to be discussing any future travel plans for our return trip to the southwest at this point:((( 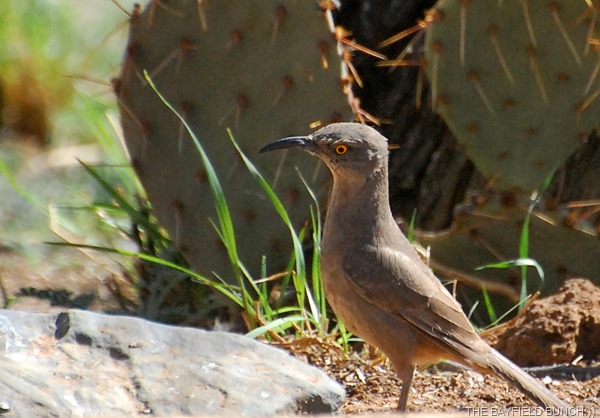 Way back when in our pre-RV travel days Kelly & I had the urge to get out & see the country so bad that we spent time trying to devise ways we could make our dream come true.  We were not in a great financial position at the time & we were both in jobs we had had just about enough of!! 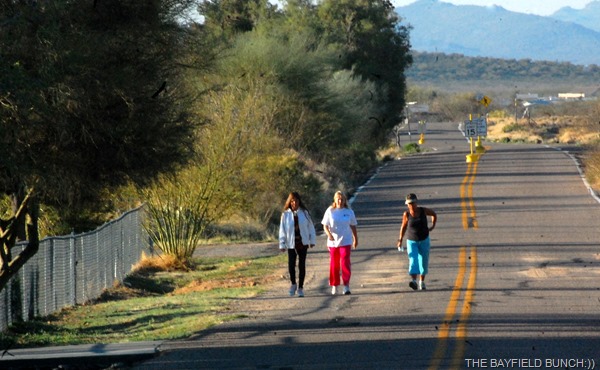 By 1997 we had a small Class C under our belts plus a Prowler travel trailer.  Hadn’t gone real far in either one but of course considered ourselves seasoned travelers.  It was around about this time in the mid to late 90’s while living in the old rented farmhouse that we hit upon some ideas for travel.  We shake our heads at ourselves now but at the time they seemed like great ideas.  Why not deliver manufacturer’s RV’s, get paid for it, & see the country.  Marvelous idea we thought at the time.  Picked up a book somewhere (these were pre-computer days) on how to turn this kind of thinking into a little business & make things happen.  We soon had letters in the mail to a number of RV manufactures happily & hopefully offering our services.  After all, we had the right licenses because we were both large school bus drivers at the time as well.  Even took a class in London Ontario to get our Z air brakes tickets.  All class room stuff & we never ever did actually see a truck or an air brake system.  Ohhhh, talk about naivety of youth.  Well okay, so I was over 50 back then:(( 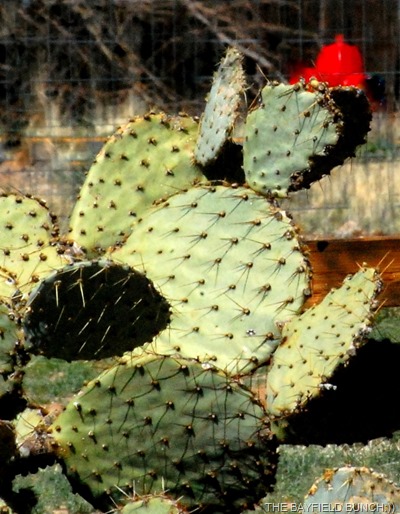 ROAD TREK was our nearest RV manufacturer being only a couple hours drive away in Kitchener Ontario.  Thought for sure they would be beating our door down to have us come drive for them delivering their great Class B RV’s to the farthest & remotest parts of the continent.  Despite letters & phone calls, Road Trek never did get in touch with us & I think the only thing that really ever came out of all that is that we probably just ended up annoying the heck out of them.  Matter of fact, no other manufacturer ever got back to us either.  Guess we probably ended up annoying more people than just the Road Trek personnel department.  But, we weren’t deterred. 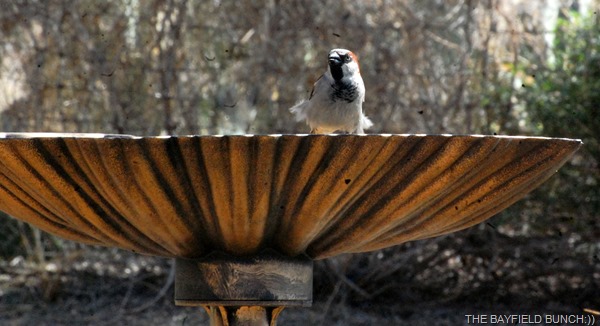 AT LAST, A BIRDIE ON OUR BIRD BATH:))

Next came the idea of driving people’s RV’s to their destinations.  Lots of elderly folks with permanent places in both the south & the north like to have their car with them but do not like to drive them back & forth between their homes.  Well, here comes Kelly & AL again.  We pursued that idea for awhile until we realized there were already professional firms doing this.  Seems to me there were a host of logistical problems with that little plan as well so that was the end of that.  But ,we weren’t through. 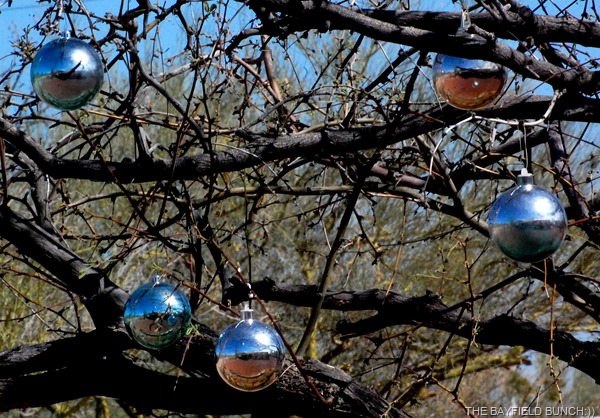 DECIDING WHETHER TO LEAVE OUR CHRISTMAS BALLS UP FOR THE SUMMER

Don’t know where our why our next idea came to us but it had nothing to do with our dreams of seeing the country below the border but everything to do with seeing the country around our area.  We were going to call our new business venture….’Day Trippers’.  One of my jobs at the time (wasn’t unusual for me to work 3 or 4 part time jobs at once in those days) was transporting people to & from Pearson International Airport in Toronto so I was accustomed to dealing with people.  (crazy huh)  Many of the people were Seniors & over the years I kinda got to like those older folks because I found them to be honest & sincere.  No game playing & no self centered male egos to deal with.  Just nice folks being themselves.  Come to think of it, just like most folks in the RV community.  Anyway we, okay maybe it was me, got the idea to buy a nice 10 passenger van & take nursing home Seniors out for day trips.  I knew the whole area like the back of my hand, liked older folks & figured I knew where Seniors wanted to go & what they wanted to do when they got there.  Sounded great at the time.  Well, that little venture was stopped in it’s tracks when we checked on the amount of insurance we would have to carry plus other un-thought of expenses.  I did talk to 2 Nursing Home activity directors who thought it was a great idea but alas, we never got that one off the ground either.  I think we probably had a few other irons in the fire over that period of time but with memories being what they are it is probably just as well I have forgotten about them. 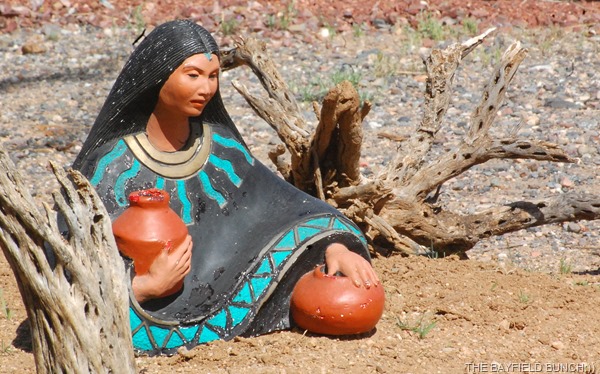 We never did give up on our RV dreams though & eventually we found ourselves one day in a financial position to finally kick our RV dreams into high gear.   Didn’t take us long to make a series of decisions & in the fall of 06 we merrily rolled out of Bayfield one cold Autumn day heading for somewhere in the southwest United States.  No destination, no route plans, no reservations anywhere, nothing.  Only thing I had in my mind to see was the Carlsbad Caverns in New Mexico, wherever the heck that was.  And by golly that is exactly where these two aimlessly wandering naive newbie inexperienced knuckleheads & their 3 dogs went.  The rest of course is, shall we say…….. Bayfield Bunch history:)) 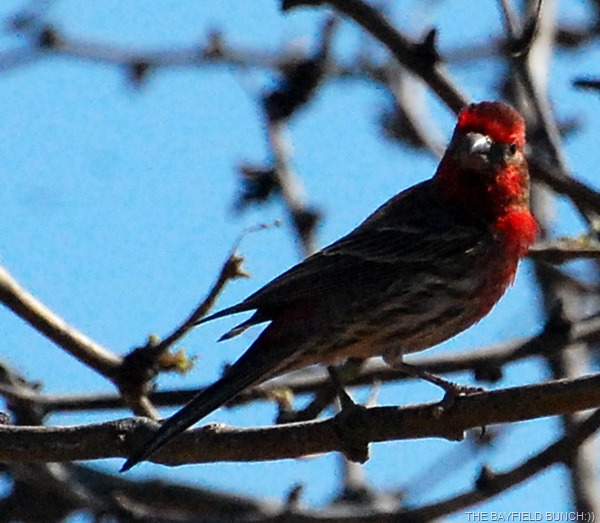 The folks over at OH, THE PLACES THEY GO! have some great photos of more hikes they have been on in Utah’s Zion Canyon.  I particularly like blogs where adventurous people are out & about exploring natures wonderful landscapes.  And I always appreciate the special effort some put into their photography. 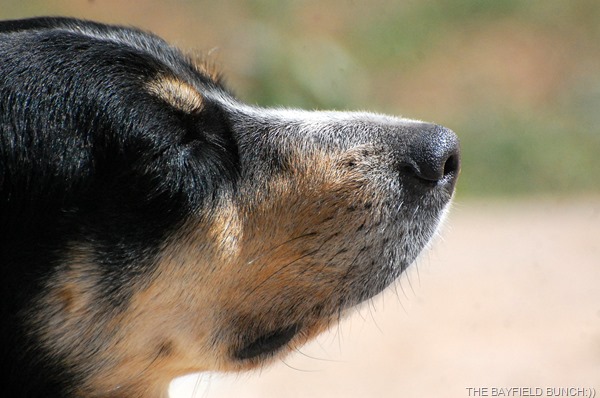 Turned out to be kind of another cleaning day around the house.  And another relaxing day as well tipped back in our outside chairs just sucking back the whole ambience of where we are.  Loaded up a few more things in the rig & of course had myself another melt down over that miserable touch screen over the top technology infested infotainment center in the Sunseeker.  Some folks have recommended I use a stylus on that screen.  I’ve thought about that & came up with an even better idea.  Think I can solve all my techno problems simply by using a hammer on that aggravating touch screen Mossmagator!! 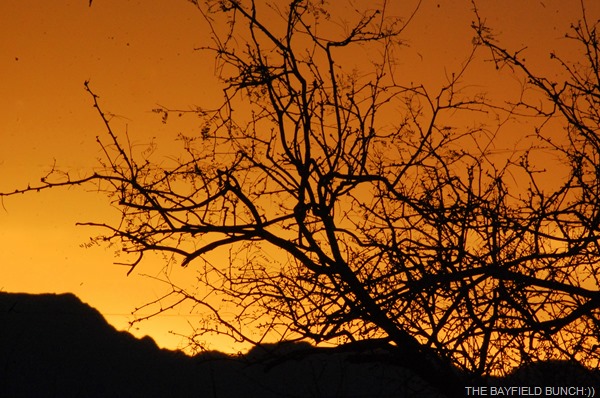 GROANER’S CORNER:(( A man takes his Saint Bernard to the vet.
"Doctor," he says, "I want you to cut off my dog's tail."
The vet is taken aback. "Why should I do such a terrible thing?" he asks.
"My mother-in-law is coming tomorrow," he explained. "I don't want anything to make her feel welcome."