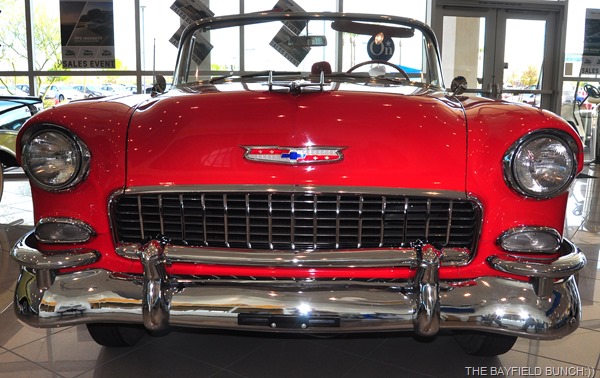 How nice to be out after dark when it’s warm enough to wear a short sleeve shirt.  Walked around the property Thursday night thinking, wow maybe we should just stay here & how nice would it be if the whole winter was as warm as this.  Oh how Aunt Jean would have loved this weather if she were here now:))

We were up, out the door, & around the block for a walk before the sun even got itself over the mountains.  Had the Jeeps wheels rolling for the city of Surprise at the crack of 7.  Knew we had a hot day coming up, tires to replace, a GM dealership to see, & a little bit of shopping to do.  All that meant one thing for Pheebers.  She would be staying home in the nice cool house snoozing & relaxing.  And for me it meant the first time off the property (except for morning walks) since we returned from Borrego Springs over a week ago.  E-gads, what is becoming of me:(((((

No problem finding DISCOUNT TIRE in Surprise this morning after we accidentally blundered right into it.  They took us right in at 8 a.m. as planned.  Forty minutes later we rolled out of their parking lot with 4 brand new Goodyear Armor Trac tires.  Have mostly good things to say about Discount Tire.  Staff was very friendly, organized, & the whole place seemed to run like a finely tuned Swiss Watch.  Sat at a big window & watched how all the young fellows in the shop smoothly worked together on about half a dozen vehicles in the bays.  But, I do have a ‘head’s up’ if you deal here because you may find some fees on your bill that you were probably not made aware of.  We weren’t.  #1. Ask them to explain the $19 charge for 'Guarantee Certificates’ on each tire.  #2. Ask them to explain the $16 ‘Lifetime Spin Balancing’ on each tire.  These 2 costs will add up to $140 & are not necessary.  We feel these 2 options should be made aware to the customer before the bill is made up…..not after!!  Aside from that I would recommend this place & for sure we would buy tires there again.  And, could tell right away the Jeep handled better.  Always a nice secure feeling knowing one has good tires.  Especially when towing it behind an RV. 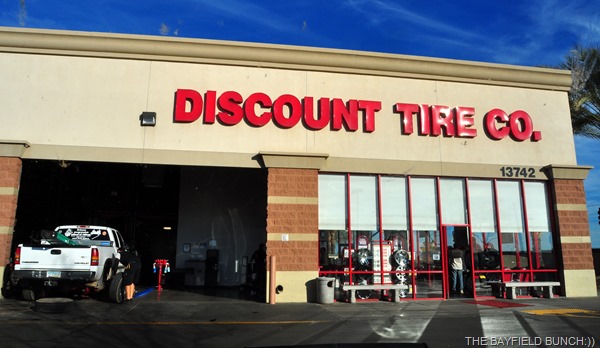 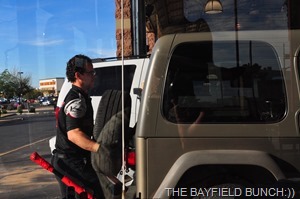 JEEP HEADS IN FOR NEW TIRES…USED SPARE IS PUT ON 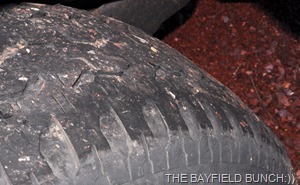 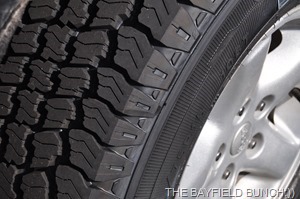 Ten minutes after leaving the tire facility we were at SANDS GM DEALERSHIP & of course I have more car photos.  Some kinda the same as before, some different.  No problem getting the no charge GM ‘Recall Update’ letter we had come for.  Friendly staff & this is a real hustle bustle place.  But, somebody had already beaten us to the punch & eaten the two boxes of free donuts before we got there:((  Also grabbed another spare key for the Sunseeker.  We’ll program that Sunseeker key in the morning when our brains aren’t so Zombified. 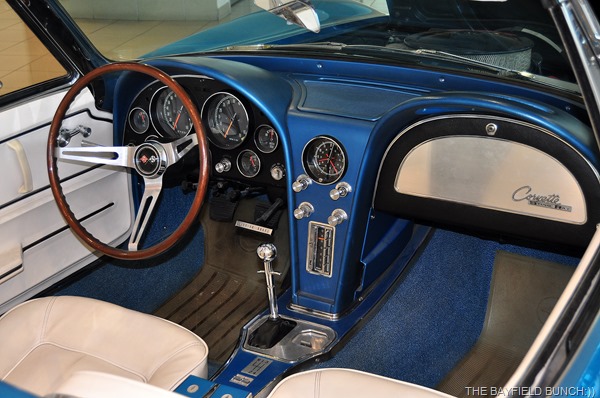 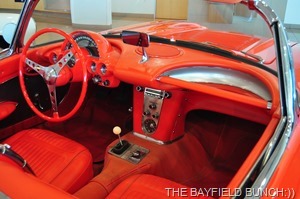 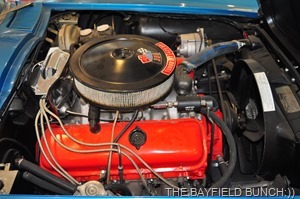 Nice big fairly new Walmart kiddy-corner from the GM dealership so we weren’t long in getting ourselves over there again for some groceries & stuff.  E-Gads, another hundred dollar bill gone.  Breakfast at the indoor McDonalds & we were back on the road headed for sleepy little Congress Arizona.  Always glad to put that big city nonsense in my rearview mirror where it belongs.  Slight high cloud cover today so our drive home was not as hot as we thought it would be.  We do not have A/C in the Jeep. 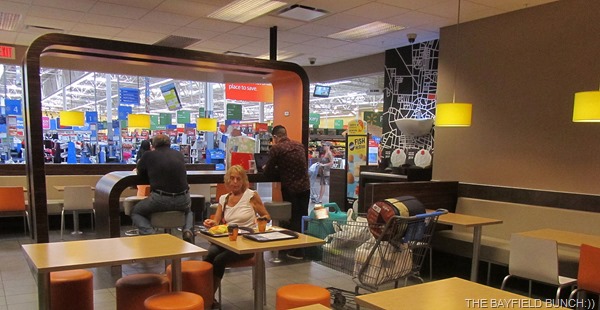 QUICK STOP AT McDONALDS IN WALMART BEFORE HEADING HOME 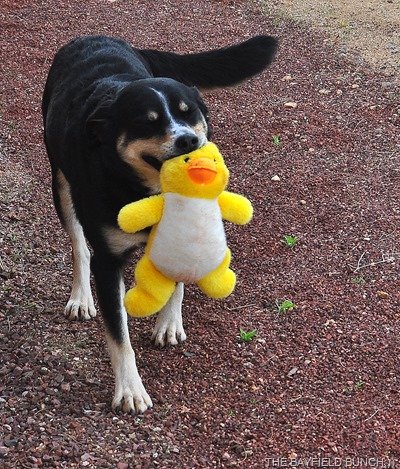 A quick stop at a garage sale netted Pheebs some more cuddly toys.  Her toy basket is already overflowing but she just seems to end up with more & more.  We get the biggest kick out of watching her ‘prance’ around with her new toys.  A yellow Duck, a brown Bear & a Christmas Hedgehog were just 3 of the toys that made the list today. 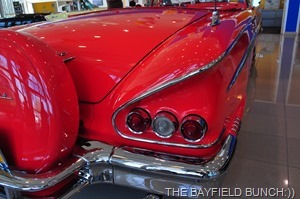 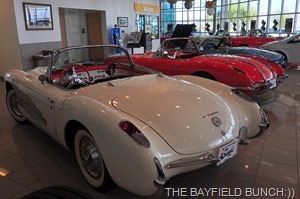 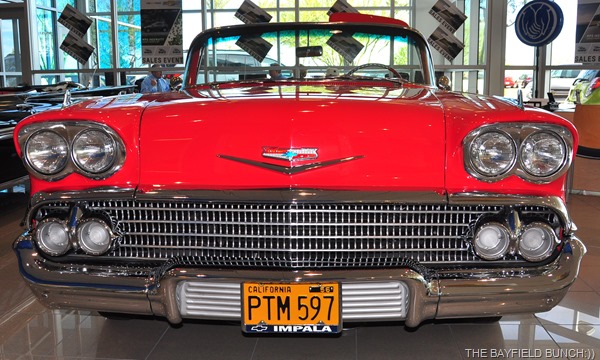 Our warm weather has really brought out the YELLOW JACKETS & we’ve had to change our habit of leaving the doors open.  Figure we should replace a few old torn window screens next winter as well.  I removed 3 Yellow Jackets from the Motorhome yesterday & Kelly took out 5.  Had to get some out of the house as well, they were landing on my porridge in the morning.  I don’t mind the little Wasp fellers so much but when they get between me & my porridge that’s where I draw the line!! 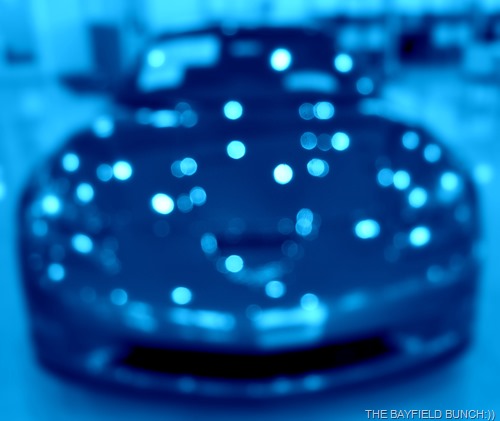 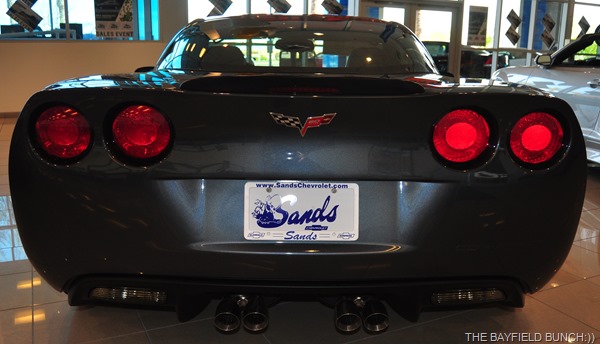 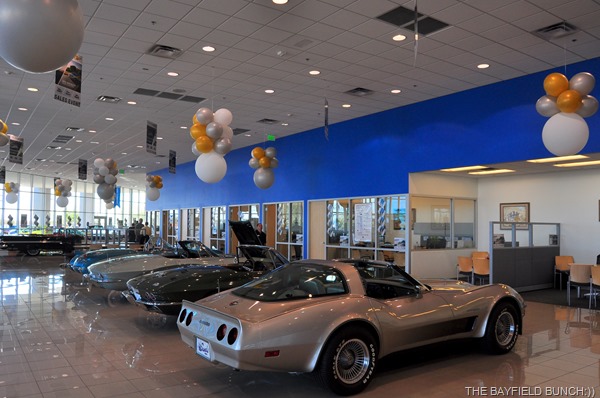 THIS IS ONE VERY LARGE DEALERSHIP

So happy to see Nina & Paul from WHEELING IT enjoying the quaint, picturesque, & artsy little Alpine like village of Bisbee Arizona.  While Ranch sitting for a few years we were just a short 20 minute drive northeast of Bisbee & took a real liking to this unique little hillside town.  It is a place like no other we have seen except maybe Jerome.  I have many posts & photos from our times spent in Bisbee.  If you type Bisbee into the search box at the top of our right hand column you can find many of those posts.  One of my favorite hobbies in Bisbee was to photograph it’s many colorful characters as well as the character of the town itself. My Bisbee album can be found here at…..BISBEE ARIZONA.....A FEW FINE MEMORIES.  This album may or may not open for you.  Since Google + took over Picasa’s Web Album format I have pretty much lost touch with all my photo albums.  Oh I know they are here or out there somewhere but I have forgotten where & lost touch with them again.  My aging memory does not serve me well sometimes.  It was just a fluke I found my Bisbee album. And isn’t it nice I finally got through a post without having to get into all that vehicle/border/rules & regulations stuff again……:)) 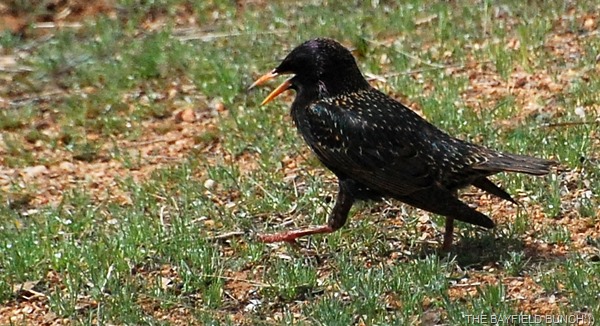 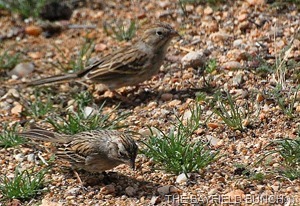 GROANER’S CORNER:((  A tourist is sport-fishing off the Florida coast when his boat capsizes. He can swim, but he is so afraid of alligators that he clings to the overturned craft.
Spotting an old beachcomber standing on the shore, the tourist shouts, "Are there any gators around here?"
"Naw," the man hollers back, "they ain't been around for years."
The tourist breathes a sigh of relief and starts swimming leisurely toward the shore. As he nears the beach, he yells to the man, "How'd you get rid of the gators?"
"We didn't do nothin'," the beachcomber says. "The sharks got 'em."