HAD A FEW WORDS WITH MISS MAGNADYNE THIS MORNING…… 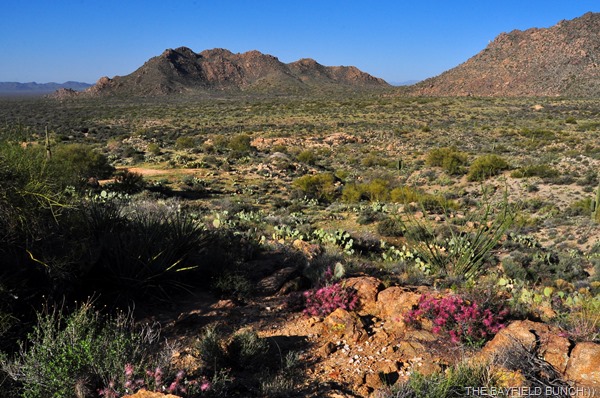 Fifty degree temps in Bayfield Ontario right now would feel pretty warm to us but after our 80+ temps this past week here in Congress Arizona this mornings slightly breezy 50 degrees felt darnright chilly when I took Pheebs out early.  Wasn’t long after old Sol cleared the Weaver mountains to the east we rocketed back up into the low 70’s. 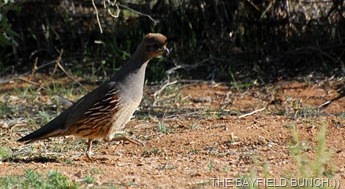 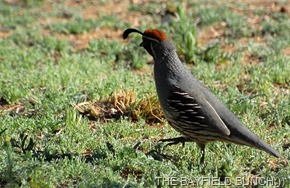 A COUPLE QUAILS A STRUTTIN THEIR STUFF

When we left Bayfield late last October in our Motorhome with all it’s spacious basement storage bins we had no idea we would be returning in April without that Motorhome & all it’s oodles of storage space.  We probably have a quarter the space now in our Sunseeker so we are having to make some very difficult space crunching decisions on what we can actually take back to Bayfield again.  Sure am missing those big Class A Damon basement bins. 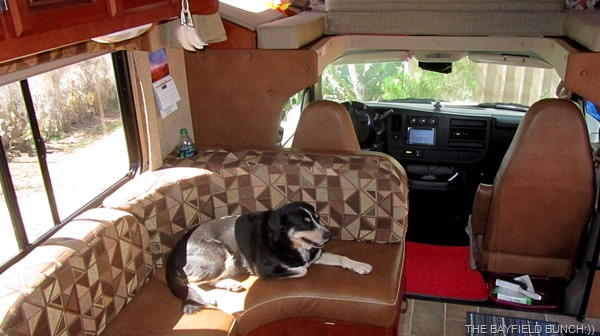 PHEEBS SUNS HER BUNS IN THE RIG THIS AFTERNOON

Sure glad I won’t be heading home this year with last year’s medical worries.  Soon as we returned to Ontario last year I had a series of medical appointments lined up regarding a troublesome kidney stone that needed to be removed by a procedure I certainly was not looking forward to.  Because of my slightly elevated PSA numbers last summer the Doctor has asked that I get a blood test on that again as soon as we get back.  Other than that I should be good to go for the summer. Unless that annoyingly painful leg/hip thing kicks in again:(( 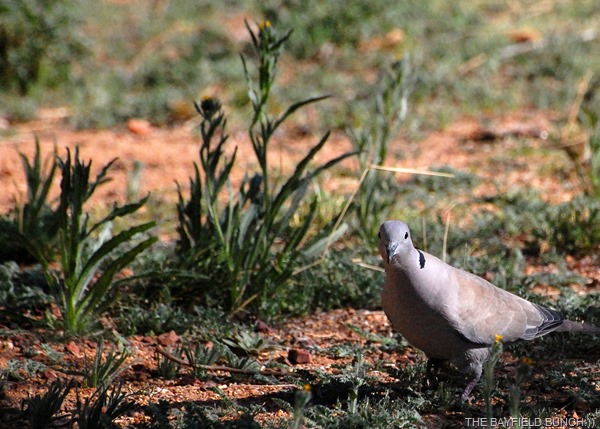 IVAN, after leaving the warm climes of the sunny southwest a few days ago finally made his way north to Alberta Canada punching his way through ice & snow.  No easy task getting up the drifted in driveway to his house.  By the tire tracks it looks like he might have made a couple runs at it.

THE CONGRESS ELEMENTARY SCHOOL NEAR OUR HOUSE IS LOOKING VERY EASTERY 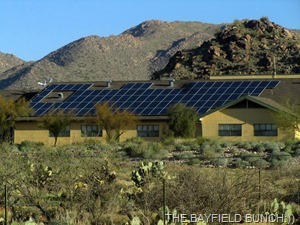 AND THIS SCHOOL RUNS ON SOLAR POWER

A friend from Bisbee had planned on stopping in today on her way north up to Nevada but an ailing back has delayed her departure.  Maybe see ya sometime next week Paula.  And speaking of ailing backs……no I don’t have one but I do seem to have an ailing tummy today.  Probably something I ate.  Kept myself in close proximity of our washroom. 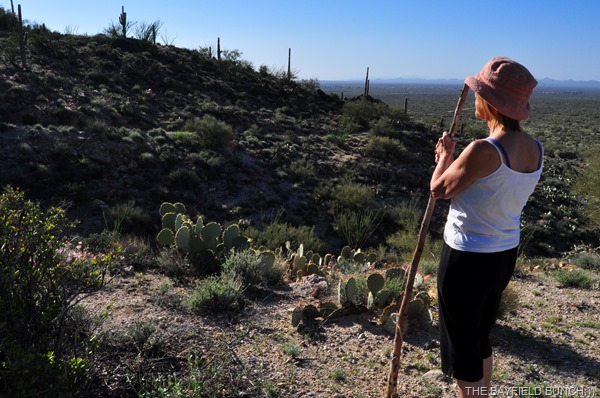 Might have figured out the annoying problem behind our Sunseeker’s Magnadyne radio.  Had forgot to plug our rig back into shore power when we returned from Borrego Springs a couple weeks ago & it seems if the engine or coach batteries get a bit low the first thing to falter is the Magnadyne.  That might explain why it was not holding it’s settings & why it was acting erratically.  Plugged the rig in Saturday & happened to turn the radio on this morning while puttering in the coach.  Radio powered right up & everything I asked it to do it did.  Big change.  Hard to believe but it even sounded better.  After talking nicely with Miss Magnadyn we both agreed to be more patient with each other & try to work together in some kind of harmonious bliss in the future.  I think when Kelly & I talked about replacing it with a Kenwood radio it scared the Holy ba-jeebers out of it:))

BEEN KEEPING OUR WALKS ON THE ROAD

No idea where the squadrons of Yellow Jacket wasp’s disappeared to but they are gone.  Just a couple weeks ago they were all over the place but we sealed up the hole in our roof line where we saw them going in & out of & that seemed to do the trick.  Still no other bugs in the air.  Nice. 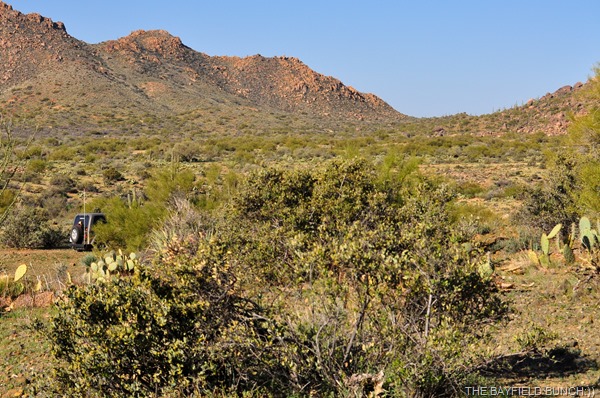 LITTLE JEEPERS SOMETIMES TRIES TO HIDE ON US

Need to clear a little something up here about Saturday night’s post.  My reference to rude & sarcastic comments had nothing to do with my post or reader’s comments on my post about the Rattlesnakes.  A few commenters were concerned.  It was my previous night’s ‘boondocking’ post that again brought out someone’s usual angry outburst. 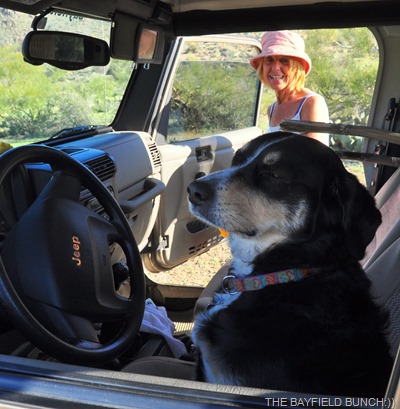 GROANER’S CORNER:((  A nursing home resident, suffering from dementia, decided to shed all of her clothes and "streak."
She passed two male residents sitting in their wheel chairs in the hallway.
The first male asked the second, "Who was that?"
"I THINK it was 'Miss Rita,'" answered his friend.
"Well, what was that she had on?"
"I don't know," he considered, "but I think it needs ironing."