WELL, DID WE GET SNOWED ON TODAY?? 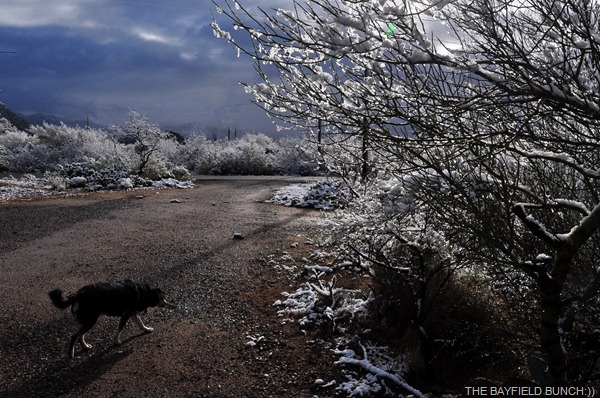 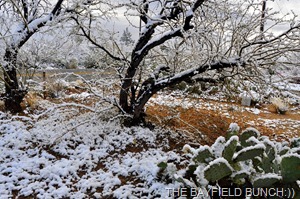 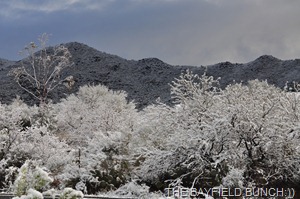 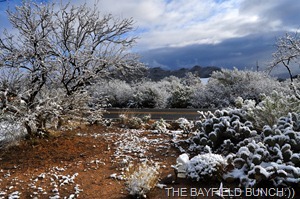 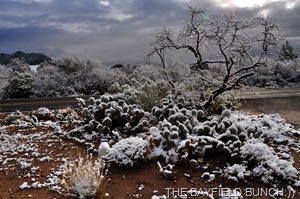 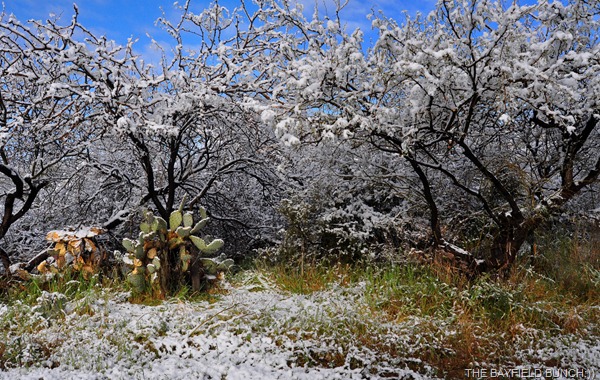 YEP, THIS IS OUR PROPERTY ALL RIGHT, BUT NOPE WE DID NOT GET SNOWED ON TODAY…’JANUARY FOOLS’…TOOK THESE PICS ON MARCH 19TH LAST YEAR:))
Wonder of wonders, I managed to sleep in till 5 a.m. this morning.  Good thing I was up a few minutes before Kelly or she would have thought I had expired. 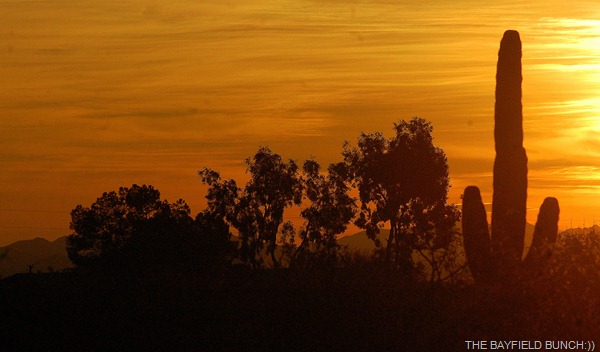 We are in the midst of some below freezing nights.  No problem for us in the house but we have had to leave some heat on in the Motorhome to protect water lines, taps, & drains.  Again, we are so fortunate not to have had any winds of consequence in these parts.  Freezing temps driven even lower by freezing winds can really do a lot of damage.  We seem to be in some kind of low wind area here in Congress & especially out here on Ghost Town Road.  Aside from a threatening overcast sky Thursday morning, the weather folks have basically mis-predicted our weather.  They were calling for a chance of snow today but we had a bright sunny day with not a cloud in the sky.  Outside temps in the low 40’s were great for working outside. 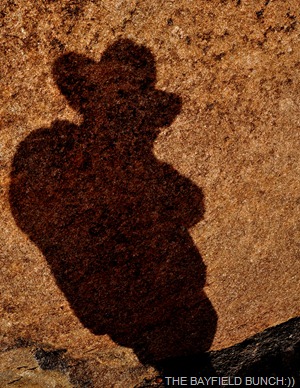 <<< BEEN AWHILE SINCE WE’VE SEEN THE SHADOW COWBOY
A year ago now we were still at the Ranch near McNeil Arizona & it was a great week for us. My Aunt Jean from Sarasota Florida was visiting for a week.  It was a time of travel, memories, & a chance for Aunt Jean & I to finally spend some time together.  We hadn’t seen a lot of each other over the years.  It was the internet that first brought us together back in the late 90’s.  We emailed daily for years.  Jean is 85 now & ran into some unexpected health problems late last summer but we have our fingers crossed she can make it out again this year sometime around the end of February.  Jean is a very strong willed independent person & if there is a chance she can make it this year, she will be here:)) 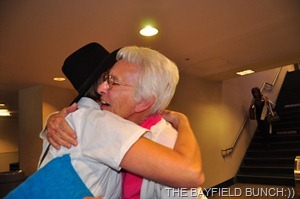 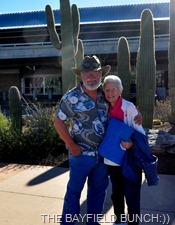 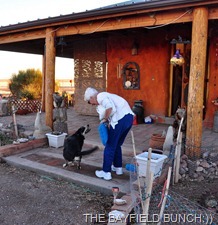 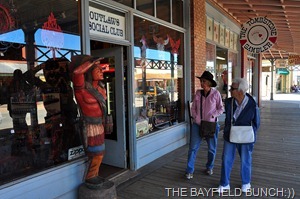 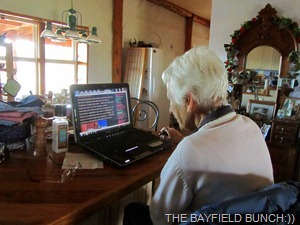 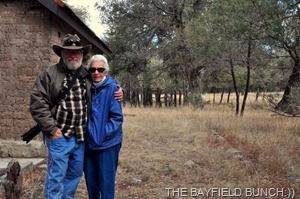 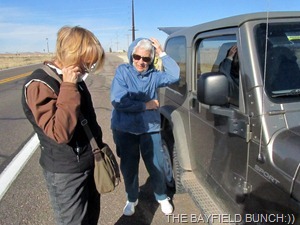 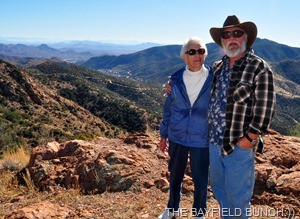 FLAT TIRE ON THE JEEP & ATOP TOMBSTONE CANYON 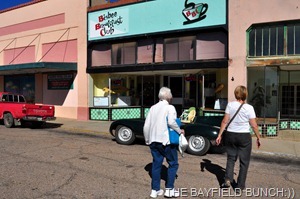 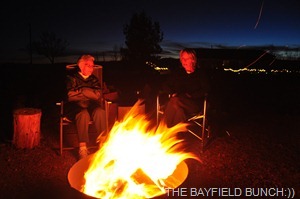 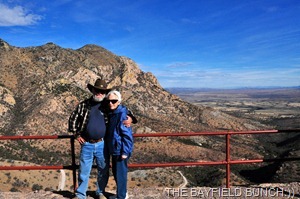 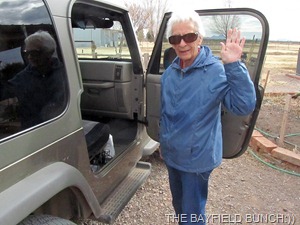 ATOP CORONADO PEAK & JEAN SAYS SO-LONG TO THE RANCH 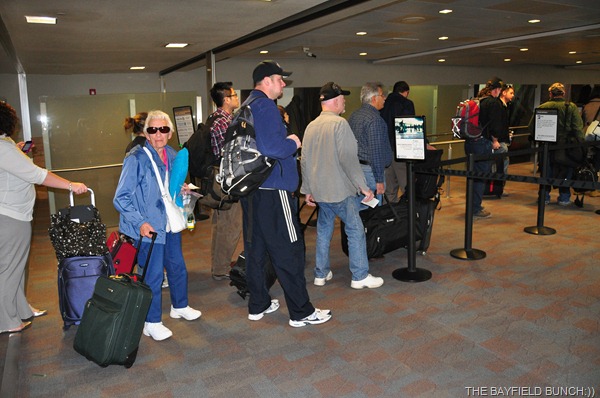 SAYING GOOD BYE TO AUNT JEAN AT THE TUCSON AIRPORT
A leaking anything in an RV is never good news.  In a contained vehicle, a broken water pipe or leaking water heater has no way to drain away.  Water just sits & slowly eats away at floors etc.  The folks over at RV LIFE ON WHEELS recently discovered a long term hot water tank leak.  They were in for quite a repair job!! 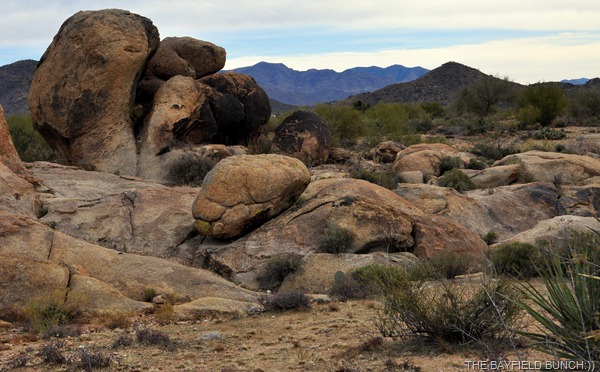 OUR DESERT PLAYGROUND JUST A BLOCK AWAY
Some folks may wonder why we are putting all this crushed stone down around our house.  Looks nice maybe, well yes, but that is only part of the reason.  The desert floor is made up of sand, clay, & a fine gritty gravel & is easily tracked indoors where it becomes sand, clay, & fine gritty gravel all over the floor.  Almost like a sandpaper.  But, that’s not the worst thing about.  Add water to the equation & you have ‘hell on shoes’!!  When the desert floor gets wet, it quickly turns into a quagmire of gripping gumbo glue that sticks to boots & shoes like fleas on a wooly dog.  Surrounding our house with crushed stone helps knock off the sand, clay, & fine gritty gravel before we enter the house.  I don’t even have to tell you the advantages of having a layer of crushed stone around on a rainy day.  In Bayfield we have something similar to our red crushed rock called pea stone gravel.  Same advantages. 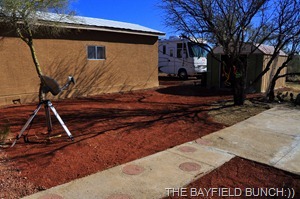 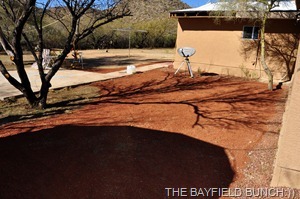 Ever notice sometimes when doing various things, long ago memories are triggered.  For example, every time I am using my garden rake to level anything out whether it be dirt, gravel, or sand I hear a familiar voice saying to me, ‘ya missed a high spot there’.  It is the voice of my first wife’s Father.  Art owned his own small landscaping business when I first met him back in the late 60’s.  I worked for Art a few summers doing a lot of ground prep, sodding, & planting of shrubs etc.  He had a contract with a local developer in the Kitchener-Waterloo area of Ontario to landscape new housing developments.  That landscaping mainly consisted of sodding.  It was a physically tough job.  Before sodding, the ground had to raked out perfectly level & I spent many sweaty summer hours with large 2.5’ wide aluminum rakes doing just that…raking.  When I first started, everything already looked perfectly level after Art had gone over the ground with his tractor leveling out the high & low spots, but of course it wasn’t.  I would get busy with my rake thinking I was doing a perfect job but Art would come by & say to me, “ya missed a high spot there”.  To this very day, nearly 45 years later, every time I set a rake on the ground, I can hear Art over my shoulder with those very words…“ya missed a high spot there”.  Every time……… 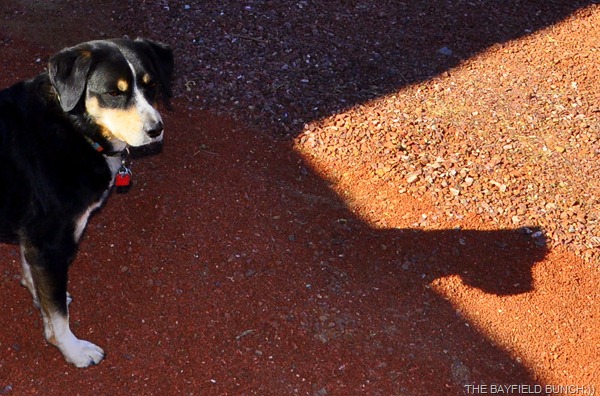 I LIKED PHEEBS SHADOW PROFILE
GROANER’S CORNER:))  Joe, John and Bob were moving furniture. While Joe and John were struggling with a particularly heavy oak wardrobe. Joe noticed that Bob was nowhere in sight.
"John, where's Bob?" asked Joe. "He should be helping us with this thing."
"He is helping," said John, "He's inside holding the clothes hangers in place!"
-------------------------------------------------------------
- Tourists see the world, travelers experience it.
- Home is where your pet is:))
- "If having a soul means being able to feel
love and loyalty and gratitude, then animals
are better off than a lot of humans."
(James Herriot)
- The pessimist complains about the wind; the optimist expects it to change; the realist adjusts the sails -William Arthur Ward
- The only thing better than right now will someday be the memories of right now...AL.
- It is not so much having nothing to do as it is not having the interest to do something....AL.
Posted by Al Bossence at 1/11/2013