WE LOOKED, BUT WE DIDN’T FIND…..YET 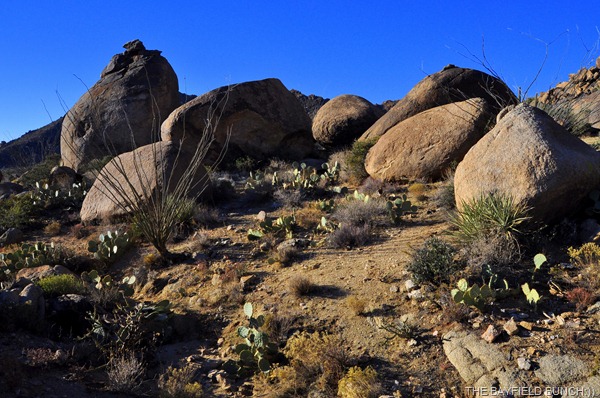 SOMEWHERE OUT HERE WE HOPE TO FIND INDIAN PETROGLYPHS

We took Kelly’s new ‘Netbook’ jeeping with us this morning.  On the screen we had an old black & white photo dating back to 1901.  Kelly spotted it in a library book & it’s the only clue we have so far in finding the elusive Indian Petroglyphs in the desert behind our place.  Photo shows 3 people & a large round rock with Petroglyphs on it.  We set out this morning to find the mountain configuration in the background of the photograph. 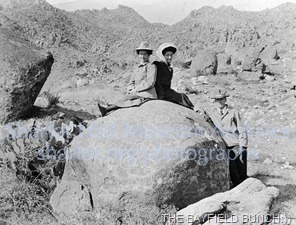 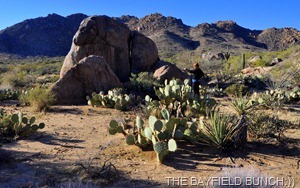 Made sense for us to head directly to where we knew for a fact an Indian Village once existed.  House Rock is where we saw the tell tale signs of ancient Indian life.  Grain grinding holes in the rocks called Morteros.  There are a few Petroglyphs there but we feel there are more somewhere according to what locals have told us. 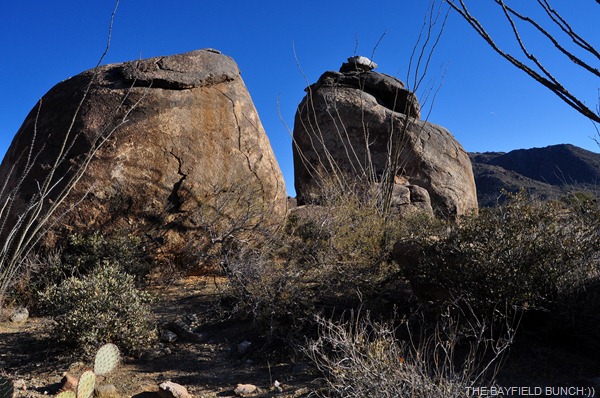 Parts of the background scenery in the photo looked familiar but we could line ourselves up with an exact match.  Not yet.  We did spend some time walking & climbing a section of rocks south of House Rock in hopes of spotting some Petroglyphs but no luck despite the type of rocks Petroglyphs are usually found on.  No matter, we had ourselves a nice walk on a beautiful desert morning anyway.  And Pheebs just has an absolute blast running around all over the place. 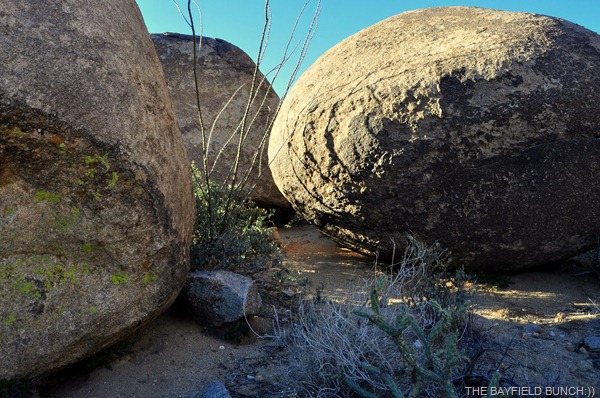 From House Rock we spotted another set of craggy rocks about a mile to the northeast that looked promising.  From that vantage point I figure the mountain background just may line up with the photo background & our next Jeep trip out into the desert we’ll make our way towards that rock formation & see if we can find anything.  If you type either the word Mortero or Petroglyph into our search bar near the top of our right hand column you can find some of my posts regarding where we have found these things in our southwest travels over the past 6 years. 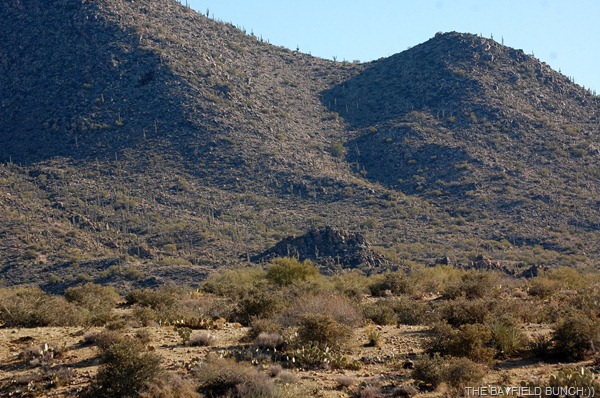 We wanted to be back home by mid morning just in case the roofer or screen door guy showed up.  Also expecting Fed-Ex to drop off a new battery for my Toshiba Satellite laptop.  Kelly had also ordered an area mat for our living room & sure enough, we no sooner arrived home than a driver was at our gate with the mat. 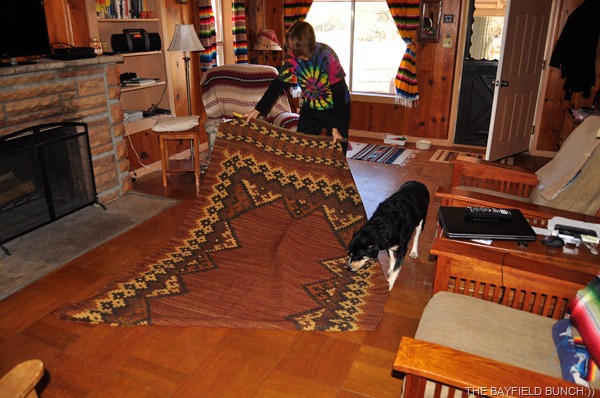 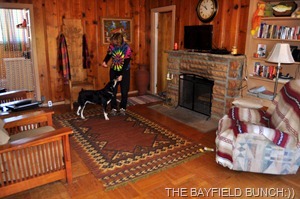 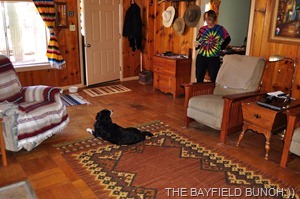 Need one more dump truck load of crushed red stone to complete our gravel project around the house & I’m hoping we can get that delivered next week.  I don’t like leaving projects half done. 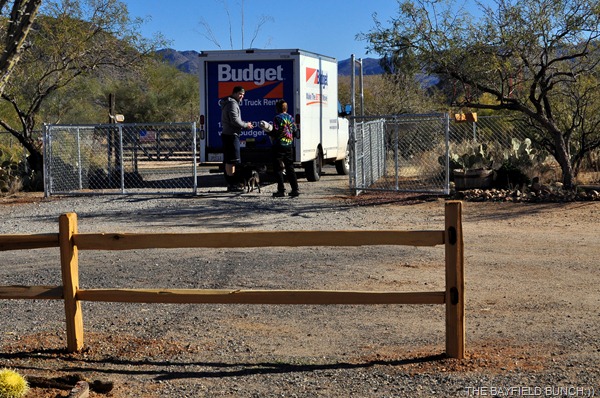 On a 4 day junket to Las Vegas in the mid 90’s, Kelly & I, in a rental car took a drive over to a section of Death Valley California.  Merikay & Craig from MERIKAY'S DREAM HAS TEN WHEELS has just visited the same area & I like the photos they took. 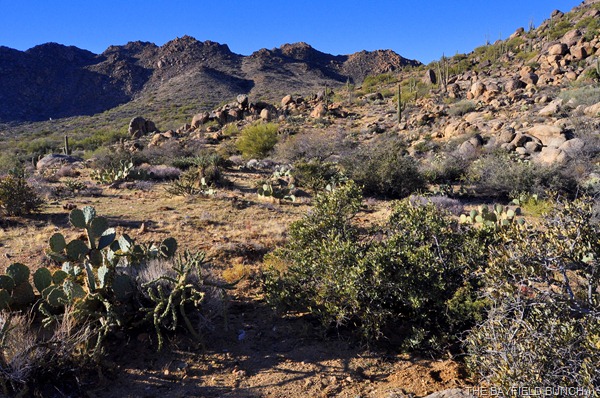 JUST ANOTHER NICE MORNING IN THE SONORAN DESERT