TODAY WE SAID GOODBYE TO OUR GUESTS FROM THE EAST

For Pheebs & I it was our last night camped out in the Motorhome. Really enjoyed the time kibitzing about, morning snuggles, quiet music, & just simply doing what us guys wanted to do. 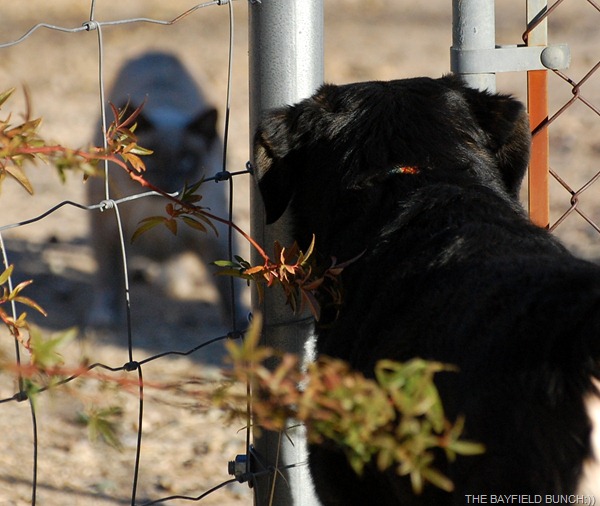 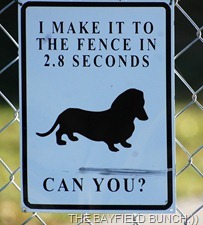 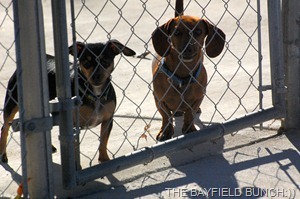 ALWAYS AN INTERESTING MORNING WALK FOR THE PHEEBS & THESE TWO LITTLE SPIKES CAN DO  THAT 2.8 SECONDS TOO

Peter & Leslie did a walk around the block with us this morning & then it was time to say Good Bye.  Suitcases in the car & they were on the road for the Phoenix Airport by 9:30.  All & all, it was a good week & we were happy to have them here.  And, it was the first time ever that we actually had someone stay in our house & be a part of our lives for a few days.  Aunt Jean visited us a year ago but she stayed in the Ranch House when we were in McNeil Az.  It is very possible that in a month from now Aunt Jean might just once again be with us here in Arizona:)) 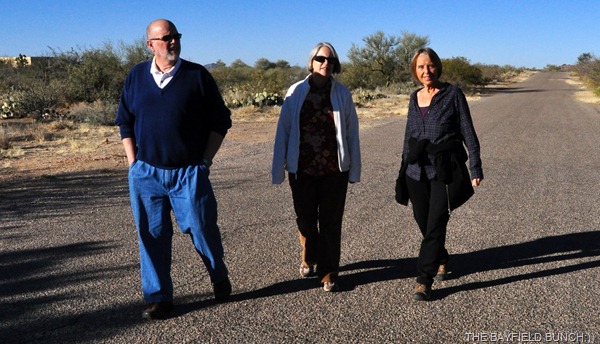 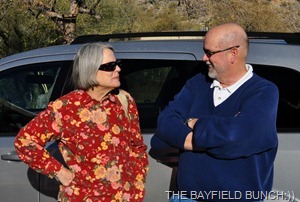 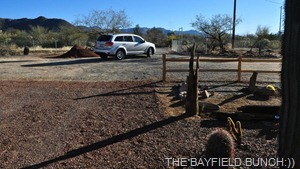 Y’ALL COME BACK NOW YA HEAR:)) 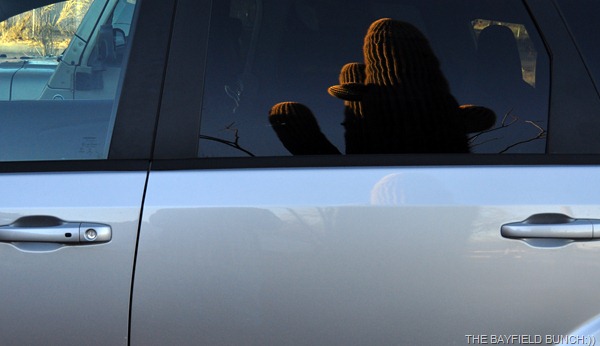 By 10:30 this morning, Pheebs & I had all our stuff moved back into the house & put away.  Kelly did laundry while I did dishes.  Back to our old routines.  Warm enough to have our doors wide open again.  No bugs in Arizona during the winter.  Ahhh, what a life:)) 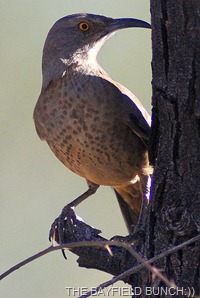 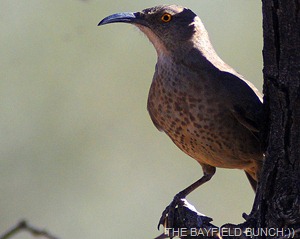 By 11:30 I had my paint brush in full gear painting our front screen door.  It was an old scuffed & weathered black aluminum door that just needed some spiffing up.  We have always liked a southwest color called Taos Blue, so without further adieu, it became Taos Blue.  Kelly had picked up a quart of it one day a week ago but the temperature had not been warm enough to put the paint on.  Standing back & looking at it I can see where we will have to paint the white frame something else now as well.  And, at some point we also plan on replacing our 4 square white porch poles with new round pine posts. 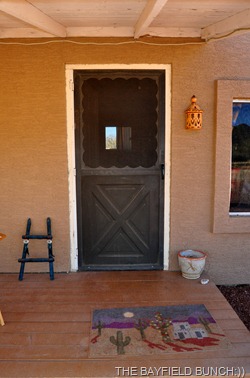 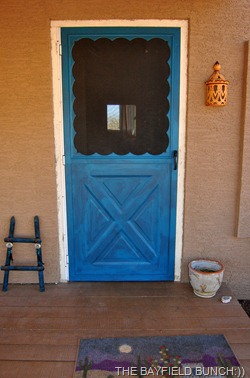 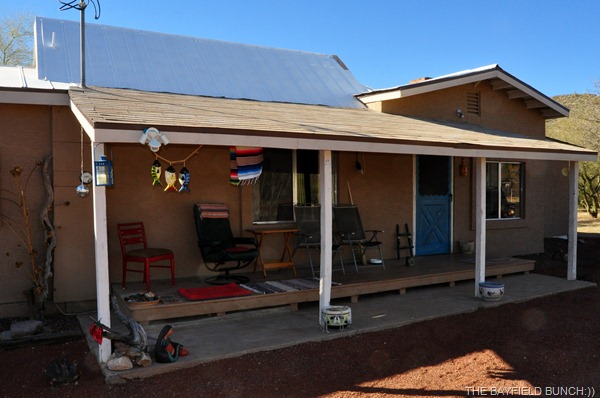 By 2:30 this afternoon I had replaced our broken outside tap valve which had froze & cracked in the freezing temperatures this past week.  I think it was my first ever successful plumbing job.  And, I even remembered to turn the water off first too.  Imagine that:)) 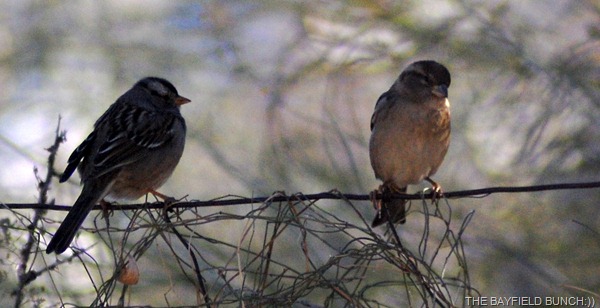 Made a few more changes in the house today.  In the evenings Kelly has her TV shows she likes.  Not my cup of tea so I spend my time putting the blog together.  In Bayfield I am able to escape the night time television drama by hanging out in the sunroom with my soothing ambient music.  Up till now, I couldn’t do that here in our Congress digs so when Kelly’s TV shows were playing I had to put on my headphones in order to concentrate on what I was writing.  Today we solved that problem by making some changes & I now have my own little computer set-up in my bedroom.  Brought the Poang chair in from the Motorhome & with the Sirius Satellite radio also moved to the bedroom I once again have my quiet relaxing space.  Some of us guys need our quiet relaxing space you know:)) 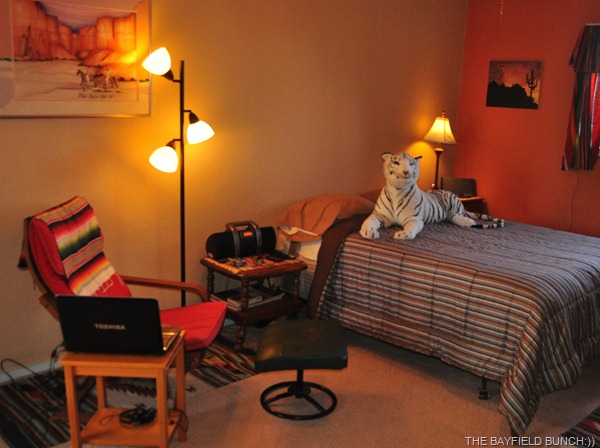 I’m tossing around another small fence project.  Now that our good neighbor Bud is gone, we have some younger, maybe not so good people moved in over there.  The view over that way is not great from our back yard anyway so I figure I can put up a section of wooden privacy fencing 40’ long by 8’ high.  That should help cut down on ‘young people’ noise as well.  If I can get the Boss to loosen the purse strings a bit, maybe I can get that little project underway shortly. 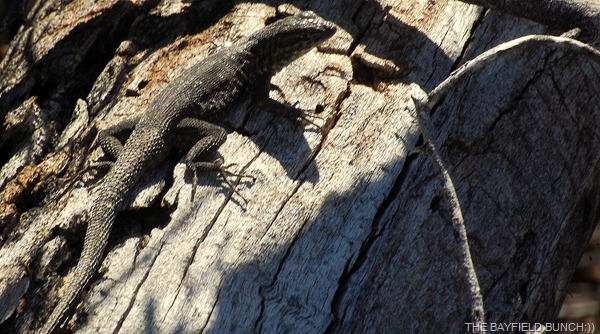 THESE WARMER DAYS HAVE BROUGHT OUT A FEW LIZARDS

And, another medical scare for JERRY & SUZY over there in that Benson Arizona place.  Jerry, still recovering from a heart attack last month had to quickly head for Tucson where Suzy was taken by ambulance for emergency surgery.  Drop on over & Jerry will tell you what happened. 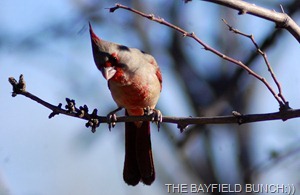 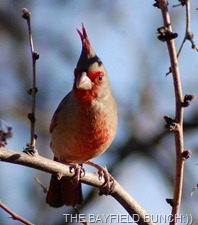 Well, maybe I can shorten the blogs up a bit now that we won’t be out & traveling about every day.  I’m sure, not posting as many pictures will help shorten up the blog.  I do get myself a little overboard at times.  I was averaging 100 photos a day this past week when Peter & Leslie were here.  That’s a lot of photos to go through at the end of the day when one is usually tired enough to fall out of one’s chair……………………..

GROANER’S CORNER:((  Morris was at his usual place sitting at the table, reading the paper after breakfast. He came across an article about a beautiful actress that was about to marry a football player who was known primarily for his lack of smarts and common sense.
He turned to his wife Sherry, with a look of question on his face.
"I'll never understand why the biggest bozos get the most attractive wives."
His wife replies, "Why thank you, dear!"