AT FIRST I THOUGHT IT WAS MY TUMMY RUMBLING 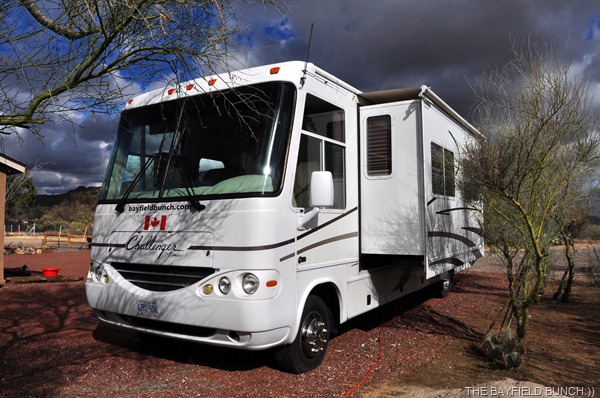 ONLY PICS I HAVE TODAY ARE A FEW OF THE RIG I TOOK THIS AFTERNOON
I stood for awhile with my elbows resting on my bedroom window sill last night watching banks of darkened clouds move silently across a rising Moon.  Truly a mystical scene remembered from early day childhood story books.  A nice way to remember a long ago day.
---
In a semi-sleep I thought it was my tummy growling, but no, sounded more like the wheels of our recycle bin being reeled past my bedroom window.  But wait, I have the bin full of yard waste so it couldn’t be making that hollow rumbling sound.  Rousing a tad bit more from a sound sleep I was suddenly aware of a flash in my room followed by a loud rumble.  Dam those F-16 fighter jets & why are they dropping bombs at night!!  Another flash & another rumble.  Nearly fully awake now.  Hey, wait a minute, that sounds like rain on our roof again.  Flash-boom!!  Yikes, it’s a big thunderstorm going on & I have things from the Motorhome sitting outside!!!!!!!! 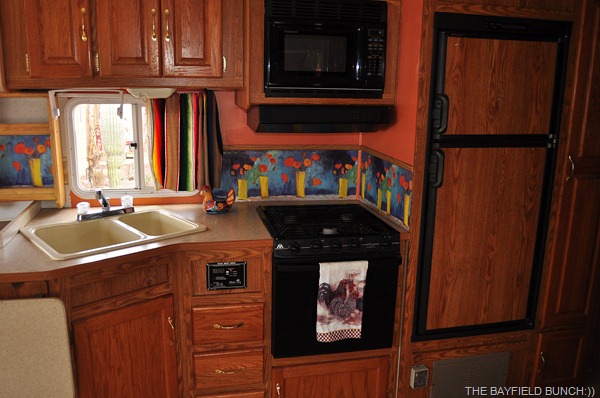 Pheebs & I were on our feet in a flash & out the door.  Her in her fur coat & me in my pajamas.  Quickly moved a few things inside off the porch & then headed out into the front yard to grab the wheelbarrow.  I had thrown a tarp over things near the Motorhome but with the accompanying storm winds figured that was probably blown off.  Piece of luck, tarp was still in place so I hastily tipped the wheelbarrow upside down over it to hold the tarp in place.  Pheebs of course was running along beside me helping but by the time we got back in the house we were a couple a soggy doggies, & of course, wide awake now.  Changed jammies & turned on the TV for awhile.  Nothing like late night television to put one to sleep.  It was 11 o’clock & by 11:15 I was once again well on my back to la la land.  Pheebs too:)) 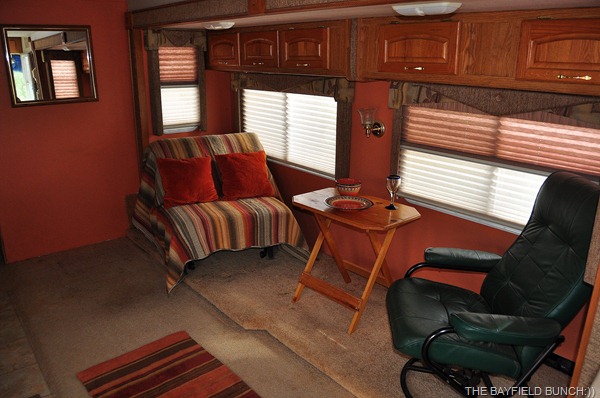 Sunny morning with big white fluffy clouds but a brisk breeze made for a ‘dressing warm’ day.  With our 6 years of processions coming out of the Motorhome it all needed a place to temporarily go.  Most of it ended up in Kelly’s office but a good portion was hastily dumped in the garden shed.  I’m not a fan of clutter so I busied myself this morning reorganizing the whole shed & vacuuming the Motorhome.   Kelly was busy manning the phones looking after the business end of things.  Monies have to be shifted around in Canada, financial transactions have to take place, faxes have to be sent, phone calls made, & monies transferred etc. etc.  And why does Kelly do all that ‘taking care of business stuff??  Easy, she’s the one with the patience & most good brains for all that:))
---
Quartzsite’s ‘RV’s For Less’ emailed today wondering when we were bringing the Motorhome over.  Kelly emailed back saying not until the money is transferred from our facility to their facility which could be maybe Tuesday or Wednesday.  We do not want to be driving all the way over to Quartzsite twice just for the sake of a couple days.  I did re-attach the hitch-up gear to the Jeep today in anticipation of us heading for Quartzsite as soon as we get the green light. 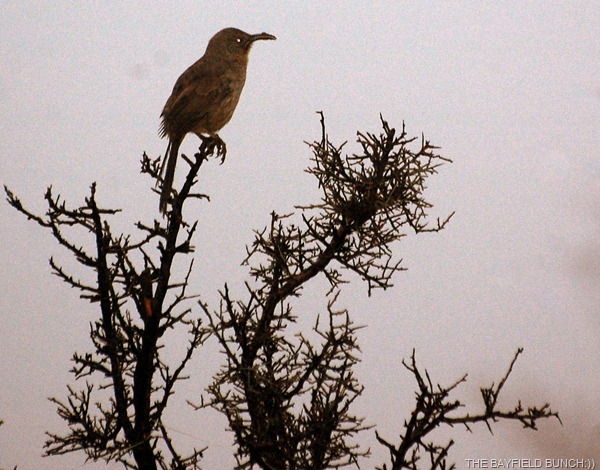 Had a reader take me to task in an email for my statement in last Fridays post about not saying too much about this whole Quartzsite deal & then turning around in the past couple days saying too much about this whole Quartzsite deal.  Well, she’s right of course.  For me, anything going on in my life is like riding on a crowded bus after spending a whole day at a bean eating competition & trying not to let anything squeak out on the way home.  Maybe not the best analogy but some folks might get my drift.  Say, do I smell something funny around here somewhere….
---
By mid afternoon we had a darkening cloud cover move in, winds picked up & temperatures' dropped.  Disappointing, but weather people say 74 by Friday with lots of sunshine:)) 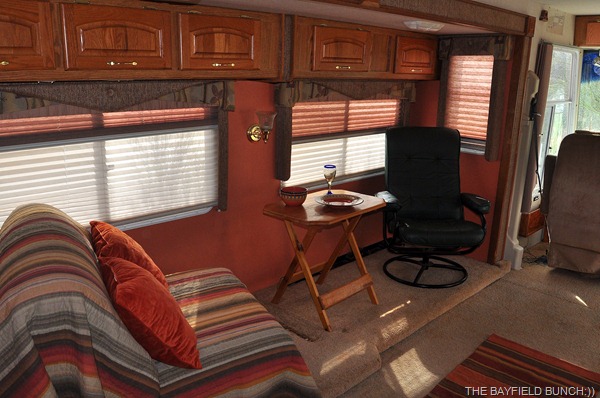 Almost afraid to mention this because I have before & then it seems to jinx me.  But, my right leg is feeling much, much, better than it has for a very long time.  Not going to say anything more, because sure as heck….
---
For anyone out there having had or about to have hip surgery, you might find Mike’s post over at PHANNIE & MAE quite interesting as goes from pre to post op surgery & mentions how he feels about the medical profession.  I am inclined to agree with him.  Also recovering from a recent surgery is Judy over at TRAVELS WITH EMMA.  Judy, commonly referred to as the ‘Birdlady Of Blogland’ & a daily blogger has not posted since January 23rd so if you have a minute you might want to drop by her site & see how’s she’s coming along.  A word of encouragement or two always goes a long way after a grinding surgery. 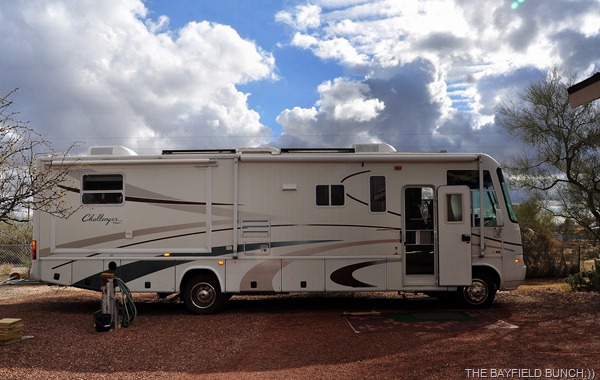 GROANER’S CORNER:((  Did you know when a man opens a car door for his wife, it's either a new car or a new wife.  And of course we all know that lawyers believe a man is innocent until proven broke.  Some may think we are here on earth to do good unto others.  But what the others are
here for, we have no idea.
-------------------------------------------------------------
- Tourists see the world, travelers experience it.
- Home is where your pet is:))
- "If having a soul means being able to feel
love and loyalty and gratitude, then animals
are better off than a lot of humans."
(James Herriot)
- The pessimist complains about the wind; the optimist expects it to change; the realist adjusts the sails -William Arthur Ward
- The only thing better than right now will someday be the memories of right now...AL.
- It is not so much having nothing to do as it is not having the interest to do something....AL.
Posted by Al Bossence at 1/28/2013