WE SWITCHED A FEW THINGS AROUND TODAY 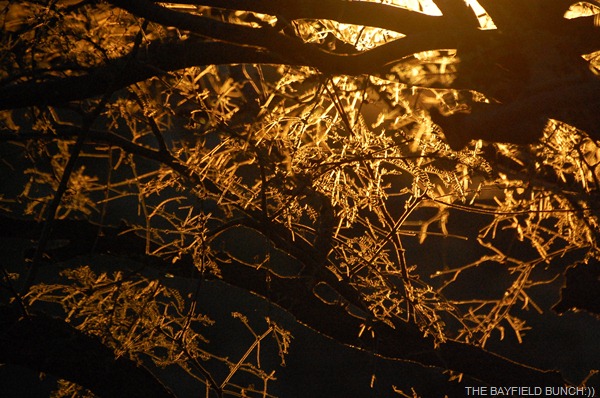 A TOUCH OF FROST IN OUR MESQUITE TREES THIS MORNING

Ahhhh, definitely warming up a bit but noticed shallow puddles on our walk this morning were frozen over.  Had 3 of those puddles been joined together we could have strapped on some blades & went for a skate.  Maybe grabbed a couple sticks & shot a hockey puck around. 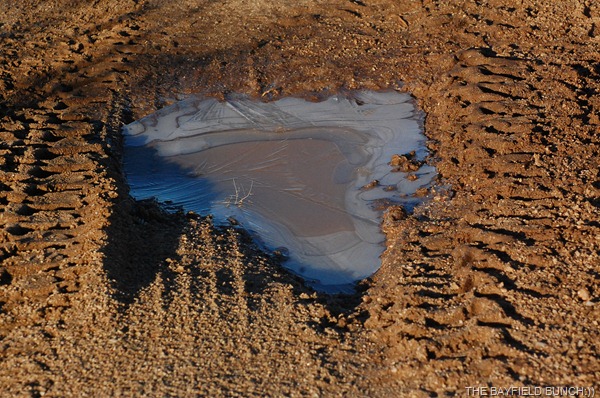 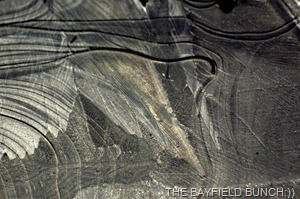 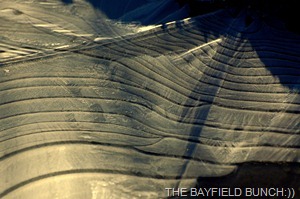 Been here in the house about 7 weeks now.  Definitely overdue for some changes.  Spent part of the morning re-arranging our living room.  Went with some of our original ideas we first had last March.  TV on the fireplace mantel & go from there.  I have changed recliners too. 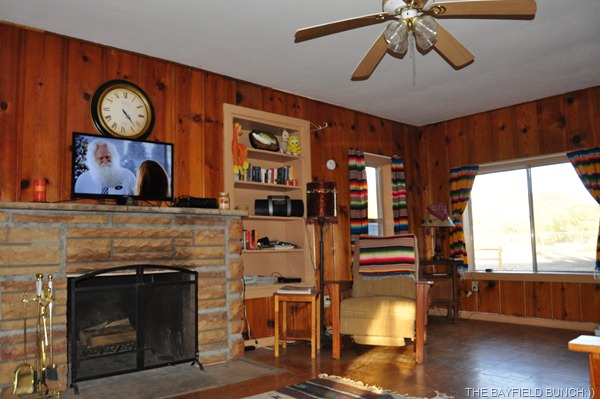 My legs are a bit too short for my size & the Mission chair had a long seat cushion making it uncomfortable after awhile.  Wasn’t too crazy about the wooden arms after a bit either.  Kelly likes her Mission chair but Pheebs & I have swapped recliners. 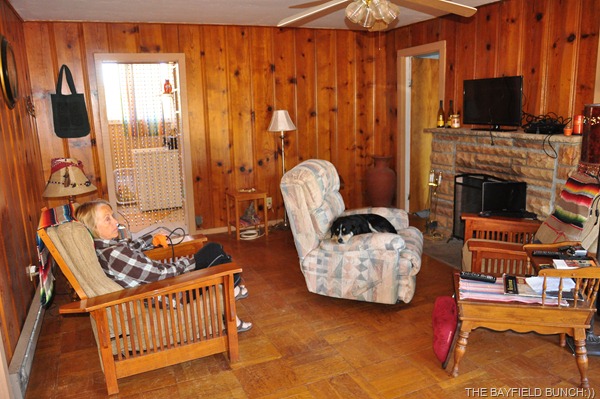 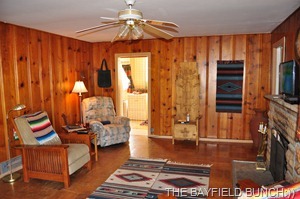 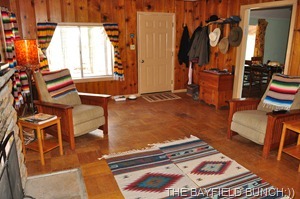 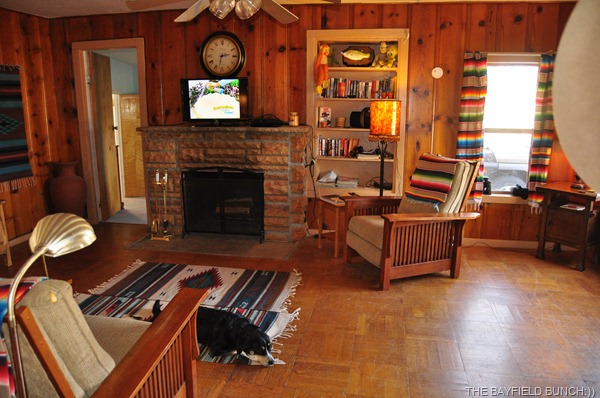 Best part is that Pheebs can once again jump up on my lap for snuggles & snoozes.  We were both missing that because of the wooden arms on the Mission chair making it near impossible for Pheebs to jump up on my lap.  And, the newer recliner is much friendlier to my back.  It sits me up straighter rather than lollying me way too far back. 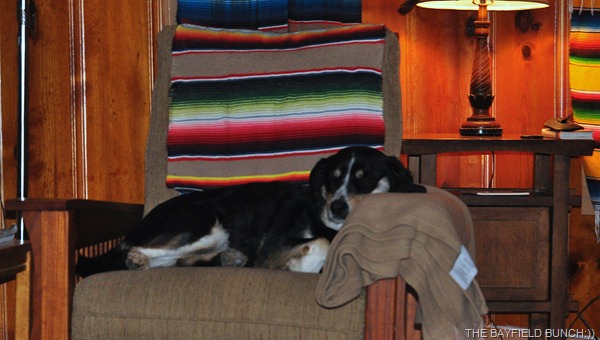 Terry, the roofing guy showed up from Wickenburg late this morning.  He pin pointed the roof’s trouble spots right away.  Said the roof’s pitch was way too shallow for shingles to have been put on in the first place.  The tin sections on the other parts of the roof are old & not made anymore.  No way to match the section in need of repairs to the older tin roof.  He suggested the best way to repair the roof section over the bedroom is to remove all the old shingles, lay down a new base over the whole section & apply an EPDM RUBBER ROOF.  Designed for flatter type roofs here in the hot summers of the southwest.  He gave us a price of $1,863 & the job will take him & another fellow one day to complete.  Said they can do it early in the new year & guarantees no leaks.  This fellow was recommended & is a reputable roofer in these parts. 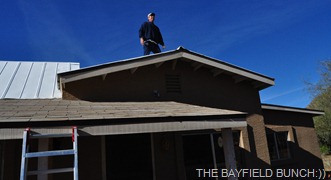 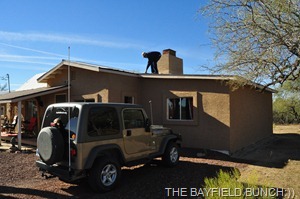 SHINGLES IN FOREGROUND WILL BE REMOVED

Couple spelling errors to fix up from Wednesdays post.  Burrow became Burro & Carol became Caryl.  Thanks for the head’s up folks:)) 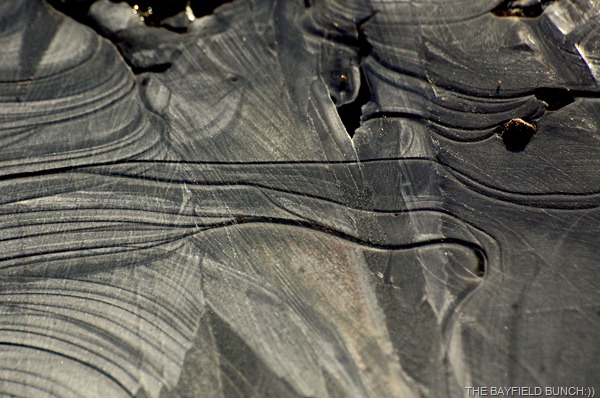 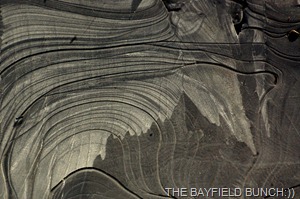 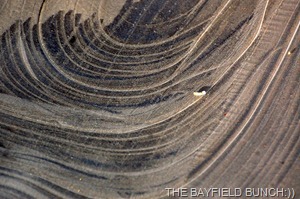 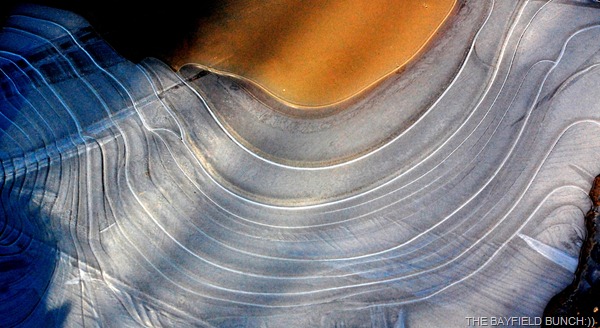 Our morning routines haven’t changed much over the years.  I’m generally the first one up & into my recliner with the TV on & my laptop on my lap.  Kelly gets up an hour or so later & plugs the coffee pot in.  I only ever have 1 cup of coffee & Kelly has a couple.  With computers on both our laps we spend an hour or so looking at stuff & keeping an eye on the television news & weather for the upcoming day.  Not much has changed over these past few years, except for our reading habits.  Kelly reads fewer newspapers & I don’t read any at all.  Our blog reading is way down as well.  It’s just impossible to keep up with everyone like we once did. 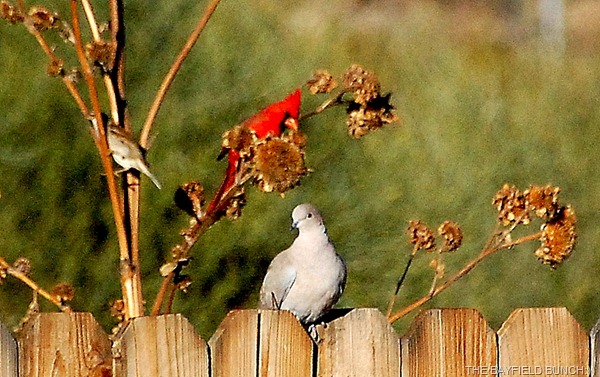 NICE TO HAVE CARDINALS IN OUR NEIGHBORHOOD & BACK YARD 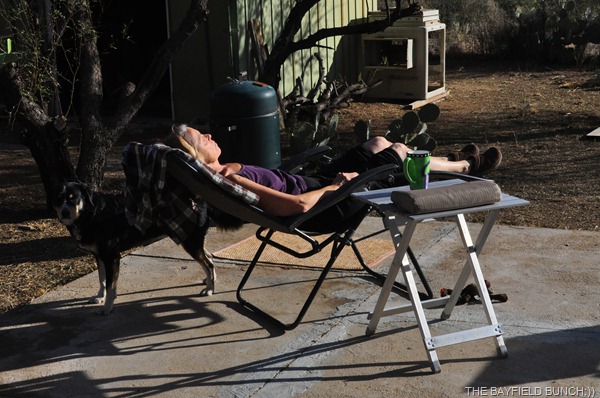 AHHHHHH, NICE TO BE BACK IN THE WARM SUNSHINE TODAY

GROANER’S CORNER:((  Beggar: Can you spare a hundred so I can buy a loaf of bread? Passerby: Bread doesn't cost a hundred! Beggar: I know, I'm expecting company.