WE LUCKILY TAPPED INTO A CACTUS SOURCE Stood for awhile Sunday night in our little Cactus garden watching a yellowed early December Moon slowly making it’s way up over the brim of Arizona’s Weaver Mountains.  The Moon’s soft glow lit the underside of a few wispy clouds giving them a surreal look. With twinkling stars as a back drop, the scene was right out of a fantasy movie. Only sounds were near & distant Coyotes. What a nice way to wind down another sunny southwestern day. 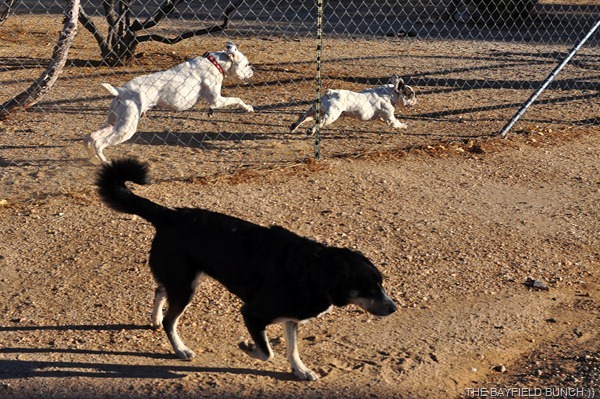 PHEEBS SURE KNOWS HOW TO STIR UP THE NEIGHBORHOOD DOGS

Managed to get myself back on track this morning so we’re off & flying for another week.  Every once & awhile my old arch enemy, depression, catches up & knocks the stuffing's out of me for a couple days.  I had actually written about depression this morning & intended it for today’s post, but decided at the last minute to hold off posting it until a another time. 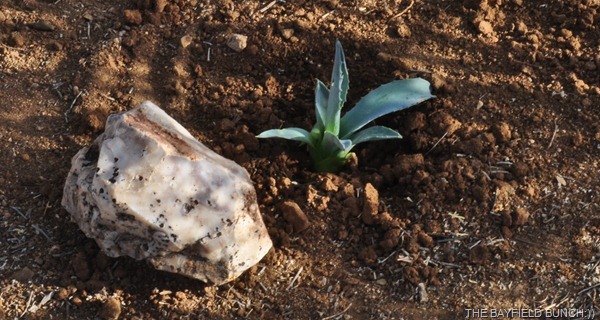 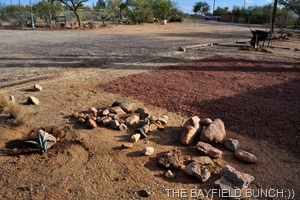 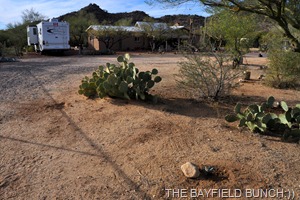 BY THE TIME OUR TINY AGAVE’S I PLANTED TODAY GET AS BIG AS THIS ONE AROUND THE CORNER FROM US, WE WILL BE LONG GONE:((

Elfrida John had sent an email saying wife Jackie would be at their Congress home for a week & to come on over & dig up some small Agave plants anytime.  We did that this morning so was able to get 8 Agave plants in the ground today.  Our gardens are slowly beginning to take shape. 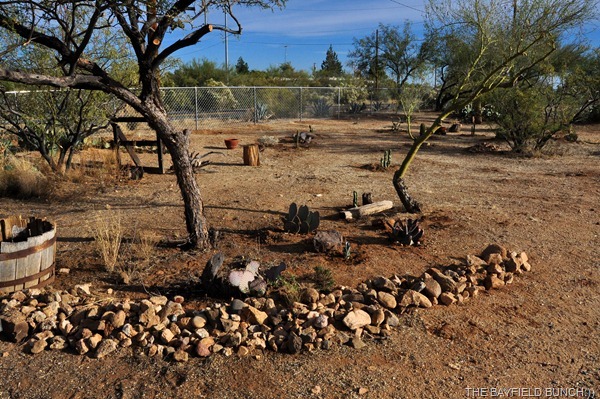 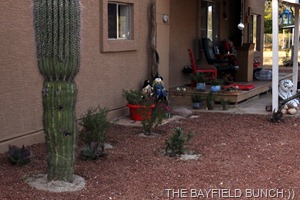 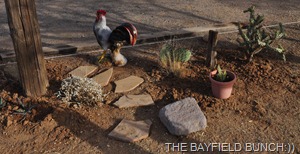 We had the thunder of jet engines in the sky this morning & I was able to scramble my 7 x 50 binoculars & ID the two planes as F-16 Fighting Falcons.  Watched one jet eject a total of 12 inline flares while pulling a high speed right turn.  Neat-O.  Now, to get some telephoto shots showing all that…..next time. 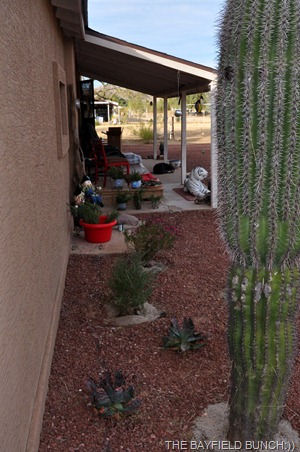 We have had a total of 3 people look at installing our new screen door at the back of the house.  All three had varying ways to do it with one guy even saying some of our stucco would have to be removed around the frame.  All came in with quotes around $200 to do the job.  We didn’t go for it.  Heard of a handy fella over at the Escapee’s North Ranch & Kelly gave him a call.  Ted stopped by this morning & suggested we take our latest heavy duty screen door back to the hardware store where we got it & he would simply make us a new door.  We knew Ted was a reputable guy so it was a done deal.  Kelly headed off for Wickenburg with our second screen door return.  Ted has 3 door customers ahead of us so it may be a week or two.  That’s Ok because Ted’s price to make a ‘finished’ screen door is a third of the cost we would have ended up paying the other guys + the hardware door itself.  We cut the cost by at least two thirds.  Bonus:)) 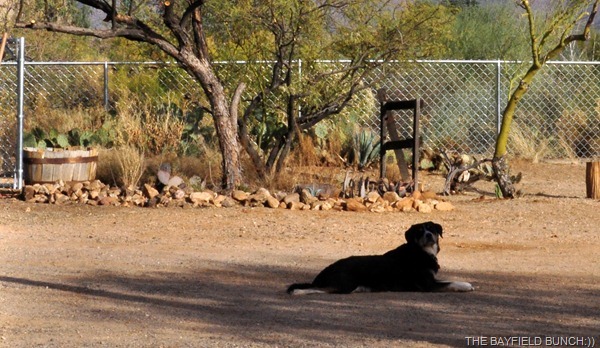 We have decided to build a decorative wood fence close in to the front of the house & set off a couple of our Cactus gardens.  I figure this is something I can do myself.  We may just do part of the fence this year & finish it up next year.  Below is a picture of a neighbor’s fence & this is exactly how we will do ours. 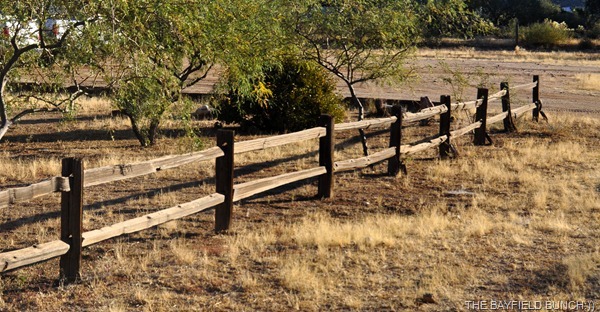 On her way back from Wickenburg, Kelly stopped in at the ladies place where she picked up those 6 Cacti last March.  Lady remembered Kelly, has a greenhouse full of Cactus & happily loaded Kelly down with……more Cactus.  She has another bunch for us to pick up tomorrow & is happy as punch we are putting together some Cactus gardens.  And, the cactus is free:))  Sometimes I just can’t believe our luck.  Looks like I will be up to my elbows planting prickers & stickers again tomorrow:))

LOOKING SOUTHEAST TOWARDS THE WICKENBURG MOUNTAINS THIS MORNING

GROANER’S CORNER:((  "When I was a lad, Momma would send me down to the corner store with a dollar, and I'd come back with five pounds of potatoes, two loaves of bread, three pints of milk, a pound of cheese, a box of tea, and half a dozen eggs. You can't do that nowadays anymore……. Too many damm security cameras."