IT’S NOT EVERYBODY WHO HAS 2 DRYERS, A HAT RACK & A MESQUITE BEAD TREE 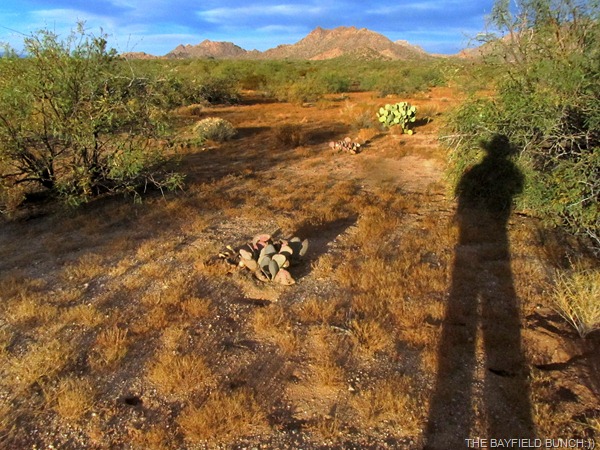 A FINE MORNING WALK FOR THE SHADOW COWBOY

Just kinda one of those tuckered out low energy days.  Lack of a consistently good night’s sleep is probably the culprit.  My days still begin around 3 or 4 in the morning….every morning.  Bedtime for me is usually never later than 10 anymore. 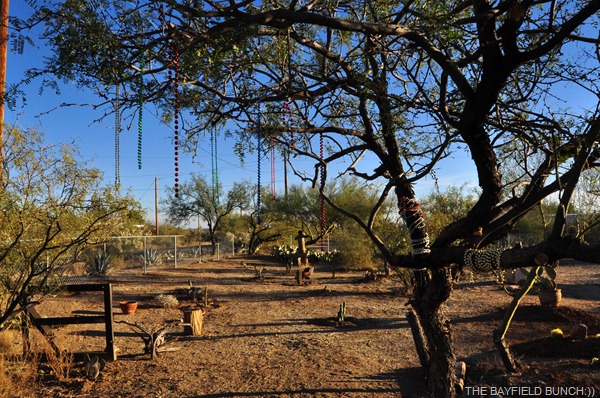 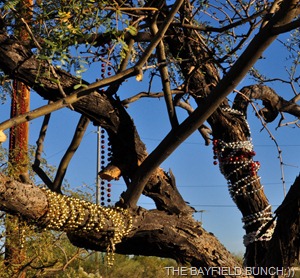 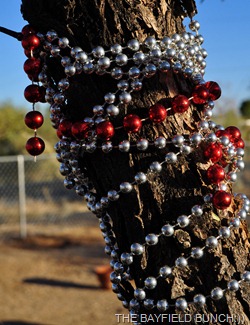 Noticed some excitement going on over at JIMBO'S JOURNEY.  Check out why Jim had a CNBC news crew out to interview him:)) 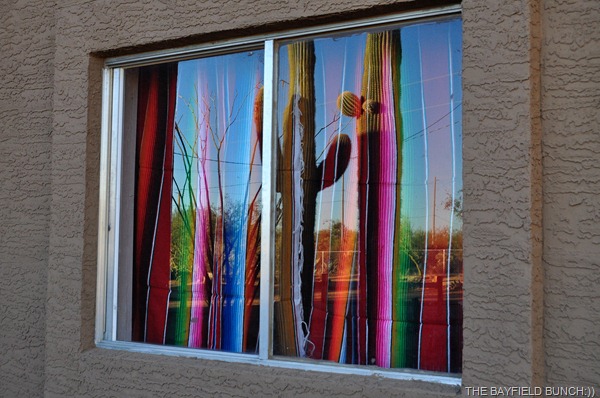 KELLY PUT UP SOME NEW CURTAINS IN MY BEDROOM TODAY

John (Hudson Hornets) rolled into Congress Thursday afternoon with another large trailer load of stuff as he & Jackie slowly transition out of their Elfrida home to their newer digs in Congress.  In that load was the matching dryer for our washing machine which John brought over a few weeks ago.  Also, an outside portable cloths dryer & something none of us could figure out what it was.  John just figured it was something that would go with our southwest theme…..& he was right.  Took me awhile to figure out what it was, until I hung my hat on one of the pegs.  Yep, I’ll bet it’s just a big old homemade western hat rack. 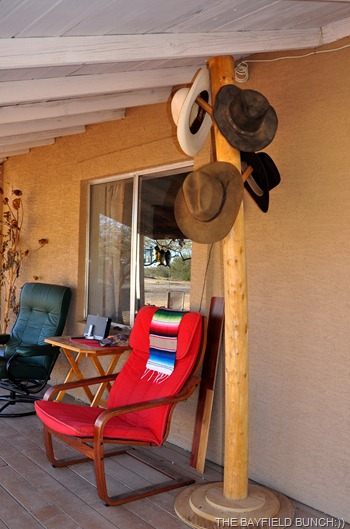 Both dryers & hat rack now reside on Ghost Town Road.  And, a big thanks to John & Jackie for their generosity.  Oh, & about that big 6’ King Snake you have living in your flower bed….it’s OK, we really don’t need one of those just yet. 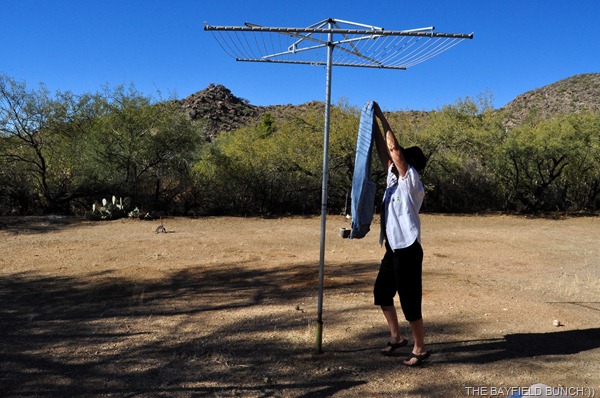 Used up all the fencing material I had on hand so until the next shipment of rails & posts arrive, I’ll take myself a little fence building break.  A few readers had some questions about the project.  No,  not a post hole digger I’m using, just a shovel.  Because I want to keep this a ‘low profile’ fence I am putting a full 12 inches of the post in the ground.  Posts & rails are Cedar & the posts come with the rail slots already cut into them.  Very easy fence to assemble.  No nails, no screws, no precise finger nail biting measurements or spot-on leveling.  No sawing or cutting of any kind.  Just kinda line er up & put er together.  My kinda no brainer project:)) 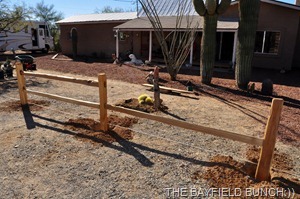 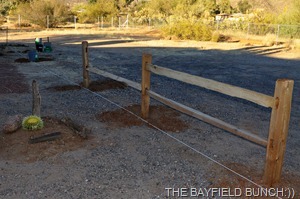 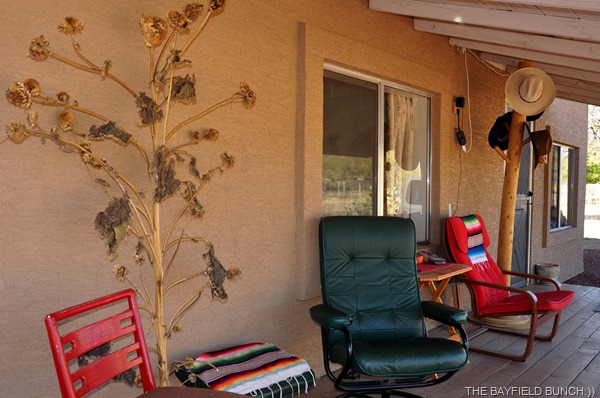 WE FOUND A SUNFLOWER STOCK ON OUR WALK THIS MORNING

Spent some time under the stars tonight looking for VESTA.  Despite knowing exactly where to look, & using two sets of powerful binoculars, I couldn’t find the elusive Asteroid.  It’s not exactly something that has a big flashing neon sign on it saying it is an Asteroid.  I may have seen it & mistook if for a star.  Comets are easily identifiable because of their fuzzy tails.  If the Earth is ever totally destroyed some day, it will likely be the result of a collision with a large Asteroid.  It is common belief that it was an Asteroid striking the earth eons of centuries ago that wiped out the Dinosaurs.  An Asteroid is basically a big piece of rock traveling an average speed of 25 kilometers a second.  Now, that is a lot of impact speed…………….. 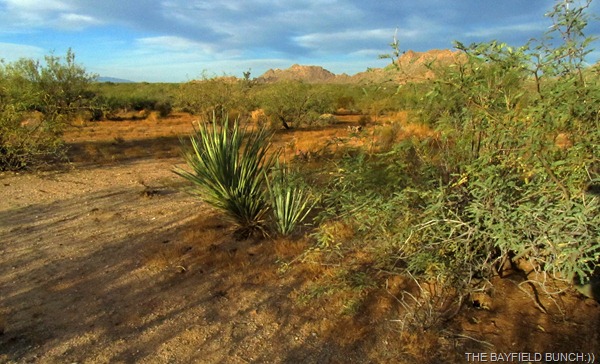 THIS IS OUR QUIET MORNING WALK ENVIRONMENT:))

GROANER’S CORNER:((   Two guys were walking along a road in Georgia when they were struck by a police car driven by a drunken cop.  One guy was thrown through the windshield and his buddy was knocked down an embankment.  The first guy was charged with breaking and entering and the second with leaving the scene of an accident.