WE SPOTTED INDIAN JOE BEFORE HE SPOTTED US 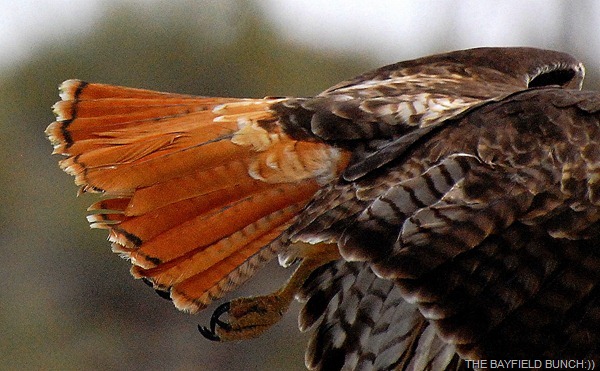 Amazingly enough, I did not take a single photo of anything today.  Tonight’s pics are from a rough & tumble Jeep ride Kelly & I took all the way up to the peak of the Harquahala Mountains last March.  First photo is the tail end of a Red Tailed Hawk I caught with my 300mm lens on the way up. OUR DESTINATION WAS SOMEWHERE ATOP THAT MOUNTAIN RANGE

Today, we spotted Indian Joe before he spotted us. Or, I should say, we spotted his faded old powder blue Ford pick-up truck with it's tell tale yellow tailgate. IJ's truck had been described to us by several folks who highly recommended Indian Joe as an all round handyman, hard worker & one who can be trusted. It's an old house we have & it needs a handyman's touch in many areas. On our way back from Wickenburg today we spotted an old powder blue truck outside the Congress Dollar Store. We knew Indian Joe couldn't be far away & sure enough, with the description of a fellow having a black ponytail, we tracked him down inside near the soups & soap isle. Introduced ourselves & a couple hours later Indian Joe & his friend Cas dropped over to our place.  Did a walk around of things needing attention. He will be getting back to us Thursday. No word from the fence guy yet….& no sign of any Javalinas yet. WOW, WE MADE IT TO THE TOP

Did manage to get a little weed whacking done this morning before we headed off to Wickenburg for a few stops including Stewart's Hardware, a consignment shop, Alco, Safeway for groceries, Ace hardware, Re-Store (Habit for Humanity) plus a stone & gravel place to have a look at some pea stone. 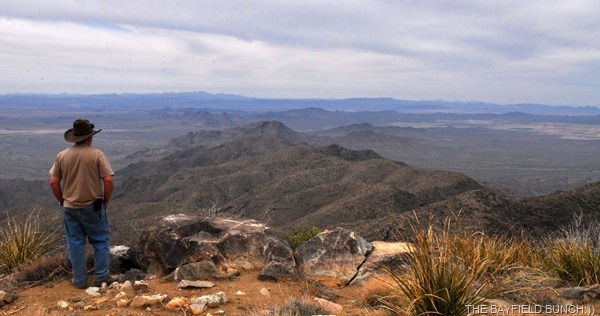 I think we have decided to go with wire fencing across the front of the property, with a driveway gate. We will plant the entire fence line with Sage & Yellow Bells, etc. In a few short years we will have a solid green & flowering privacy hedge all the way across the front & up the sides of our property. In this kind of desert area, folks put in rubber/plastic water drip line tubing about 4" under the surface. A programmed timer comes on each day (especially during the hot dry summer) & adds a bit of moisture to the plant roots. This way, growth is rapid, thick, & goes a long way in assuring the life of everything planted. 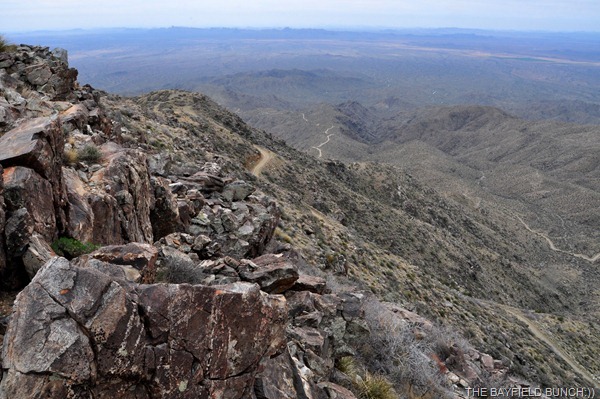 Again, Nina over at WHEELING IT  has another in a series of informative posts & this one has to do with internet on the road. Getting on & staying on-line is often a touch & go bit of business for RV'ers. Confusing, what kind of a system to go with, equipment to use, what about this contract stuff, Verizon or Millenicom, etc. etc. Don't miss Nina's post...they got themselves some smokin hot solutions & answers over there complete with diagrams to explain things. And, don't forget to read the comments on Nina's post as well. More info there. 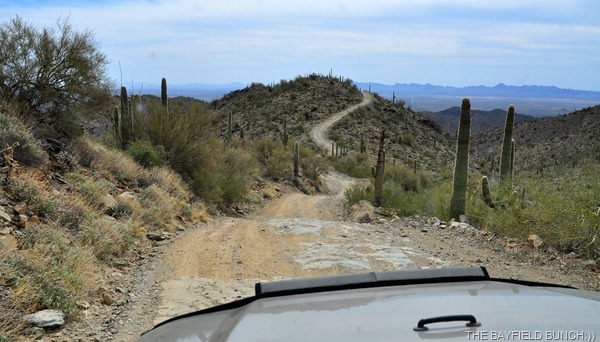 No problem with the time change this past week-end. Arizona never changes time so there's no moving ahead in the Spring or moving back in the Fall. I like it when things are simple like that. In fact, I seem to like the simpler ways of doing things more & more all the time. 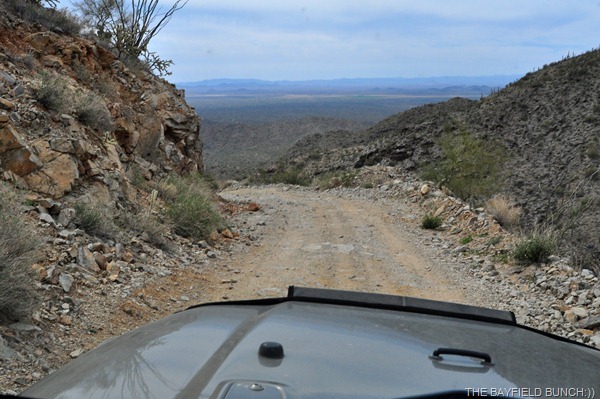 Just remembered someone asking about gas prices in our area & I think we paid $3.84 when we filled up the Jeep in Congress a couple days ago. Nice to have a gas pump we can get familiar with. The many varied gas pumps while traveling are always a real challenge. For us, gassing up is always a two people procedure. Kelly does all the credit card number stuff at the pump & I do all the stuffing of gas into the rig itself. 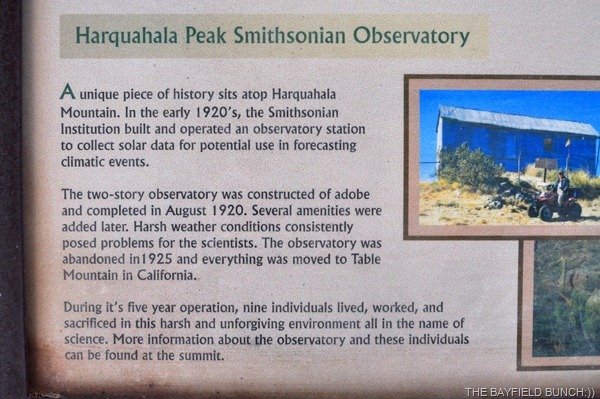 Found out a few more snippets of history on our house here on Old Ghost Town Road.  Built in the mid 50’s by a fellow who worked in the Congress Gold Mine just up the road.  Indian Joe said the house was always rumored to have gold stashed away in it.  Said he knew one of the last owners.  An old Veteran who lived here by himself.  He became ill & was taken to the Vet’s hospital somewhere & never returned.  Some of his Grandchildren moved into the house & trashed the place.  A couple from California bought it, stayed only a year & defaulted on the mortgage.  Enter the Bayfield Bunch:)) 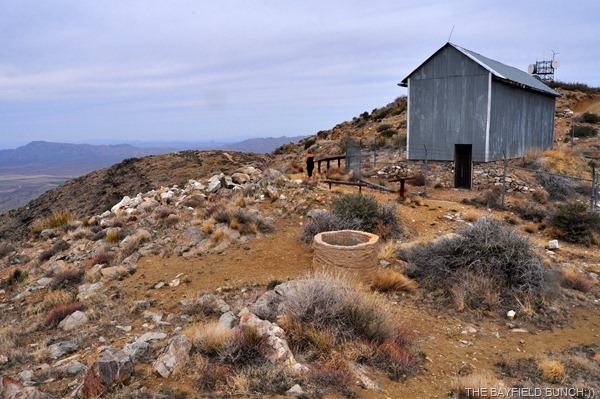 GROANER'S CORNER:(( A man enters a barber shop for a shave. While the barber is foaming him up, he mentions the problems he has getting a close shave around the cheeks.
"I have just the thing," says the barber taking a small wooden ball from a nearby drawer. "Just place this between your cheek and gum."
The client places the ball in his mouth and the barber proceeds with the closest shave the man has ever experienced. After a few strokes the client asks in garbled speech, "And what if I swallow it?" "No problem," says the barber. "Just bring it back tomorrow like everyone else does."
--------------------------------------------------------------
- Tourists see the world, travelers experience it.
- Home is where your pet is:))
- "If having a soul means being able to feel
love and loyalty and gratitude, then animals
are better off than a lot of humans."
(James Herriot)
- The pessimist complains about the wind; the optimist expects it to change; the realist adjusts the sails -William Arthur Ward
- The only thing better than right now will someday be the memories of right now...AL.
- It is not so much having nothing to do as it is not having the interest to do something....AL.
- OUR PHOTO ALBUMS - .https://picasaweb.google.com/117858411710794543295/
stargeezerguy@gmail.com