SURPRISED MYSELF BY WASHING BOTH THE MOTORHOME & THE JEEP 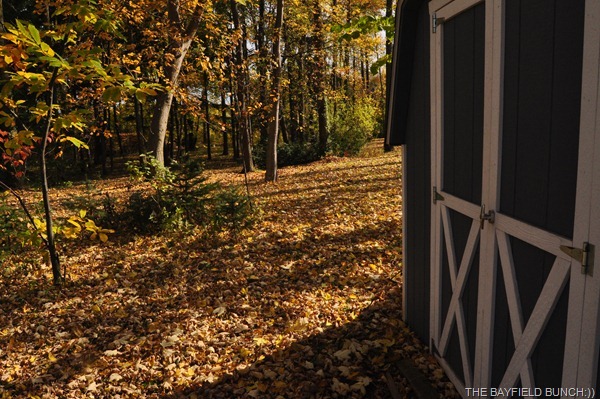 We were both up at our usual early time.  No matter whether we are at home or on the road, we are generally up every morning before 6 a.m.   Kelly was out the door about 7:45 to take her Mother's Toyota Rav 4 to the garage for an 8 a.m. oil & lube appointment.

Sunday morning’s wet Ontario roads had sure made a mess of the Jeep & Motorhome. A dirty road grim thrown up by the Motorhome covered both in a gritty coat of muddy gray. Not much choice but to round myself up a bucket, a hose & some water early this morning & get that grime off the Jeep. Washed the back of the rig & back up camera but stopped there to go back in the rig & warm up my hands. It was only 8:30 in the morning.

Found a frying pan but couldn't find any eggs, so that meant one thing......loaded little Spooky Pook in the Jeep & off we went to find a McDonalds, which just happened to be two blocks away. Hmmm, wonder how that happened. Pheebs & I split a hungry man's mouth watering spinach & broccoli salad topped with asparagus wings & celery bits. And, if ya believe all that………..you shouldn’t:)) 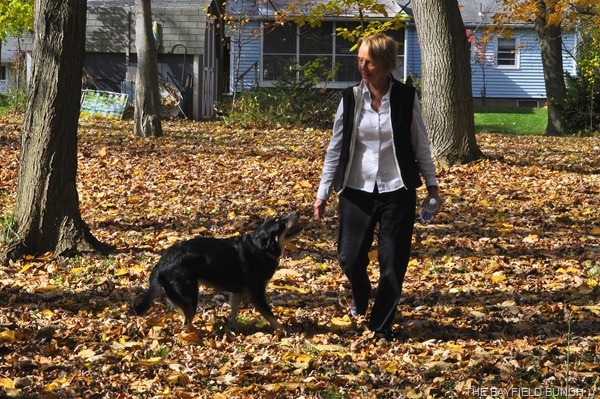 From McD's, Pheebs & I cruised around Spencerport for a bit, having us a look at the town, it's old architectural buildings, stately homes, the Erie Canal & of course, ABBOTT'S FROZEN CUSTARD, where of course we did not stop. Didn't want to throw down a load of frozen custard on top of all that Spinach salad you know. Spencerport is a pretty little town all dressed in her Autumn finery.

With the sun shining & temperatures rising, Pheebs & I headed back to the rig, dragged the hose & bucket out again, & in a rare burst of shinery I washed the entire Motorhome.  Now, with a bit of luck, I won't have to wash either one of those vehicles again until we get home in the Spring:)) 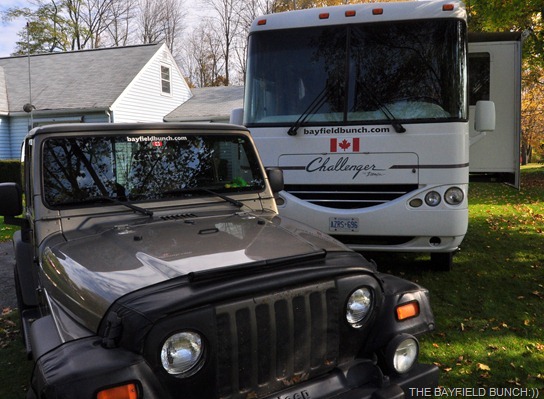 ALL SHINED UP & READY TO RUMBLE

We do have, & we do use, our Garmin GPS from time to time & we did use it Sunday to find us a nearby gas station when we were low on fuel. Problem was, the gas station was located in a small town nearby & when we found it, the station was way too small for us to get a large Motorhome & tow vehicle squiggled in. Second problem was, the GPS didn't tell us the size of the bridges in the area that spanned the Erie Canal & many of those bridges were too small & had low weight limits & that added to our problems. As it was, we did haul ourselves over a small 3 ton weight limit bridge before we even had time to stop & think about how heavy we were. Just one of the many little haphazard conditions one runs into when plying about on secondary roads in a big Motorhome. I can write about it today with a chuckle, but the air sure was blue in the rig when we found ourselves temporarily misplaced & low on fuel Sunday. 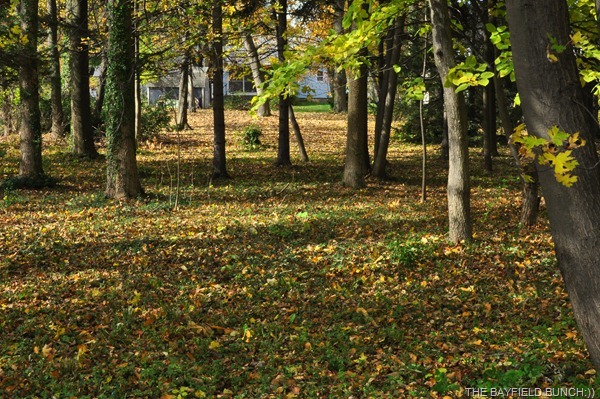 My 33 year sobriety date blew right by me a few days ago. I generally mention it every year because it marked a major turning point in my life back on October 19th, 1979. Anyone interested in my very first AA meeting, can read about it here...  A TURNING POINT.  Keep in mind, I wrote this article back in 2010.
---

It was nice to see some old familiar names in our comment section these past few days . Shout box as well. Always nice to know a few of our long time readers are still hanging in there. You are indeed very patient folks to put up with all my Bossence nonsense from time to time. Much appreciated here at The Bayfield Bunch. For all you cool boondocking folks out there, I suggest you tag into Nina's site at WHEELING IT. You can read her latest post & enjoy her enthusiasm for the lifestyle. She meets fellow boondocker RV SUE & HER CANINE CREW & has some posts coming up in the near future regarding boondocking & boondocking sites. They are presently in one of our favorite south-west areas, Lone Pine California. 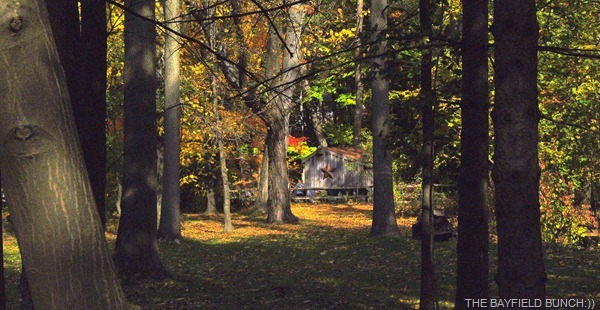 I was surprised at how smoothly we slid right into our Verizon connection once Kelly activated it again. No glitches at all. With various systems we have had, connecting to the internet was always a bit of a crapshoot years ago. When we first started out RVing we went with a Hughsnet satellite system & that thing was problematic right from the word go. We have been very satisfied with our Verizon set-up these past 4 years & I still remember how happy we were the day we had our Verizon system initially set up & activated in Silver City, New Mexico.

LUCINDA just joined the Bayfield Bunch as Blog Follower 533. Almost needed her to help push the rig on Sunday when we nearly ran out of gas. Better keep your shoes tied Lucinda in case we get low on gas again. Welcome aboard:)) 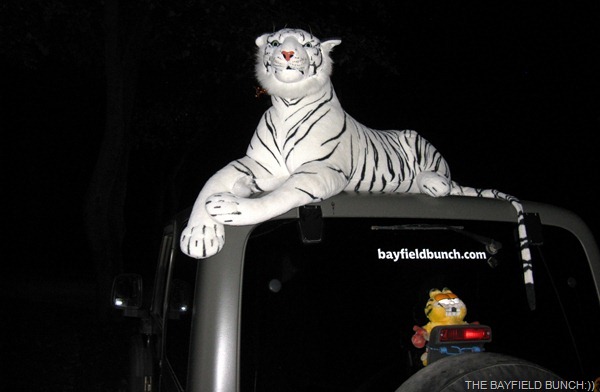 GROANER'S CORNER:(( This guy takes his van and brings it to the Louvre, a big art museum in Paris, and robs it. Now this guy has serious skill. He easily gets past all the security and all that, but when he starts to drive away with the police in hot pursuit, he runs out of gas. Of course he gets caught, and while the police are locking him up, one of them says "You had the skill, you had it all going well for you, and you ran out of gas. What happened?" The thief says "I didn't have the Mone to buy De Gas to make the Van Gogh."