KELLY HEADED OFF TO SEE THE DOCTOR TODAY 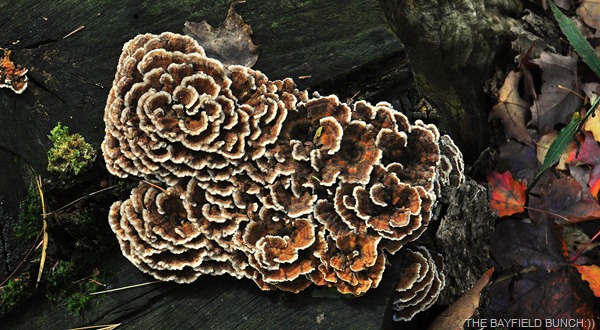 Kelly woke up this morning feeling like an old bag of dirt. Her cough had worsened & she was sick. She isn't one to complain much or seek out medical help so when she mentioned about calling her Doctor, I knew she was seriously having a rough time of it. The concern was pneumonia. Early this afternoon Kelly was diagnosed with a bacterial infection & the Doctor said it was good she came in when she did or it could have turned into pneumonia. Said her chest sounded really rough & prescribed anti-bacteria pills for her. We'll see how things are tomorrow. 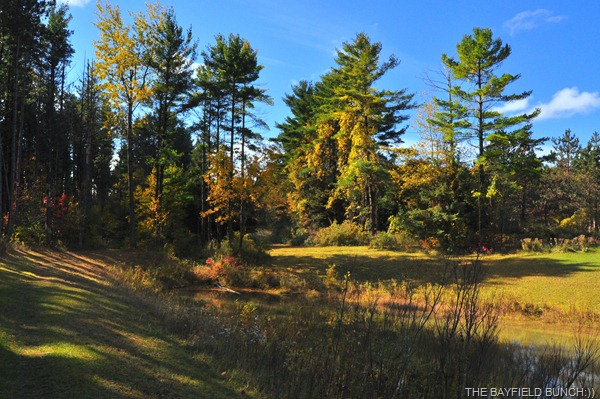 Rotten piece of luck for Tom over at TOM_KATHY_RETIRED when he severely twisted a knee while touring some naval vessels. Ended up being taken to hospital while Kathy had to begin re-arranging some upcoming short range travel plans.  Recovery could take a spell. 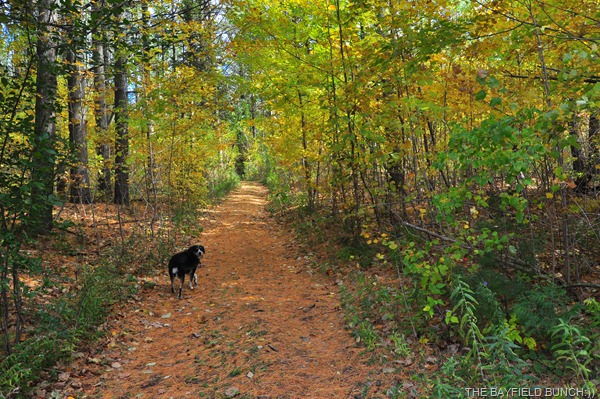 COME ON DAD, LET’S HURRY HOME & GET OURSELVES A SNACK BEFORE MOM GETS BACK FROM THE DOCTOR 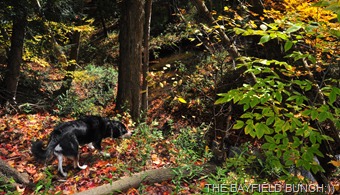 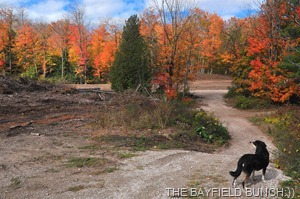 EVEN OUR PARK’S YARD WASTE RECYCLING AREA (RIGHT) LOOKS GREAT THIS TIME OF YEAR
Won a 'Twist' contest one time back in the Chubby Checker days but that was about the extent of my dancing career way back when. Did manage to slip under a few 'Limbo' bars along the way & I do recall flopping around on a dance floor somewhere doing the 'Watusi' one time. Oh ya, & then there was the 'Bunny Hop'. Bop, bop, bop. Dancing was just never my thing. But, not so Cheryl at DESERT DIVA. I think we have a fancy footer in our midst so you might want to glide on over & check out some smooth moves:)) 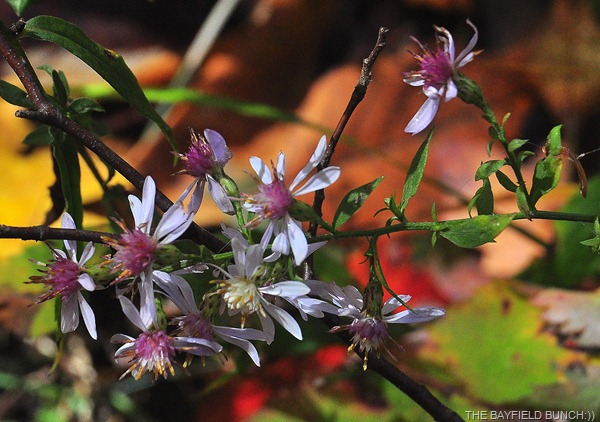 For not being a phone person I've been doing very well remembering to carry a cell phone with me every day for the past month or so now. Of course I have no reason to turn it on because I’m not in any kind of social or family circle so I'm not expecting any one to phone me, or me them. But, I do think it a good idea to carry a phone in case of emergency.  Either mine or someone else’s.  And, how do I remember to carry a cell phone every day?  Easy, I have the phone in a small pouch on my pant's belt right next to my camera. My belt loops through the phone & camera pouches so they are always there when I put my pants on every morning. Only way for me to forget them now is to head out the door without my pants on. At my age that is not likely to happen so 'presto', a winning solution:)) 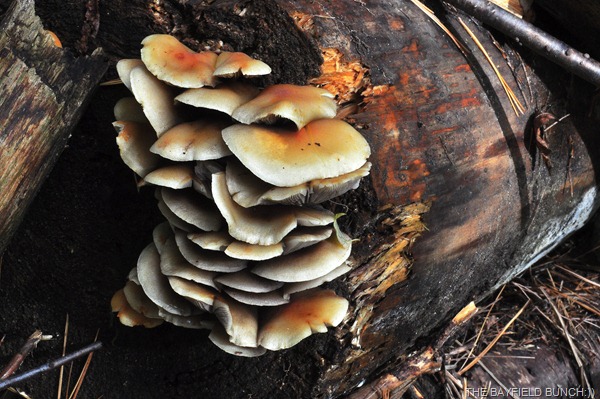 When I finally knuckled under last April & went to the Doctor about the pains in my legs I was told it could possibly be a pinched nerve in my lower back. With a record of painful back problems I am not surprised. X-rays didn't reveal any areas of mass destruction in my bones & joints so figure that is what could be going on with my leg at the moment. Took it easy again today avoiding any bending, kneeling or unusual twisting. No up & down the steps of our Motorhome & I stayed away from the Jeep. As any Jeep Wrangler owner knows, ya gotta lift that right leg a fair few feet up in the air at an awkward angle either entering or exiting the high clearance Jeep. I was able to take Pheebs for an afternoon walk & I am noticing a slight improvement in my right leg tonight. 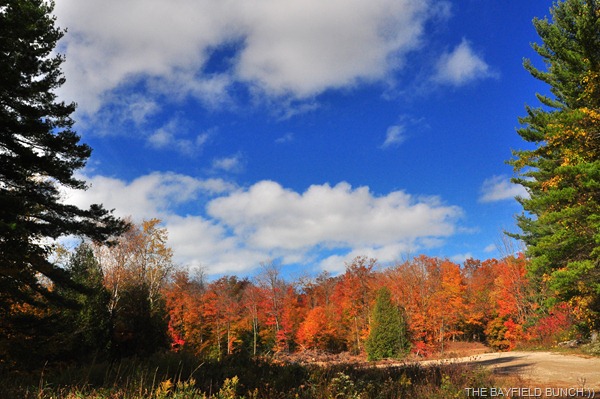 And, I think 'acheapguy' has solved the mystery to my rant a couple blogs ago about the illogical placement of the on/off switch on my Garrity flashlight. Over in the Shout Box, 'acheapguy' very wisely deduces, "I think the flashlight design mystery is solved. The Garrity website says they sold out to Proctor and Gamble in 2006. New guys with laptops sitting in Starbucks are now in charge of design!........ Aha, now why didn't I think of that.  And, thanks to Mr. Ed for being a good sport about the cell phone in the Hosta photos:)) 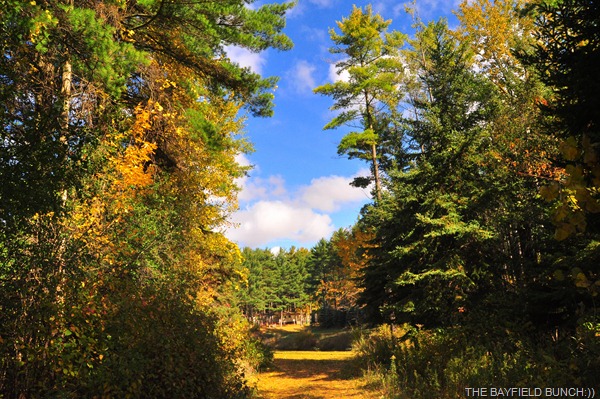 ANOTHER SECTION OF OUR MORNING TRAIL

Took Pheebs for a third walk just before sunset tonight.  Had I been walking with my eyes closed I would have thought it was early Spring in the forest.  Trees were alive with the chirping chatter of Robins gathering together discussing flight plans & routes for their upcoming south bound departure.  True Snow Birds in every way & I wished them all well. 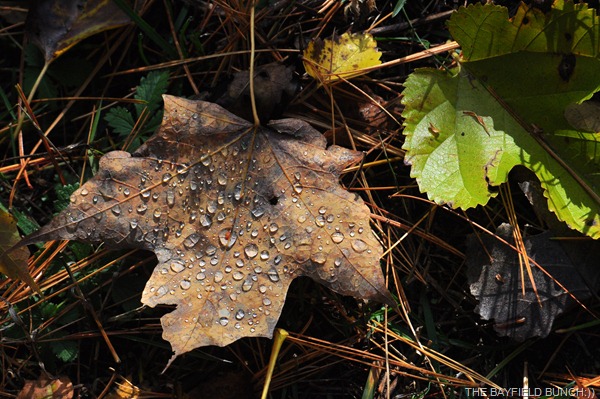 GROANER'S CORNER:(( I was walking home last night when I noticed an old drunk staggering along the road. He passed a woman who was walking a young child. "Lady", said the drunk, "that's the ugliest kid I've ever seen. Damn, that is one ugly child!." As the drunk wandered off, the lady burst into tears. Just then, a mailman came to her rescue. "What's the matter, madam?" he asked. "I've just been horribly insulted" she sobbed. "There there," said the mailman, reaching into his pocket. "Dry your eyes with this tissue, and here's a banana for the chimp"