I THOUGHT THE DUCKS TOOK A PRETTY GOOD QUACK AT A DODO TOPIC:)) 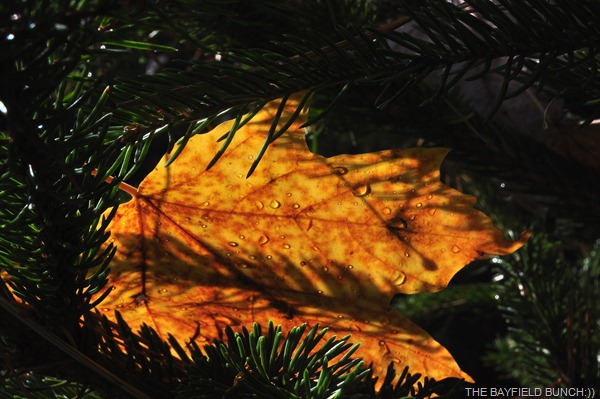 I think it is the best time of the year to be in the woods.  Excessive summer heat is gone as well as humidity.  And, no bugs!!  Prettiest time of the year for sure & with the sun shining through all the Autumn leaves it sets up a golden glow in the air like something out of fairy tale. 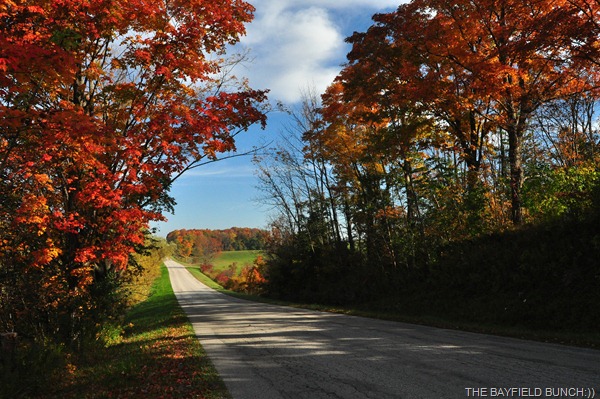 THIS IS THE ROAD WE TRAVEL TO & FROM GODERICH ONTARIO

There's a couple reasons I prefer to take the Jeep each week when we go to visit Uncle Harry. First, I just like driving it better than the Santa Fe. Second reason is.......speed!! Because the Jeep is not built for speed it is most comfortable just bumpiding along somewhere around the speed limit. The Santa Fe however, runs so smooth that every time I drive it I am up to 75 & 80 mph in a 60 mph zone in no time. With the amount of roving radar units on the road nowadays it's very easy to get picked off for speeding. I've been lucky, so think I'll just stick to our Tortoise Jeep & leave the Santa Fe Hare in the car port. Uncle Harry was fine today by the way:)) 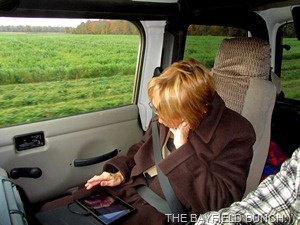 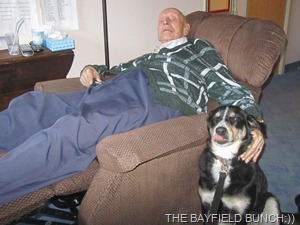 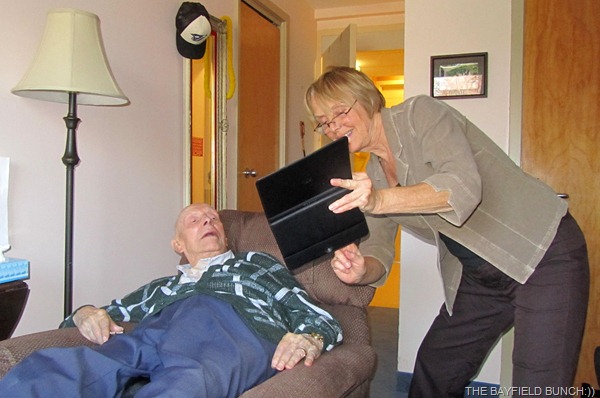 Anyone looking for a mighty fine diesel Motorhome at a competitive price? Peter & Bea over at AMERICAN TRAVELER are downsizing & decided awhile back to sell their rig. Peter has info & photos in a link on his site. They are located on Campobello Island on the East coast but will soon be headed out across the country for the American South-West. 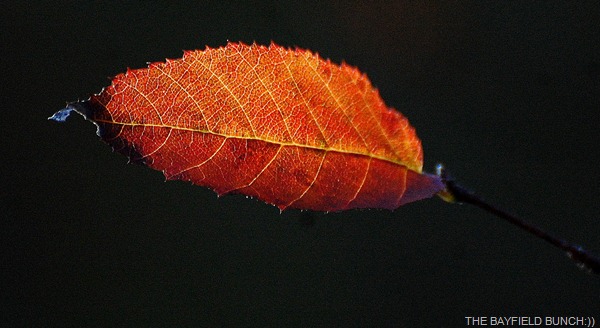 I thought the DUCKS took a pretty good quack at explaining the virtues of a composting toilet as opposed to a conventional RV toilet & black tank system a few days ago.   Lots of good dodo info on the post & folks may be able to pick up some pointers, re-adjust some habits, & make a clean sweep of things:)) 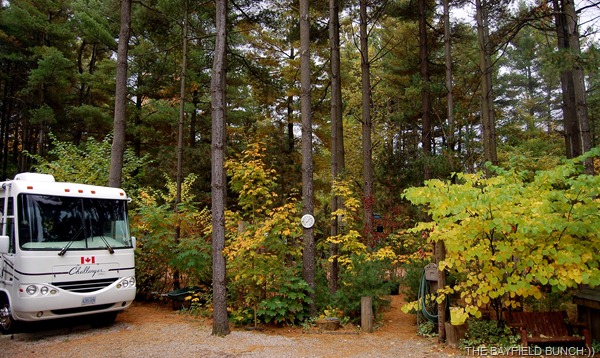 I particularly enjoyed GEOGYPSY'S take on Blogging this morning. I can sooooo identify with her thoughts when she writes, "I never thought I’d share so much of my life online." "At first I thought I was blogging for me. A way to keep track of the things I do and places I go. Then people began to actually read what I wrote sometimes leaving encouraging comments. I even get emails from people asking about the places I’ve seen and written about. Now I realize I’m actually writing for you. Sharing information and experiences in the hopes of helping others enjoy a special place, or at least allowing you to live vicariously through my words and photos".......... And, speaking of photos, be sure to slip on over to Gaelyn's site & see some great ones:)) 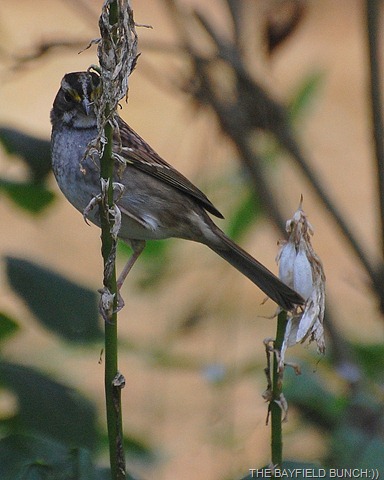 RV SUE & HER CANINE CREW are in an area of the South-West right now that Kelly & I really enjoyed a couple years ago. Lone Pine California & the Alabama Hills. This is where many of Hollywood's movies & TV series have been filmed over the years, especially the old Westerns. Nestled into the East side of the Sierra Nevada Mountains there is a lot of history here. I spent a great & memorable afternoon looking for old movie sites one day with just a small brochure I had obtained at the HOPALONG CASSIDY ROY ROGERS, GENE AUTRY COWBOY MOVIE MUSEUM. My link for that day is here at, IN SEARCH OF RANDOLPH SCOTT'S CAMPFIRE & I will also include a few more links if anyone is interested in seeing some of the truly spectacular scenery or learning about some of the historical attractions such as the little known World War 2 Japanese Internment camp,  MANZANAR.....THE WAY IT WAS,  located on the northern outskirts of Lone Pine.  Also,  JEEPING AROUND IN THE ALABAMA HILLS & our last day in Lone Pine, IT'S TIME TO GET THE BIG WHEELS ROLLING AGAIN. 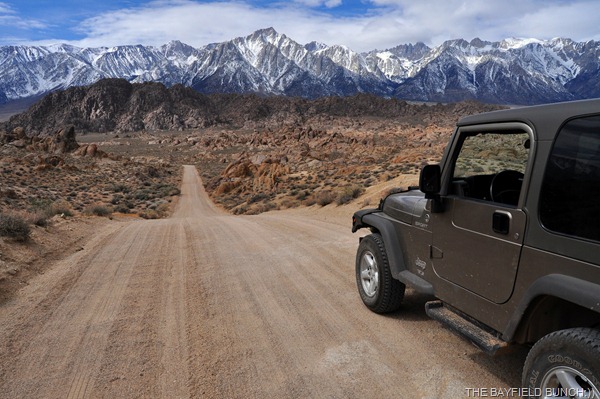 LOOKING WEST ACROSS THE ALABAMA HILLS TO THE SIERRA NEVADA MOUNTAINS

I thought GYPSY left some good advice in her comment on my Monday post. When I hear the word 'Parkway' in a road name, I generally assume it is a 4 lane highway. Re-checking my map again I do indeed see that the Blue Ridge Parkway is, as Gypsy said, only two lanes. And, not necessarily Motorhome friendly. In DONNA C'S words, "a little dicey". Think we will wisely stick to I-81 as first planned.  Thanks for the head’s up guys:)) 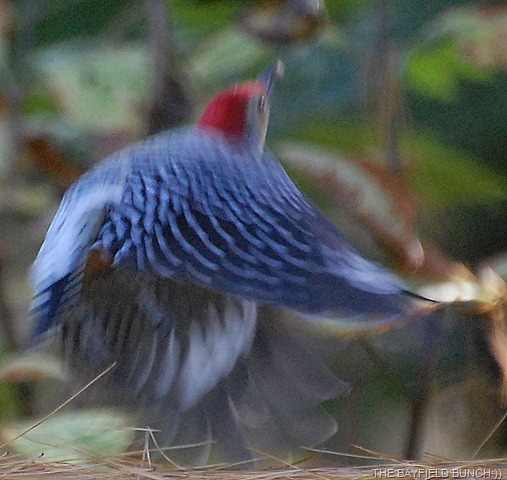 ALMOST, BUT NOT QUITE…..SHUTTER SPEED TOO SLOW FOR THIS NORTHERN FLICKER JUST LIFTING OFF FROM OUR BIRD STATION

Picasa Photo Tip: For a deeper rich looking photo, try adding a bit of 'Shadow' with the shadow slider bar. Below that you will see 'Color Temperature'. Move that slider bar left & it takes any excessive yellow out of your photo. Move it to the right & you can add a bit of yellow if needed. Works nice to give a photo a bit of warmth sometimes. 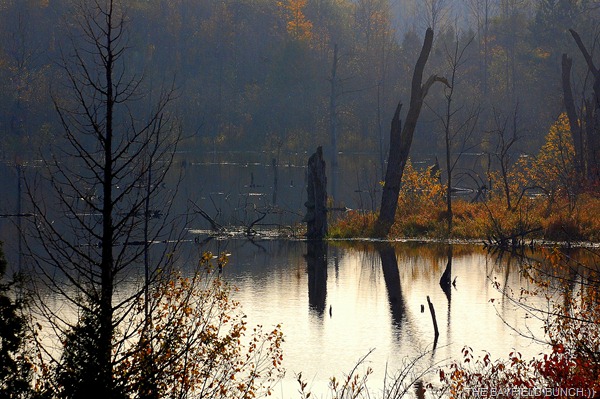 HULLETT MARSH NEAR WHERE WE LIVE

ADULT:  A person who has stopped growing at both ends and is now growing in the
middle.
BEAUTY PARLOR:  A place where women curl up and dye.
CHICKENS:  The only animals you eat before they are born and after they are dead.
COMMITTEE:  A body that keeps minutes and wastes hours.
DUST:  Mud with the juice squeezed out.
EGOTIST:  Someone who is usually me-deep in conversation.
HANDKERCHIEF:  Cold Storage.
INFLATION:  Cutting money in half without damaging the paper.
MOSQUITO:  An insect that makes you like flies better.
RAISIN:  A grape with a sunburn.
SECRET:  Something you tell to one person at a time.
SKELETON:  A bunch of bones with the person scraped off.
TOOTHACHE:  The pain that drives you to extraction.
TOMORROW:  One of the greatest labor saving devices of today.
YAWN:  An honest opinion openly expressed.
WRINKLES:  Something other people have, Similar to my character lines.