ANOTHER EXAMPLE OF, ‘JUST BECAUSE IT’S NEW DOES NOT MEAN IT’S BETTER’!! 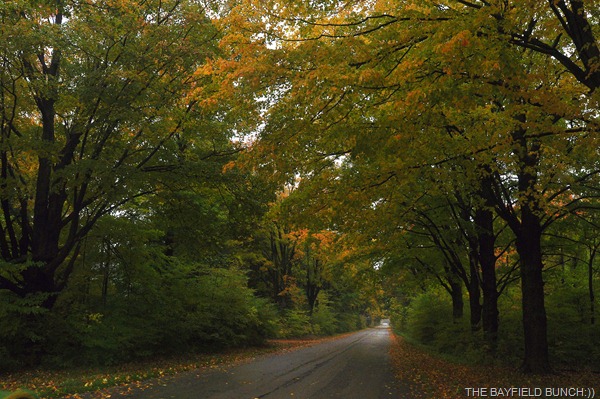 THE RAINY ROAD LEADING TO OUR PLACE THIS MORNING
Surprised this morning when I stepped outside fully expecting to be met by some freezing 32F air. Instead, we were up to a balmy 60F & later in the day hit 70F. Nice, nice, nice:)) Despite the constant rain, it was kinda groovy walking the trail in the seemingly warm drizzle. Good thing all this rain we been having isn't snow or I'd be outside in panic mode shovelling like crazy to make sure the Motorhome had a clear path to get out in a few days. When we reach Spencerport next week we will be parked beside Kelly's Mom's house on the grass so I'm hoping we don't get a lot of rain while there or we might need us a tow out of the mud:((

Actually, we may delay our departure by a few days. Kelly is currently under the weather with a bad cold & we are not under any pressure to be any specific place at any specific time. We'll see how she feels in a few days & play it by ear from there.  Today was her last unofficial day at DEER PARK LODGE as Deer Park begins it’s close down for the Season.  She will however, have the Deer Park phone all winter again while we are in the Southwest & will be doing all next summer’s reservations.  Also in the Spring she will return to Deer Park to help train someone for her managerial & ‘Jack of all trades’ position.  So, she is not officially leaving or staying exactly.  She is just winding it all down slowly & helping Deer Park’s Lady owner make the necessary changes & adjustments.  They have been good friends for nearly 10 years now. 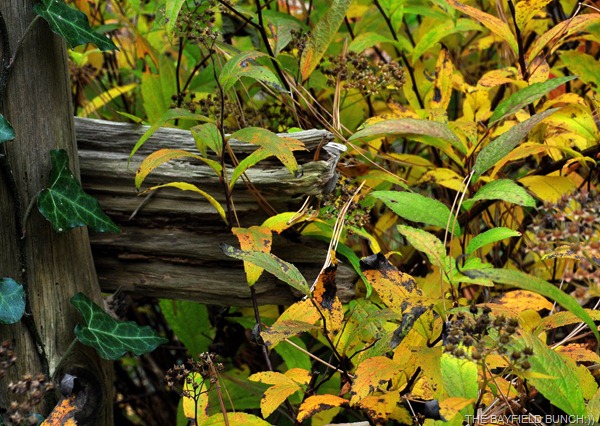 Quick rainy morning trip to Goderich for a few groceries & then over to Wal-Mart's Pharmacy to pick up a couple prescriptions to carry me through the winter. Six month supply of Arthrotec for my arthritis & 6 months worth of my Cholesterol controlling drug, Crestor. No charge:)) Two things come into play on that 'no charge' thing. I'm Canadian & I am over 65. 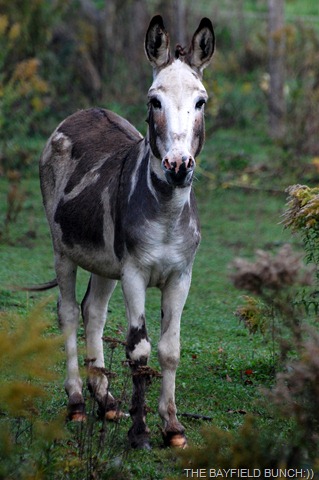 I really have to scratch my head in befuddlement sometimes when I come across things that just don't make any logical sense to me. (and there's a lot of em) Needed a new flashlight so picked up a Garrity in Canadian Tire awhile back. Of course it was sealed in some kind of plastic death grip packaging that needed nothing less than a nuclear explosion to get it out, but that's another story. The basic flashlight design over the years has worked well & has been easy to operate. Pick it up & your hand & fingers naturally grip it with one's thumb on the 'on' switch. Slide it forward, flashlight turns on, slide the switch back & it turns off. Now, how easy is that, perfect design & works like a charm. But......it's the new techno age of change now so some Wisenheimer engineering designer type obviously woke up one morning & had an 'aha' moment & decided for the advancement of mankind it was time to move into the modern era by re-locating the perfectly placed & logically thought out 'on/off' switch on the flashlight’s handle, to the inconvenient butt end.  No more holding the flashlight in one hand & sending of rapid light bursts of Morse Code to your best Buddy in the house across the street.  It’s a two handed operation now.  But, getting back to the Wisenheimer…………"Hmmmm, let me see now" he must have thought as he sat down at his high paying workbench, "it's the age of new, where everything new is better than old, so how be I move the on/off switch to a totally illogical place on the flashlight & bring the old flashlight design into the modern age of newness". Yes, that's it, I'll put the switch in the bottom of the flashlight where it will be difficult to see or find. And, better yet, even harder to operate". For sure that will confuse the older folks...........ha-ha-ha. 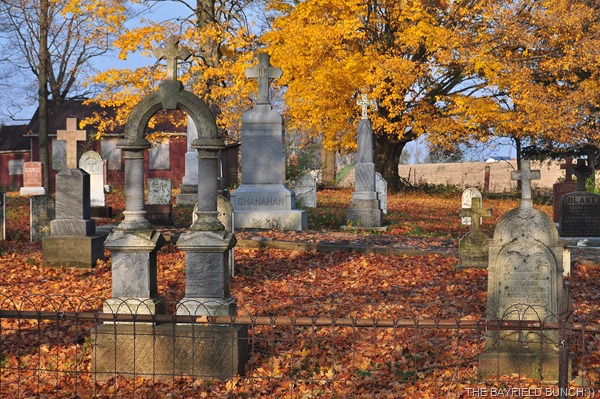 How long can it be before some whiz kid decides the wheel has been around too long & should be replaced with something new. Say, how about advancing that round wheel design into something perfectly square. Ya, now we're talking some serious new-age advancement, right?? Don't get me wrong, I'm not against new & better technology, but I refuse to fall into the trap of believing that just because something is new, it has to better. Hogwash!!!! Oh, & when I looked at the flashlight to see where it was made.......Taiwan. Now that really burns me up because the GARRITY Company with it’s American history, is headquartered in Madison CT.  By the way, other than the ridiculous placement of the on/off switch, I do like the solid firm heavy duty grip feeling of the flashlight itself. 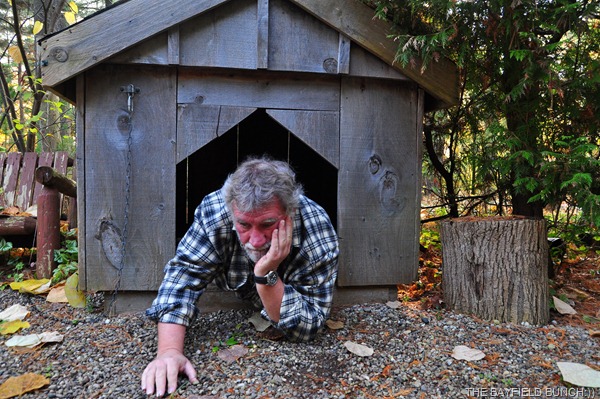 I DO MANAGE TO GET MYSELF IN THE DOGHOUSE FROM TIME TO TIME
Well, I must admit, commenter Mr Ed over at the FLIP FLOP RESORT INN had me scratching my head last night looking for a phone in my previous night's Hosta photo. I knew there could not be a phone there but my interest was peaked & I went looking anyway. Even enlarged the darn photo. After all, he did say, "Ok what's the phone doing in the hostas bed".  ?? 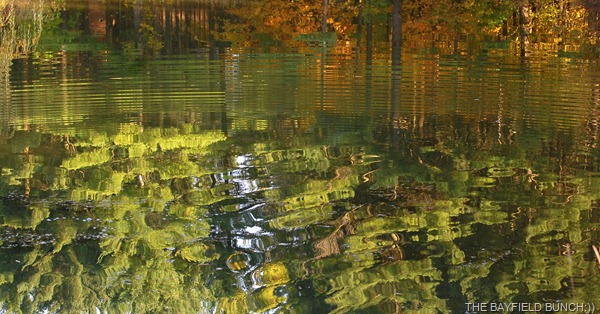 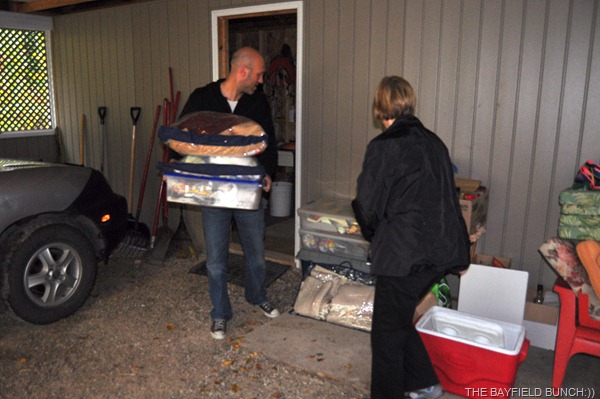 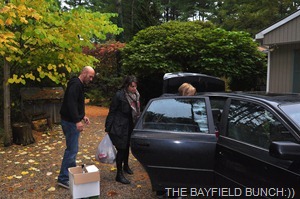 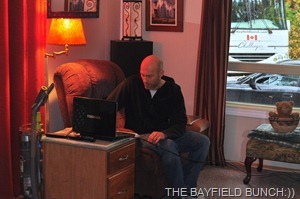