WELL, FINALLY WEDGED MYSELF BETWEEN A ROCK & A HARD PLACE, SO NOW ‘THE CAT’S OUT OF THE BAG’ 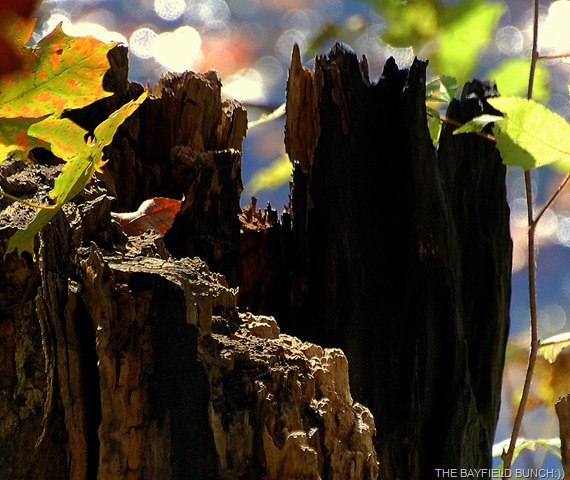 A clear starry night meant a crisp cold morning with temperatures dropping into the upper 30's. Not unlike many desert winter nights in Arizona with temps sometimes dipping down to & below freezing. We often notice the night time temperatures here in Bayfield are higher than we have in many parts of Arizona. It all depends at what altitude one is at in the South-west. This morning was kind of a 'hands in your pockets' walk.
---
Fired up the rig & generator, checked all 4 solar batteries & cleaned solar panels today. Added some water to our fresh water tank & disconnected 2 out of 3 house garden hoses. More items gathered up & stowed away in the rig's basement bins. Nice sunny day to be outside doing things despite the temps struggling to reach 60F. I even loaded up my rootin tootin cowboy hat today:))
---
A fine Autumn afternoon for a drive through the countryside as we slipped down to visit Uncle Harry in Mitchell. He's doing fine. Some of the leaves are beginning to turn & many farmers were busy in the fields harvesting bean crops.

Having only spent about a month in the Congress Arizona area earlier this year we don't know a whole lot about the regions history. Spent a little time this morning doing some on-line reading & basically came up with....'Gold was discovered at Congress in 1884. By 1893, the Santa Fe Railroad passed within three miles of the mine, at Congress Junction. Congress boomed, and remained prosperous until the mid-1930s, when the mines closed. Total gold production at the Congress Mine exceeded $8 million, at the then-current price of $20.67 per ounce—or about $400 million, at the 2007 price. The post office moved to Congress Junction in 1938, where it remains. The community now known as Congress is the old Congress Junction. Little remains at the original town site'………. From a brief conversation I had with a neighbor last March, I learned that parts of our Congress house were built with lumber taken from old wooden buildings on the mine site. From what I remember seeing of weathered boards in the crawl space above the ceiling, I think a lot of that old mining lumber went into the roof.

OUR CONGRESS NEIGHBORHOOD…..THERE’S GOLD IN THEM THAR HILLS & A DOGGY IN THE DESERT:))
Kelly & I did notice 'gold fever' is still very much alive & well in the area with many local prospectors scouring the hills, mountains, & valleys nearby for the elusive gold. And, gold is definitely being found, lending a feeling of the old west to the region. Hmmmm, might have to do a little digging in our back yard. Our house on Ghost Town Road is located only about a mile from the historic CONGRESS GOLD MINE. Looking forward to exploring & writing about this whole area over the winter.
---
Did you ever think someone would ever name a town....Pie Town? Well, somebody did, & for good reason. Kelly & I almost slid through Pie Town New Mexico two winters ago on our way south. DESERT DIVA & CALI blinked & almost missed it this week. But, she did stop long enough in one of two restaurants to notice folks were eating green Chile cheeseburgers. That's a new one on me. And, you might want to stop on by Cheryl's post & learn how to build yourself a New Mexican Apple Pie too:))
---
Received this comment from Donna C late today….. “There you go again..throw out just a little bait for us readers to nibble on....and then we gotta wait until you reel us in and tell us the exciting summer potentially in your future.”  Well, I was told from this end not to say anything, but of course as everyone knows, Mr. Blabberfingers can’t keep anything in for long.  You would think I would learn wouldn’t you.  But nope, I’m always letting things squeak out here & there.  I have now placed myself between a rock & a hard place so without further adieu & a lot of elaboration, I will just say…… after nearly 10 years, this is Kelly’s last  year at Deer Park Lodge.  And, that is what I meant by a change coming up & next summer being a different summer for us.  My name is Al & I am now toast:((
--- 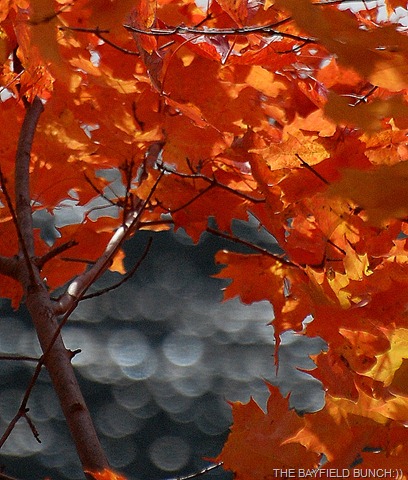