WE WOULD ALL SET OUR DIFFERENCES ASIDE 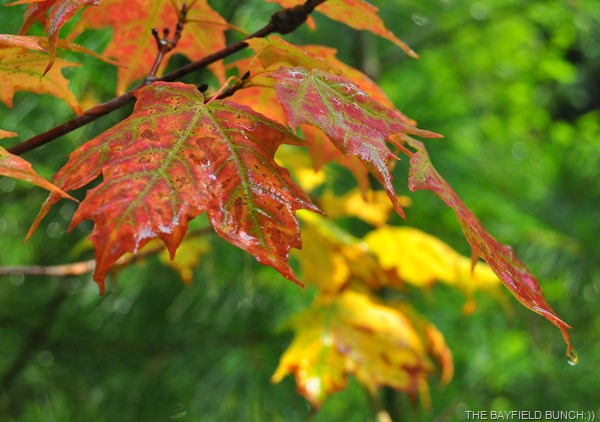 My decision this morning was to either leave our backyard bamboo grass where it was or remove it. Lazily leaning towards the first option I began putting cement patio stones vertically in place to prevent the bamboo roots from spreading laterally. About halfway through this option I opted for the second option, grabbed my axe, keeping in mind to leave my toes intact, & began chopping out the bamboo grass. No easy feat & about 10 a.m. Pheebs & I were needing a welcome break. 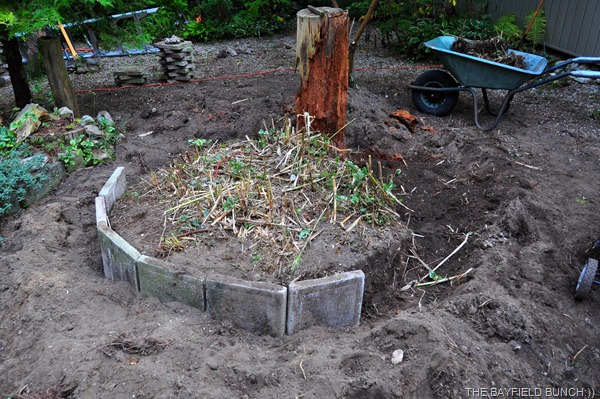 A good old errands run to Goderich gave us a nice respite from the backyard project. Usual stuff at the supermarket such as cranberry juice, bananas, a dozen eggs & a couple dozen yogurt cups. With my ever changing eating habits lately it's hard for me to keep up with myself as I search for healthier alternatives to some of my poorer eating habits . 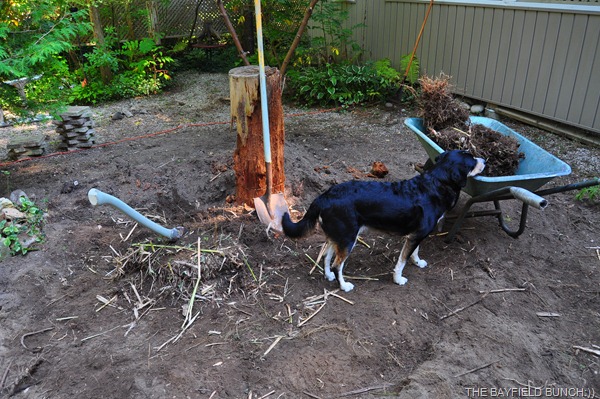 Reading Sue's post from BIG DAWG AND FREEWAY this morning about 'balance' I was reminded of our pre RV days. The days when our RV dreams were mere hopes & wishes. We were both stuck, mired if you will, in the everyday workaday world. The only way to get a little balance in our lives was to occasionally slip away for a camping weekend. Even a day trip to hike in the PINERY PROVINCIAL PARK an hour west of the farmhouse was a huge help. These were the days we longingly walked & talked about a future which at the time seemed so unattainable. A future of travel, new horizons, journeys to places we had never been. It was on these days & weekends our dreams gained momentum & we began laying the groundwork for a future change in our lives. We had no idea how we were going to do it, just knew that one way or the other we were going to make a change to our current lifestyle somehow. 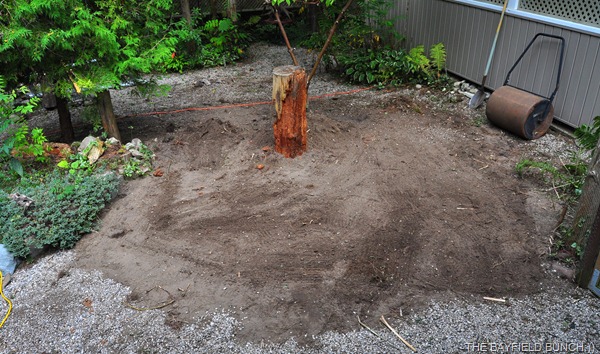 BAMBOO GRASS ALL GONE:)))))))))))))
First change came in the form of a 17' old 1979 Dodge Centurion Class C camper. This old dear had seen better days but it was a step up from a tent & it was at last, our foot in the RV lifestyle door. This old blister gave us more of a psychological lift than anything else. Just looking out the old farmhouse window seeing an RV parked outside generated a new sense of excitement & anticipation. We did manage a few week-end trips & those getaways just solidified our dream & convinced us we were on the right track. It was a start & from that little Dodge Centurion we went on to get ourselves a Travel Trailer, another Class C, a Fifth Wheel, & finally a Motorhome. 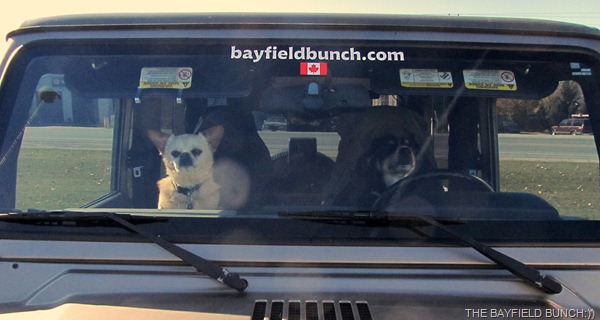 Between rest stops & axe swings it probably took me the best part of an hour to remove the last of the bamboo grass this afternoon. Next step is to decide whether to relocate our campfire pit or not.  And, what to do with about 2 dozen clumps of bamboo grass roots. I'm sure I'll think of something............. 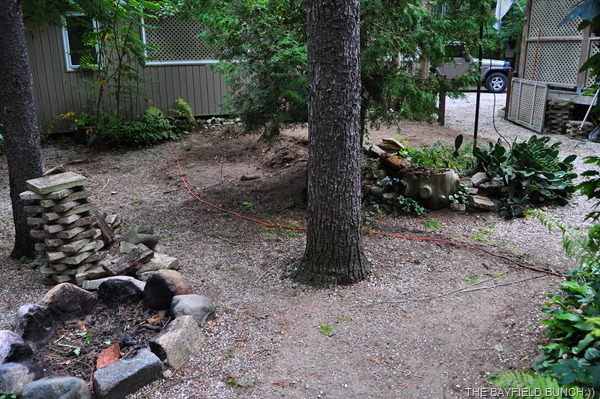 As many readers know, I lament from time to time about trying to keep up with everyone's blogs & travels.  After 6 years of blogging I have files of fellow Bloggers sites spread across 3 computers.  Just too numerous & confusing for my memory to remember everyone.  I linked many sites in my blog & had the best intentions of keeping up with everybody’s situations & travels but alas, so many have slipped through the cracks. Sometimes I simply lose interest in a blog but often as not my memory fails me & if I don't have somebody’s site right in front of my eyes on the sidebar it slips from memory.  It’s not until I maybe receive an email or a comment from someone that my mind is again triggered.  But, even then sometimes I have to sit for a minute or two & try to remember who folks are & how I have interacted with them in the past. 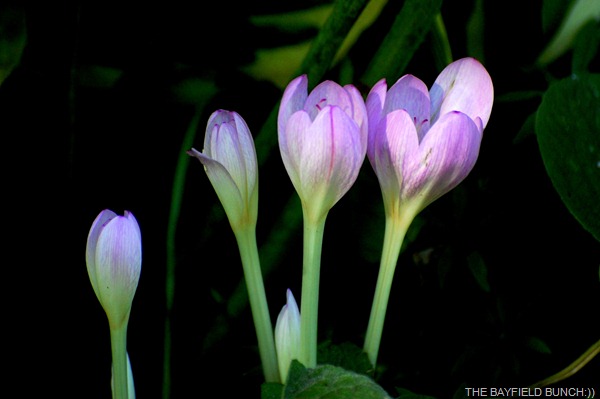 Received a comment from JC today & was sad to read the blog’s writer, Gene Teggatz had passed away this summer.  Last post in July was written by his daughter saying her Mom was going to try & carry on RVing.  I didn’t know these folks but being a fellow RVing Blogger it brings a sadness to my heart.  Despite our ups & downs & occasional personality conflicts here in Blogland, I still feel we are all part of a closely knit community & if push came to shove, we would all set our differences aside & step forward to help one another. 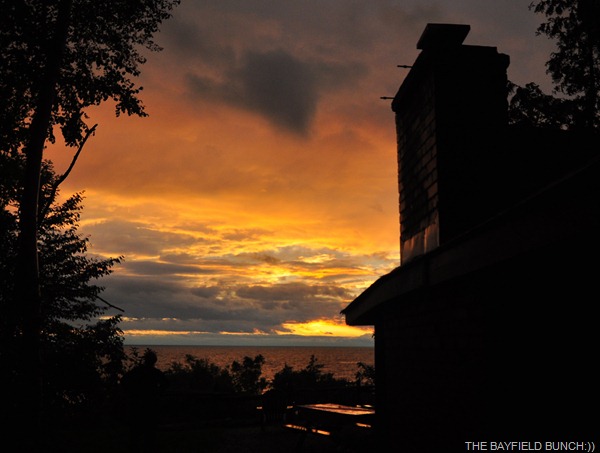 GROANER’S CORNER((   Did you know that dolphins are so smart that within a few weeks of captivity, they can train people to stand on the very edge of the pool and throw them fish?  And, did you also know a clear conscience is usually the sign of a bad memory.  Oh, & keep in mind……artificial intelligence is no match for natural stupidity.