STILL KICKING AROUND A ROUTE PLAN FOR NEXT MONTH 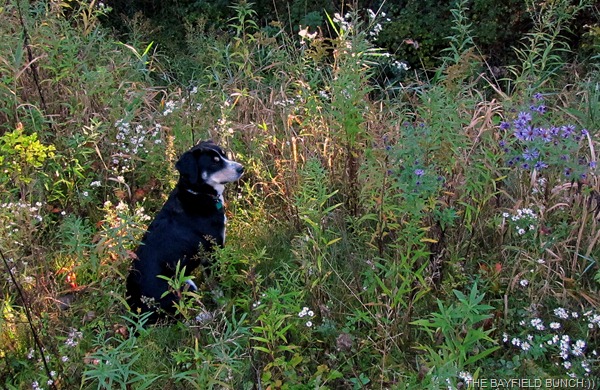 Had me a rain delay on the backyard project today & that was just as well. Some of these old not often used muscles of mine were needing a rest. I have enjoyed the physical tiredness this week & see it as healthy. Feels good to have a constructive project underway again. 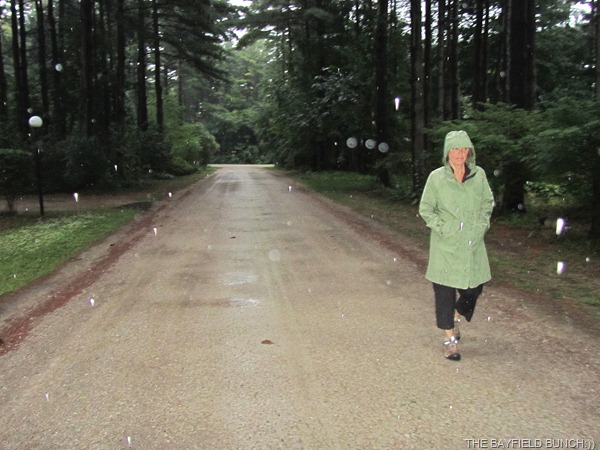 A RAINY MORNING ON OUR STREET TODAY
Weeks are counting down to departure time & with my attention focused in the back yard these past few days I hadn't been thinking much about our upcoming travels & what we will be taking this year. I do have a 'staging area' in the carport where I have been gathering things together for loading up in a few weeks. Don't want to get myself into a pack & repack situation because it's not as easy as it used to be bending down, stretching, & loading things into bins. 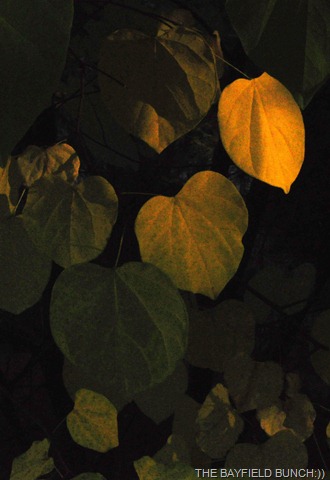 Still kicking around a route plan after we leave Kelly's Mom's place in Spencerport NY next month & we'll probably not know that plan for awhile yet. My Aunt Jean in Sarasota Florida, who readers will remember from her week's visit to the Ranch in south-eastern Arizona last winter, has had some medical issues & we are waiting to see if she will be well enough to travel out to Arizona again this winter. We are just playing this one by ear right now & will see how it goes.
---

Our rains ended late morning & by early afternoon Pheebs & I were on the Pine trail under sunny skies. Had we tried to do any more work in the still wet yard we both would have ended up looking like a couple mud Puppies. Well, maybe in my case it would be more like a mud Yuppie. 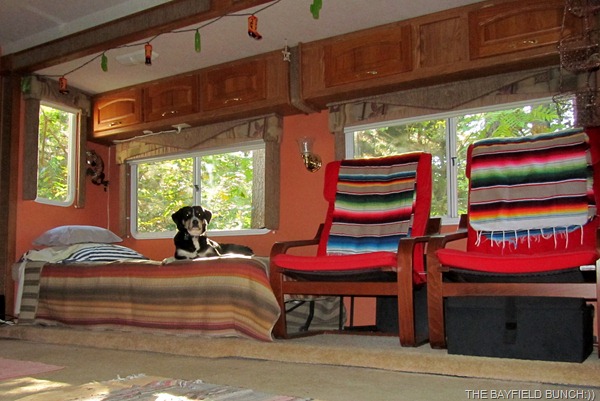 PHEEBS IS READY & RARING TO TRAVEL
GROANER'S CORNER:(( A Russian couple walks down a street in Moscow when the man feels a drop hit his nose.
"I think it's raining," he says to his wife.
"No, that feels like snow to me, dear," she replies.
Just then, a minor communist party official walks towards them.
"Let's not fight about it," the man says. "Let's ask Comrade Rudolph whether it's officially raining or snowing."
"It's raining, of course" Comrade Rudolph says and walks on.
But the woman insists, "I know that felt like snow."
To which the man quietly says, "Rudolph the Red knows rain, dear."
---------------------------------------------------------------------------
- Tourists see the world, travelers experience it.
- Home is where your pet is:))
- "If having a soul means being able to feel
love and loyalty and gratitude, then animals
are better off than a lot of humans."
(James Herriot)
- The pessimist complains about the wind; the optimist expects it to change; the realist adjusts the sails -William Arthur Ward
- The only thing better than right now will someday be the memories of right now...AL.
- It is not so much having nothing to do as it is not having the interest to do something....AL.
- OUR PHOTO ALBUMS - .https://picasaweb.google.com/117858411710794543295/
stargeezerguy@gmail.com