MY THOUGHTS ARE TURNING TO THE SOUTH-WEST 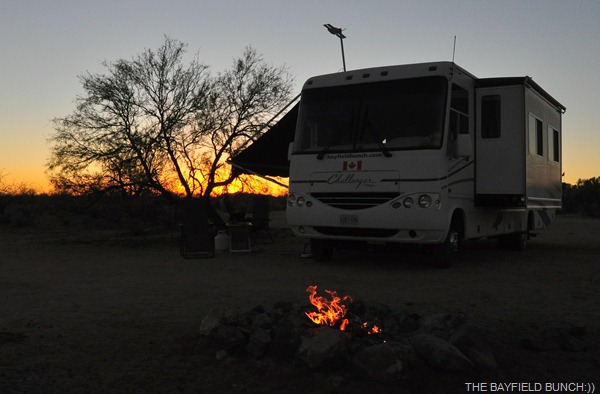 With this mornings cold rain I fired up the furnace to take the chill out of the air as I sat down at the computer.  It is this kind of weather which now begins to turn my head to the south-west & I begin to think of warmer air & hikes in the deserts & mountains soon.  As always, I am looking forward to the complete change in scenery & tonight’s photos reflect that as I look back on a few photos from February & March of this year. 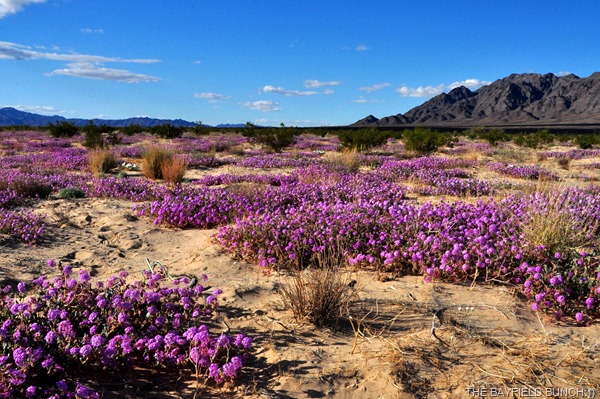 I am always encouraged each year at this time to see Kelly carrying out things to the Motorhome. She is not a radical 'way ahead' pre-loader like I am so when I see her heading for the rig with clothes in her arms I know we are getting closer to the reality of winter travels. 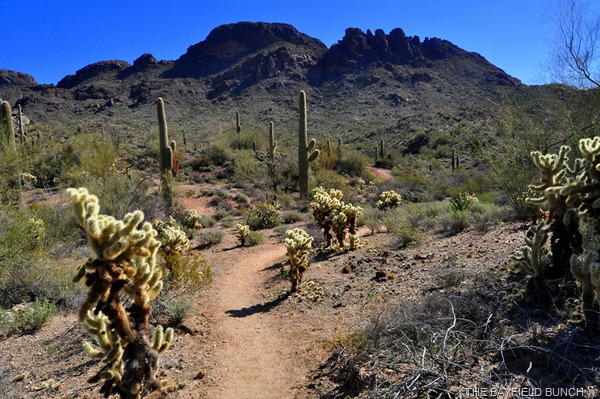 HIKING A TRAIL TO VULTURE PEAK NEAR WICKENBURG ARIZONA

I may sound a little repetitious on the following subject but hey, it was a cold rainy day. We have been Snow Birding for 6 years now & as I look back, there has been some subtle changes to my RV thinking over the years. My 'hitch-itch' level is still the same & I am just as anxious each year to get rolling, but the excitement level is not quite the same as in the first few years. That Newbie bubble has been dimmed a bit by familiarity, experience, & routine. Like I said in a comment on CAVE DWELLINGS post this morning. "I think it is some of the very early RV days & travels that are most memorable. Everything was so new & exciting & refreshingly adventurous in those early years. Lots of first time 'Wow's & 'Oh Craps'." This will be our first year of having a home base in the southwest & I'm sure we will be once again going through some Newbie Wows & Oh Craps as we work away on something totally different again. It is that doing something different that always peaks my interest. Well, most times anyway.  Sometimes I gotta kinda work at it a bit though:)) 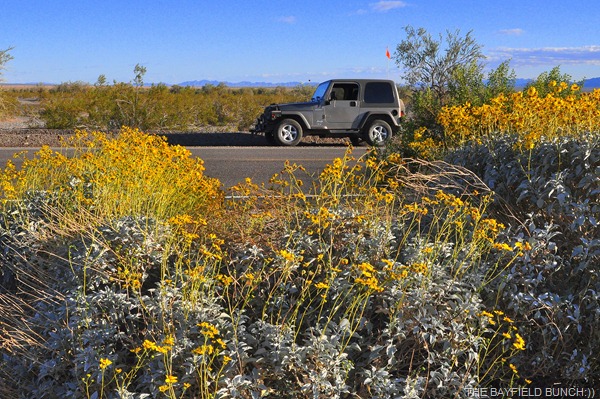 Looking back over the 6 Snow Birding years I have come to a few conclusions as well. Although I have waffled back & forth quite a bit on the fulltiming lifestyle & would have done that a few years ago for sure, I am now thinking we are fortunate to have the best of both worlds'. As a Canadian, I have come to realize how important it is to have a solid home base. That Kidney Stone incident last December in Tucson brought that reality into clear focus for both of us. Luckily, we didn't have to return to Canada, but if we had, we at least would have had a warm comfy place to come home to. And, to us, that is important. It was always one of the 'what if's' we had about selling our place & hitting the road full time. 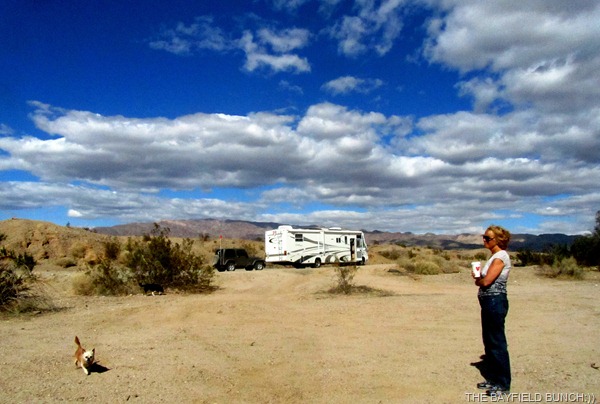 Now, that may not bother a lot of fulltimers but coming from a winter climate like we do it is something we had to realistically think about. Coming back in the dreaded cold & snow of winter with no home base would have meant having to stay in a Motel or in a friends or relatives driveway & that kind of disruption was totally unacceptable to either Kelly or I. We would never put friend's or relatives in that kind of situation. We are both fiercely independent & if that means paying out the extra cost of maintaining a small inexpensive place, then so be it. My only complaint is having to stay put in one location from April to mid October...........but, we're working on that:)) 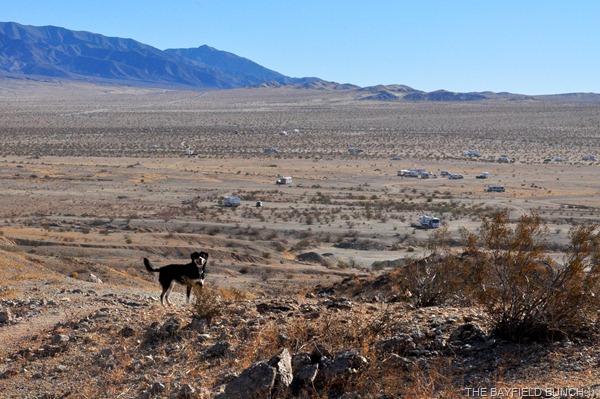 I especially liked Chinle's video today over at SPOTTED DOG RANCH. Entitled, Autumn Leaves in Colorado's San Juan Mountains she has put together a collection of great photos with probably one of the finest renditions of the song ‘Autumn Leaves’ I have ever heard. Hauntingly beautiful & sung by Eva Cassidy. 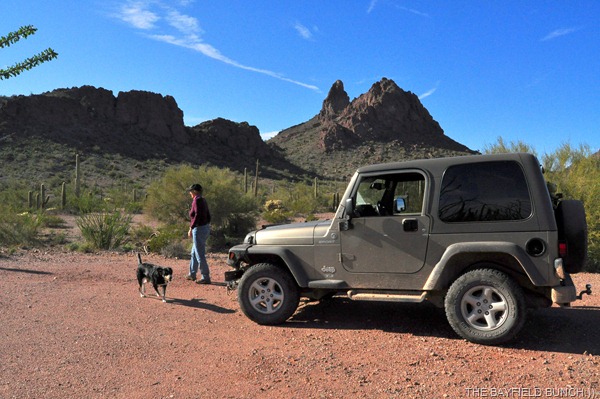 Oh dear, looks like I have unintentionally opened that old can of flag worms again. Not going to get into it this time though. Nossiree:((  Gonna fly an old brown sock.  Yessiree:)) 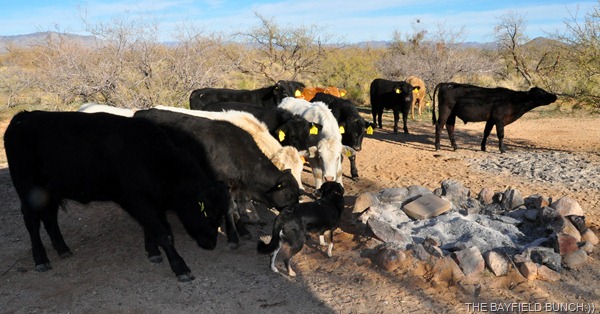 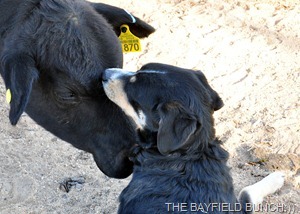 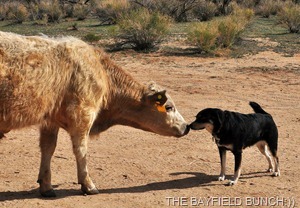 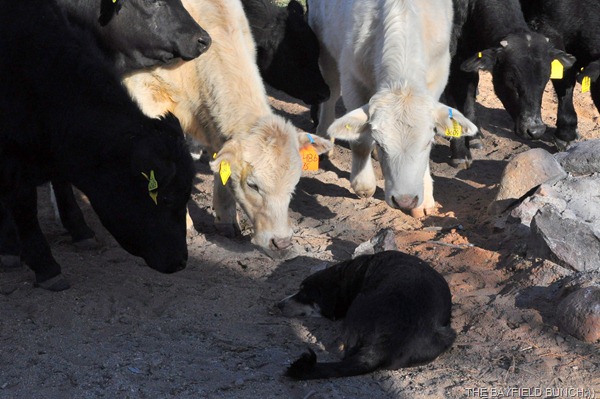 AND, WHO CAN FORGET PHEEB’S GOOD OLD COW SMOOCHIN DAYS NEAR CONGRESS, ARIZONA
Kelly just cleared a couple Doctor’s appointments this week & those were the last two hurdles we had to overcome to cinch our departure next month.  Think I said we were leaving on Saturday October 13th but now that we are heading for Spencerport New York first it may be a few days later.  With any luck, I would like to clear Rochester NY early the following Saturday morning.  I generally like leaving on Saturdays because that always gives us two ‘rush hour free’ days on the road.