MY FIRST DIGITAL CAMERA…A LOOK BACK 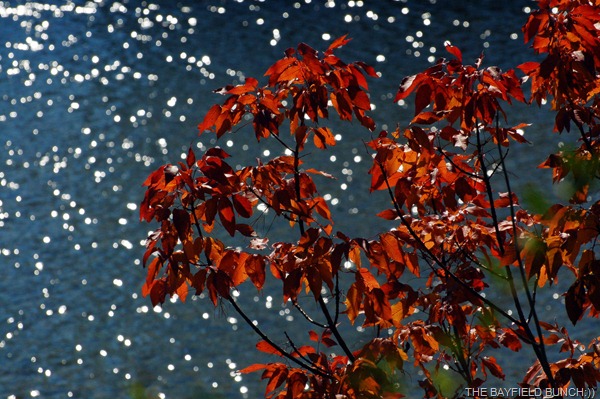 Hooked up the utility trailer first thing this morning, threw a shovel in, loaded up the Pheebs & we were off to the bush.  Had noticed a cluster of young Cedar trees growing in tight with some Pines.  By selecting & digging out 7 trees it gave the other Cedars & Pines room to spread out & grow.  It also gave me 7 Cedar trees for our back yard:)) 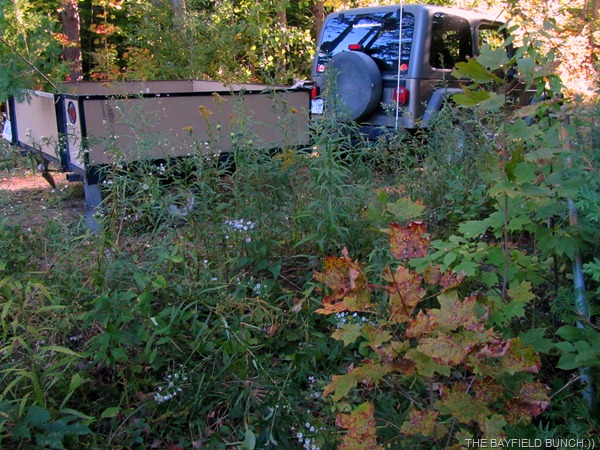 Didn’t take Pheebs & I long to dig the trees out & 20 minutes later we were home.  Time to do some planting.  Holes were dug, generous helpings of peat moss & compost were added along with plenty of water from our rain barrel.  I’ve always had reasonably good luck with planting things so these Cedars should be just fine.  Also, last week I stopped by Art’s Landscaping & Nursery in Goderich & spotted 2 big 8 foot Cedars.  Knew they had a 30% off sale starting Wednesday so hopped on the bike & rode up to Goderich this afternoon to have them put my name on those 2 bigger Cedars.  Pheebs & will roll out Wednesday morning & pick them up.  My intention is to create a solid Cedar tree barrier to deaden the sounds from a neighbors yard.  Nice quiet older couple but occasionally they have company & every body gets to talking in some kinda loud foreign language in their back yard.  Probably wouldn’t bother most people…..but of course, it sure as heck bothers me. 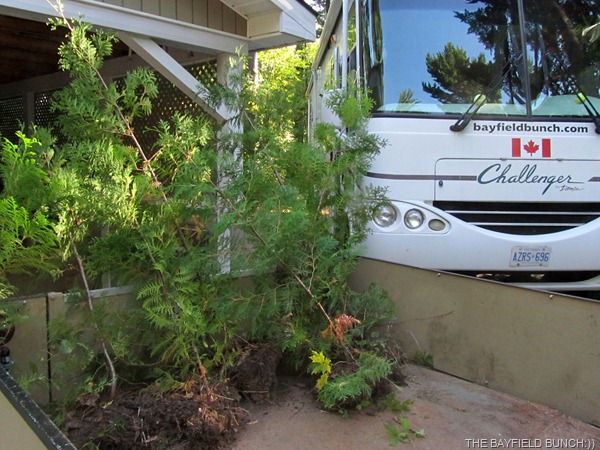 Several folks inquired how big Guinness would get when full grown.  He is a purebred Burnese Mountain dog & just how large he will grow is anybody’s guess.  He’s gonna be a big guy though judging from the size of his paws.  We probably won’t see him again until Spring & by then he may be wearing a saddle. 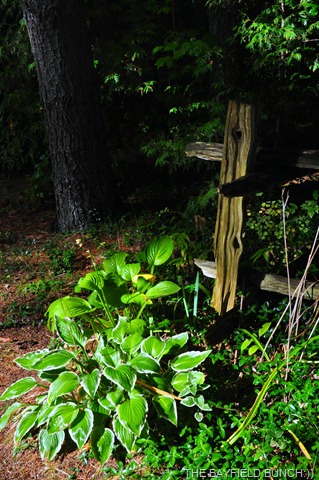 My first digital camera was a point & shoot Hewlett-Packard Photo Smart bought at a Staples store in London Ontario back in the late 90’s.   If my memory serves me correctly, which of course it may not, it was a 640x480 pixel  resolution, and came with a 2Mb memory card capable of storing 32 "normal" images - with ~20:1 compression, but only 16 in "fine" mode and only 4 in "superfine" mode (~2.5:1 compression). A 4Mb card was an option. It had a fixed f2.8 37mm lens.  Power came from 4 AA batteries.  Photos were a bit on the grainy side but no matter, I was just a happy guy to be back into the photography world again despite just about having the cheapest digital camera money could by at the time.  It was a start after packing up all my 35mm Pentax cameras & stuffing them into a closet years before. I had a fair bit of 35mm equipment at the time including telephoto & macro lenses, 3 Pentax camera bodies, etc. etc but I had just lost interest & tired of the whole photography scene.  It was the digital age that brought me back & re-kindled my interest in photography.  All photos below were taken 10 years ago by my little Hewlett-Packard point & shoot digital camera. 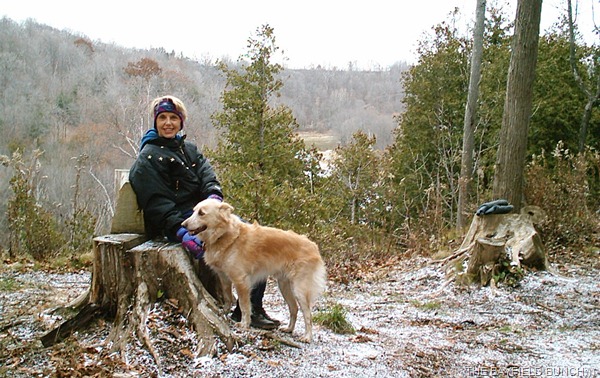 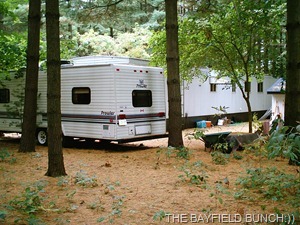 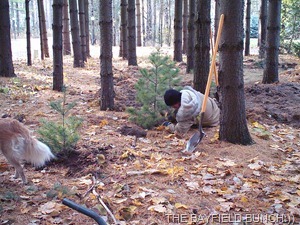 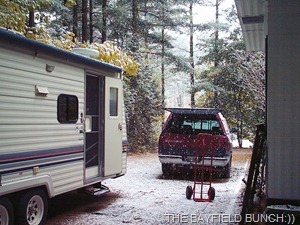 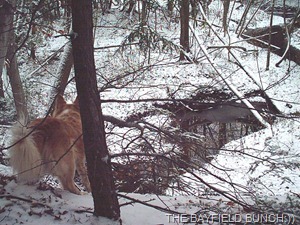 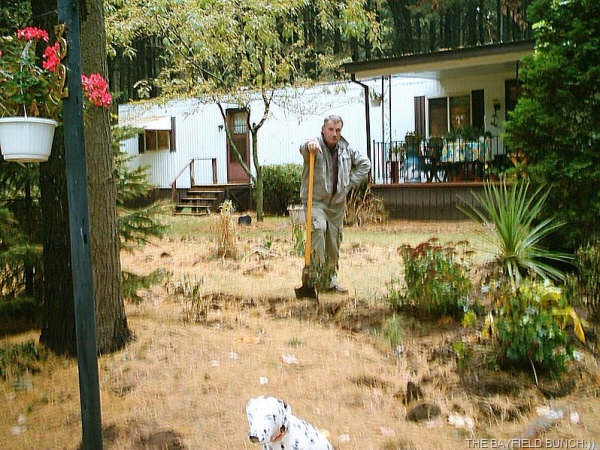 I was totally blown away by the fact I could not only take a photo without using film but I finally had complete control over my photo right from start to finish. I could edit my own photos without relying on someone else to do it in some photo lab many miles away. And the fact I could do all this simply by sitting at a computer in our own living room was almost beyond comprehension. Right from the time I loaded my very first digital pics into the camera's photo program I was hooked on photography again. Just loved the basic editing program & process I now had control over. 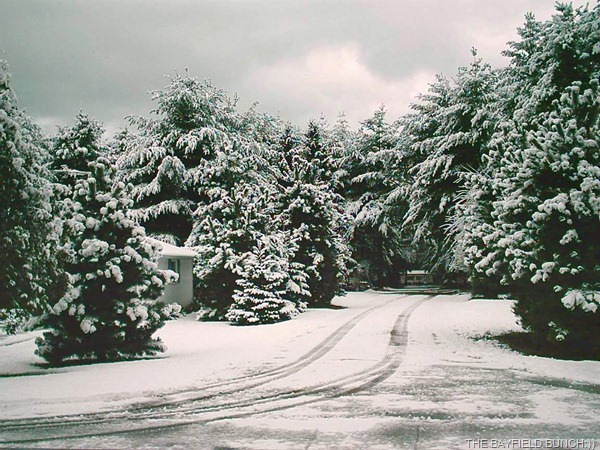 Took a lot of photos with this very basic little HP before moving up the ladder to a point & shoot Fuji Finepix a few years later. Loved this camera more than the two newer Canon point & shoots I have now. Unfortunately, the Fuji camera was stolen!! No shutter lag in that little Fuji & when you hit the button, the photo was right there, just like an older 35mm film SLR (single lens reflex) camera. Both my newer Canons are terrible for shutter lag, especially the Powershot SX210IS. Shutter lag is an old term from the 35mm days. It's the time lapse between pressing the button & the camera gathering all the computer info together to take the photo. I don't have that lag problem in my Nikon DSLR's. The stop action computing power is instant……………………………… 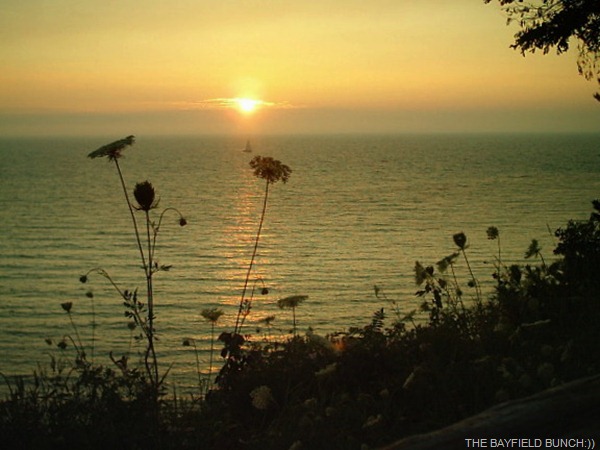 GROANER’S CORNER:((  How do you tell if some one is a real photographer? You ask them to answer this question. Suppose you were walking through the woods and you came upon a clearing. In that clearing is a lake and in the lake is a man is obviously drowning. Now you only have time to do one of the following - save his life or take a photo. Now here's the question…………………………….. Which lens should you use?