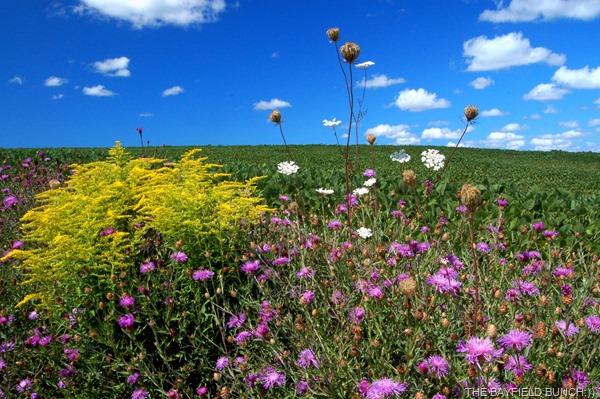 Always a nice feeling to slide past Labor Day week-end which unofficially marks the end of summer.  Gloomy gray skies led to a rainy morning which was fine.   Endless sunny days can get a little too routine after awhile.  Like to see a good old thunderstorm come crashing through once & awhile just to break up the weather patterns.

Always amazes me how coincidence’s sometimes happen.  Some long time readers may remember a post I wrote entitled SERGEANT JOHN & HIS HUDSON HORNETS.  That post explains why we were in the south-east end of Arizona in 08, who Sergeant John is, & how we met him over 3 years ago.  I have no idea what John’s rank in the military was but he reminded me of a Sergeant kind a guy so I nicknamed him Sarge. We already know a lot of people named John so figured Sarge would easily set him apart:)) 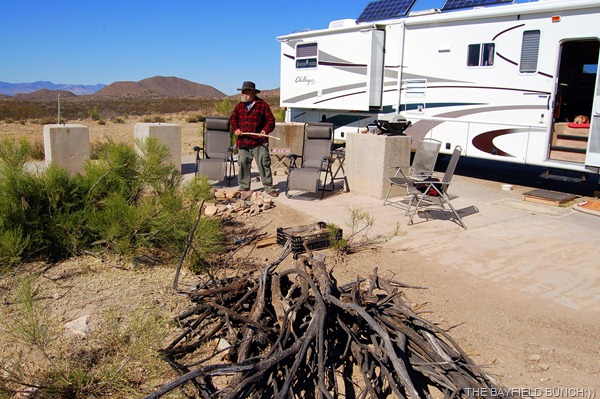 BOONDOCKED JUST WEST OF TOMBSTONE ARIZONA IN FEBRUARY OF 08 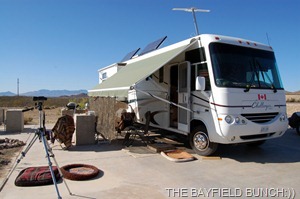 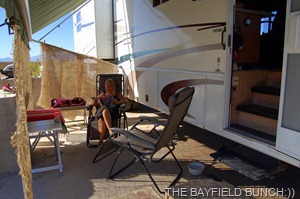 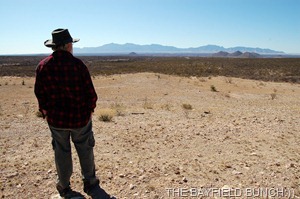 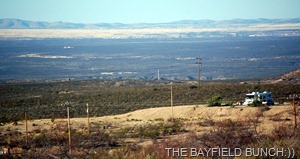 We were boondocked on a high piece of ground east of Sierra Vista Arizona & just a few miles west of Tombstone. Only a few hundred yards south of the Charleston Road . We had corresponded with Sarge via emails in the previous couple days regarding boondocking spots in the area. On his way home from Fort Huachuca to Elfrida one day, he stopped by our boondocking site to say Hello. It was only a few weeks later I wrote about Sergeant John & his Hudson Hornets. 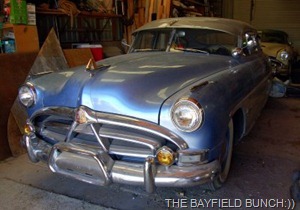 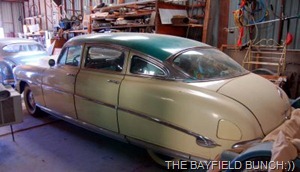 INSIDE JOHN’S GARAGE IN ELFRIDA, ARIZONA 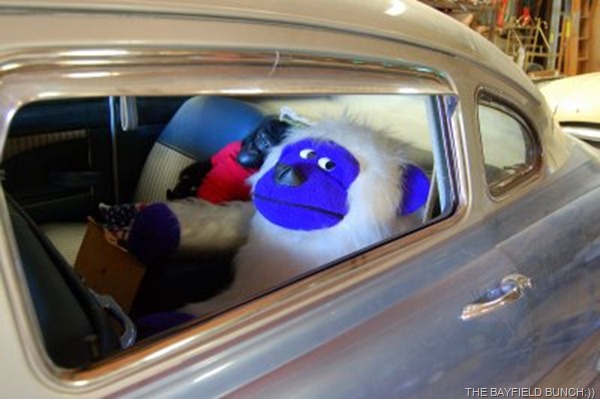 AND NO, THAT IS NOT ‘THE SARGE’ IN THE BACK SEAT OF HIS HUDSON HORNET

Hadn’t heard from the Sarge in a long time until an email rolled in a few days ago. He had been catching up on a few of my posts & noticed we had bought a house in Congress, Arizona. Now, here’s where the coincidence comes in…………….John & Jackie just bought a house in Congress as well & as it turns out it is only a few miles from our Ghost Town Road house. We will practically be neighbors. As soon as their house in Elfrida is sold they will be moving to their new digs in Congress. Very likely early this winter sometime.

Now, there is a second set of coincidences that began at this very same time with the very same question we had posted on the RV NET forum. This second set of coincidences resulted in us meeting another couple this past winter at their newly built home near Sierra Vista Arizona.  And, that new house on 10 acres of land had a direct connection to the Bayfield Bunch going back to February of 2009.   I will relate that story in Wednesday’s post.

Welcome to BONNIE HAILE for hopping on board our Blog Followers list.  Nice to have you along Bonnie & hopefully before too long we’ll have the big wheels rolling again for another winter season in the south-west.

Had myself a little chuckle at Louisburg Larry’s note in the Shoutbox a couple days ago where he said, “Al, your attitude is so much better this summer. I’m glad to see you happy all over”.  Well Larry, I sure wish I could agree with you on that one but it has again been a very difficult summer.  Let’s just say I have put forth a stronger effort lately to keep myself out of the Blogger soup.  Been trying to keep my posts a bit on the lighter side, tone down my opinions, tap into my humorous & creative side, & keep my grumbling & complaining to a minimum.  Have also been a bit more careful with my thoughts & feelings.  I have a tendency to get a little too over the top in that department & it sometimes has a habit of coming back to bite me.  But, thanks for noticing anyway Larry…….appreciate that:)) 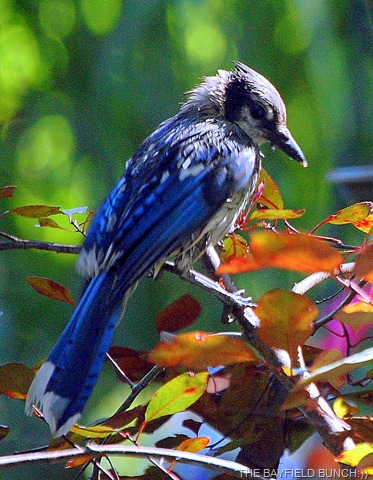 GROANER’S CORNER:((  And, did you know that Gorilla’s have big nostrils because they have big fingers!!