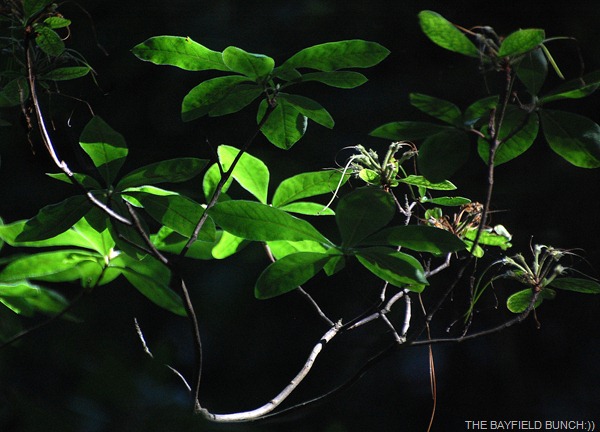 It is usually the soft gentle bump bump of a cold little nose on my nose that begins my day. It is always the very slightest of bumps.  The bumper want's to be absolutely sure she is not disturbing me. If I respond with a quiet 'no' the bumping stops, but if I respond with a whispered 'hey you' I am immediately smothered in slurpy smooches, a powerful wagging tail, & the most excited & happy little dog in the whole world. Pheebs somehow knows not to bother me in the night despite my rolling back & forth a half dozen times. Maybe it's a change in my breathing or a deeper sigh. Maybe it's a roll onto my back or maybe an arm up in the air, but whatever it is, she seems to know when I am waking up. Every morning begins the same. Every morning begins with the 'bump bump' of a cold little doggy nose & the rapid thump thumping of a happy little doggy tail on my bed. Darn nice way to start the day I'd say:)) 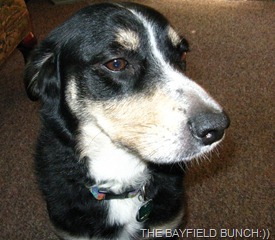 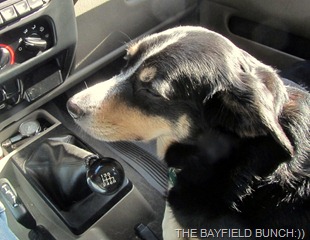 Nice feeling to flip the calendar this morning & see that long hot & humid month of August slip behind us. Don't have to worry about August again until next year. Bonus. September will slide by quickly after this long week-end. And, surprise-surprise......I found my annual RV check list's for loading up the rig. Found em right where I left em, right under a plastic bin filled with rechargeable batteries & chargers.

There really was no need for heading to town this morning but Pheebs had me half drove bonkers wanting to go for a ride in the Jeep. Made ourselves up a short list of grocery un-needables & off we went. She knows I generally pick up a sandwich in the supermarket Deli so that of course topped the list. Between the two of us we had that Turkey sandwich gone before we even got out of the parking lot. One of the items I picked up this morning was a box of aspirins. Upon arriving home I was totally surprised to find the bottle actually filled to the top with...........aspirins. This had to be a first!!  Usually, items like that contain two thirds cotton & one third product. Must have been a filling error on the assembly line & I'll bet Bayer has a full blown investigation going on as to how & where about 103 aspirins went missing. 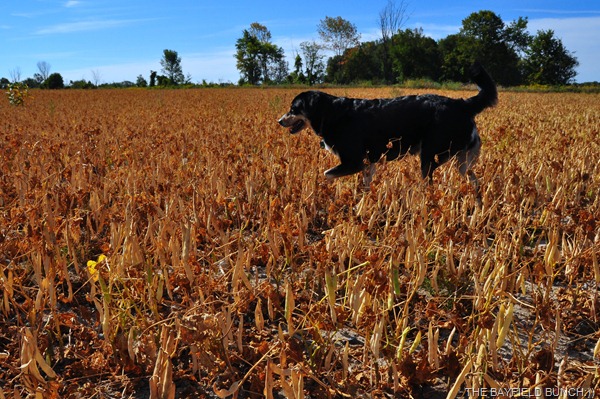 DOGGY IN A BEAN FIELD THIS MORNING

GROANER'S CORNER:(( Jim Finn, the noted biologist, was stumped. He'd spent months studying the little green frogs in the Keefo swamp. The population, despite all efforts at predator control, was declining at an alarming rate.  Finally, Finn went to the chemistry department at his college to see if anyone there might be able to help. Tom Trom looked into the problem, and came up with a solution. The little frogs had succumbed to a chemical change in the swamp's water, and simply couldn't stay coupled long enough to reproduce. Tom brewed up a new adhesive, made from a dash of this, a zoss of that, and most critically, one part sodium.