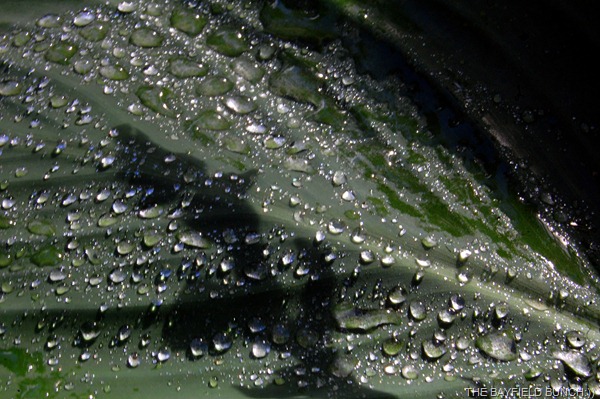 An amber colored engine warning light made itself known in the Jeep a few days ago so we dropped Jeepers off at the BAYFIELD GARAGE about 9 this morning. The warning light was not flashing so knew it was not an emergency. Had some problems with that light last summer as I recall. 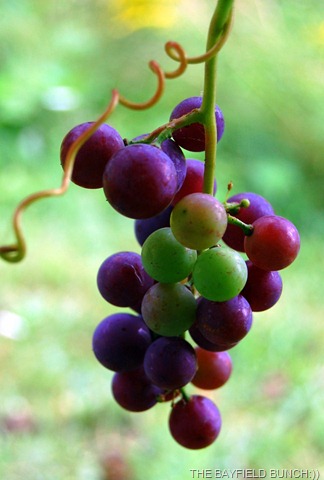 By 11 o'clock we were both in the Santa Fe headed for the Stratford Hospital, an hour's drive east of us. Nothing serious, we just had to be there to meet the mobility van bringing Uncle Harry in. He was scheduled for a consultation with his surgeon & ended up having to have a minor procedure done. Well, at 96 years old, nothing is medically minor anymore & we could tell it was hard on Harry. He just seemed so frail today.  Sat with him for quite awhile in the same prep room I was in a couple months ago before my kidney stone procedure. Didn't seem as busy in there today. By 3 this afternoon Harry's ordeal with his Doctor was over & we had him safely loaded back in the ‘One Care’ mobility van & he was headed back to the Ritz Villa in Mitchell. 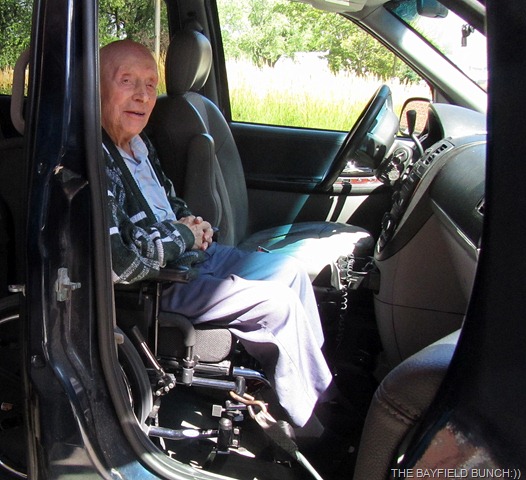 <<< UNCLE HARRY ARRIVES AT THE HOSPITAL IN A WHEELCHAIR MOBILITY VAN

Turned out to be a beautiful sunny day for a drive in the country & I enjoyed the big fluffy cloud scenery all the way there & back. We were home in Bayfield before 4 with one very happy little doggy anxiously watching out the window. Took us another whole hour to remember our Jeep we had dropped off at the Bayfield Garage earlier in the morning.  Had we not remembered we would have got up Wednesday morning, not seen the Jeep in the driveway, phoned the police & reported it stolen.  This aging memory stuff is not a good thing & what makes it doubly worse is having two people in the same house with the same problem:((  Turns out the Jeep needed a new oxygen sensor.  I think I could probably use one of those myself.
---

In my Monday night Ikea post using 'Live Writer' I had tried to put a photo album together with my Ikea pictures. Of course I hadn't tried that for a very long time & I noticed things had changed again. After publishing the post I saw right away the album idea didn't work. So, if anyone clicked on my post early & couldn't get the album thing working, I have since gone back, took the album attempt out & reloaded my photos the standard way. 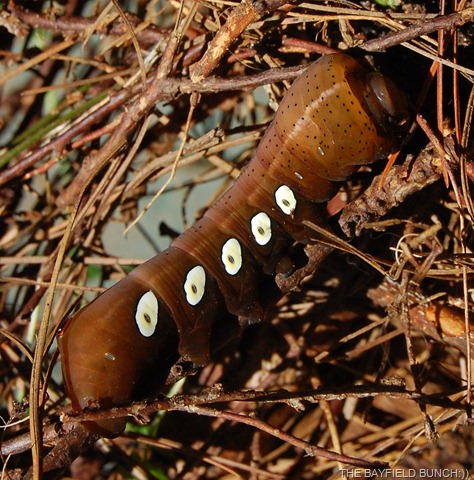 I seem to recall a time not so long ago when I was easily able to upload my Picasa photos into a simple Picasa Web Album. Seems to me I just highlighted the pics & pressed an 'Upload' button at the bottom of my Picasa site. Very simple & my album was uploaded to 'Picasa Web Albums'. Now, since this Google+ thing has taken over everything with it's  ‘circles' & all that 'sharing' stuff.........I am totally lost. I have no interest in these types of chatty social sites & all I would like to do is just put together a simple Picasa photo album like before & make the link available for viewing. I'm wondering if that is even still possible??
---

I have been to PEGGY'S COVE Nova Scotia & watched the North Atlantic’s mighty waves ending their long sea journey in thunderous finality on the shore’s foreboding rocks.   I remember the placid waters of the inner harbor & the many little fishing boats, nets, & lobster traps scattered about.  I remember graying weathered fishing shacks with their backs to the wind & vibrant colored houses shuffled about on the rocky terrain.  East Coasters love their bold house colors.  But, I never saw Peggy’s Cove from the air.  Well, guess who was in Peggy’s Cove with his trusty remote controlled helicopter a few days ago…….yep, IVAN was in the air again:)) 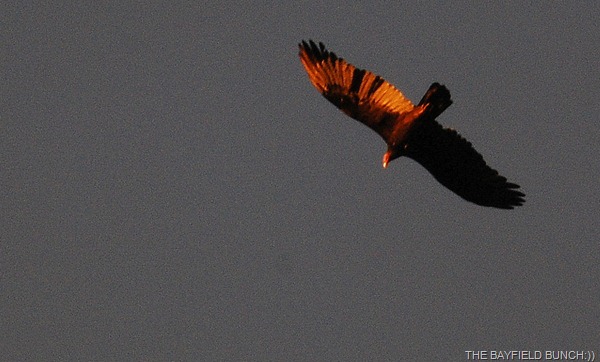 AND NO, THIS IS NOT A PICTURE OF IVAN IN THE AIR AGAIN………

GROANER'S CORNER:((  A local fisherman says, "I caught a twenty pound salmon last week."  A friend asks, "Were there any witnesses?"  To which the fisherman answered,
"There sure were. If there hadn't been, it would have been forty pounds."