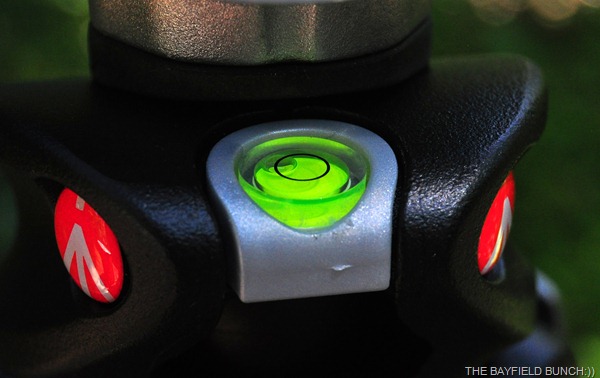 NICE TO SEE METAL PARTS ON THE NEW TRIPOD:))

Totally surprised myself this morning when I walked into the carport shed & walked back out with a bucket full of cleaning supplies, waxes, scrub brushes etc. Washing & waxing vehicles is not one of my favorite things to do anymore but I did get a  good start on the Motorhome. And, whatever happened to the term 'washing a car'. Guess the new in word is now called 'detailing'. Where the heck did that word come from anyway.  Detailing always meant putting decorative lines & pin stripes on a vehicle or that sort of thing. Think I'll just stick to what it is....washing the car. And no, I will not be detailing the inside of the car, but I will be cleaning it!! 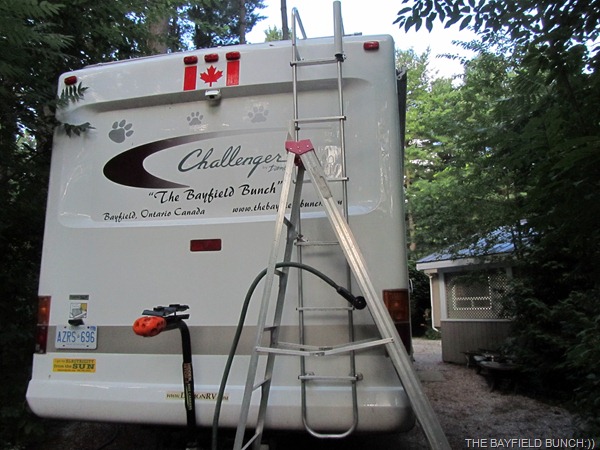 HOLY SMOKES, IS THAT AN ACTUAL SHINE I’M SEEING THERE…I’D BETTER HURRY UP & THROW SOME DUST ON THAT

Spent a little time out behind the shed this morning playing with my Manfrotto.  This is quite a little Mossmagator of a tripod. I especially like how it can be configured to do table top copy work or reversed to take upside down photos. For example, a bug on the underside of a leaf. Both the pan head & the tripod have their own levelling bubbles too. Camera can be extended to 6'6" in the air. Each leg can be totally levelled to a horizontal position. Didn't mention the cost in Tuesday night's post because I was still recovering from the price of course. And yet, it was on the lower end of the scale compared to the really expensive Manfrotto tripods. Those pods will make coffee for you, answer your phone & give you a massage every second Saturday morning of the month. My tripod was $239.99 & the pan head was another $89.99. Throw some good old Canadian taxes on that & your pushing the heck out of a $400.00 bill. I'm sure the same set up could be bought for less in the States but we are in Canada now & that's the way it is. 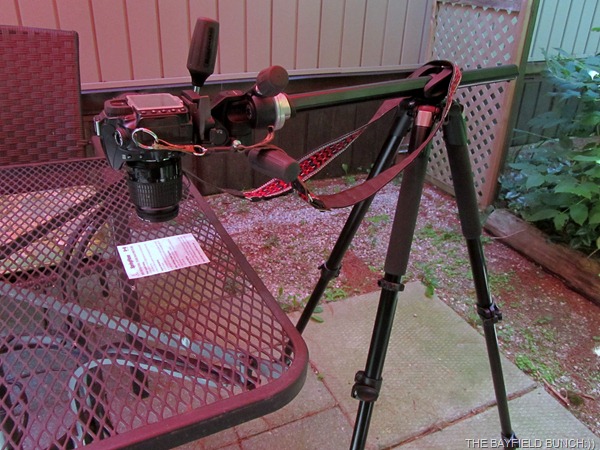 PINKY COLOR CAST COMES FROM AN OVERHEAD RED BEACH UMBRELLA BUT HOW COOL IS THIS MANFROTTO FOR COPYING THINGS LIKE PHOTOS, ETC. 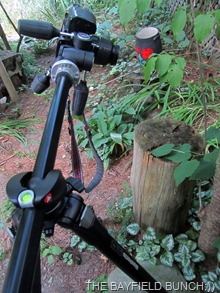 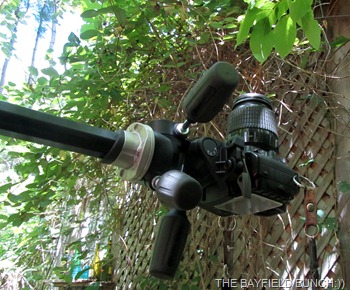 TRIPOD CAN BE CONFIGURED FOR ODD ANGLES

The folks over at GYPSY LIFE JOURNAL are adjusting well to coming in off the road. This is their first time being in the Southwest during the summer & they are enjoying all the greenery, blooming cactus, & cloud shrouded Catalina Mountains near Tucson Arizona. Kelly & I have never seen the greenery of summer but no matter, we love the browns of a southwest winter just the same:)) 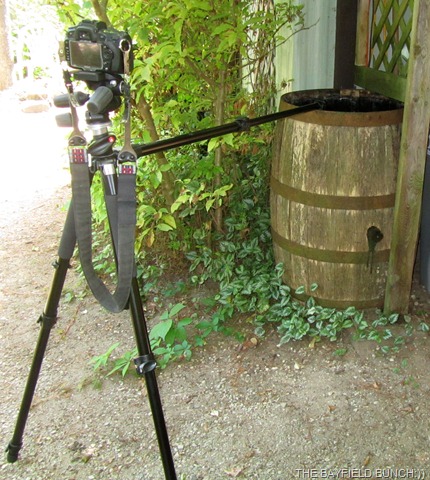 ONE LEG UP ON THE OLD RAIN BARREL 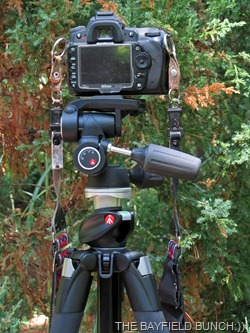 6.5 FEET OF HEIGHT & A LOOK FROM BEHIND THE SET-UP
On the flip side of coming off the road, be sure to check out SMALL HOUSE-BIG BACK YARD as Karen & Steve spend the last day in their house before hitting the road fulltime today. Lot's of excitement going on over there. 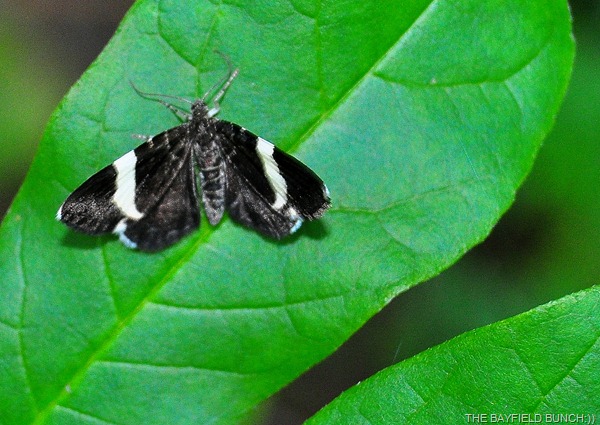 COULDN’T FIND AN ID FOR THIS FELLOW TODAY

Being a Snow Bird, I understand the feelings of excitement heading off on a long journey & also the same type of feeling arriving home again at the end of a well traveled 5 or 6 months.  Two major lifestyle changes every year to keep things interesting.  Nice way to go:)) 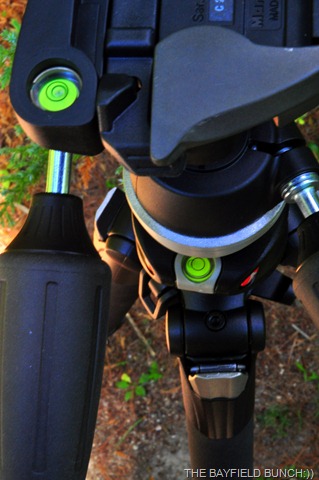 AN EXAMPLE OF THE DOUBLE BUBBLE TRIPOD & PAN HEAD LEVELS
Speaking of excitement, I should have listened to Kelly & buttoned myself up again Tuesday night about some future plans & happenings. But of course I didn't. Not intentionally wanting to throw a teaser out there it looks like that's exactly what I did. My fault again. Sorry. I have to get in the habit of saying things 'after the fact' instead of saying things 'before the fact'......but there is that excitement factor that grabs me sometimes & I always enjoy sharing that feeling with readers. Anyway, I will try not to do that again unless things are confirmed or already done. Always something eh. And you might have noticed I changed a few things around on my site again today. It's the way my mind works, stuff is always in a state of flux & change. At least I can't be pegged for being same old-same old:)) 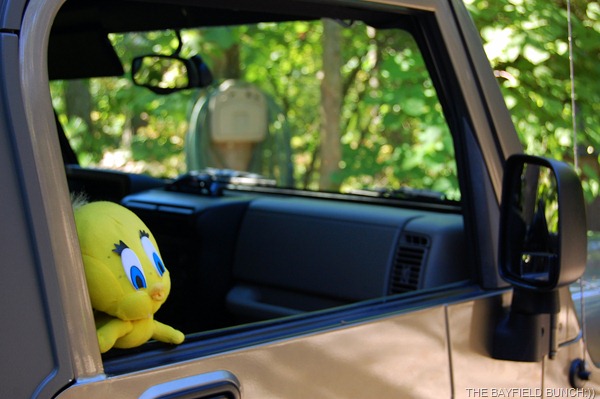 Welcome to new Blog Follower LuAnn Oburn. Nice to have you along. Hope to have the big wheels rolling about mid October this year. 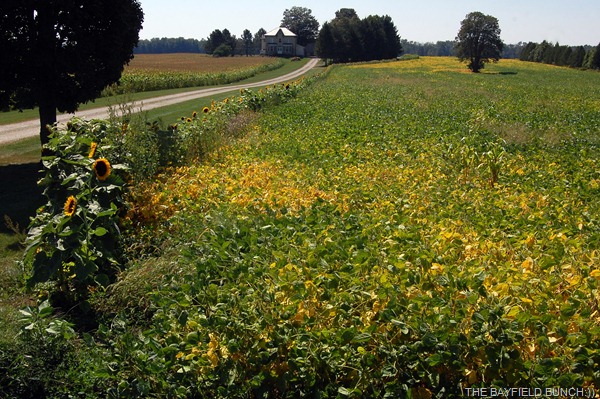 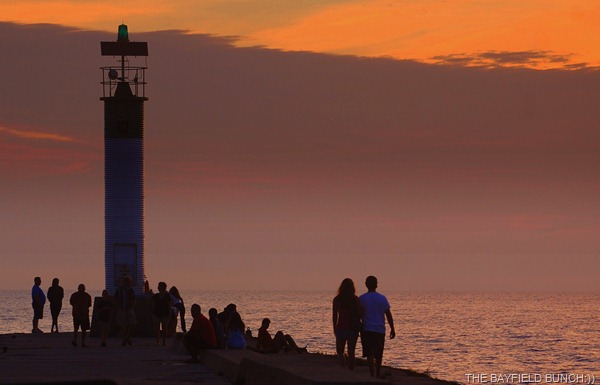 GRAND BEND ONTARIO
GROANER'S CORNER:((   A blonde is terribly overweight, so her doctor put her on a diet. "I want you to eat regularly for two days, then skip a day, and repeat this procedure for two weeks. The next time I see you, you'll have lost at least 5 pounds."

When the blonde returned, she shocked the doctor by losing nearly 20 pounds. "Why, that's amazing!" the doctor said, "Did you follow my instructions?"

The blonde nodded, "I'll tell you though, I thought I was going to drop dead that third day."

"From hunger, you mean?" asked the doctor.