IF ONE NEVER ASKS….ONE NEVER KNOWS 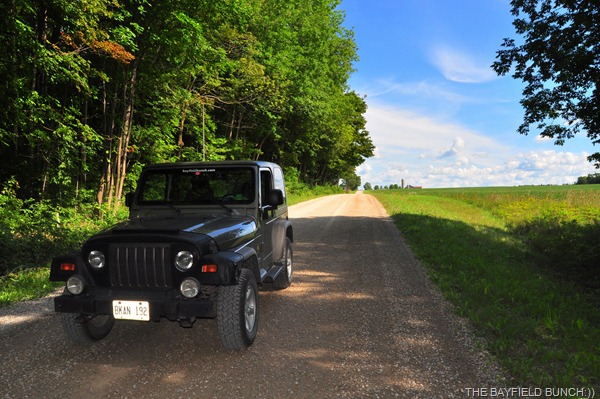 ANOTHER NICE SUNDAY MORNING DRIVE IN THE COUNTRYSIDE

Just gotta love this cooler weather. About 62F this morning as Pheebs & I headed into the forest & that meant no bugs. I like that cool nip in the air but with the colder nights comes the heavier dew so by the time we get back I generally have soggy tootsies from a section of wet grass we walk through. Think our high today was somewhere around 70 & in my world, I'd call that EL Perfecto:)) 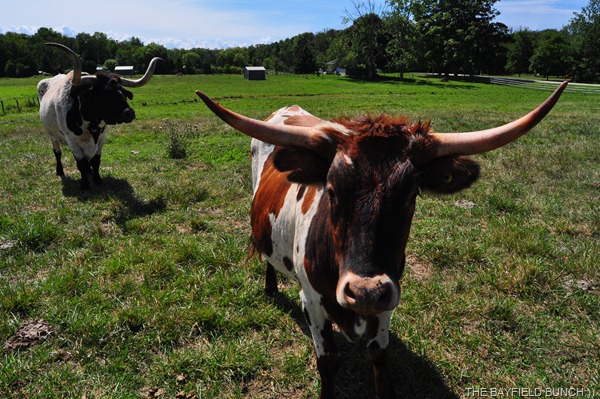 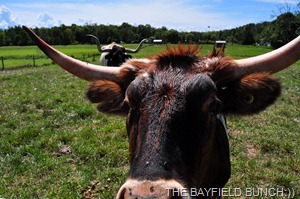 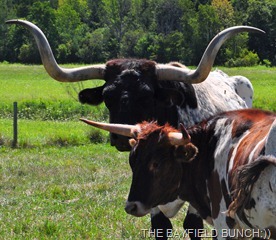 Another working Sunday for Kelly so I tossed the cameras in the Jeep & headed off out into the countryside. Could have taken the bike but wimped out because of the cooler morning air. Plus, it's easier with my camera gear on the seat beside me rather than tethered up in a saddle bag. I generally head off in the same direction most times simply because the rolling forested landscape north east of Goderich Ontario is more interesting that the flatter lands to the south & east. Can't go west because there is a great big darn lake right there about a mile away. 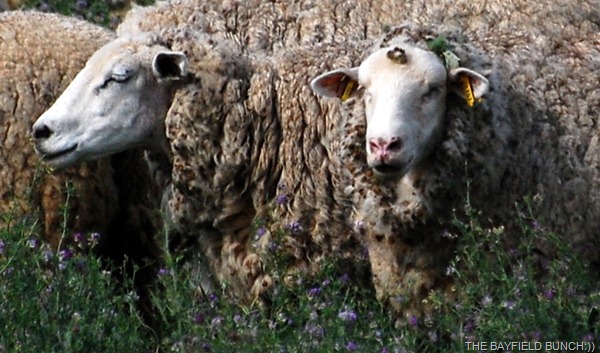 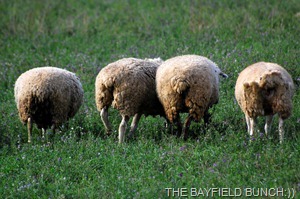 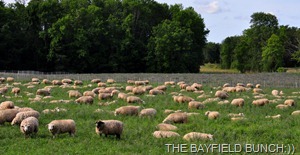 First stop was at a construction site for a few pics that local readers may be interested in. Between Bayfield & Clinton the highway suddenly narrows under a very low overhead railway bridge. That bridge has claimed many a truck trailer & other high profiles vehicles over the years & work is well underway to substantially lower the road. Photos below show the construction process. 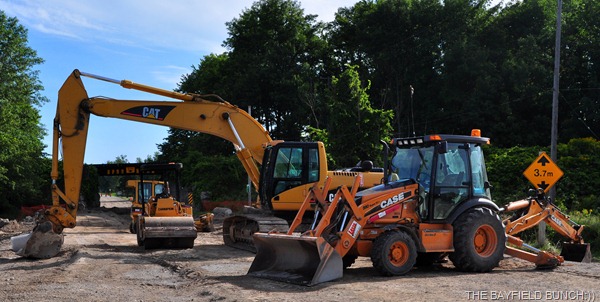 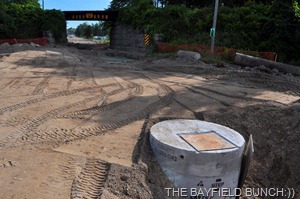 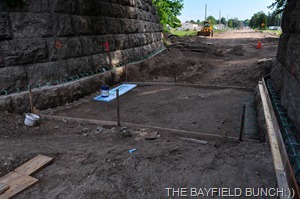 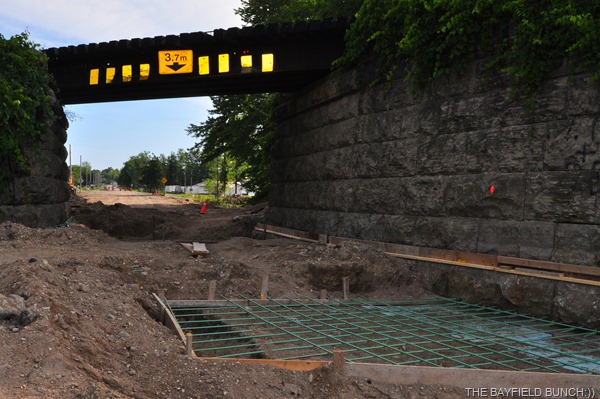 Later as I headed north out of Clinton my eyes were drawn to a band of big puffy cumulous clouds towering up along the eastern horizon. Reminded me of those days long ago as a kid when I would take a blanket outside on a warm sunny summer day & lay on my back watching big white fluffy clouds lazily drifting by overhead. In those billowing clouds were endless exciting shapes for a small child's imagination. Big scary faces, rumbling rhinosauceruses, elephants with long grayish wispy trunks & tails, dinosaurs with looooong bending necks, flying Porky pigs, rabbits with towering ears, cherubic babies with outstretched arms, & anything else a child's mind wanted to see. To-day was another one of those fabulous sky days. A circus like parade of big nosed clowns, portly ringmasters, & fairy tale animals marching across a canvas of big blue sky. Yep, the fabulous imagination of childhood is still very much alive & well in this little fella's mind:)) 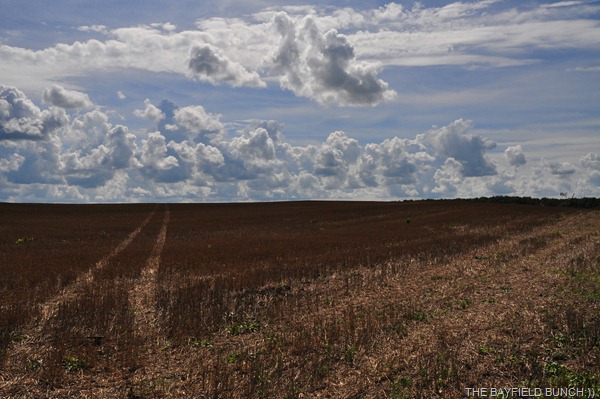 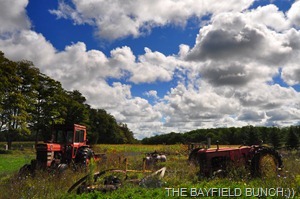 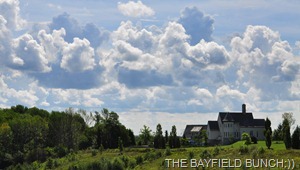 North of Goderich on highway 21 near the local airport stands a little restaurant that has been closed for a few years. I well remember the Sunday morning in the late 70's when I walked into that restaurant, sat down & ordered me up a big mess of bacon & eggs.....& then couldn't pay for it. Wasn't that I didn't have enough money, it was just that I didn't have any money. My wallet was not in my back pocket where it should have been. I very embarrassingly convinced the restaurant owner that I was not a crook & insisted he keep my watch until I drove the short 20 minutes to where I knew my wallet to be. Of course he said I didn't have to leave my watch, but I did anyway. He probably saw right away my watch was worth a lot less than the $2.49 breakfast. I was never known to buy anything of quality you know. My wallet was right where I had mistakenly left it & within the hour I was back at the restaurant paying for my breakfast & retrieving my cheesy cheap-o watch. So far, that is the only time I have ever done that. Well, at least I think it is................

On Friday mornings drive I had come across an interesting looking old abandoned farm grown up with long grass & littered with rusting farm equipment.  Both Kelly & I like these kinds of places in the country.  A great scenic location only 10 minutes northeast of Goderich & it was the photos from that spot I used in my posts the last couple days.  Saturday morning we drove out to the property for a closer look.  Thought there might have only been a couple acres to the place so drove off to the next farm down the road to inquire about why nobody was living there.  If one never asks, one never knows.  Turns out the old fella had died & the 200 acre property was tied up in the Estate.  But no matter, soon as they mentioned 200 acres we knew there was no point for us pursuing it any further.  With the price of Real Estate still remaining high in Canada & this 200 acre farm with it’s large shed full of antiques, the selling price will be in the hundreds of thousands of dollars.  And that’s a whole lot more than the $1.49 we have stuffed in an old sock under the mattress. (one of my socks by the way) 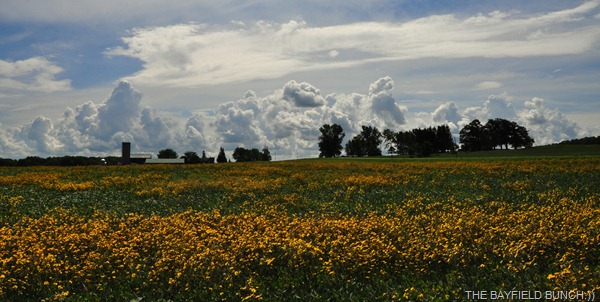 GROANER'S CORNER:(( Emily Sue passed away and Bubba called 911. The 911 operator told Bubba that she would send someone out right away.
"Where do you live?" asked the operator.
Bubba replied, "At the end of Eucalyptus Drive."
The operator asked, "Can you spell that for me?"
There was a long pause and finally Bubba said, "How 'bout if I drag her over to Oak Street and you pick her up there?"