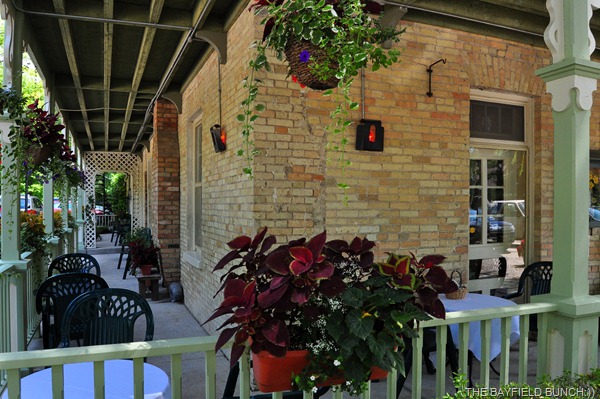 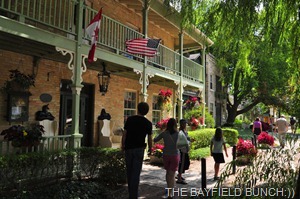 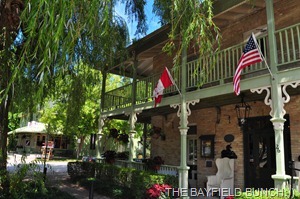 We are creeping right along through another August & each day I try to think of something to keep myself busy. I find that it is not so much having nothing to do as it is not having the interest to do something. And, therein lies the heart of my problem each summer. But, not to worry, I'm not not going to kick open the door to the complaint department again. Things will begin to ramp up a bit in September & we still have lots of planning & packing to figure out along with decisions on what to take with us to our house in Congress this October. 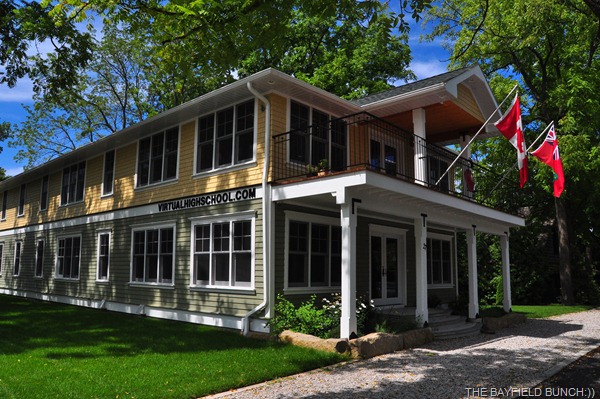 BAYFIELD’S MAIN STREET IS ALSO THE SITE OF THE NEWLY OPENED VIRTUAL HIGH SCHOOL
We have lots of Blue Jays at our bird station these days & their squawking fills the air. Very few songbirds left & some of them may have already begun their southward journeys. My 'stove pipe' around the bird station post a few months ago put an end to the squirrels & raccoons gaining access to the birdseed on the station. Guess it's safe to say, after many battles these past few years, Al finally won the war. Or, so it seems..........for now. 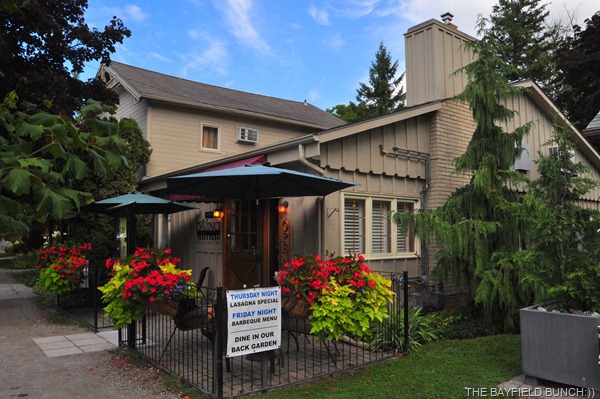 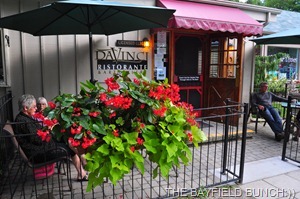 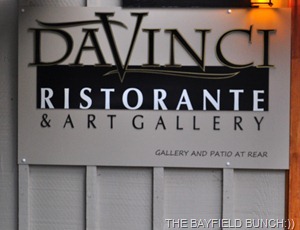 The weather people called for a 100% chance of rain today.  We never got a drop!!  Had me a hankerin for a Tuna Sub about 11:30 this morning so loaded up the little Pheeberlicious & it was off to Bayfield we went.  Summer week-ends in Bayfield are always busy with lots of tourists but we lucked out & I walked right in & up to the Subway counter.  I was the only one there but it was only a minute before a big gang rolled in behind me.  Pheebs held the fort down out in the Jeep.  Shared our 6” Sub in the parking lot.  Problem was, now we both had Tuna breath!!  Eeeeyuk, didn’t want to be cruising around with that smell hanging out of our faces so it was off to the ice cream store on Bayfield’s main street.  Asked for the smallest Butter Pecan cone they had.  Turned out to be a double decker but we did manage to plough our way through it.  A quick walk up the street netted me a few pics for tonight’s post & that was it & we headed home.  Another Saturday behind us. 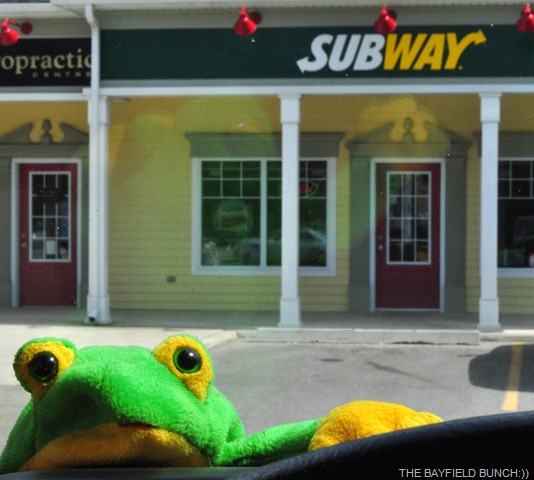 MY LITTLE GREEN FROG BUDDY WE PICKED UP IN NILAND CALIFORNIA STILL RIDES WITH US ON THE JEEP DASH:)) 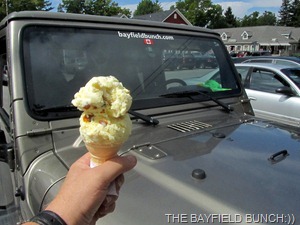 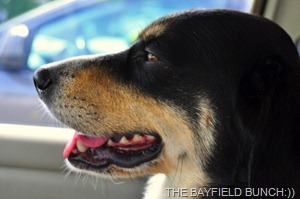 KEEP A CLOSE EYE ON THAT CONE PHEEBS

Ever wonder about dreams? I am sometimes a lite sleeper so frequently wake up 2 or 3 times during the night. Not very restful but I do dream a lot & I figure the reason I remember them is simply due to the fact that I don't slip into that deep heavy sleep for the entire night. A lite doze in my chair seems to be the best time for remembered dreams though. I have also learned that as I am waking up from a dream I can remember it better if I don't open my eyes. I can liken it to opening the back of a camera with a roll of unexposed film in it. As soon as the light hits the film the images are erased. Same thing with the brain so if I'm coming out of a dream I resist the urge to open my eyes. Well, as long as it was a good dream anyway. I try to go back into a dream sometimes but am seldom successful.  It usually fades from memory very quickly. 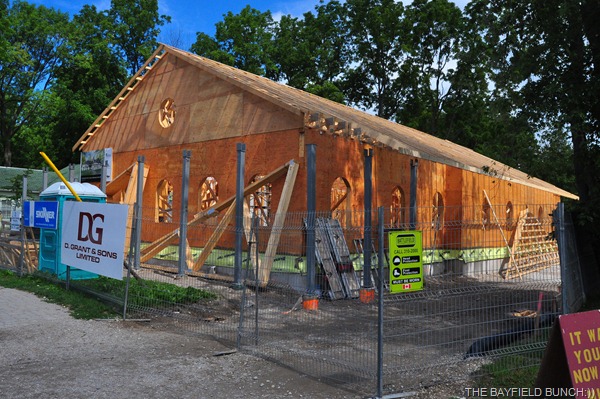 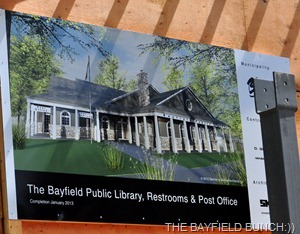 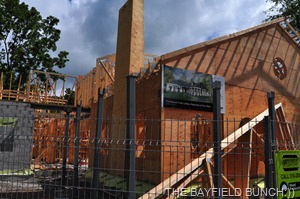 I like the flying dreams best as I float over trees & people on the ground. I have never remembered a landing but my take off is always the same. I take about 4 steps forward & then very carefully lift one foot higher & step up into the air & begin to float skyward. Sometimes I fly very fast but most times I just kind of move along slowly hovering over the tree tops looking at things on the ground below. 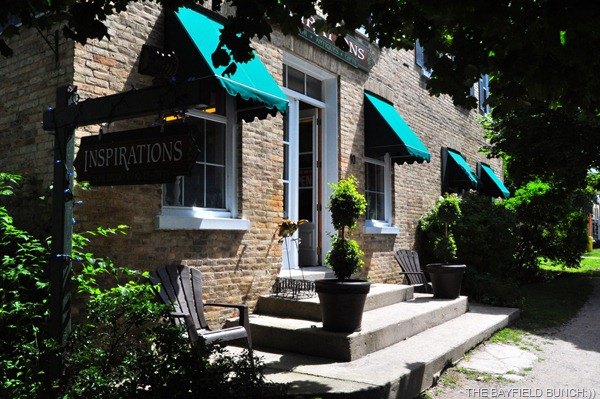 Meeting old friends is another part of dreaming I enjoy. People from 50 & 60 years ago drift in & out. Max, Checkers, & the Motormouse sometimes come scampering by to visit. No rhyme or reason but all of a sudden there they are & I'm talking & playing with them. Could also be a person I only met once or twice decades ago or it could be a current friend. The people who have the most impact & leave the longest lasting memories for me are the ones who have passed away. In any dream sequence, a departed friend or relative may appear & it is always such a great feeling inside to once again see & talk to them. And, it all seems so real. And then, just as they mysteriously appeared, they drift away again & a feeling of profound sadness fills the void. It is those dreams I try to hang onto as long as I can before waking up. Sometimes, I try to re-enter the dream & run after that old friend to see them just one more time, to talk to them just one more time, & to tell them things I just never got around to telling them when they were here.   But, they are gone.  I always hope that someday, they will re-appear to once again put a warm smile on my sleeping face.................. 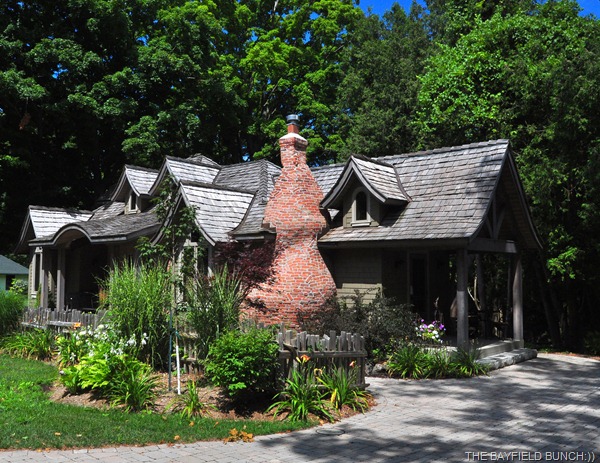