SMACK DAB IN THE MIDDLE OF AMISH/MENNONITE COUNTRY 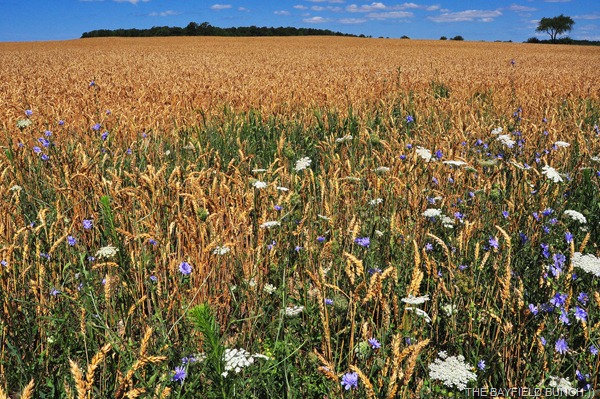 First order of business this morning was to have my stitches from last Friday's minor surgery taken out so it was off to the Medical Clinic in Goderich. Bike or Jeep, Jeep or Bike.....took the Jeep. Expected people to be ahead of me but I was the only there. Another examining room, another sunny side up lay down on a paper draped table bed. Snip, snip, snip, yank, yank, yank, & ouch, ouch, ouch. That was it & I was out the door in about 10 minutes. Now, with a bit of luck, that should be the last of my ' medical ouchies' for the summer. 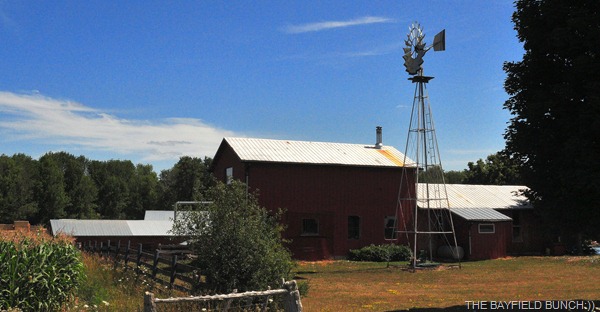 Kelly had spotted a couple more rural properties so figured I would head off & see if I could find them this morning. They of course were financially beyond us but any excuse I can find to head out on a country drive I will take. Unfortunately, Real Estate has remained high here in Canada & our area is no exception. Found the first 3.5 acre property with an unfinished cottage/house no problem. Three quarters of the property was a Maple & Cedar forest on a quiet country road with no visible neighbors. Now how nice is that. A perfect place for a handyman & outdoors person. Well, I have the outdoors interest alright, but I'm no darn handyman. This property was located about 20 minutes south of Kincardine Ontario. 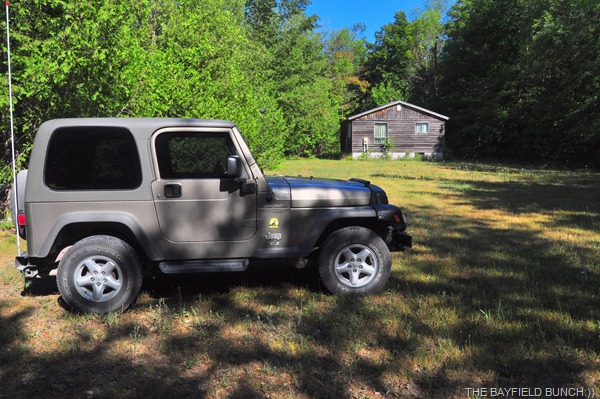 Second piece of property I found about 40 minutes later right smack dab in the middle of Amish/Mennonite country.  This house & property were located in a little country crossroads bit of a place called, St. Helens. Very scenic, very peaceful, but of course, very pricey. No matter though because how nice this morning to see all the neat as a pin farms alongside fields of harvested & stooked golden wheat. Tall waving green corn stalks marched from farm to farm over hill & dale.  So nice to see quiet country roads wandering like sinewy yellow gray ribbons through forests & fields over creeks & rivers. I stopped half a dozen times to take photos & each time the only thing I heard beside the rustling breeze in the trees were homey barnyard sounds coming from near & distant farms. I could hear chickens, the laughter & squeals of children at play, & the clink & clank of farm machinery being attended to. Horses & cows lazily grazed along wooden fence lines. Billy Goats in some fields, sheep in others. A big smiley wave from a couple young fellas going hastily by in their horse drawn buggy.  One lad clutching tightly to his straw hat told me the boys had some speed up. Yes, truly another marvellous few hours spent in one of my favorite outside homes away from home:)) 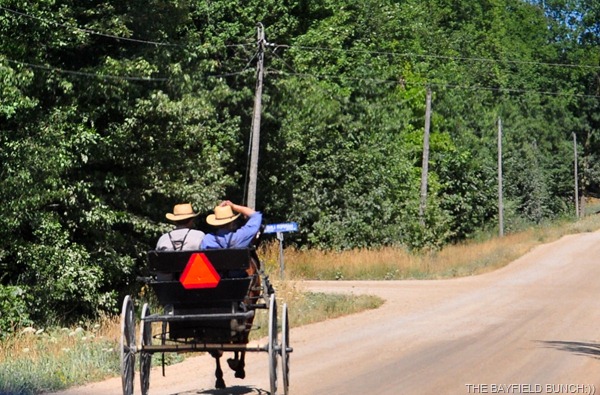 THE LADS WERE CLIPPING RIGHT ALONG 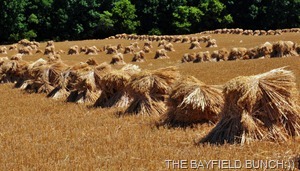 And commenter Martha asked, ‘I have a question about the picture of the hay field. Do the Mennonites not bail hay? They look like little stacks of hay’.  Now, I’m going to take a big chance on getting this right.  You might have to help me out here ED.  When grass is cut it has a greenish color & is called hay which is what cattle feed on.  When crops like wheat, oats, & barley are cut, it is what is left over in the field after the grains have been separated that is called straw & that is used for animal bedding.  Both hay & straw can be baled or can be stacked into stooks.  Bales can be round or rectangular.  All of these golden stooks in yesterday & today’s photos come from grain crops, therefore it is straw.  I believe that to be wheat in the photo below.  Oh, & Scarecrow from the Wizard Of Oz was filled with straw as well. (I checked that one on the internet:)) 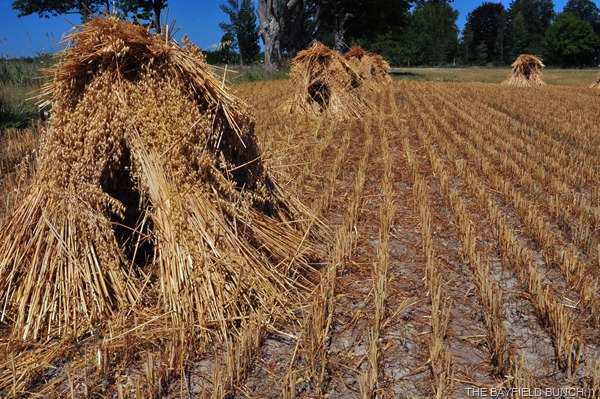 On my way home today I couldn't help but once again make some comparisons. Just as in many of the quiet desert areas we prefer in the south-west, I feel at ease in our rural countryside here in Ontario. Kelly feels much the same way & that is why we have concentrated our ‘some day’ real estate search efforts rurally. Most folks like to live close to other folks but our preference is to be further away from all that & closer to nature. Times change, interests shift, & after 7 adventuress years spent living in the country over a decade ago, we both have a definite desire to return to that preferable way of life some day:)) 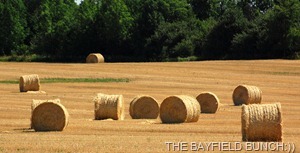 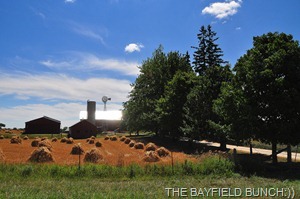 In the latest issue of ONE-MINUTE ASTRONOMER I especially liked the last line in the current topic, 'The Constellation Sagittarius.' The line is....." Just find a good reclining chair, some dark sky, and lie back and gaze at the frosty star fields of Sagittarius and imagine you’re flying along the plane of the Milky Way, unfettered by Earthy worries, going farther and faster and seeing things that few humans will ever see". It is the words, 'unfettered by Earthly worries' that leap off the page at me. Unfettered by Earthly worries……can you just imagine the peace, serenity & tranquility that must bring. And, I liked the line, 'how I have always dreamed of going farther and faster & seeing things that few humans will ever see'. If only, alas, if only it were more than a dream. If only I could bring myself to believe in the true reality of that. If only................ 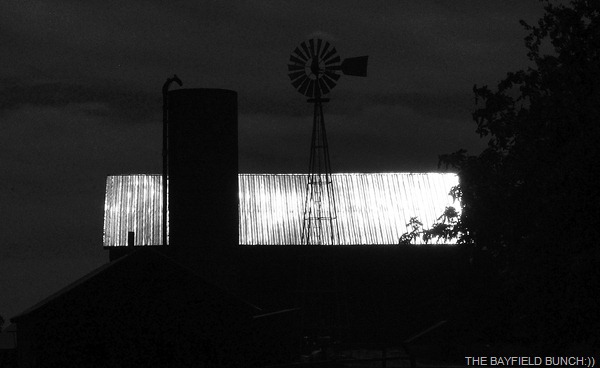 The sheriff asked the old farmer, "Lordy, were they ALL dead?"


- The only thing better than right now will someday be the memories of right now...AL.
stargeezerguy@gmail.com