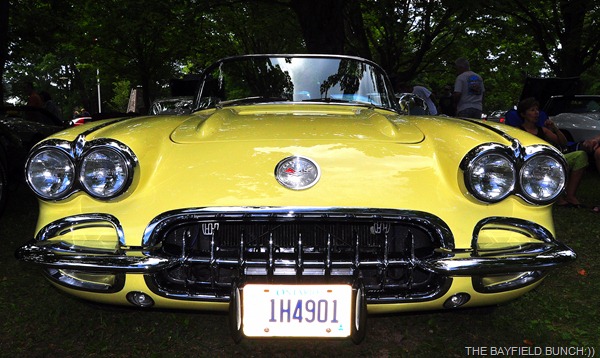 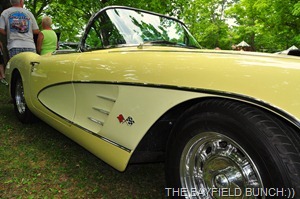 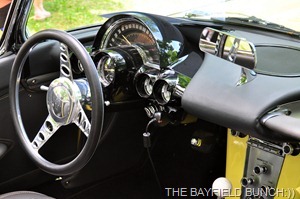 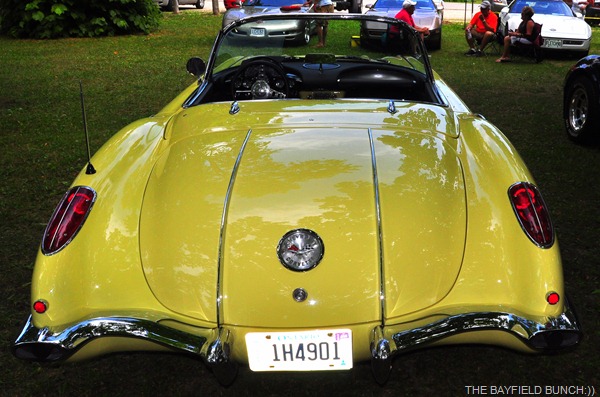 All us doggy critters slept in the living room last night. Stella on a doggy bed, Guinness on the rug, Pheebs on the couch & me in my recliner. Kelly cannot tolerate having her sleep disturbed in any way so we had the hall door closed & I rode herd on the gang all night. Of course I was asleep in the saddle for the most part but the guys were good & there was no zany stuff going on. Well, not too much anyway. Tried our luck at a cool morning walk but the biting Deer flies drove us right back out of the forest. Of course Guinness, being the little water puppy she is, ended up in the big frog pond for a swim on the way back. 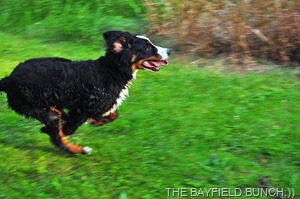 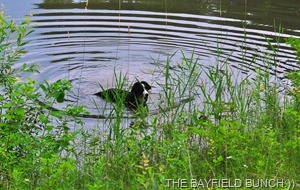 RUNNING, PLAYING, & SWIMMING…THE ‘BLACK DOG GANG’ IS HAVING A BLAST

Another hot one going on so that pretty much eliminated any comfortable outside stuff again. Not much room in the Jeep plus no A/C meant there was no way of taking the doggy guys for a ride anywhere. Biting Deer flies ruled the forest trails & the only critters that appeared cool & happy outside the sun room window were the bird's frolicking in the bird bath. It was Bayfield’s annual Corvette day so while the guys were all snoozed out for a few minutes this afternoon I slipped out the door & headed into town. Would say it was the biggest turn out of Corvette's that Bayfield has ever had. Sifted around through the cars taking a few photos & 20 minutes later I was headed home...to a bit of a surprise. 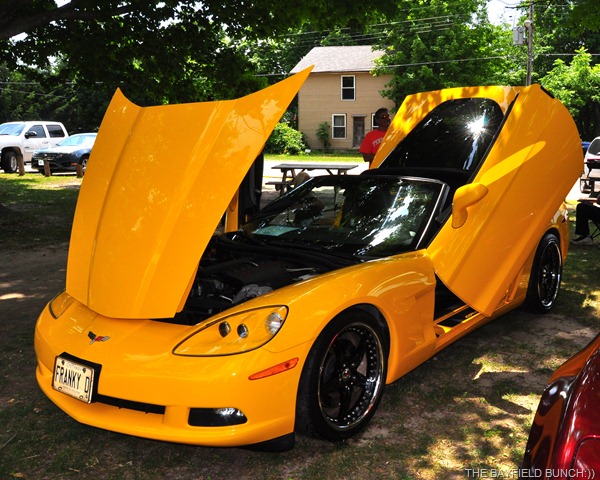 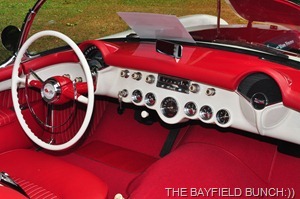 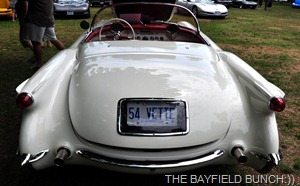 When I arrived home there was one young fellow in our driveway with Pheebs & Stella & 4 young teen-age girls in our sun room all gathered around Guinness hugging & petting him. I'm sure Guinness thought he had died & gone to heaven. The young fellow was Matt from DEER PARK LODGE & the girls were friends of his. Kelly, thinking I was home, had sent them all over because the girls had wanted to see Guinness. Imagine my surprise. No problem though, Stella & Pheebs were getting lots of attention as well. 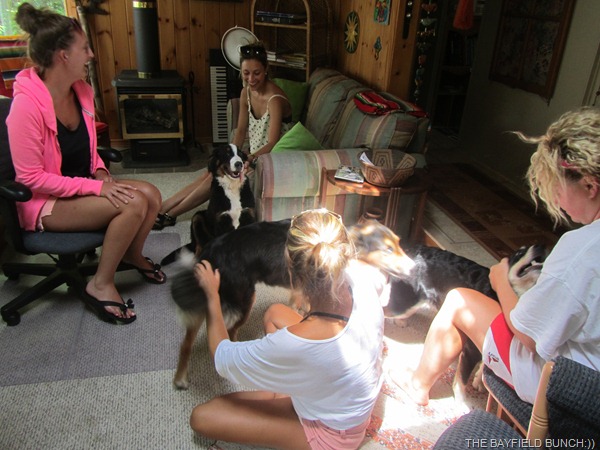 IMAGINE MY SURPRISE COMING HOME TO A SUN ROOM FULL OF GIRLS:))

Weatherman says cooler weather headed our way.  Thank you Mr. Weatherman.  Sure hope this past week or two are not an indication of what the rest of the summer will be like.  A month from now we will be bearing down on the mid August seasonal change in weather patterns & I am already looking forward to that very early indication of Fall.  My favorite season of the year by far:)) 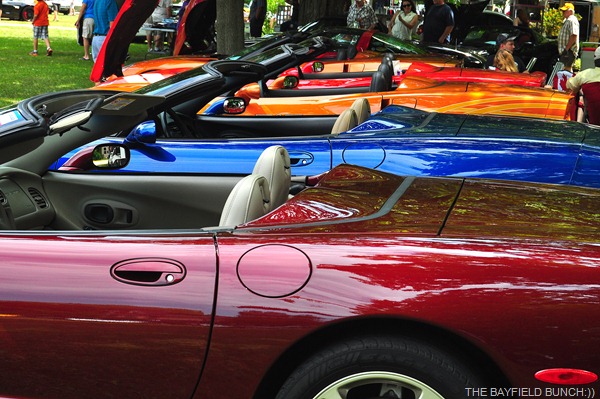 A hazy cloud cover last night prevented me from attaining binocular lift off into the great depths of the Universe.  Well, as far as 50 power magnification could get me at least.  With binoculars this size it is important to use a tripod for viewing in order to have as stable a viewing platform as possible.  This of course brings me to my next dilemma.  I have desperately needed a new quality tripod for years now.  My mainstay Slik 88 tripod bought new back in the late 70’s is so bandaged, splinted, dented, bent, & banged up now that it is all but unusable.  It’s a small miracle it has not collapsed with camera gear on it.  I do have two other camera tripods but they are also broke because they were cheapos.  I sometimes have a bad habit of trying to save a dollar by buying the cheapest of something I can find.  Those two plastic tripods are a good example of my folly.  Had I spent the money a few years ago & bought myself one good quality built tripod I wouldn’t have to be faced with the decision of buying another new one now.  Not very smart to mount expensive camera gear, a telescope, or Skymaster binoculars on a two bit cheap broken down tripod.  Nope, not too darn smart at all!! 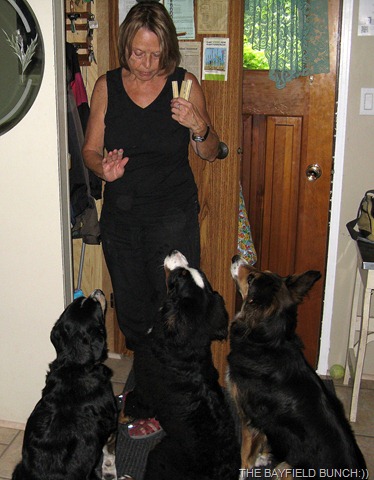 
- The only thing better than right now will someday be the memories of right  now...AL.
stargeezerguy@gmail.com