I AM JUST NOT A BEAN GUY 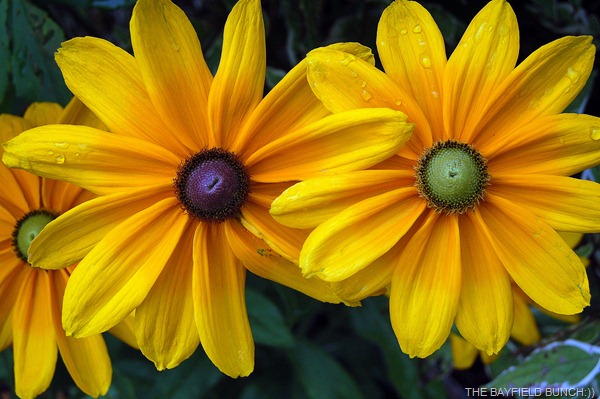 Thought maybe the cooler temps this morning might keep us bug free on the Pine trail but no such luck.  The swarm of Man & Dog eating Forest Sharks, thinly disguised as Deer Flies, ambushed Pheebs & I as soon as we entered the head of the trail.  No choice but to beat a hasty retreat again.  Looking forward to bug free Autumn:))  Needed a few things in Goderich so Little Miss Most Best & I fired up the Jeep & headed out.  Wanted to get there & back before the days heat built up.  We were home again well before 10 a.m.  Pheebs sure likes her Jeep rides & I sure like any old excuse for a leisurely drive through the countryside.  We are a good like minded team. 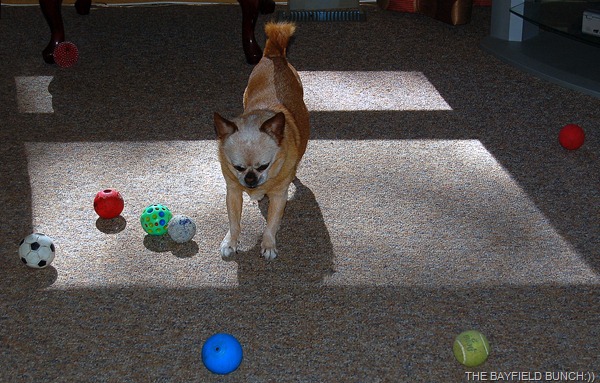 REMEMBERING OUR LITTLE MOTORMOUSE…PHOTO WAS TAKEN ONE YEAR AGO TODAY
I am just not a Bean guy.  Guess that is why I don't care much for Mexican food.  Those people with the big Sombreros put some kind of beans in just about everything they eat.  Bet they even have beans in their ice cream.  Beans beans the musical fruit, the more you eat....the more ya need a new suit.  Kelly is a Beaner & we seem to have jars of beans here.  Spotted another one this morning just packed full of colored beans of some kind.  Have a feeling they came from near south of Wilcox, Arizona & for sure every last one of them will end up on Kelly's plate.  Don't get any of those yukky mushy beans near my plate please.  And what's with 're-fried beans'!!  If those people down there fried them right in the first place, why would they have to re-fry them again.  Remember being in Puerto Vallarta a couple times years ago walking the streets looking for a good old hamburger joint before I starved to death.  Found one, wolfed down a big juicy burg & ended up at the end of the day with just about the worst case of Montezuma's revenge possible.  I think somebody slipped a bean in my burg.  That cost me about 3 days out of a 7 day holiday:((  Beans....bah Humbug!!  And, don't even get me started on any of that creepy crawly Seafood stuff:(( 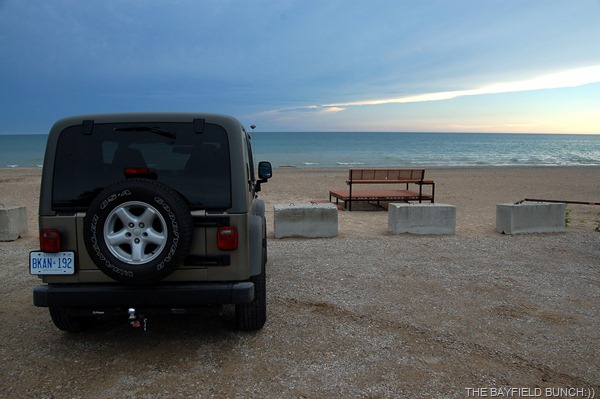 BAYFIELD BEACH
Ever since suffering my second Kidney Stone attack in Tucson Arizona this past December (first one was in near Limon Colorado in 07) I have been following everyone's advice about drinking lots of Cranberry Juice.  Didn't much care for the taste of Cranberry juice on it's own but found if I mix two thirds Cranberry juice with one third Ginger Ale, I have myself a mighty fine thirst quenching & enjoyable drink.  I have successfully replaced my heavy milk drinking habit which I have had for my entire life, with this Cranberry-Ginger mix.  And, I never have to buy any other kinds of juice drinks anymore either.  I easily go through 3 litres of Crankberry juice a week now.  I call my mixture 'Crankberry Juice' cause it does seem to crank me up a bit.  And it has just about the right amount of Ginger Ale to put a nice friendly fizz on my face:)) 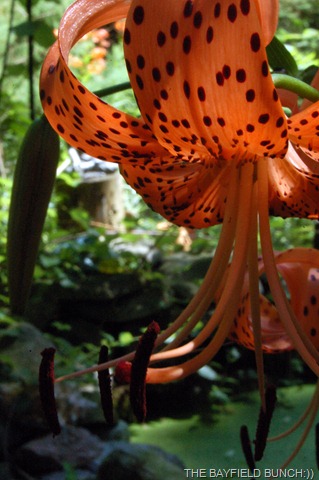 Noticed this morning that Chinle over at SPOTTED DOG RANCH has re-instated her comment section.  I was happy to see that because I had wanted to leave a few comments on a couple of Chinle's previous posts.  Also felt kind of 'out of touch' with her there for a bit & this has given me a different perspective on this whole commenting thing.     Removing my comment section has had some favourable results but it has also left a void.  In one of our recent emails a reader wondered why I had dropped the comment section & wrote, " "The comments section is where a sense of community starts, that's where the 'conversation' back and forth happens". To that reader I answered in part, ‘I have to admit I have not been too communicative this last while whether it be through comments, emails, or the reading of Blogs. I have taken a step back from Blogland's community table to re-access & mull over my blogging future. Maybe this temporary step back is not in line with everybody else but I felt I needed some temporary space if I was going to keep my blogging hat in the ring’.  Been a couple weeks now, but with some recent positive developments I am reconsidering the whole 'comment' thing again.  Oh, I am such a Waffler.  Reading over a few of the sincere emails I received, I especially liked this line from Mark at BOX CANYON BLOG.  He said in part, "Writers (artists in general) are an insecure lot :))" (he meant that in a positive way)  My answer to Mark was simply,   "Yes, it is a well known fact, accepted by so few, and confused by so many".  I am honoured to be thought of as a member of that artistic insecure group:))  The thought fits me well.  Mark's email, along with others, made my day:))  And, after much mulling about again tonight…….I did re-instate my comment section :)) 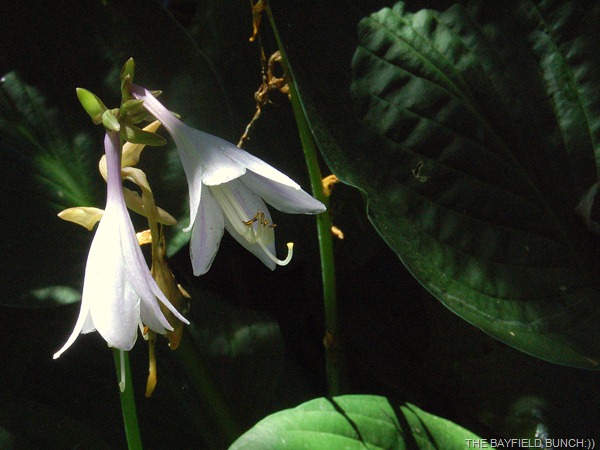 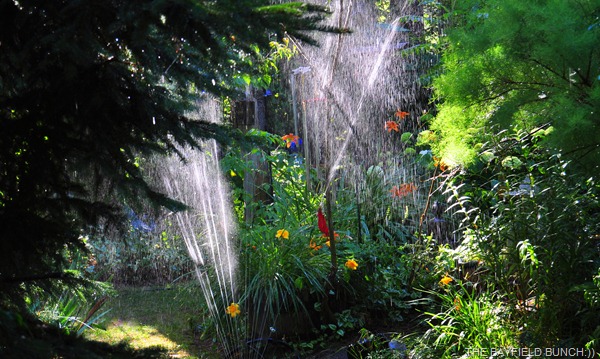 WATERING OUR FRONT YARD THIS EVENING
GROANER'S CORNER:((  There was a bit of confusion at a Sandwich Illinois supermarket this morning.  When Donna C. was ready to pay for her groceries, the cashier said, "Strip down facing me."  Donna made a mental note to complain to her congressman about Homeland Security running amok, but did just as she had been instructed.
When the hysterical shrieking and alarms finally subsided, she found out that the cashier was referring to her credit card.
She has been asked to shop elsewhere in the future...............
I think they need to make their instructions to us seniors a little clearer!!
---------------------------------------------------------------------
- Tourists see the world, travelers  experience it.
- Home is where your pet is:))
- "If having a soul means being able to feel
love and loyalty and gratitude, then animals
are better off than a lot of humans."
(James Herriot)
- The only thing better than right now will someday be the memories of right  now...AL.
stargeezerguy@gmail.com