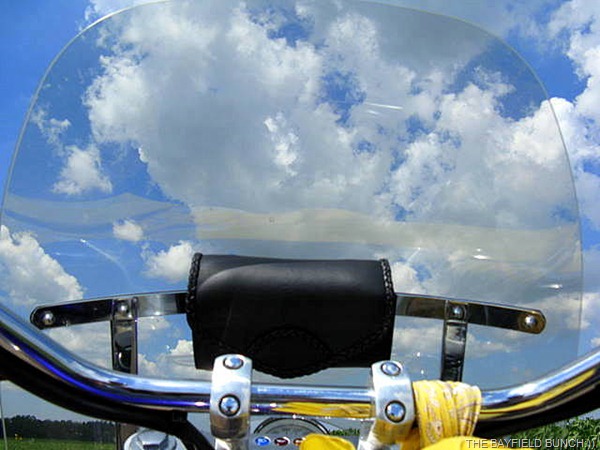 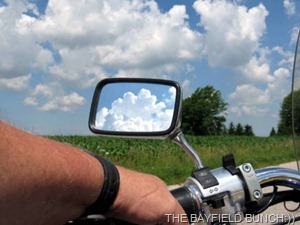 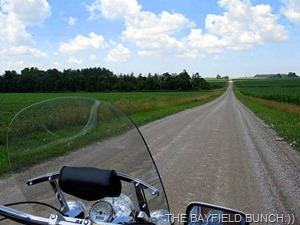 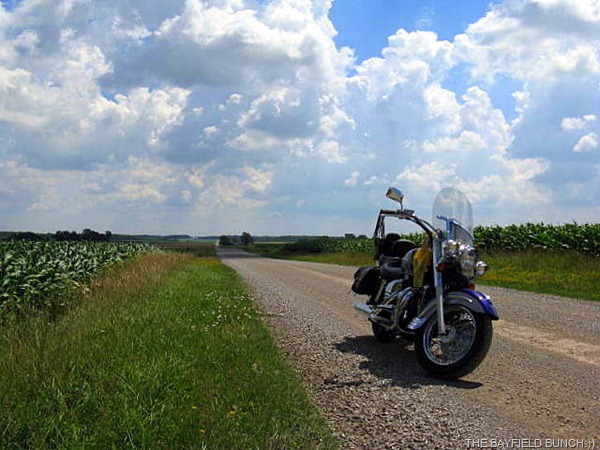 Could probably take up half a dozen paragraphs to describe how great it was to saddle up the bike earlier this morning & hit the roads for a run in the country. But, not to worry, I'll keep a lid on on it. Had a few errands in the town of Clinton & a few things to pick up in the town of Goderich. Lots of nice country roads in between those towns & I was in no hurry to be anywhere:)) 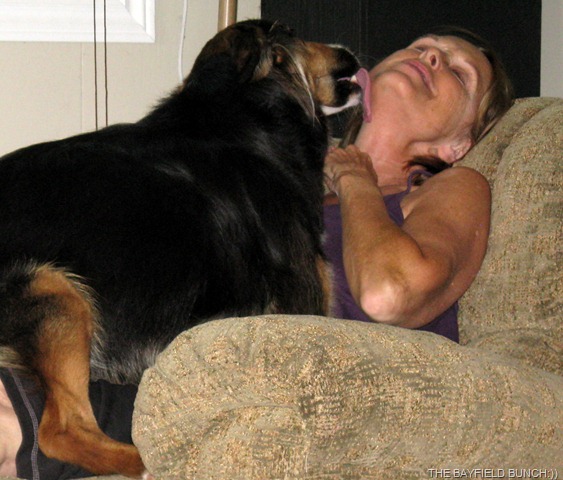 KELLY GETS A BIG SLURPY FROM STELLA
Kelly rolled in with Stella & Guinness about 12:30 today & seconds later tails were a waggin & the doggy circus was in full swing for the weekend. I so enjoy watching all the guys happily playing together. Toys flying through the air, doggy tug of wars, barks, yips & tussles.  Love it:)) 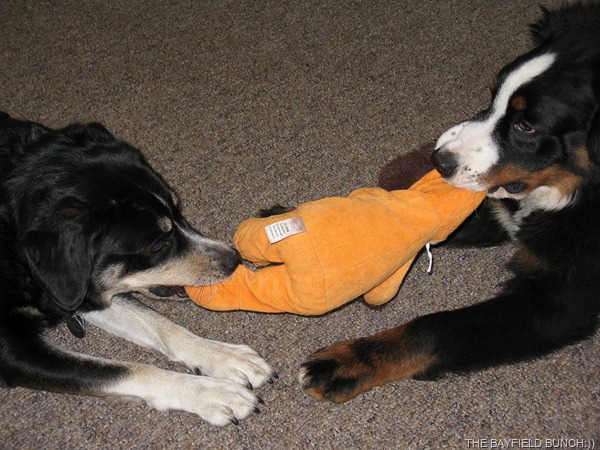 MANY TUG OF WAR GAMES GOING ON THIS AFTERNOON
Had a great idea from HAPPY TRAILS regarding adobe straw bale fencing for our Congress house. Don't know why we didn't think of it but we just didn't. Or, if we did, we temporarily forgot. Love those adobe walls & of course it would fit right in perfectly with our house & grounds. In fact, I'm sure I could maybe do some of that straw bale piling part myself. We will definitely be looking into the cost of all this for sure & luckily we already have a foot in the door with the fellas who did the adobe job on our Ghost Town Road house just this past March. What an obviously great idea.  STRAW BALE WALLS & FENCING 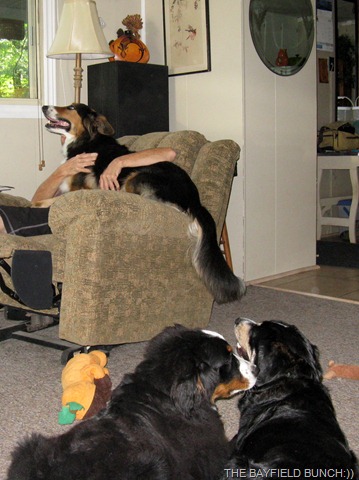 Judy, from TRAVELS WITH EMMA had an interesting question at the end of her post Thursday. She asked, "do you ever read your old posts". My answer on Judy's blog was, 'Nope, very rare for me to go back & read something I have written'. And, of course that is true. I read with a very critical eye, which of course makes me my very own worst critic. I see spelling & grammar mistakes. I see sentences that could have been written better & my mind is abuzz about where I should have added things, taken things out, & just generally have done a better job on the post. But, the real kicker comes for me when I read things I have written that could have been better left unsaid. When reading an old post for some reason it is not uncommon for me to blurt out, 'awwww nuts, why did I say that!! Or, oh geeezzzzz, I really embarrassed myself there again. Or, ‘oh crap’ I certainly should have worded that better!!  Personally, I feel the best way to write something is to write a rough draft & let that draft cook for a few hours or at least over night. Maybe even a few days or a week or two. Add to it, change this, delete that, think about what you have written & ask yourself if it’s the best you can do. Of course, none of this is really too practical for a daily Blogger though.  But, here’s the flip side…..I can just about look back at any period of time in my life for the best part of the last 5 years & know exactly what I was doing on any day & where I was.  How I was feeling & what I was thinking.  Of course I don’t know why I would want to do all that, but if I did…………..there it all is:)) 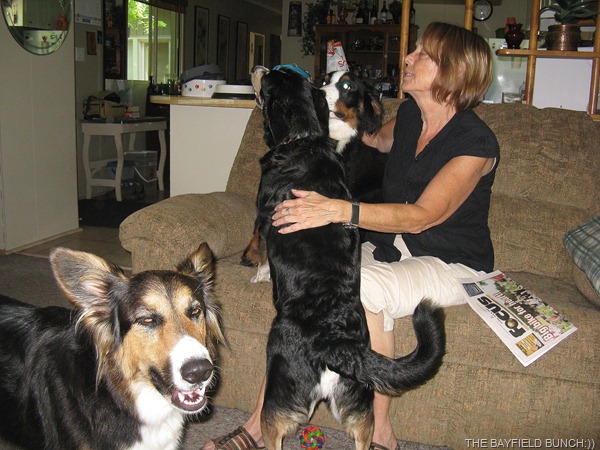 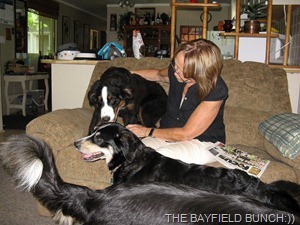 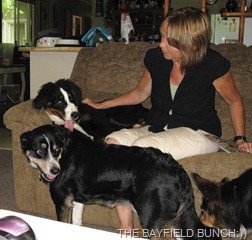 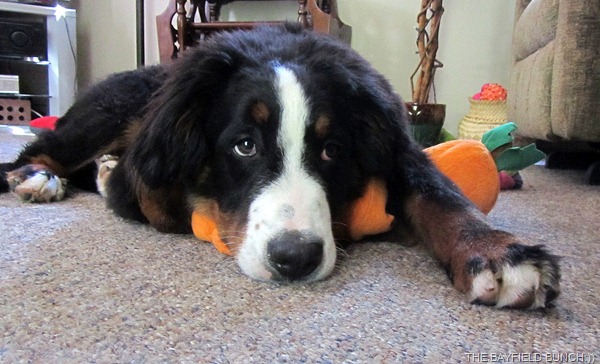 THAT GUINNESS IS A GROWING BOY
Neither Kelly or could remember the last time we had ordered a pizza so tonight for supper, pizza it was. Kelly phoned it in & I slipped into Bayfield to pick it up. Car sure smelled great on the way home. We're really not big pizza eaters any more & tonight's decision was kind of a spur of the moment thing so it may be a very long time before we have another one. We are both eating a lot healthier these days & the $18 price tag left us kind of shaking our heads at each other. 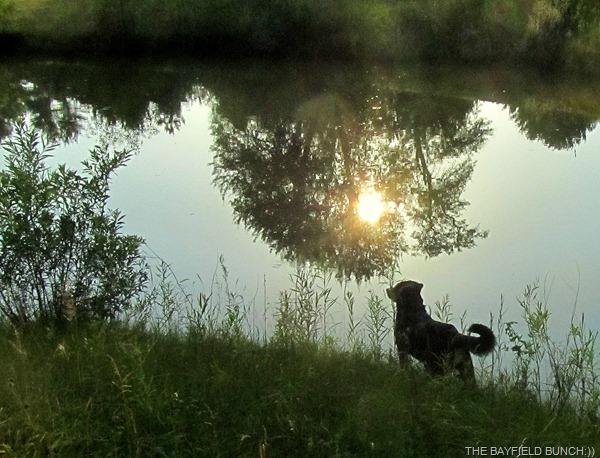 AN ALERT PHEEBS ON EVENING FROG PATROL
Was surprised to see our local Canadian Tire store in Goderich had CELESTRON 15 x 70 binoculars on sale for under a hundred dollars so I slipped up & grabbed a pair. These binoculars are far more powerful than my current ones & will for sure get me further out into space. Now, if I could just get myself inside those binoculars & transport myself through the magnification & travel free through the starry night skyways.  Aw, tis quite a dreamer I am:)) 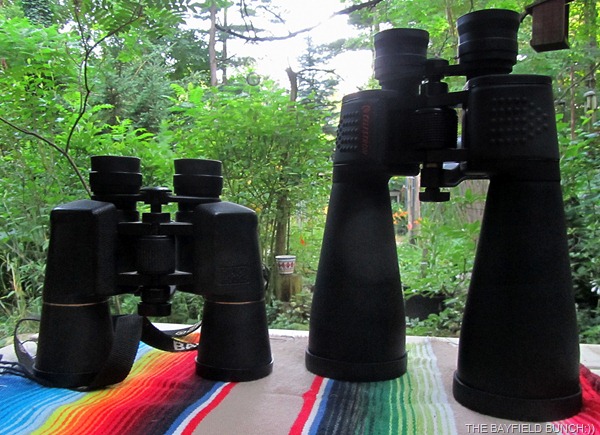 - The only thing better than right now will someday be the memories of right  now...AL.
stargeezerguy@gmail.com
Posted by Al Bossence at 7/06/2012