BYE GUYS, & THANKS FOR THE GREAT WEEK-END 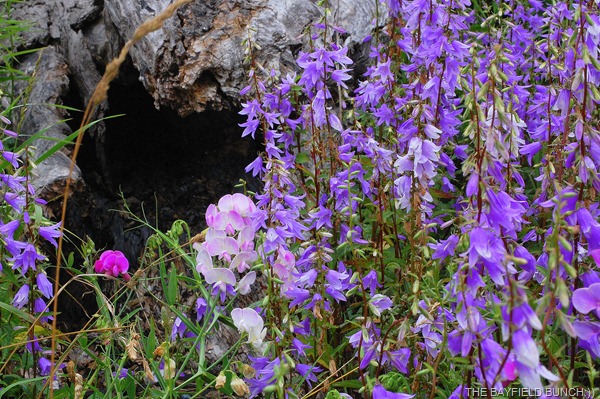 Closed the hall door last night again & spent the night in my recliner with the gang sacked out near by. As soon as I stirred this morning around 5 a.m. I was pounced upon by wagging tails, slurrpy smooches, & playtime yips.  Minutes later I was on the floor with a big green blanket over my head for a rollicking game of 'Blanket Monster'. Little Guinness just loves wrestling with the big green Blanket Monster:)) 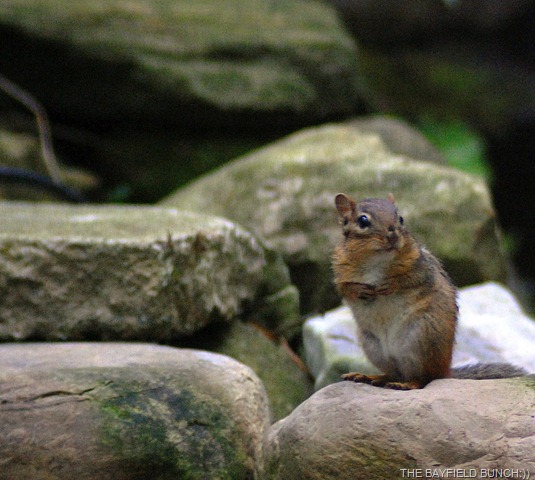 We finally made it all the way round the morning trail. Cooler air put a damper on the Deer Flies & they didn't seem to be biting. How nice to see all the guys roaring up & down the trails & bounding through the bush. I love seeing dogs running free. 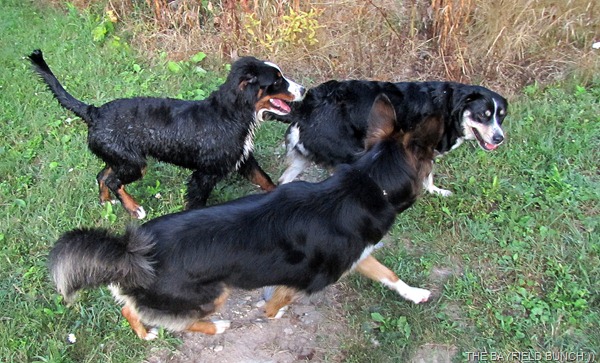 Kinda had myself a wee case of cabin fever after sticking so close to the A/C in the house this past week but with this mornings mid 50's temps I was looking forward to some outside physical activities again. Time to get those achy cobwebs out of my legs & time to pump some fresh air into this tired old head of mine & get a few dormant brain cells functioning again. I like when that happens. 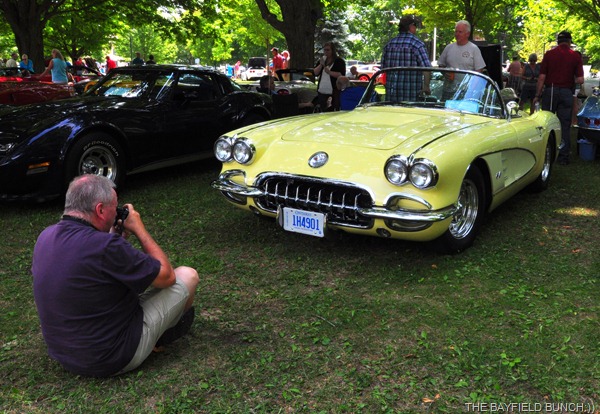 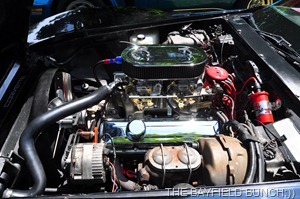 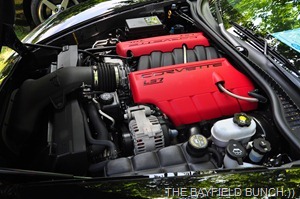 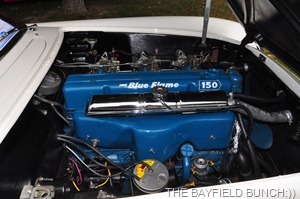 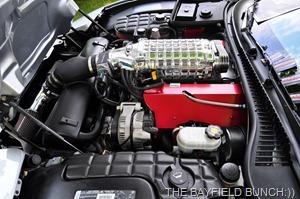 Yard work maintenance kept me busy for about an hour.   With the cooler air my thoughts turned to Fall, which in turn led me to some little jobs around the Motorhome. Windows, washing, & a general light inside clean-up. We take the rig in to have new tail pipes put on Tuesday morning. Even hauled out our seldom used bicycles for a wash. Of course, all the time keeping a wary on the frolicking & clowning of the action packed black dog gang. Never a dull moment with those guys for sure:)) 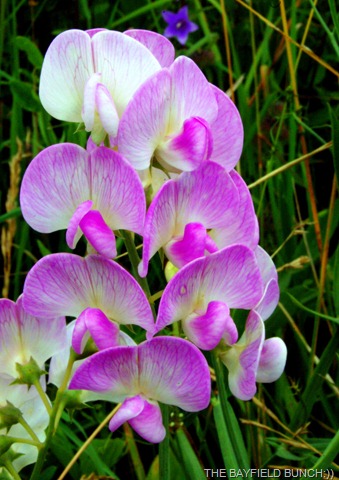 And finally, a call this morning from Dr. Anand's office. I am to report Friday morning to the Goderich hospital at 9:15 to have two growths removed. Fortunately, the one on my right temple has already completely disappeared so that just leaves the small one on my chest. With a little bit of luck, the biopsy on that one will turn out alright. Of the two small growths, it is the chest one they were concerned about.

Turned out to be a quiet afternoon, with the exception of the big green Blanket Monster stirring things up around 3 p.m. Kelly was home about 4 & Matt from DEER PARK LODGE came about 5 to pick up Stella & Guinness. Sad to see them go but we sure did enjoy having them here for the week-end. Lots of good times, snuggles, smooches, hugs, slurrpys & just general kibitzing around.  Bye Guys, & thanks for the great week-end.  The big green Blanket Monster’s gonna miss ya. 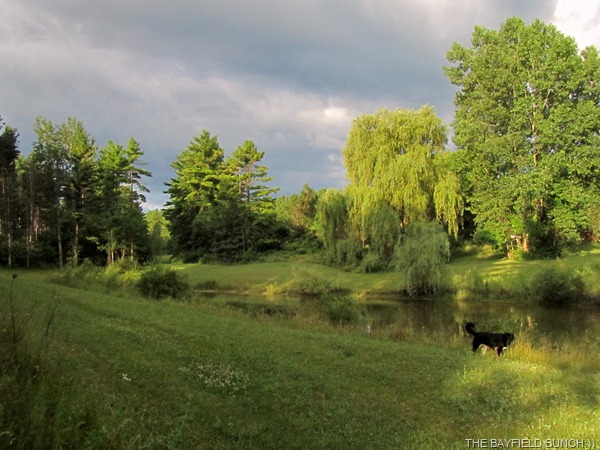 PHEEBS SCOUTS AHEAD FOR FROGS ON OUR MORNING WALK

GROANER'S CORNER:(( Veteran Pillsbury Spokesman, Pop-N Fresh, died yesterday of a severe yeast infection. He was 71 years old. Fresh was buried with one of the largest funeral ceremonies in recent years. Dozens of celebrities turned out including: Mrs Butterworth, the California Raisins, Hungry Jack, Betty Crocker, Chef Boy-Ar-Dee and the Hostess Twinkies. The gravesite was piled high with flours, as long time friend, Aunt Jemima ,delivered the eulogy, describing Fresh as a man who never knew how much he was kneaded. Fresh rose quickly in show business, but his later life was filled with many turnovers. He was not considered to be a very smart cookie, wasting much of his dough on half-baked schemes. Still, even as a crusty old man, he was a roll model for millions. Fresh is survived by his second wife. They have two children and one in the oven. The funeral was held at 3:50 or about 20 minutes.
---------------------------------------------------------------------------
- Tourists see the world, travelers experience it.
- Home is where your pet is:))
- "If having a soul means being able to feel
love and loyalty and gratitude, then animals
are better off than a lot of humans."
(James Herriot)
- The pessimist complains about the wind; the optimist expects it to change; the realist adjusts the sails -William Arthur Ward
- The only thing better than right now will someday be the memories of right now...AL.
stargeezerguy@gmail.com