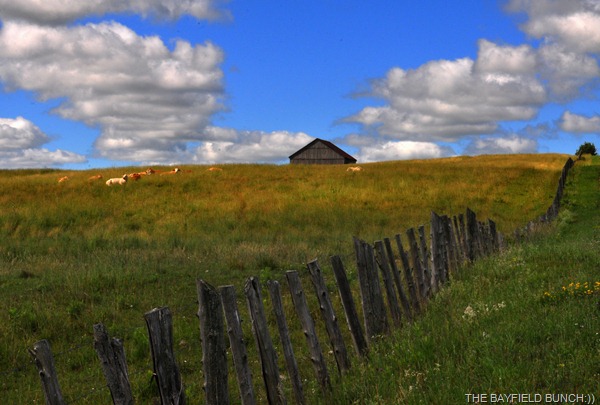 It is not uncommon for me to spend the majority of my night stretched out in my recliner.  Some of that time I am able to sleep & other times like last night I just sit there awake with soft ambient music in the background.  And some of that time I have a little 45 pound doggy sound asleep on top of me.  I never have the heart to tell her to get down because she likes sleeping on Dad's lap.  What a precious little heart warming Princess our Pheebe is & she can sleep on my lap any time she wants:)) 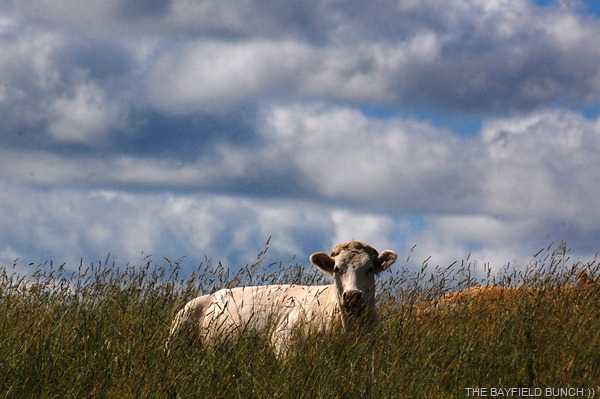 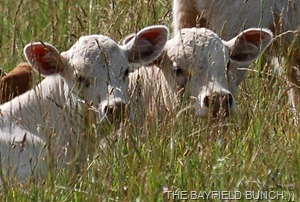 Had a slight coincidence this morning.  Noticed the date on the computer said June 25th & it reminded me that Christmas day was exactly 6 months from away.  About half an hour later I stepped out of the shower to the strains of Bing Crosby singing, ‘White Christmas’.  The cassette tape I had in the cassette  player was called, ‘Radio Days’ with various artists from the 40’s & it just happened to be playing that song.  Cool:)) 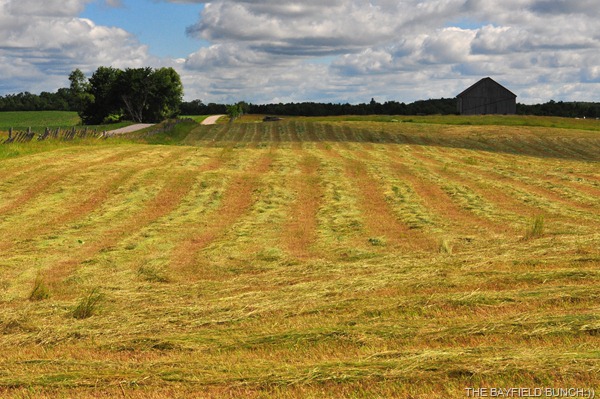 Started my day off with a trip to the Medical Center in Goderich.  They were needing another gallon of blood for a second round of checks to see how my body is reacting to the anti-cholesterol Crestor drug I started over a month ago.  Didn't get a call back from the first round of tests so am assuming the body is co-operating with the drug.  I have not experienced any of the possible side effects from the pills either. 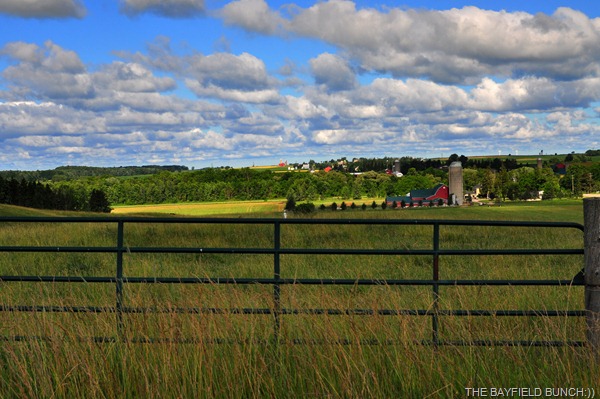 Turned out to be one of those picture perfect mornings with big fluffy cottonball clouds in an endless blue sky.  Fresh cooling breeze off the lake chased any hint of humidity out of the air.  Following my blood work at the Lab I grabbed a coffee & headed myself right out of town into the country side.  I knew with that kind of sky there would be some nice photos waiting just around the corner somewhere.  Maybe we don't have any mountains to hike or desert canyons to explore but we do have lots of back country roads running through fields & forest greens.  Wheat & barley fields stretch over hilltops & around river bends.  Wavering wagon tracks on gravel roads tell of early morning Mennonite buggies heading to & from markets & stores in nearby sleepy little Hamlets.  Couple ladies in long dresses & bonnets waved from a roadside vegetable garden. 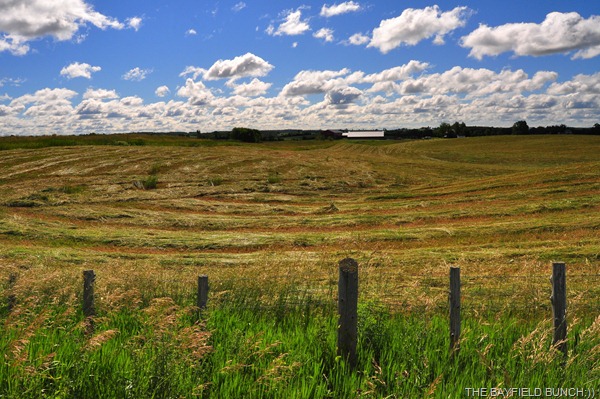 Some may remember a few years ago when I started up the Motorhome one morning & forgot I had done so.  Headed off to Goderich & when I returned home 5 hours later the Motorhome was still running.  Well, I basically did the same thing with the rig's generator this morning.  Hadn't run it for awhile so fired it up, got busy with some things around the yard & in the house & it wasn't until a couple hours later I happened to open the patio door & could faintly hear a motor running somewhere......Awwwww nuts!!!!  Think I might have done that one day last summer too:(( And, Kelly’s supper went missing tonight.  She had just set her plate of food on the table when the DEER PARK LODGE phone rang.  She just finished with that call when a second Deer Park call came in.  I was in the living room eating a bowl of strawberries & while Kelly was on the phone in the sun room…….her untouched supper mysteriously vanished.  Now, we are not sure what happened,  but a certain little dog was seen in the vicinity of the kitchen just prior to the disappearance.  Only other logical explanation would be that an Alien spaceship came down & beamed up Kelly’s supper.  Now, how’s that for a bit of realistic thinking eh:)) 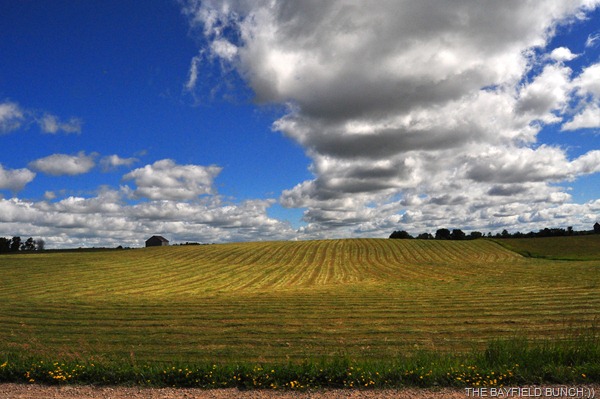 GROANER’S CORNER:((  A family had twin boys whose only resemblance to each other was their looks. If one felt it was too hot, the other thought it was too cold. If one said the TV was too loud, the other claimed the volume needed to be turned up. Opposite in every way, one was an eternal optimist, the other a doom and gloom pessimist.
Just to see what would happen, on the twins' birthday their father loaded the pessimist's room with every imaginable toy and game. The optimist's room he loaded with horse manure.   That night the father passed by the pessimist's room and found him sitting amid his new gifts crying bitterly.
"Why are you crying?" the father asked.
"Because my friends will be jealous, I'll have to read all these instructions before I can do anything with this stuff, I'll constantly need batteries, and my toys will eventually get broken." answered the pessimist twin.
Passing the optimist twin's room, the father found him dancing for joy in the pile of manure. "What are you so happy about?" he asked.
To which his optimist twin replied, "There's got to be a pony in here somewhere!"