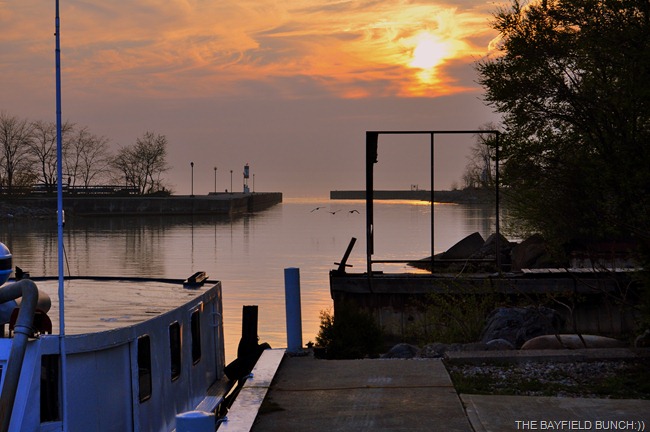 Managed to get Wednesday night’s blog published early so took myself for a drive down around the Bayfield harbor around sunset. Tonight’s photos are from Wednesday night. 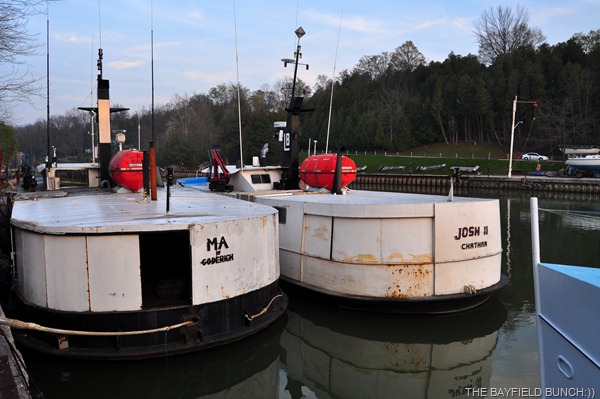 FISHING BOATS TETHERED TO A BAYFIELD DOCK
Rolling thunder boomers out over the lake this morning ushered in a rainy start to the day. Pheebs & I had to get the bird feeders out between showers. No sign of the Raccoon this morning so hopefully yesterday mornings scare will have him going elsewhere from now on. 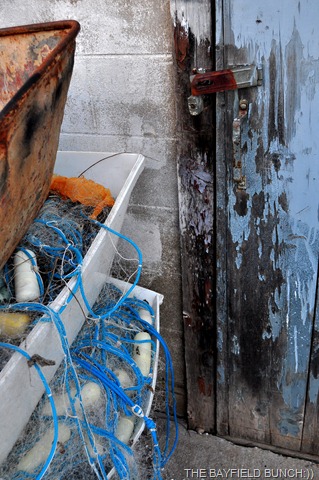 <<< BINS OF FISHING NETS BESIDE AN OLD FISHING SHED
Waited around this morning to see if Passport Canada would phone back but they didn't.  No idea what's up but when it comes to Passport issues it is not something to take lightly or shluff off.  As Canadians, we are on thin ice every time we skate back & forth across that border.  We know RV'ers who were turned back at the border for whatever reasons & their RV days were over right there & then.  Sandra & Gordon come to mind from near Ottawa.  With bureaucracy being the way it is, a small mistake, a misunderstanding, or an oversight can have dire consequences for travelers hoping to travel Stateside.  And, it has increased meaning for us now because of our house & property in Arizona.

Decided to head for Mitchell Ontario & visit my Uncle Harry at the Ritz Villa Care Facility later this morning.  Heavy rain showers followed us all the way there.  Harry was in a talkative mood & Pheebs even got some smiles & chuckles out of him.  He's still doing reasonably well for his age.  He will be 96 in a couple weeks.  Rain ended & we drove home through a heavy sludge of humidity.  Our temps soared to over 80F which was warmer than Congress, Arizona.  Spent the afternoon in front a fan.

SAME 3 GEESE HEADING DOWN RIVER AS SEEN IN FIRST PHOTO
Take out Coffee & Muffin at Tim Hortons on the way home today which made me think of something.  Wonder how many people eat their muffins upside down the way I do.  Bottom first.  I always roll my muffin over, peel off the paper & pick away at the softer bottom section until it's gone.  Then comes the tasty mushroom shaped top part which I call the lid.  I always save the lid for last because to me it's the tastiest part of the muffin.  You can tell I do have myself some very deep thoughts some days.......... 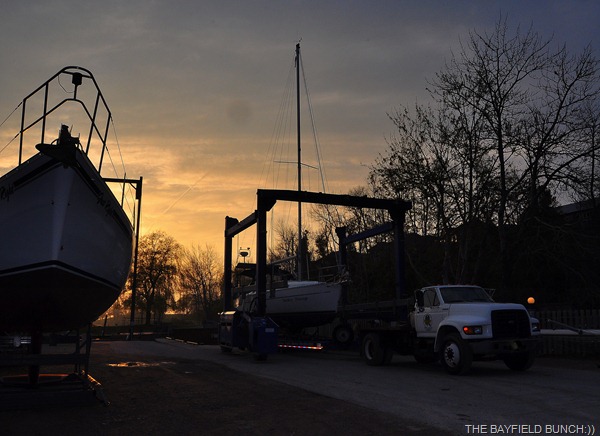 PUTTING BOATS IN THE WATER FOR ANOTHER SEASON
Took me awhile but I have finally broken my morning television news routine. Always watched the news each morning to see what events had transpired in the world overnight. Seems the majority of networks & pretty well all of the local channels have gone to the morning ‘Happy Gang’ routine now. Newscasts have been turned into frivolous entertainment shows with as many as 4 people bantering & cackling back & forth with each one vying for attention with silly little humorous quips & annoying giggles & phony laughter. Between all that & the reams of mind numbing commercials interrupting every few minutes, I just decided enough was enough & this year stuck to my guns & have left the television off in the mornings. Why start the day off on the wrong foot by having people annoy me. By the way, I like my newscasts delivered by one person, straight up, not shaken, & not stirred!! 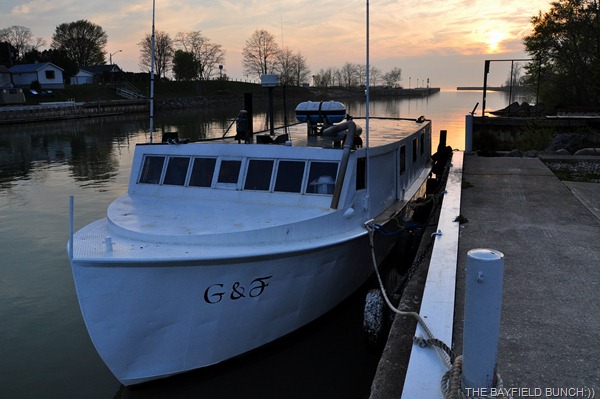 As I type this tonight, heavy storms are rolling in across the lake trouncing us in heavy downpours & driving the humidity out of the air setting up cooler temps & some fog.  I raced over to the lake after supper in hopes of catching some dramatic stormy sky’s but it was a solid sheet of gray out over the lake & I barely beat the rainy deluge back home.  Left the cameras in the Jeep & made a mad dash into the house.  Can you tell I am feeling a lot better about my legs & my legs are feeling a lot better about me:)) 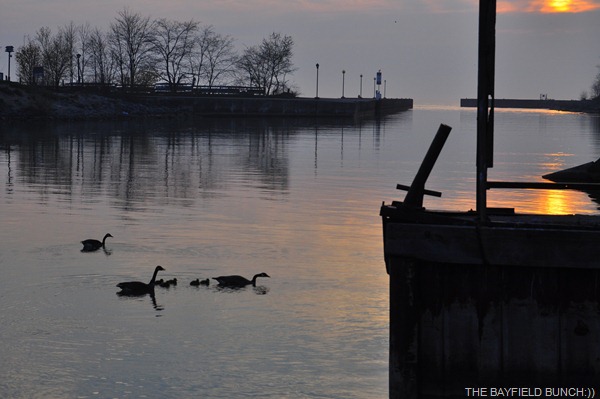 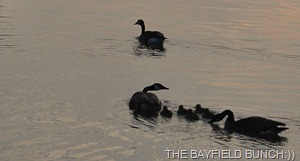 TexCyn from TEXCYN LIFE joined us today on our Blog Followers list. Looks like we have another dog lover here. Welcome aboard & keep all those tails a waggin:)) Your little Class C looks a bit intimidated tucked in beside all those big 18 wheelers.

After pouring a bit more thought into my mention of the Wagonteamster site, both Kelly & I would have to say we are both inclined to agree with HOBOPALS, BOB, & GYPSY’S thoughts.  The concept is interesting enough & I do understand this fellows desire to do something different but in this day & age of heavy traffic & congested roads I think the time has past for attempting something like that.  I have respect for his drive & determination but it is not only a danger to the horses & the wagon driver himself but it is a danger to surrounding traffic.  One tragedy has already occurred.  The unknowing poor horses died, (to me that was the worst part) the wagon driver injured & how must that unsuspecting truck driver have felt after the accident.  Just our thoughts here at The Bayfield Bunch tonight & I do wish this fellow & his horses all the best & safe travels. 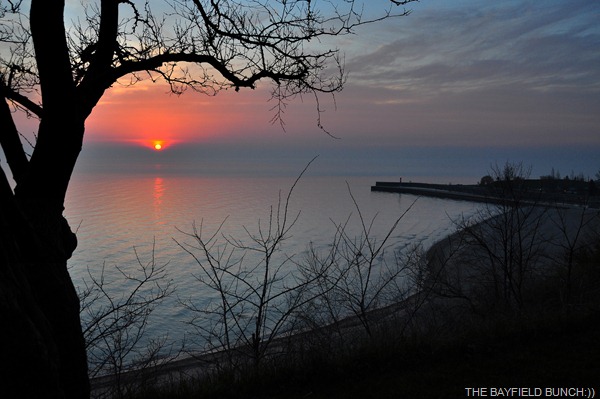