A VISIT WITH UNCLE HARRY TODAY 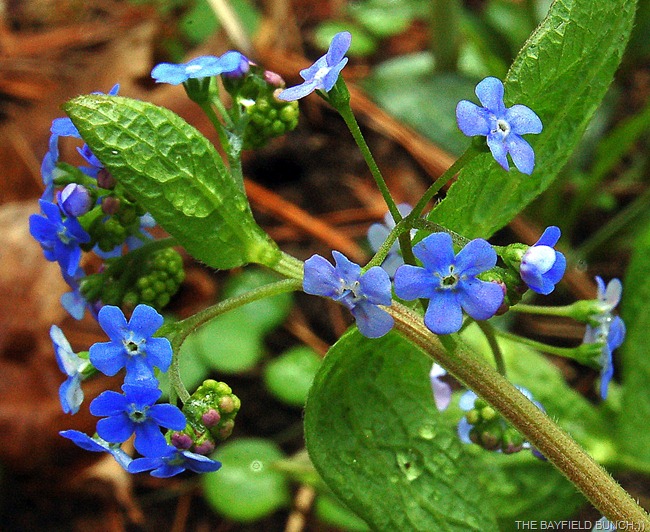 We hadn't seen my Uncle Harry since heading south last November so this morning we loaded up the Pheebs & Jeeped ourselves over to Mitchell Ontario. Uncle Harry just loves seeing the Pheebs because Harry has always been a dog person. For turning 96 next month he is still doing reasonably well & the Ritz Villa Care Facility takes good care of him. 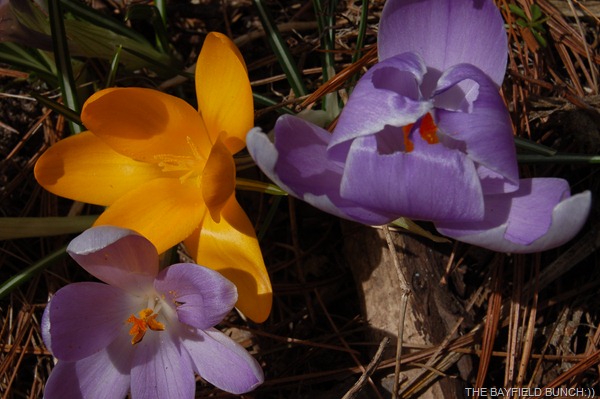 We have some inclement weather heading our way but today was still bright & sunny. We just need a little more warmth in the air to kick start the Spring growth season.  I really need to get the outside water hooked up & begin the task of getting all the bug juice cleaned off the front of the rig.  Normally when we return from the Southwest it is still cold but with this years unusual warmer temps & our later start for home we ran into a lot of bug infested hot weather on the way.  Splat, splat, splat!!  And, mentioning coming home, here 's a couple pics showing the big difference from this year to last year. 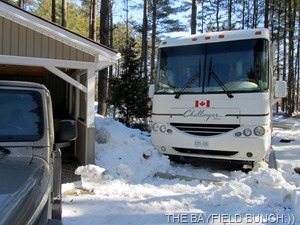 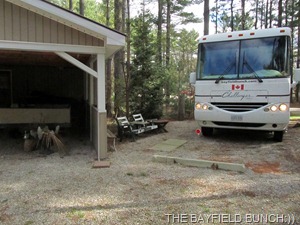 A fellow RV Blogging lady is experiencing some very difficult days at the moment as her husband, in intensive care at the moment is very ill. Nan from THE CONFESSIONS OF THE RV LOVING FIBER ARTIST has been spending long hours at an Indianapolis Hospital by husband John’s bedside.  You are in our thoughts Nan. 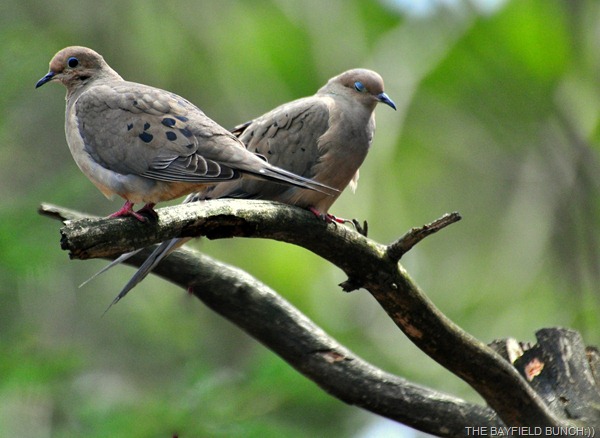 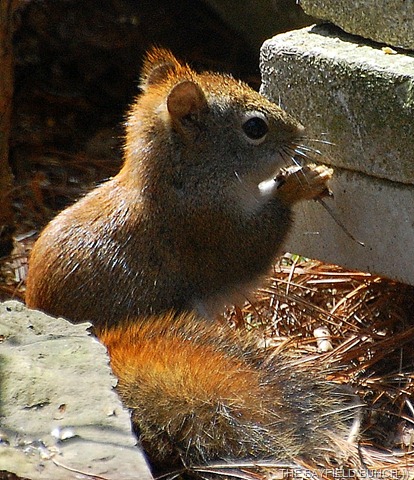 DON’T MIND THESE LITTLE RED SQUIRRELS, IT’S THE BLACK SQUIRRELS THAT CAUSE ME BIRDFEEDER GRIEF
How would you like to have a job at the the Grand Canyon for the summer.  Gaelyn from Geogypsy does & she well be leaving her winter digs in Yarnell Arizona next week for another season at the Grand Canyon's NORTH RIM.   Gaelyn recently purchased a new Nikon D5100 so we are all going to soon have some great photos of the Canyon headed our way. 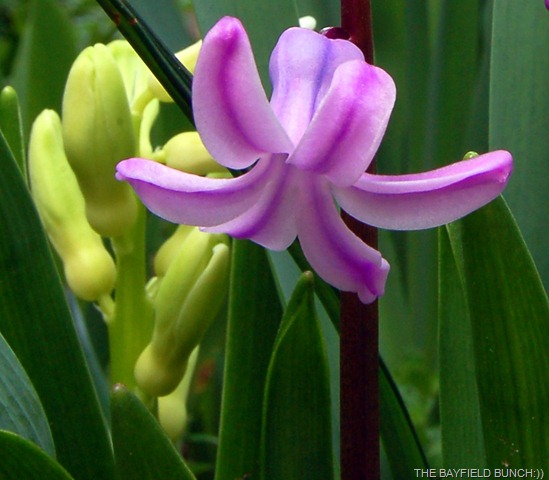 Well, Tuesday morning will mark the beginning of what may possibly turn out to be an interesting summer on the medical side of things for me.  I have been extremely fortunate all these years in not having to spend much time under medical care of any kind.  Aside from a couple minor surgeries on both feet for bone spurs I have been a lucky guy.  Considering the rough & tumble drinking days….very lucky indeed.  Only medication I've ever taken is something called Arthrotec for the stiffness in my legs.  Some of you may remember me ending up in a Tucson Arizona hospital last December with a painful kidney stone.  A CT Scan showed that stone to be large & impassable.  Also showed numerous other kidney stones plus some other stuff going on inside around the kidney, liver & bowel areas so tomorrow morning will be the first of what I suspect will be a number of medical appointments this summer.  Yuk, hate all that stuff but I'm at that age & stage now where I guess I have to finally expect some breakdowns:(( 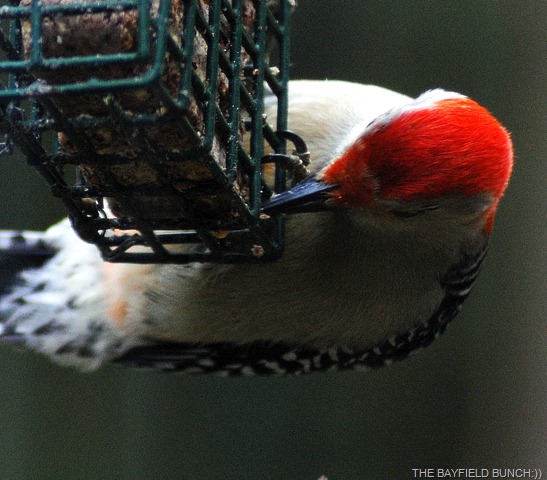 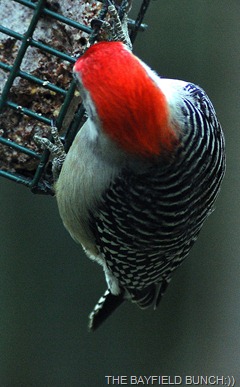 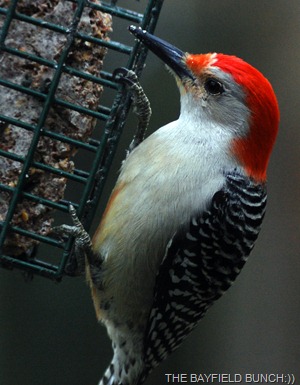 Just in case you’ve always had a hankering to know what ‘dog piling it’ means, I suggest you head on over to SPOTTED DOG RANCH & check it out.  Yes, it has something to do with dogs alright, & a rowdy cat or two. 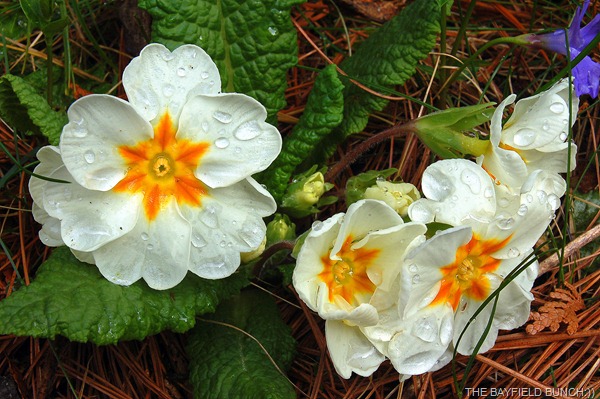 And, it is with great sadness that I just read on Facebook a few minutes ago about the passing of ‘Fillmore.’  We first met Fillmore just west of Yuma a few years back when the late Doug Dubrouillet & JoAnn came out to the desert to try a little boondocking with the Bayfield Bunch.  Fillmore was a blast, bounding around the campsite.  At one point he chased a ball right into our burning campfire.  That resulted in an ‘ouchy’ paw but after a bit of medical attention he was soon racing around upside down again.  Fillmore was quite well known among many RV Blog folks.  Our hearts go out to JoAnn tonight.  I sure understand how she is feeling.  JoAnn has put up some photos of Fillmore HERE.  You can see some pics & read about our last day with Fillmore on our post, WE WAVED GOODBYE TO FILLMORE THIS MORNING. 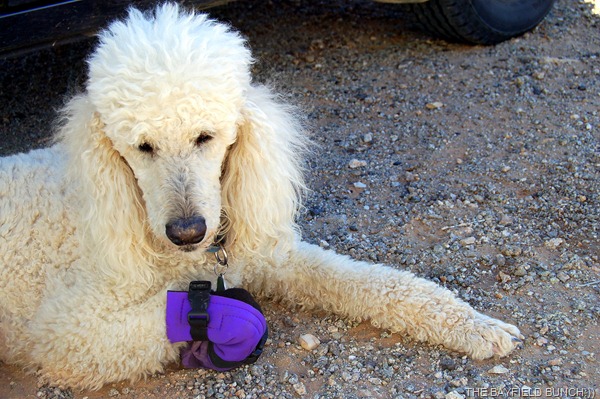 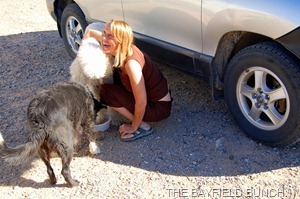 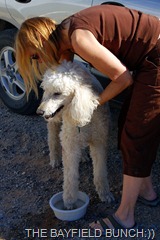 OUR CHECKERS CHECKS OUT FILLMORE’S PAW

GROANER’S CORNER:((  Two Irish guys are fishing. The first guy reels in his line and sees that he's snagged an old bottle. As he's taking it off the hook, a genie pops out and promises to grant him one wish. "Turn the lake into beer," he says. The genie goes "Poof!" and the lake turns into beer. He says to the other guy, "So what do you think?" The other guy says, "You jerk. Now we've got to pee in the boat."