BACK TO THE LAZY W RANCH…. ONE MORE TIME 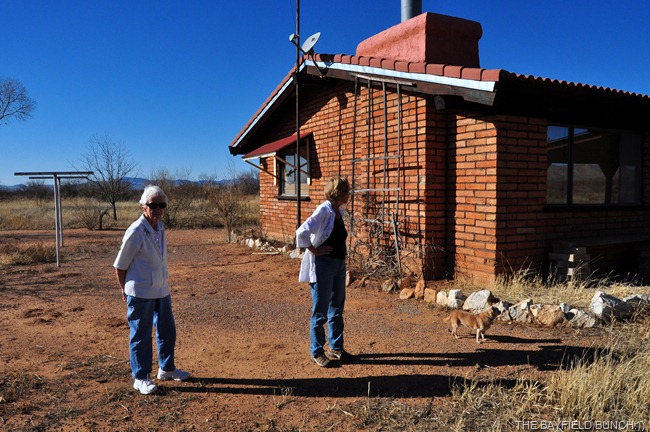 SAD, KNOWING THIS LITTLE RANCH WILL PROBABLY END UP LIKE SO MANY OTHERS IN THE VALLEY…NEGLECTED AND DETERIORATING
(Saturday morning...just corrected the title from from Flying W Ranch to Lazy W Ranch.....don't know why I always get that mixed up)

My Aunt Jean was the independent one in a family of 3 Brothers and 1 Sister. (my Mother).  Jean and & I have often compared our similarities.  Two brothers spent time overseas in England during the war but it was Jean who had the adventurist spirit striking out on her own for Florida back in 1964.  At an early age she had already had enough of Canadian winters and rather than complain about it for the rest of her life she took the bull by the horns and moved, lock stock and barrel to Sarasota Florida.  I have always admired that kind of spunk in my Aunt Jean.  By the way, a reader asked how my Uncle Harry is doing and he is holding his own at the care facility. 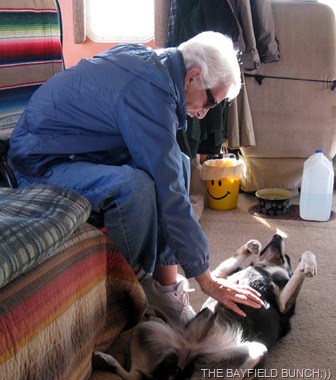 Coming from a Canadian banking background and pursuing that in the States, Jean completely switched careers mid stream finally leaving the banking world behind.  She put herself through several difficult years of nursing studies while working at several Doctor’s offices.  At the age of 51 she succeeded in passing her final exams to become a full time registered nurse and worked in area Sarasota hospitals right up until 1993.  A hardworking and independent lady indeed.  Yep, that’s my Aunt Jean:)) 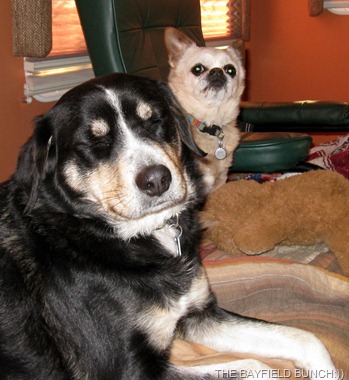 Solved a small mystery this morning.  When Kelly went to bed last night she noticed one of her slippers missing.  Of course we had an immediate suspect but no slipper was to be found, until the morning sun came up that is.   There, outside the Motorhome about 40 feet away was the slipper sitting beside a recently dug hole in the ground awaiting burial.  When all 4 furry suspects were questioned it was Pheebs who sat there with the biggest guilty look on her face.  Mystery solved. And, no damage to the missing slipper:)) 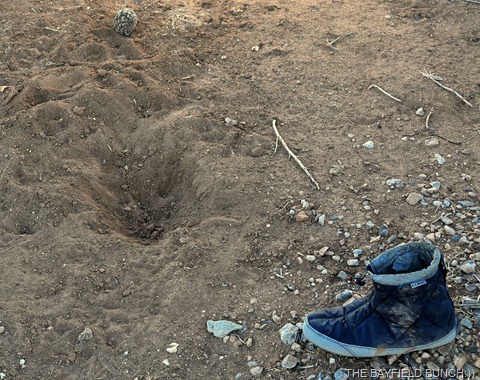 A relaxing morning around the Ranch.  Kelly worked the phones making arrangements for my Renal Ultra-Sound results to be faxed to the Library in McNeal.  Page one did make it to the Elfrida Library but due to a problem with the fax machine, we had to pick up page two of the fax at Bob’s Hardware Store in town.  Quite a round about way to receive a serious medical report.  Um, quite a way to way to hear about one’s own innards too I may add.

Ranch owner Jeanie emailed us this morning saying we could use their pick-up truck for sight seeing.  Much more room than the Jeep.  Thought that was very thoughtful of Jeanie & Ray to let us use their truck.  We needed a big bag of birdseed so that worked out perfectly.  Aunt Jean, Kelly, Pheebs, Motor and myself all headed for Elfrida’s High Lonesome store & picked up a 50 pound bag of seeds.
A stop at the Library to pick up my test results and then we were off up to the Lazy W Ranch.  Jean had wanted to see it so we made our way up the ever bumpity road. 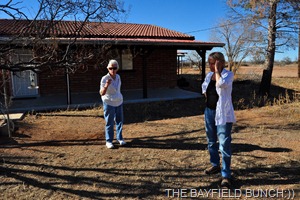 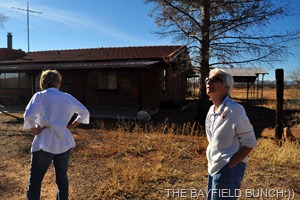 After arriving at the Ranch we noticed something this time that we had missed before.  Two rocks with writing on them at the northern corner of the front porch.  A closer inspection of the rocks revealed something and many fellow RV Bloggers will recognize the names on these rocks:))  The Lazy W looked exactly the same as the last time there a few weeks ago and I suspect it will sit here quietly looking basically the same for years to come. 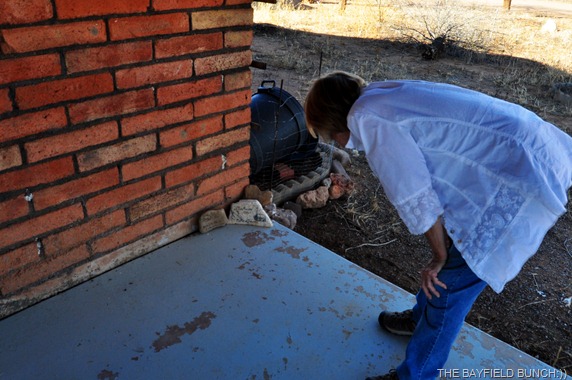 KELLY SPOTS THESE ROCKS IN THE CORNER OF THE PORCH
A stop at the local McNeal Post Office netted us a special package today.  And, coincidentally that package had a connection to one of the lettered rocks at the Lazy W.   Kelly has always liked the socks that Karen at SMALL HOUSE....BIG BACKYARD makes so ordered herself up a few pair.  Karen’s package arrived today with Kelly’s socks plus an additional gifted pair for both us complete with a great Christmas card and festive wrapping.  It was the closest we came to Christmas this year as we opened our individually wrapped packages:))  Thank you so much for the socks Karen.  They are the grooviest socks I have ever had.  And thanks for sending a little Christmas our way.  Kelly put on a pair of socks right away and strutted them around all day:)) 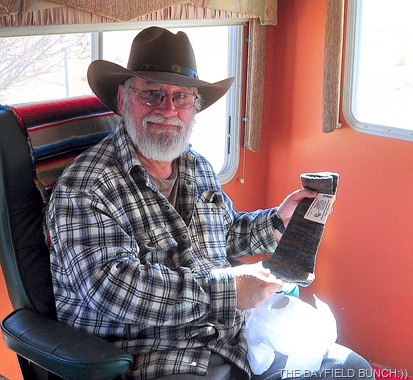 THANKS KAREN, MUCH APPRECIATED:)) 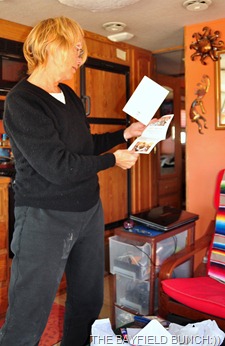 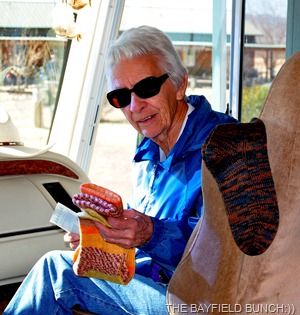 PHEEBS DOESN’T SEEM TO BE FAZED BY ALL THE FUSS WE ARE MAKING OVER THE SOCKS
JIM JENKINS dropped by our site today & became our latest Blog Follower.  Welcome aboard Jim & hope we can keep you interested enough to stay tuned.

The Last Paragraph:  We didn’t receive the phone call from the Tucson hospital we were hoping for today but we did receive the written report.  There was a lot in the report as Kelly read it aloud while we were driving.  Without the Doctors professional opinion though, we are still in the dark as to what it all means. 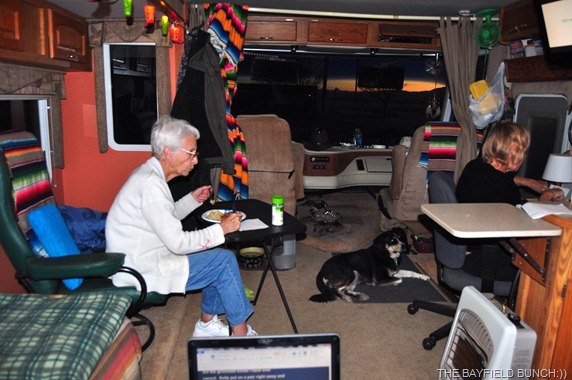